Tina Ambani and Anil Ambani’s son, Jai Anmol Ambani is finally a married man as he had tied the knot with the love of his life, Krisha Shah, on February 20, 2022. They had exchanged the rings in December 2021, and had got married in a grand ceremony in 2022. Social media has been buzzing with their wedding festivities, and we are awe-inspired to witness the fashion game by all the guests. While the new Ambani bahu’s wedding ensembles stole our hearts, we are drooling over how Anmol’s bua, Dipti Salgaocar and his cousin, Isheta Salgaocar took the fashion game a notch higher.

Anissa Malhotra Jain had shared a picture of Anmol and Krisha after their wedding to congratulate them. In the picture, the new Ambani bahu could be seen wearing mangalsutra along with her wedding ensemble as the newlyweds had looked into each other’s eyes with love. However, what had caught our attention was the way Krisha had styled her gharchola uniquely, draped at the back of her lehenga in gathers. For the unversed, a Gujarati bride wears a ‘gharchola’ given to her from the groom’s home. It has tie-and-dye bandhini work over it. Ghar means home, and chola means cape, and it is a way to welcome the new bride and signify her union with her marital home. 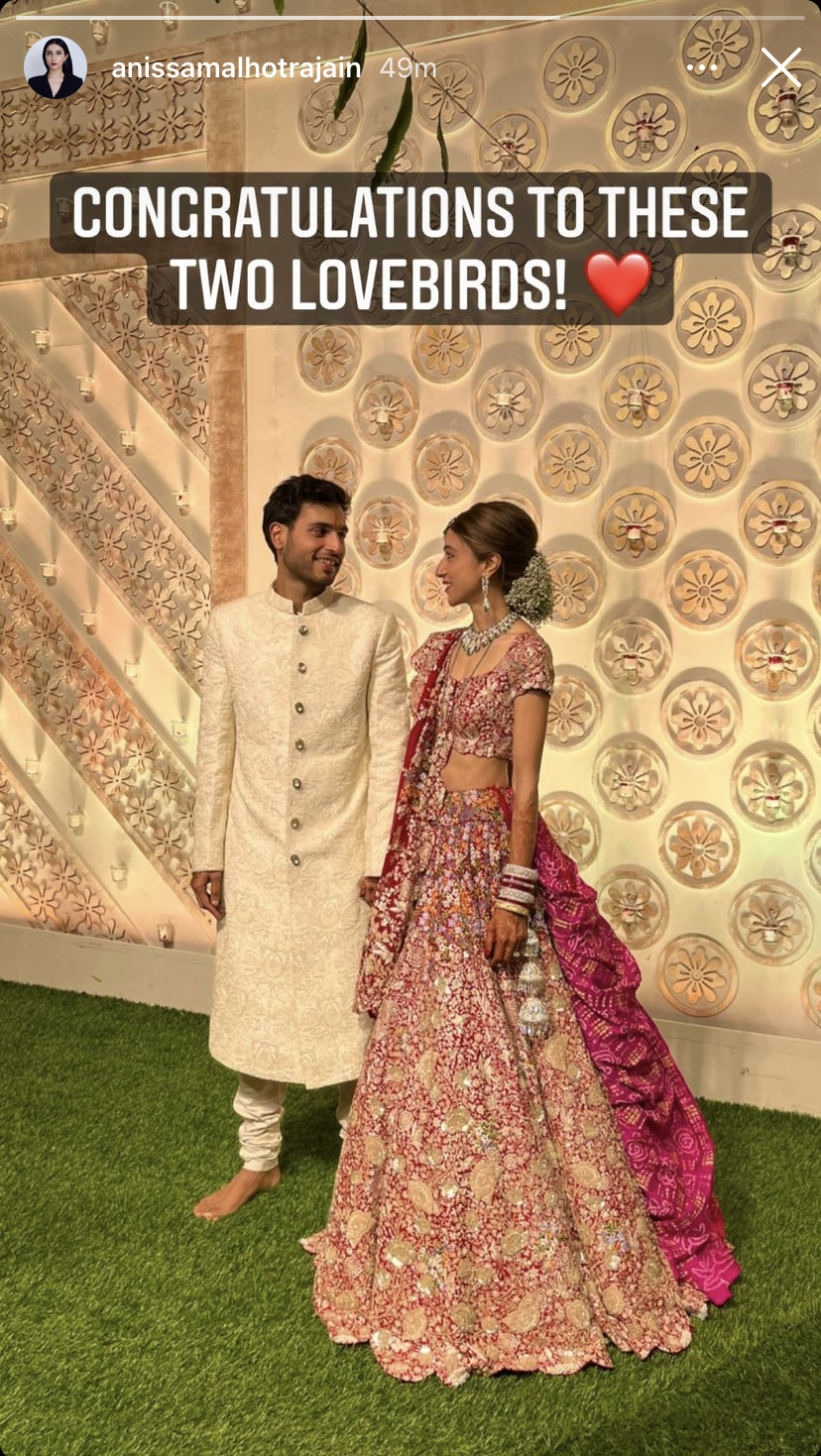 As the pictures and videos from Anmol Ambani and Krisha Shah’s wedding and post-wedding functions are hitting social media, we are stunned by everyone’s fashion game. A while back, designer duo, Abu Jani Sandeep Khosla's official page shared a picture of Anmol’s bua, Dipti Salgaocar and his cousin, Isheta Salgaocar as they were all dressed in the designer’s ghagra sets for his wedding ceremony. The stunning mother-daughter duo looked eternal as Dipti wore pistachio and pink Mehjabeen ghagra and Isheta wore a patola lace, resham, gota and sequins ghagra. The picture was captioned as:

“Mothers & Daughters- An Eternal Bond. Dipti Salgaocar radiates grace in a pistachio and pink Mehjabeen ghagra as her daughter, Isheta Salgaocar, stuns in a a Patola lace, resham, gota and sequins ghagra by #abujanisandeepkhosla.” 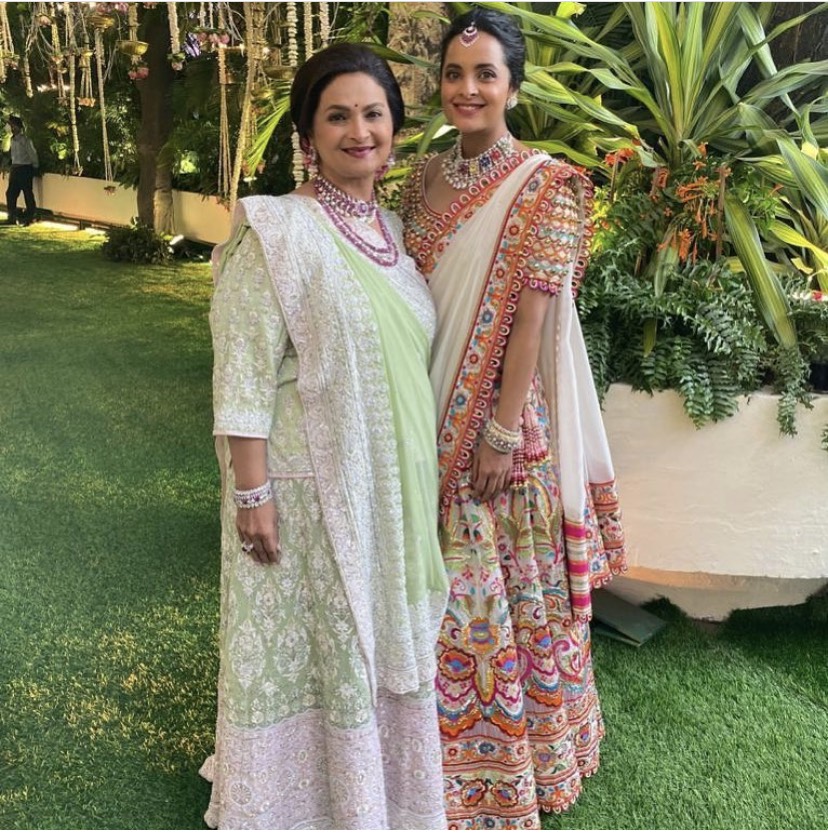 For the unversed, Dhirubhai Ambani’s daughter, Dipti Ambani had married Duttaraj Salgaocar 37 years back and is settled in Goa. Duttaraj is a big businessman just like his late father, Vasudev Salgaocar, who hails from Saligao in North Goa. He is the owner and Managing Director of V.M. Salgaocar Group of Companies and is also the owner of Goa’s famous football club, ‘Salgaocar’. The Ambanis and Salgaocars were popular business tycoons in the 1970s and were family friends as well. It was love at first sight for Duttaraj, who was a frequent visitor at the Ambani’s. After a courtship of five years, Dipti and Duttraj had got married on December 31, 1983. 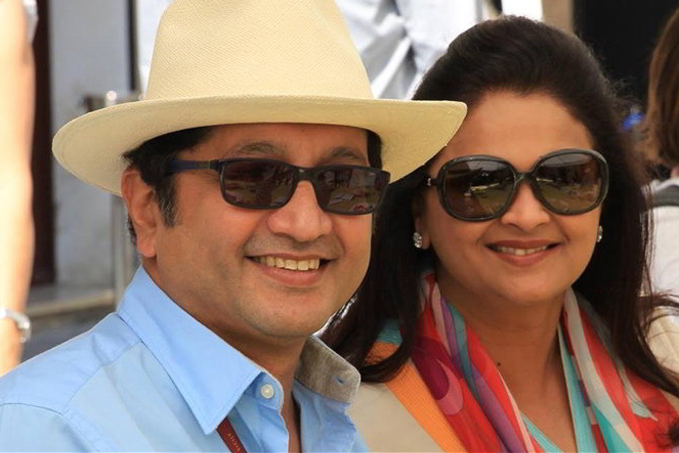 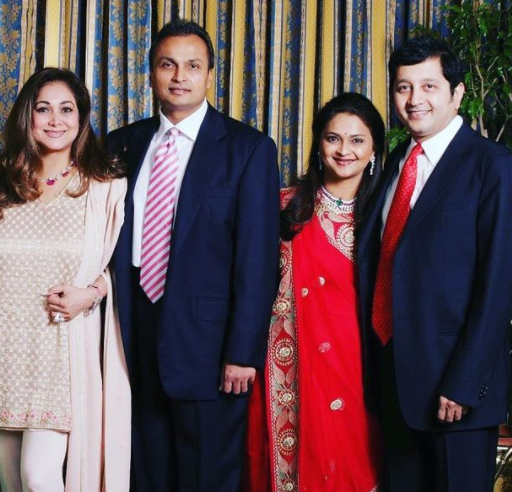 Well, Ambani’s wedding is a perfect lookbook when it comes to sartorial fashion choices!

Next Read: Nita Ambani Twins With Her Bahu, Shloka Mehta In Hues Of Green For Shrimad Bhagwat Saptah At Antilia