Dheeraj Dhoopar and Vinny Arora Dhoopar, who have been together for 10 years and married for 3 years are a picture-perfect couple! Today, the duo is celebrating their 3rd wedding anniversary.

‘Love, laughter and happily ever after’- when you pop the most-awaited question ‘Will you marry me’ to your loved one and receive a ‘yes’ in response, you start a new phase in your life. Everything starts to revolve around one person, who gives you the utmost happiness and joy in life. Your partner becomes your go-to person in the times of need, becomes your 2 AM friend, your partner in crime and whatnot and always holds a special place in your heart. After walking hand-in-hand through the courtship period, you start to plan the next big moment of your life and start to plan a family with him/her. (Recommended Read: Unseen Pictures From Mohena Kumari Singh's Royal Vidaai, She Bids Goodbye To Her Family In A Palki)

In the world of glam and glitz, there are couples and then there are adorable couples. Dheeraj Dhoopar and his wife, Vinny Arora Dhoopar come under the latter category. Scroll down through their social media handles and you will know why we are saying this. Love-filled pictures, lovey-dovey captions, confessing love for one another through romantic posts, going out on romantic dinners and dreamy vacation; this is our adorable couple, Dheeraj and Vinny. The madly-in-love couple has been together for a decade now and had tied the knot on November 16, 2016, entering their ‘love, laughter and happily ever after’ phase.

Shiny Doshi's First Look After Marriage Is Out, Flaunts A Unique Mangalsutra, Chooda And Sindoor Today (November 16, 2019), Dheeraj Dhoopar and Vinny Arora Dhoopar completes 3 years of marital bliss and to wish each other on the same, they posted some thankful and heartfelt messages for each other. Dheeraj took to his Instagram and posts a set of mushy pictures with wifey, Vinny from their vacation as they celebrated their anniversary by ‘sealing it with a kiss’. He penned a romantic note for Vinny, which could be read as “To the most beautiful woman who has given me the most beautiful life! A Very Happy Anniversary to my Better-in-Every-Way Half! Seriously u r amazing.” On the other hand, Vinny also shared the same set of pictures and wrote, “We complete a decade together, married for 3yrs now.. and I absolutely love being your wife every.single.day, every.single.moment!!!! Happy anniversary Husband #thisisus.”

Ever since their wedding, their social media handles have been talking about the amount of love Dheeraj and Vinny have for each other. To celebrate their second wedding anniversary, the couple had jetted off to Dubai and their pictures from the vacation proved they had a blast. In an interview with The Times Of India, Dheeraj had talked about his plan and had revealed, “Our love has grown stronger by the day and I thought of doing something special for Vinny on our special day. So, I planned a desert safari and am also planning to go on the 148th floor of Burj Khalifa.” (Suggested Read: Deepika Padukone Flaunts Her Wedding Gift From In-Laws During Tirupati Visit On First Anniversary) Dheeraj Dhoopar and Vinny Arora Dhoopar are fond of travelling and revealing the details about the same, during the same interview, he had added further that both Vinny and he love to travel and this is their way of celebrating. He had further revealed one hidden secret about their relationship and had stated that travelling keeps the spark alive in their relationship. Talking about the gift for Vinny, Dheeraj had added, “This anniversary, I gifted her a diamond mangalsutra in a design she has been wanting. That, too, is a secret to keep your wife happy (laughs!)" In an interview with SpotboyE, the Kundali Bhagya actor, Dheeraj had praised his wife and also stated that she is lucky for him. He was quoted as saying, “Yes, since Vinny Arora Dhoopar came into my life, many good things have happened to me. The success of Kundali Bhagya proves it all. I am glad that she is part of my life. I discuss even the small things with her, I ask her advice for everything. Vinny is also an actor, so we help each other. We are alone in the city. My parents are settled in Delhi. So, we support each other professionally as well as personally.” 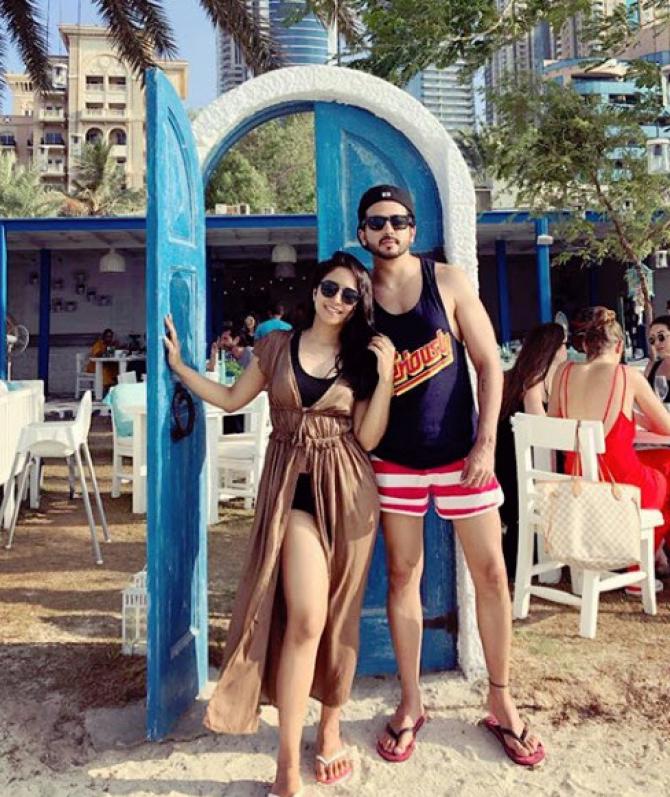 Vinny Arora Dhoopar and Dheeraj Dhoopar had first met each other on July 19, 2009. And on completing 10 years of togetherness, Vinny had taken to her Instagram and had shared her fairytale story. Posting a pictures form their wedding, Vinny had penned, “This is a happy dance throwback picture for all fandoms celebrating #viraj day today. Exactly this day 10 years ago, me and @dheerajdhoopar saw/met each other for the first time, I said it in an interview one time & everyone remembered. I’m not going to lie, it was love at first sight (for me). But we have never been so open about our relationship until our marriage was announced 7 years later. #viraj was born because of all the fans. Thank you so much guys, we have been seeing all the edits for the past week (which they celebrated as Viraj week) but couldn’t reply to all personally. Here’s a big heartfelt thank you for always loving & appreciating us as a couple. We are blessed to have you guys by our side #myfairytale.” (Do Read: Ileana D'Cruz Opens Up On Keeping Silent About Her Breakup With Andrew Kneebone) 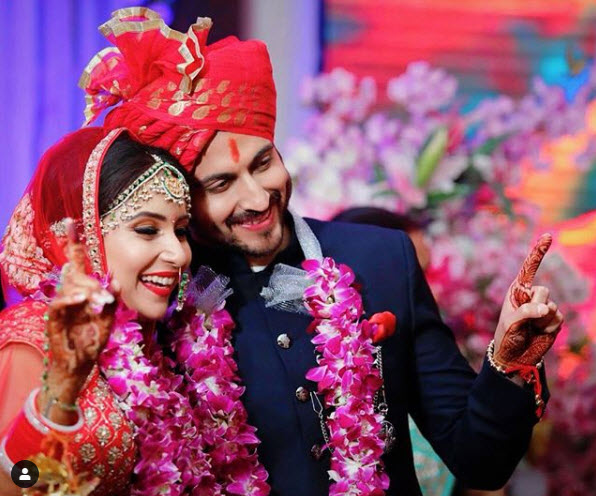