Over the years, we have seen many Bollywood actresses copy each other's ensembles and wear exactly similar outfits. Here are a few examples of that, have a look!

Bollywood actresses are always under the limelight and get judged for their fashion choices. And, every now and then, the actresses grab headlines because of their fashion style, be it some expensive arm candies or trendy shoes or even designer clothes that they love flaunting.

However, we have seen many actresses repeat their clothes on many occasions, be it at award functions or press conferences. But what have raised eyebrows among the fashion fraternity was when the Bollywood divas copied their peers' outfits and wore exactly similar dresses. So, without further ado, let's check which Bollywood actresses have worn the copied outfits and when. 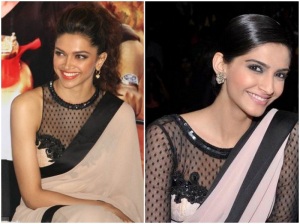 Sonam Kapoor and Deepika Padukone had once draped similar peach pink-coloured saree with a black border and had paired with a sheer black blouse. However, the blouse design differed from each other. 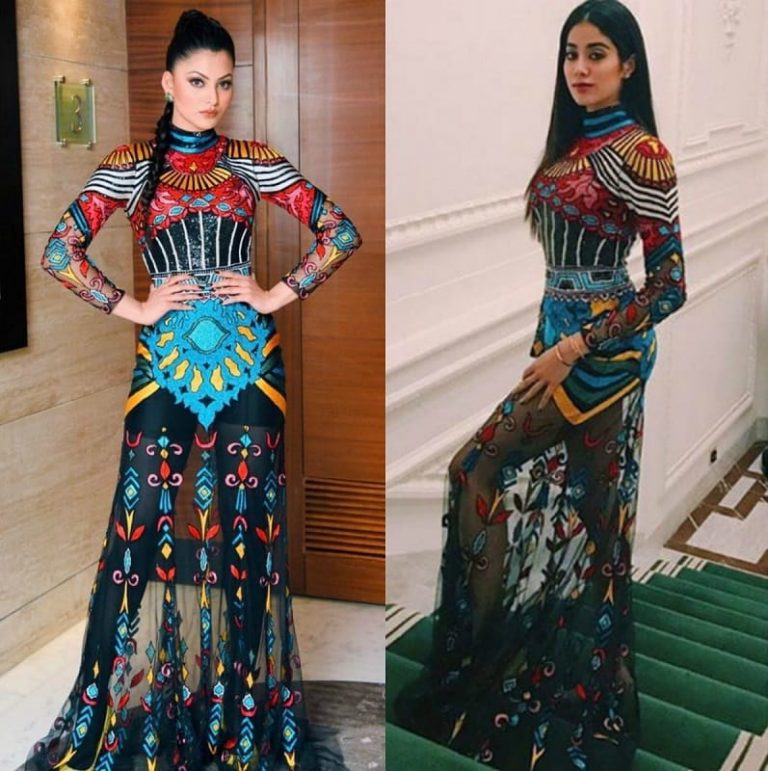 Urvashi Rautela and Janhvi Kapoor had stepped out in multi-coloured body-hugging dress for two different events. While Urvashi had paired it with a top braided look, Janhvi had kept it simple with open tresses. Once Parineeti Chopra and Kriti Sanon were found to be wearing an exactly similar dress. They had donned a black flowy loosely-fitted mini dress with a multi-coloured boho embroidery at the border. The dress had a scalloped neckline and mesh-patterned sleeves. They both had aced the look. 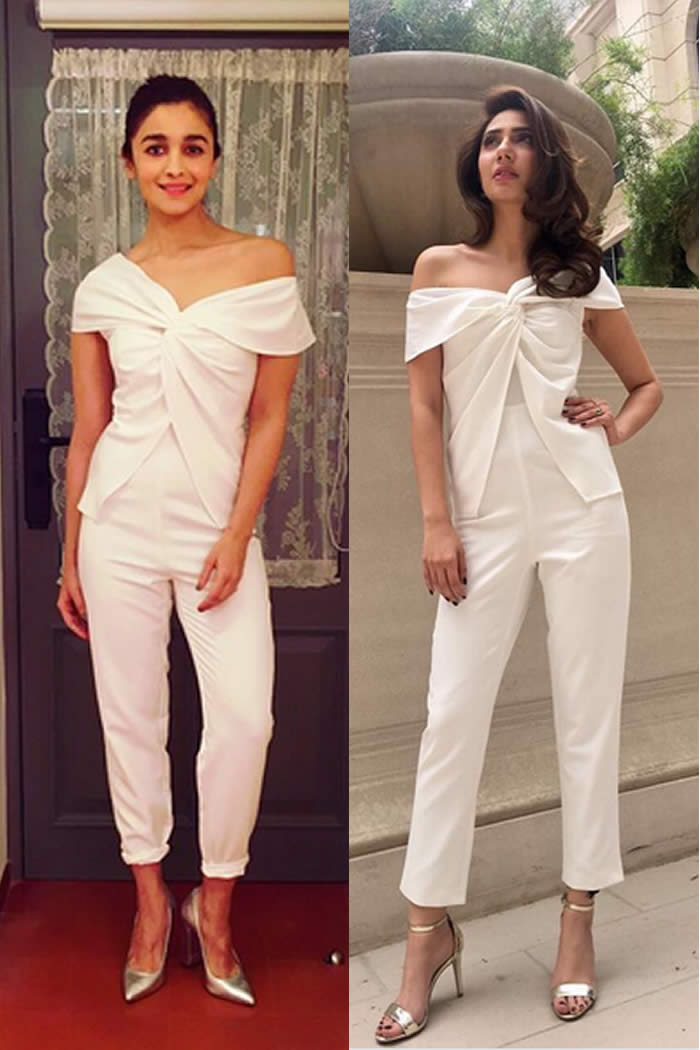 Alia Bhatt and Raees fame, Mahira Khan, had once been spotted wearing the same outfits at different times and in different places. Both of them had worn a white drop-shoulder pantsuit and had kept their look minimal with no accessory and no heavy makeup. 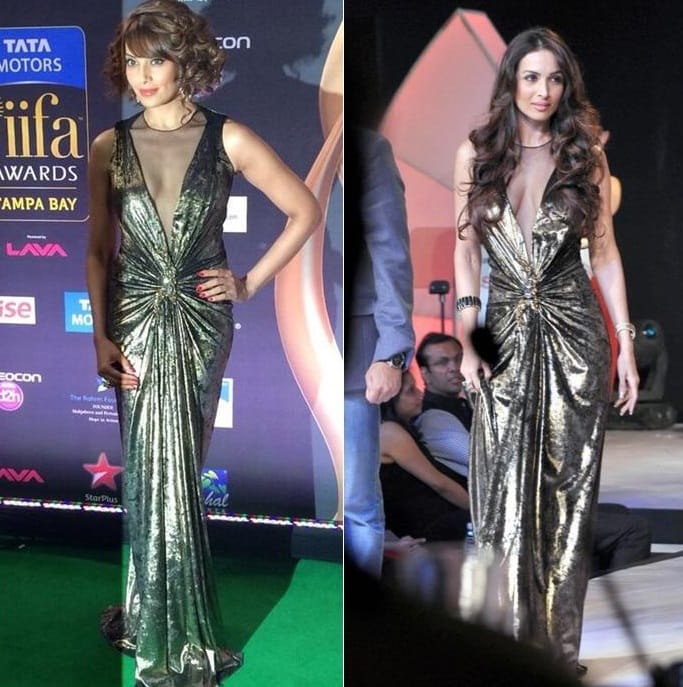 Bipasha Basu and Malaika Arora, both of these glamorous actresses are known for their bold and unique fashion choices. Both of them wore a similar metallic dress with a deep plunging neckline, and they had looked equally gorgeous. While Malaika had kept her tresses open in soft curls, Bipasha Basu had kept her hair in a retro bob hairstyle with tight curls. Once Kareena Kapoor Khan and Deepika Padukone had worn copied outfits. Kareena had donned an orange dress with black and white checks and embroidered neckline for a photoshoot first. Later, the same dress was seen on Deepika Padukone. She had worn it in The Kapil Sharma Show for a movie promotion. Kareena and Deepika, both of them, had worn it with utmost grace and poise. We found another similar look of Deepika Padukone and Katrina Kaif. Both of the gorgeous actresses had worn the same pink-coloured floral printed dress, but differently. Katrina had donned it as a one-shoulder dress at an award function, whereas Deepika had worn it as a collared shoulder dress for her photoshoot. There are many more such instances of the Bollywood divas who had worn exactly similar outfits, styled in the same way or differently but still stole our hearts with their fashion choices. Who do you think has looked more beautiful in the copied outfits? Let us know. Different banners, first families and clans; it doesn't matter how you see Bollywood because the truth is that it is a big happy family. It would come as a surprise to you that most of the people working in the entertainment industry are related to each other. No, we are