For her big day, television actress, Ankita Lokhande wore a regal lehenga from the shelves of ace designer, Manish Malhotra. Read on to know more details of her wedding look!

After a series of grand pre-wedding functions, television actress, Ankita Lokhande had tied the knot with her beau, Vicky Jain on December 14, 2021. Starting from her bridal entry to the stunning golden lehenga, Ankita had made heads turn at her wedding. Thereby, making sure to live every moment of her grand wedding and her fans couldn't stop gushing over her mesmerising pictures.

Ankita Lokhande and Vicky Jain's pre-wedding festivities had kickstarted with a puja, followed by a mehendi ceremony and a post-mehendi party. After that, they had exchanged the rings in a grand ceremony and had hosted their haldi ceremony. The next day, they had begun their forever journey by exchanging wedding vows. And now, we have got another detail about her wedding lehenga!

Ankita Lokhande And Vicky Jain Get Drenched In 'Haldi', The Actress Stuns In A Red 'Sharara' A few moments ago, we stumbled upon a post by the ace designer, Manish Malhotra, wherein he gave out the details of Ankita and Vicky's wedding couture. The designer shared a series of pictures of the actress and her man on his IG handle and revealed that her wedding lehenga was made in 1600 hours. His caption can be read as:

''First impressions are long-lasting, so our #clientdiaries #ManishMalhotrBride @lokhandeankita made a fabulous entrance to remember... Living every minute of her golden moment in our 1600 hours of elaborate craftsmanship, a #Nooraniyat bridal ensemble intricately hand embroidered in gold crystal beads and antique zardosi with geometric artwork, paired with a sheer trailing #mmveil in tassel detailing. #ManishMalhotraGroom @jainvick in our #Nooraniyat Ivory sherwani embellished in beige Dori and vintage zardosi embroidery paired with ivory dhoti with custom made #manishmalhotrashoes.'' 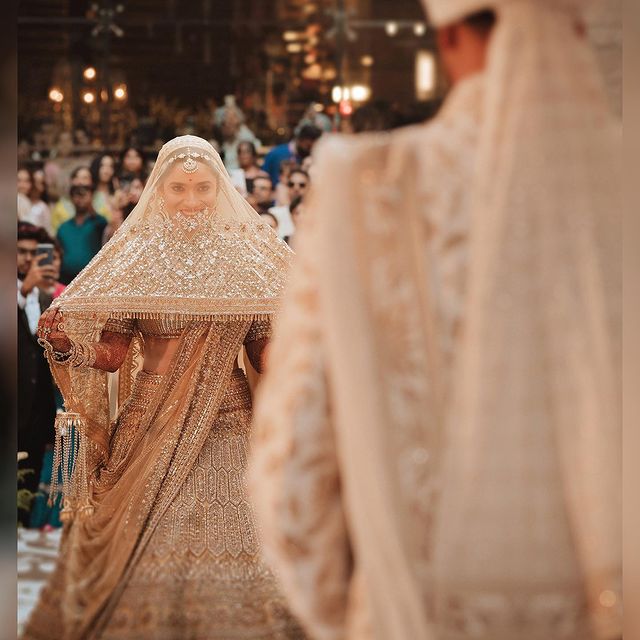 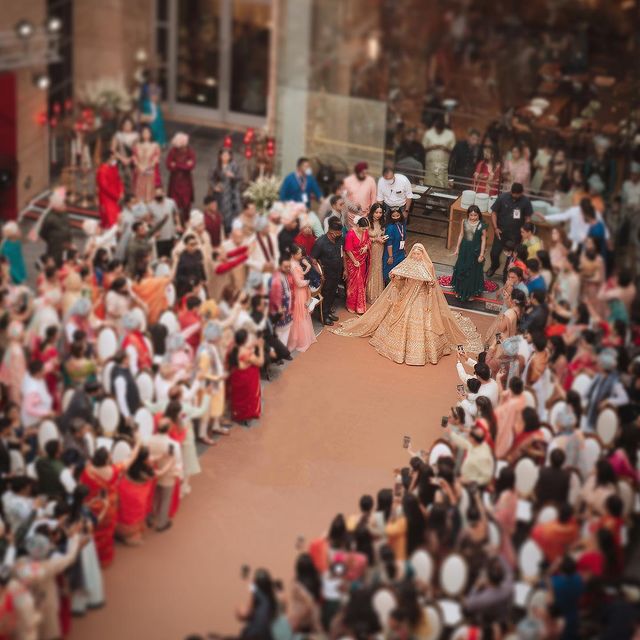 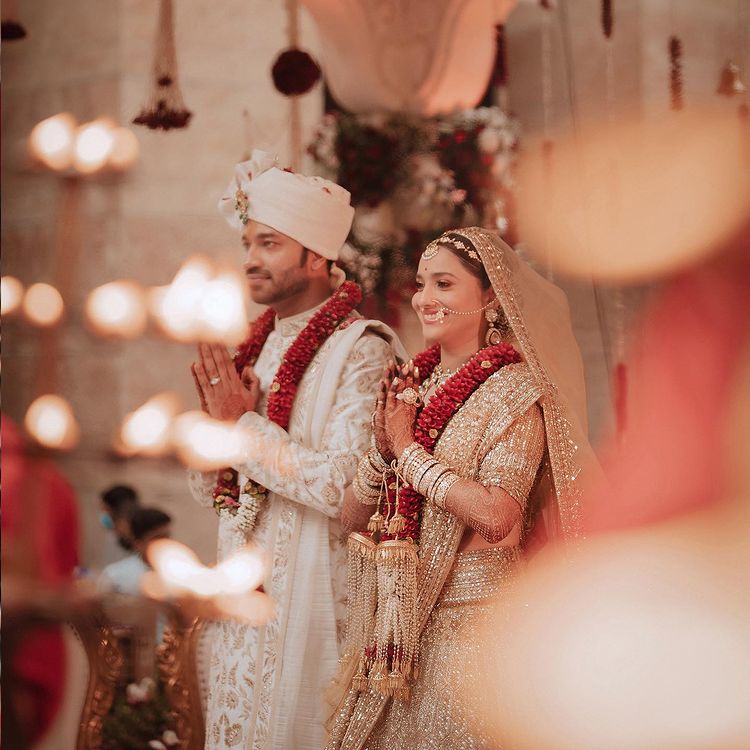 A few hours ago, we came across a couple of videos from Ankita and Vicky's post-wedding rituals that had gone viral on the internet. In the videos, Ankita had looked gorgeous as she had adorned a pink-coloured saree with a golden border. The actress had styled it with a half-sleeved blouse and had completed her look with a bindi, sindoor and a mangalsutra. On the other hand, her husband, Vicky had worn a green-hued kurta. The duo had looked adorable as they performed the post-wedding rasams. 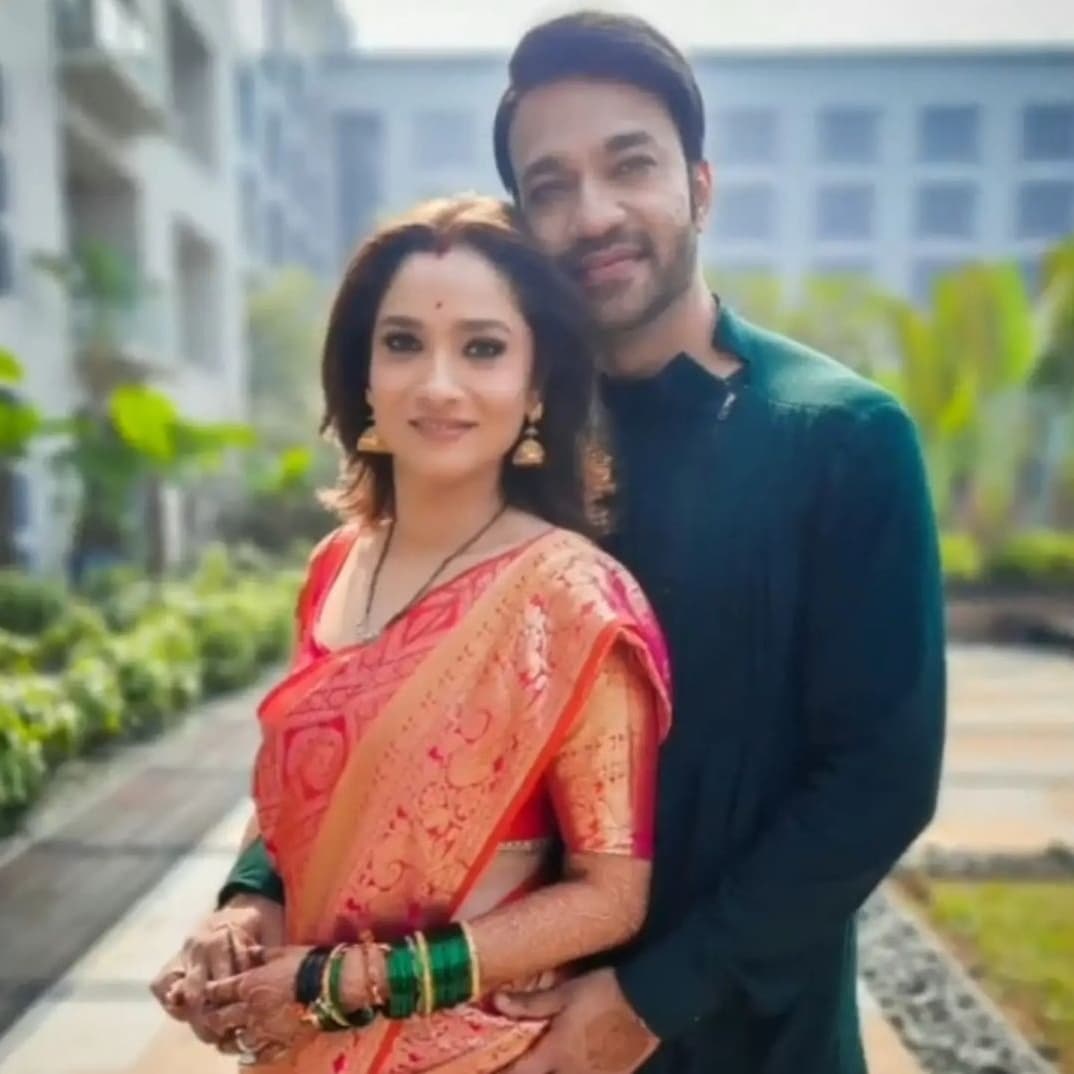 On December 15, 2021, we had got our hands on Ankita Lokhande's first look post her wedding with Vicky Jain. In the picture, we could the actress dressed in a satin night suit. Ankita had looked stunning as she had flaunted her mangalsutra and sindoor. On the other hand, her Mr husband had looked dapper as he had complemented her in a white shirt with black pants. After getting married, Ankita Lokhande had taken to her IG handle and had shared a series of pictures from her dreamy wedding with Vicky Jain. The pictures had featured various special moments from their wedding starting from her entry towards the mandap to taking the saat pheras with her husband. Ankita had captioned the pictures as: 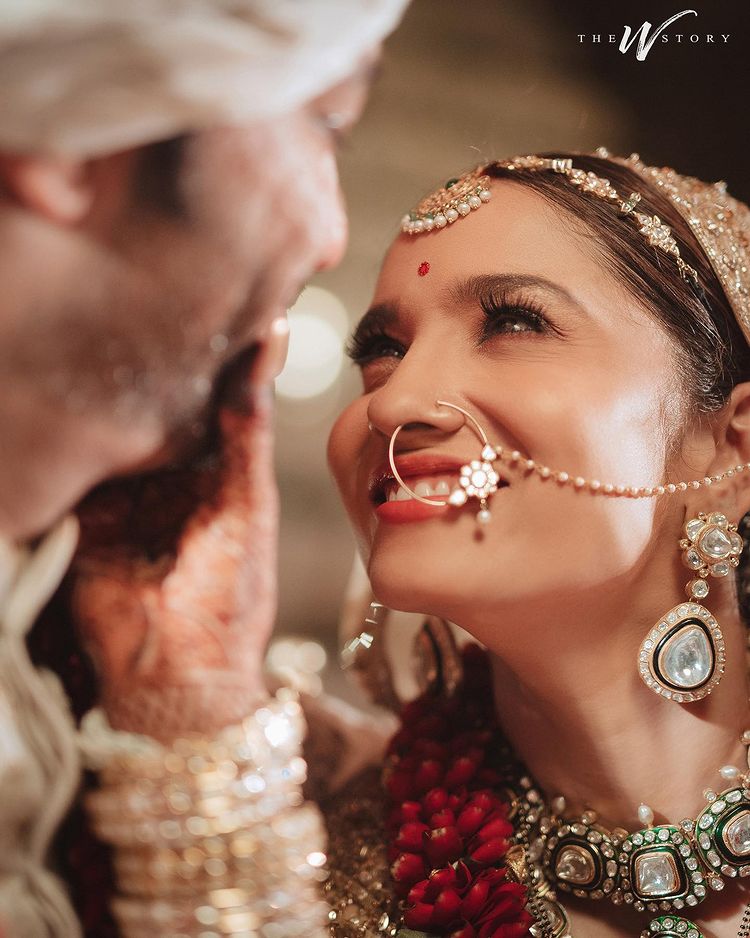 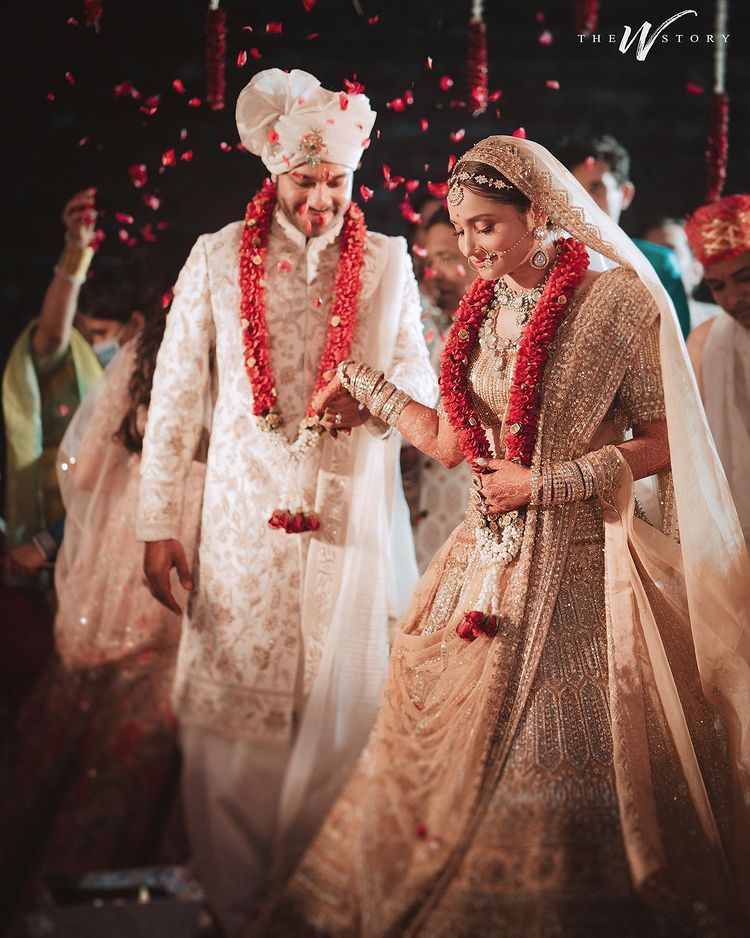 Here's wishing a happy married life to Ankita and Vicky! Pavitra Rishta fame, Ankita Lokhande and her husband, Vicky Jain, are winning hearts with their unmatchable chemistry on the celebrity-couple reality show, Smart Jodi. In the show, real-life couples compete with each other in various enjoyable tasks and prove their perceptible bond among others. Ankita Lokhande and Vicky Jain are one