After a fairytale wedding, Sania Mirza's sister, Anam Mirza is enjoying her dream honeymoon with husband, Asad Azharuddin in Finland. Check out their pictures below!

Every girl dreams of marrying a man, who takes her to places and treats her like a princess. The one with whom life becomes a paradise and the honeymoon period never ends. Talking about the honeymoon, newly-married couples are kickstarting their married life with a vacation to their favourite places. And ace tennis player, Sania Mirza's sister, Anam Mirza is no different. She is living her childhood dream of seeing the snowfall in Finland with the love of her life, Asad Azharuddin. (Recommend Read: Janhvi Kapoor Shares A Picture Of Father, Boney Kapoor With Chachu, Anil Kapoor From 'Hum Paanch')

It was on December 11, 2019, when Anam had said 'Qubool Hai' to the man of her dreams, Asad in a nikah. She had looked gorgeous in a Hyderabadi khada dupatta ensemble. On the other hand, her husband, Asad had picked a beige sherwani with a matching golden turban. The duo had radiated couple goals with their pre and post-wedding festivities. Plus, we cannot forget their wedding hashtag 'AbBasAnamHi'.

Shraddha Arya Drapes Her Sarong Over A Black Bikini, Shares Mushy Pictures With Hubby From Honeymoon

New Bride, Shraddha Arya Dances In A Bikini And Flaunts 'Chooda' On Her Honeymoon In The Maldives

New Bride, Shraddha Arya Shares Goofy Pictures From Her Honeymoon, Enjoys At A Beach In The Maldives 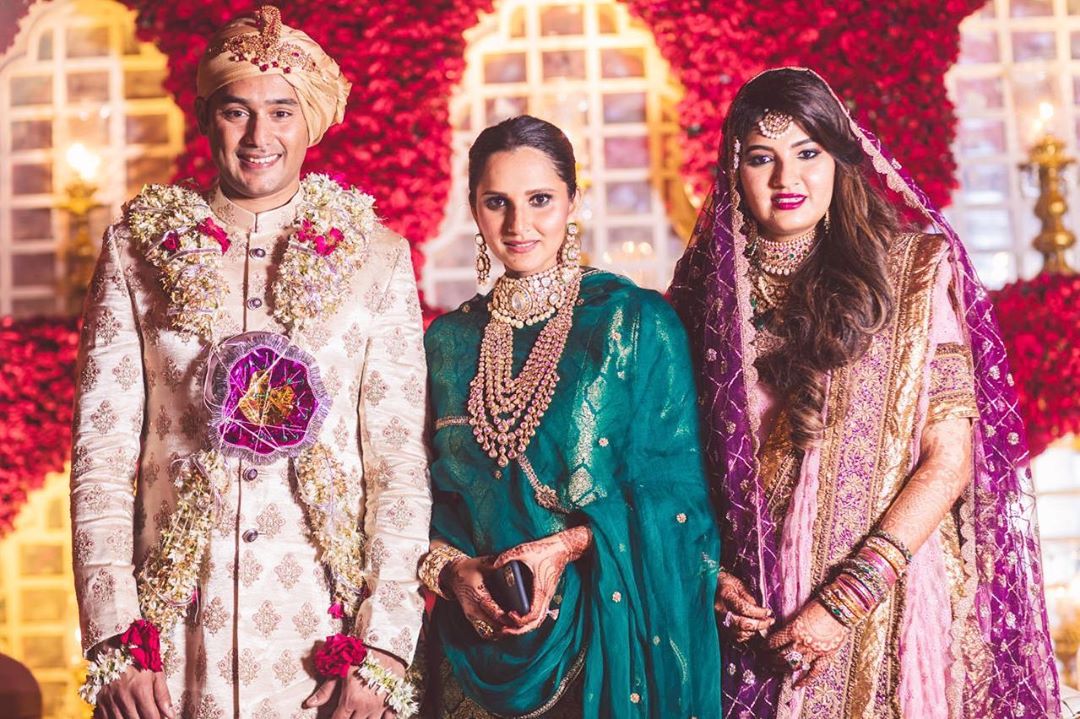 After attending a plethora of receptions and wedding parties, Anam and Asad are enjoying their winter wonderland honeymoon in Finland. On January 13, 2020, she shared a cute picture with her husband, Asad from the snow-filled land. Alongside it, she wrote, "MIND BLOWN." The star-sister also met Santa Claus and shared a picture with him and wrote, "We also bumped Into Santa Claus. Rovaniemi is known to be the official home of Santa Claus." Anam also shared her experience of snowmobile sledging. 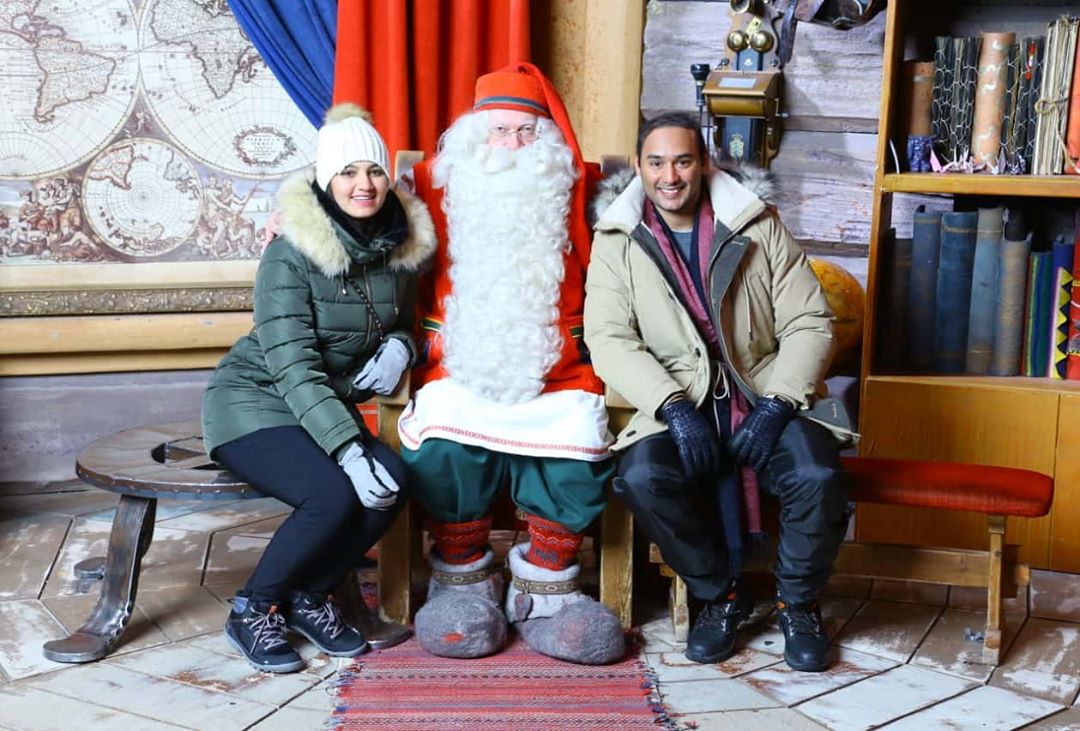 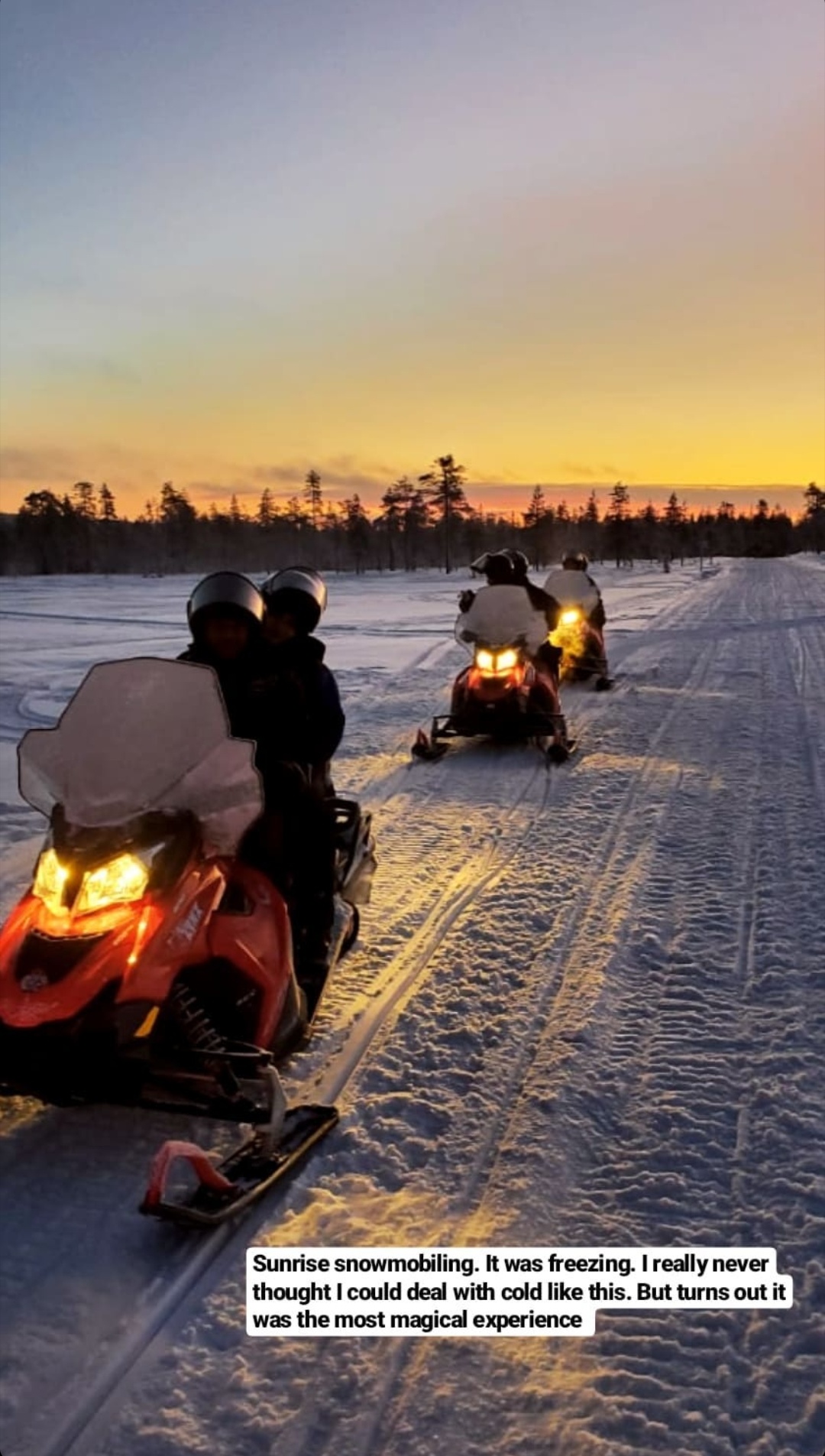 Asad also posted a picture while enjoying traditional sledging and captioned it as "Visited the Reindeer farm. What an experience." On January 12, 2020, Anam had shared another picture on her Instagram handle. She had captioned it as "-3°C but warm as ever with this man next to me  #BucketListing #alhamdulillahforeverything." On the other hand, Asad had also shared the same picture on his Instagram handle and had written, "The most beautiful place I have ever been with my lady #honeymoon #finland". Take a look at it below: 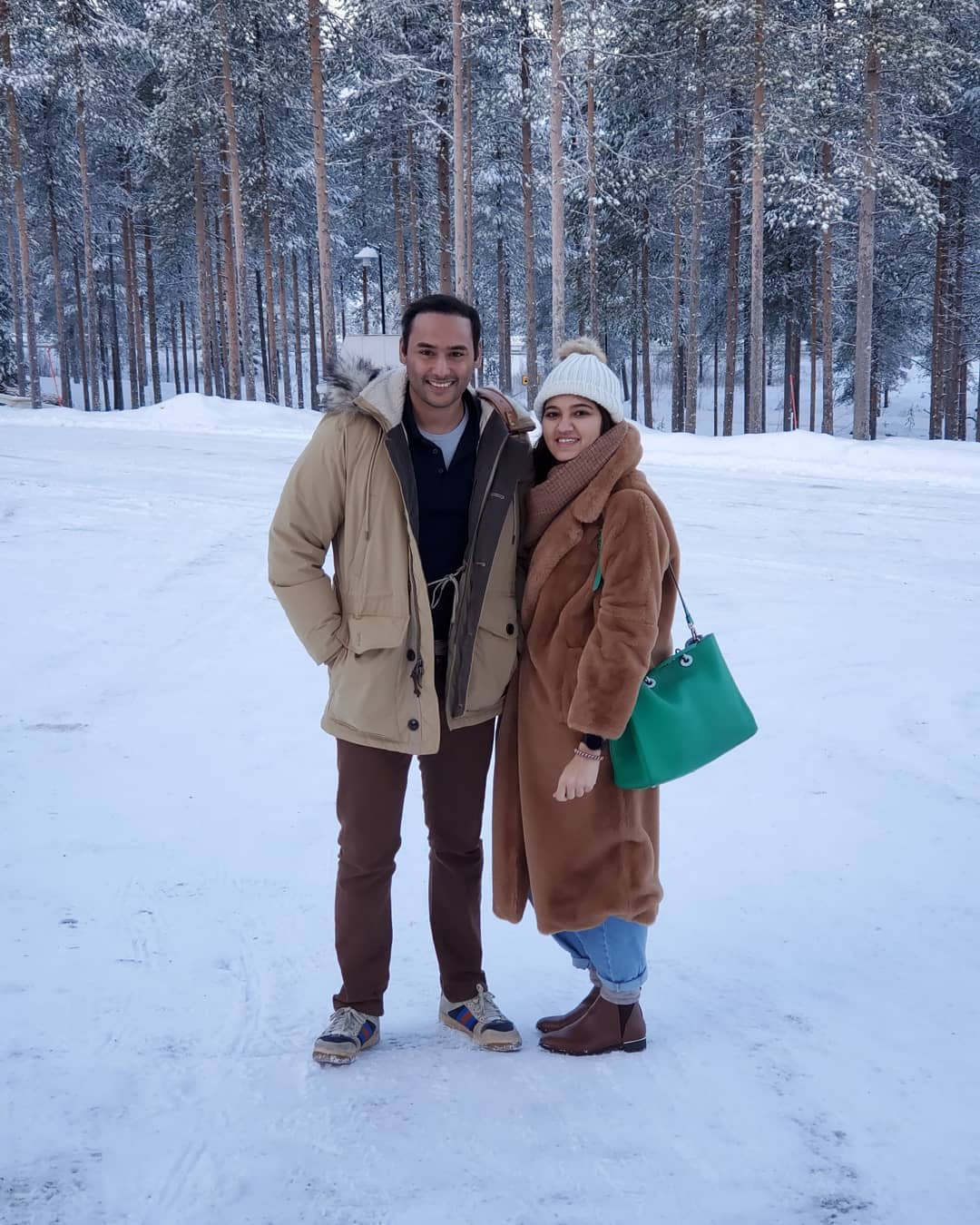 Anam had also shared glimpses of her honeymoon fun on her Instagram stories. Check it out below: A few days ago, Anam had shared a picture on her Instagram handle with her husband, Asad. In the caption, Anam had shared how much the two love 'dressing up' and she had written, "Finally found someone who is as fond of dressing up as me  #DressingUpCouple". In the picture, we could see Anam donning a gorgeous lehenga with a full sleeves crop top. On the other hand, Asad had opted for a white sherwani. (Also Read: Taimur Ali Khan Will Make His Debut With Parents, Saif Ali Khan And Kareena Kapoor, Details Inside) On December 27, 2019, Anam had shared her wedding video which was shot by Daemi Films. The video gave us glimpses of Anam and Asad's fairytale wedding. But what took our heart away was her family's words that they spoke for the newly-married couple. Anam's sister, Sania had shared that she had seen her sister's 'falling in love phase' to her turning into a 'bride phase'. Alongside the video, Anam had written, "Once, in a while, life gives you a fairytale. Here is ours. #alhamdulillahforeverything. My wedding video had to be done by my favourite, @daaemi @asad_ab18."

For those who don't know, Anam was earlier married to Akbar Rasheed and had tied the knot on November 18, 2016, in Hyderabad. However, the two had parted ways after one-and-a-half years of marital bliss. And finally, she found her happiness in Asad Azharuddin. (Don't Miss: Mukesh Ambani And Clan Officially Welcome Radhika Merchant In Their Family On Reliance Annual Day)

Well, we cannot wait to see more pictures from Anam and Asad's honeymoon!