Bollywood diva and Singh Is Bling actress, Amy Jackson and her fiance, George Panayiotou are expecting their first baby in 2019. In a recent interaction with Hello magazine, Amy talked about it all!

Expect the unexpected and our favourite celebrities know how to shower us with happy surprises! And one of the famous Bollywood diva and Singh Is Bling actress, Amy Jackson announced her pregnancy that was totally unexpected. Amy, who surprised one and all, on New Year 2019 by announcing her engagement with long-time boyfriend, George Panayiotou, gave another surprise two months later. (You May Also Like: Kajol Makes Fun Of Ajay's Serious Nature In Her Birthday Post For Him, Family Flies Off To Singapore)

On March 31, 2019, Amy gave another surprise by sharing the news of her pregnancy. The 15-weeks pregnant mom-to-be shared a lovely picture with her fiancé  and captioned it as, “I’ve been waiting to shout it from the rooftops, and today, being Mother’s Day, it couldn’t be a more perfect time... I already love you more than anything in this world, the purest most honest love. We can’t wait to meet you our little Libra one.” In a recent interaction with HELLO! magazine, Bollywood star, Amy talked about her pregnancy and was quoted as saying, "It was totally unplanned. We had no idea." Amy further went on to add that she and her fiancé, George are excitedly looking forward to becoming parents. The Liverpudlian actress remarked, "We’re at that stage where we’re definitely ready for it. I don’t think you can ever plan something perfectly, but we’re in such a good place. We’re happy together, we have a beautiful home and we’re excited to be a mum and dad." During the course of the interview, the beautiful mommy-to-be shared that pregnancy has deepened her relationship with George. Here’s what she said, "We know each other pretty well – the good, the bad, the ugly and everything in between. We were inseparable before, but this is a different closeness." She further revealed that she is planning to strike a perfect balance between parenthood and career but will be on a break for sure. Amy was quoted as saying, "It’s important to have your own career and identity, but it’s nice to have this time to think about what’s next. I’ve always gone from one film to the next so I’m using this as a bit of respite – for now." (Also Read: Akash Ambani And Shloka Mehta Twin Monochrome Look At Family Dinner With Mukesh-Nita And Isha Ambani) For the ones who don’t know, Amy Jackson got engaged to her multi-millionaire boyfriend, George Panayiotou, on New Year 2019. To announce this happy news, the actress had taken to her official Instagram handle and flaunted the huge engagement ring. Sharing the below picture, Amy had announced, “1st January 2019 - The start of our new adventure in life. I love you. Thank you for making me the happiest girl in the world.” And this was backed by a heart and a ring emoji. Checkout: As per the reports, Amy and George are all set to tie the knot in 2020 in a beach wedding. Sometime back, a report by The Times of India had revealed, “The couple will marry in a Greeks wedding. The couple is currently zeroing in on the right location in Greece for a beachside wedding. Amy wanted a beach-side venue for her special day and they are currently looking for the perfect venue at villas near Mykonos Island. The actress had visited the place with her beau last year and fell in love with the beautiful locale. The couple will tie the knot as per Christian rituals. Amy also plans to settle in the UK after getting married." (Checkout: Kareena Kapoor Khan To Co-Judge 'Nach Baliye 9' Alongside Ex, Shahid Kapoor And Mira Rajput Kapoor?) 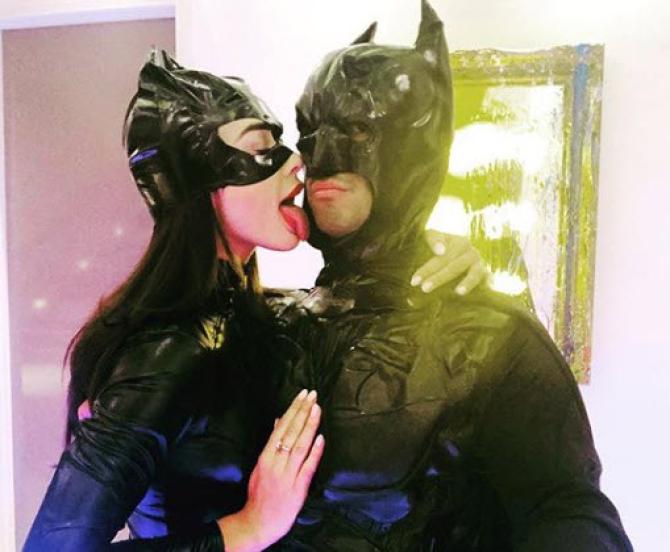 It was in 2017, on Christmas that Amy and George came closer and started having hots for each other. Speaking about the same, a source had then shared with Mumbai Mirror, “After bringing in Christmas and New Year’s with family in the UK last year, Amy and George took off to Mexico with a group of close friends. They stayed at a cozy cottage in Tulum — an exotic and quaint beach town in the Carribbean islands. Two weeks later, the couple also brought in Amy’s birthday together. The love birds kicked off Valentine’s Day celebrations a week earlier with a quick trip to Canada’s snow-capped Whistler Blackcomb, a popular skiing and adventure sports destination. They stayed at a resort for three days.” (Do Read: Hina Khan Takes Her Family On Vacation To The Maldives, Her Mom Swimming Like A Mermaid Is Inspiring) 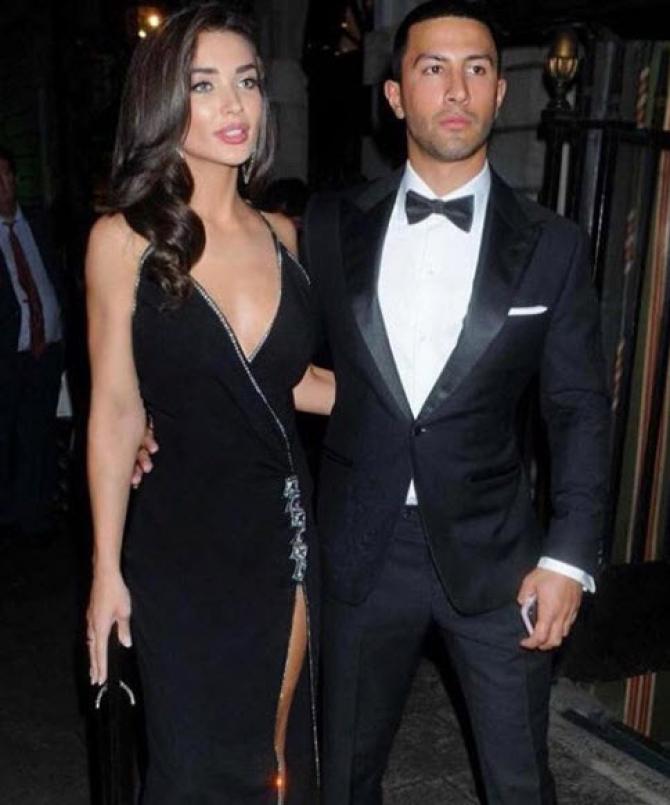 Another DNA report had once stated, “Amy has been in a steady relationship for the longest time now. She just didn’t want to open up about her personal life to the public. She kept her affair hidden from the prying eyes of the media for a long time. Amy and George is a happy couple. She always wanted to have a family of her own. She’s planning to get married sometime later this year. The couple is currently deciding on the date and venue for their D-Day.”

Here's wishing Amy and George all the best for this lovely phase of their lives!