Aly Goni penned an appreciation note for his girlfriend, Jasmin Bhasin as she bought a new home. Check it out!

Aly Goni and Jasmin Bhasin’s love story had started blooming when they had participated in the reality show, Khatron Ke Khiladi. Later, during their stay inside the Bigg Boss 14 house, Aly and Jasmin had realised that what they share is called love. From Jasmin crying over Aly’s exit from the show to him breaking down on her exit and confessing their love, it all had made them everyone’s instant favourite.

We remember it was when Jasmin Bhasin was evicted from the show that the two had confessed their feelings and had said, ‘I love you’. Since then, we are witnessing how they are crazy about each other. Every now and then Aly gets marriage proposals from his fans and we have seen him cleverly declining them, showcasing how loyal he is to Jasmin. In fact, even inside the BB 14 house, when co-contestant, Sonali Phogat had expressed her love for Aly, we had seen him respectfully saying a ‘No’. On December 3, 2021, Aly took to his Instagram handle and shared a picture with Jasmin from her new house. Alongside it, he congratulated her on buying the new house. The actor wrote, "I'm so so sooo proud of you. Congratulations on ur new house meri jaan I know how much u have worked hard for this." To this, Jasmin instantly commented, "Our home". Aly Goni is indeed desirable, but not single anymore. However, we are sure often women must have hit on her. In a new promo of Ladies VS Gentlemen, choreographer, Terence Lewis asked Jasmin Bhasin if women are more jealous than men. To this, she replied: “See, I don't feel jealous. I feel nice. ‘Wow, he is so desirable, he is making heads turn. I am so lucky to have him.’” When Terence asked, “What if a girl is flirting as well?” Jasmin replied:

“I am okay with it. My man knows his limits. He won't cross them so I am not jealous. ”

Jasmin and Aly are often questioned about their wedding plans and we have seen them say that there is time for it. While they are taking their sweet little time, Aly often gets marriage proposals from his fans. A few months back, in an ‘Ask Me Anything’ session, a fan had asked the actor, “Will You Marry Me?” and Aly being a loyal boyfriend had given a savage reply to the user. He had shared a picture of Jasmin as a reply to the user and had written, “ISSE PERMISSION LENI PADEGI LOGE?” Well, we are sure, Aly’s reply must had made Jasmin feel proud of him.

Recommended Read: Yami Gautam And Her Director-Husband Aditya Dhar To Unite For A Movie, Couple's First After Marriage Earlier in an interview with Navbharat Times Online, Jasmin Bhasin was asked about her reaction to Sonali Phogat expressing her love for her boyfriend, Aly Goni. Jasmin had complimented her beau’s eyes for doing magic on everyone around and had stated that it was cute that Sonali had proposed to Aly and had expressed her feelings for him. 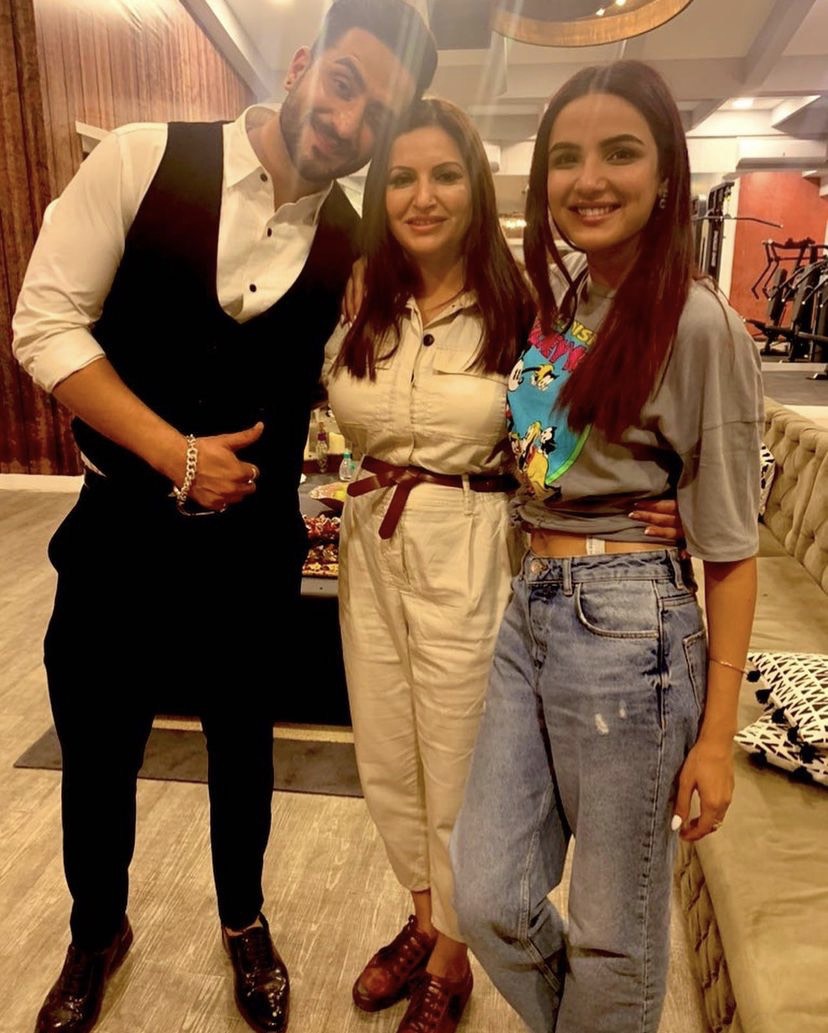 When Jasmin was asked if she felt jealous or insecure of the fact that her beau, Aly was inside the Bigg Boss 14’s house with Sonali, while she was out, she had shared that she was not at all insecure. She had further added that both she and Aly have treated Sonali like a mother. She had also added that many people like Aly but she knows who is there in his heart. Well, we totally resonate with Jasmin Bhasin’s views. When your man is loyal, you need not worry about others! Tinseltown's one of the cutest couples, Jasmin Bhasin and Aly Goni are known for their romantic camaraderie. Ever since they had expressed their love for each other inside the Bigg Boss 14's house, their massive fandom went crazy over them. They have tagged them as 'JasLy'. For the unversed, their