Allu Arjun dotes on his kids, Ayaan and Arha. In a chat, he revealed the major change he attained after embracing fatherhood and it is just hilarious.

Children bring the best in us and make our life happy. With the arrival of a child, a zillion changes follow the parents' lives. From catering all their needs to imbibing good values in them, parenthood is all about cherishing the little moments with your babies. And South industry’s superstar, Allu Arjun is one doting father to his kids, Allu Ayaan and Allu Arha. The doting daddy loves sharing glimpses of his little munchkins. (Also Read: Gauahar Khan And Zaid Darbar's First Photos Post-Wedding, She Flaunts Her Huge Engagement Ring)

Nephew of actor Chiranjeevi, Allu Arjun had begun his acting career by playing the role of a child artist in the film, Vijetha. He had made his Tollywood debut with the film, Gangotri and it was his stupendous performance in the movie, Arya that had gotten him immense stardom. One of the most loved millennial actors, Allu Arjun had gotten married to his long-term girlfriend, Sneha Reddy on March 6, 2011, and the couple was blessed with a baby boy, Allu Ayaan on April 3, 2014. On November 21, 2016, they had embraced parenthood for the second time and had welcomed a baby girl, whom they have named Allu Arha. 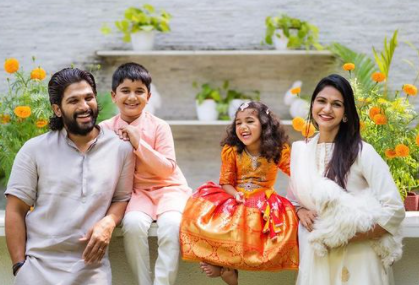 Recently, Arjun graced the sets of Samantha Akkineni’s chat show, Sam Jam, where he talked candidly about his films and family. One question which grabbed everyone’s attention was when Samantha asked him about the changes, he noticed in himself after becoming a father. The Arya actor was quick to respond and said, “I curse a lot lesser now.” His hilarious reply left the host and audience in splits. 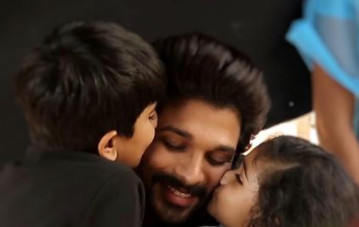 Allu Arjun never skips a chance to share glimpses of his little wonders. On August 3, 2020, he had taken to his IG handle and had shared an adorable picture of Ayaan and Arha celebrating Raksha Bandhan. In the picture, Arha was seen putting tilak on her brother’s forehead and the daddy dearest had captioned it as “Happy Raksha Bandhan #brothersisterlove.” (Also Read: Sushant Singh Rajput's Girlfriend, Rhea Chakraborty's Lawyer Wants CBI To Close The 'Bogus Case') On August 15, 2019, to mark Independence Day, Allu Arjun had taken to his Instagram handle and had shared adorable pictures of his two freedom fighters. In the first picture, Arha was dressed as Rani Lakshmi Bai and in the second picture, we could see Ayaan dressed as Mangal Pandey. Along with the pictures, he had written a beautiful caption which could be read as “My Babies ... Celebrating Freedom.” 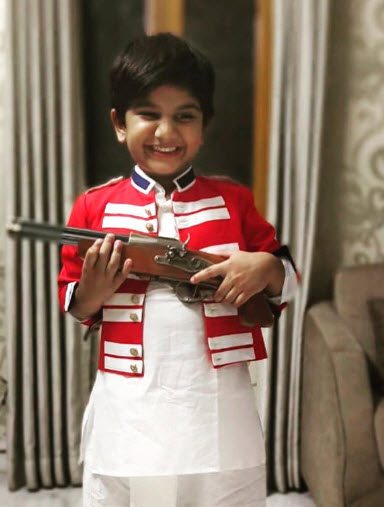 Arjun had announced the news of becoming a father for the second time in the most adorable manner. He had taken to his Twitter handle and had written, “Blessed with a baby girl! So happy right now! One boy and one girl. Couldn’t ask for more. Thank you for all the wishes. Lucky me.” The actor had shared the first picture of his daughter while explaining the meaning of her name. He had written, “Our newly arrived angel Allu Arha. Hindu meaning: Lord Shiva. Islamic meaning: Calm and Serene. “AR” jun and Sne “Ha” together ARHA #AlluArha.” 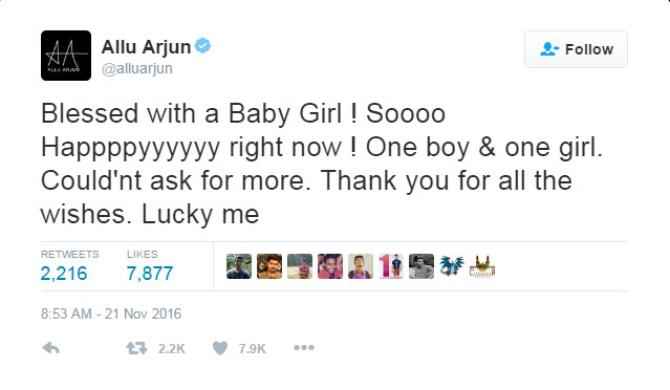 It was love at first sight for Allu Arjun when he had met Sneha at his friend’s wedding. He was completely bowled over by her beauty and had gotten introduced to her by their common friends. They had exchanged numbers and within no time had fallen madly in love with each other. When Allu Arjun’s parents had approached Sneha’s parents, the proposal was accepted in just 5 minutes and rest as they say, is history. (Also Read: Salman Khan's Ex-Girlfriend, Katrina Kaif Wishes Him On 55th Birthday, Calls Him 'Great Human Being') 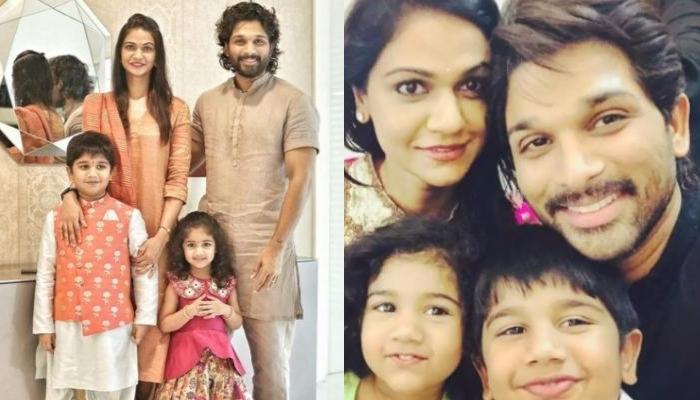 The popular South Indian superstar, Allu Arjun, is soaring high on the professional front and his latest film, Pushpa: The Rise, has become one of the most successful films at the box office. The perfect family man, Allu Arjun, had taken his wife, Sneha Reddy, and their kids, Allu Arha and Allu Ayaan, on