Alia Bhatt's BFF is getting married and social media is buzzing with her pre-wedding functions. For her BFF's 'haldi', Alia looked stunning in a one-shoulder ethnic outfit.

While the nation is waiting for Alia Bhatt to get married to the love of her life, Ranbir Kapoor, she has been busy being a bridesmaid for her friends. And it won’t be wrong to say that there is no better source of inspiration for being a bridesmaid than Alia Bhatt. Over the years, we have seen Alia attending her friends’ weddings, giving us major fashion goals and #galpal moments. And now, as the wedding season is here, Alia is busy with her BFF, Meghna Goyal’s wedding in Goa.

From the past few days, social media is abuzz with Alia Bhatt and her girl gang’s happy moments from their besties, Meghna Goyal’s wedding festivities. From Alia’s BFF’s dreamy bachelorette to their pool party, the internet is in awe of this girl gang. A few days back, a video of Alia Bhatt had gone viral over the internet, where she was happily enjoying a surreal dinner with her friends at Meghna’s bachelorette, wearing a backless black gown.

Now, pictures from Meghna Goyal’s haldi ceremony have taken social media by storm. Alia Bhatt is enjoying her BFF’s pre-wedding functions in Goa while juggling with her work. For Meghna’s haldi ceremony, Alia wore a one-shoulder yellow kurta with silver work all over it. In the photos going viral on social media, Alia can be seen chilling with other bridesmaids all decked up in yellow for the celebration. 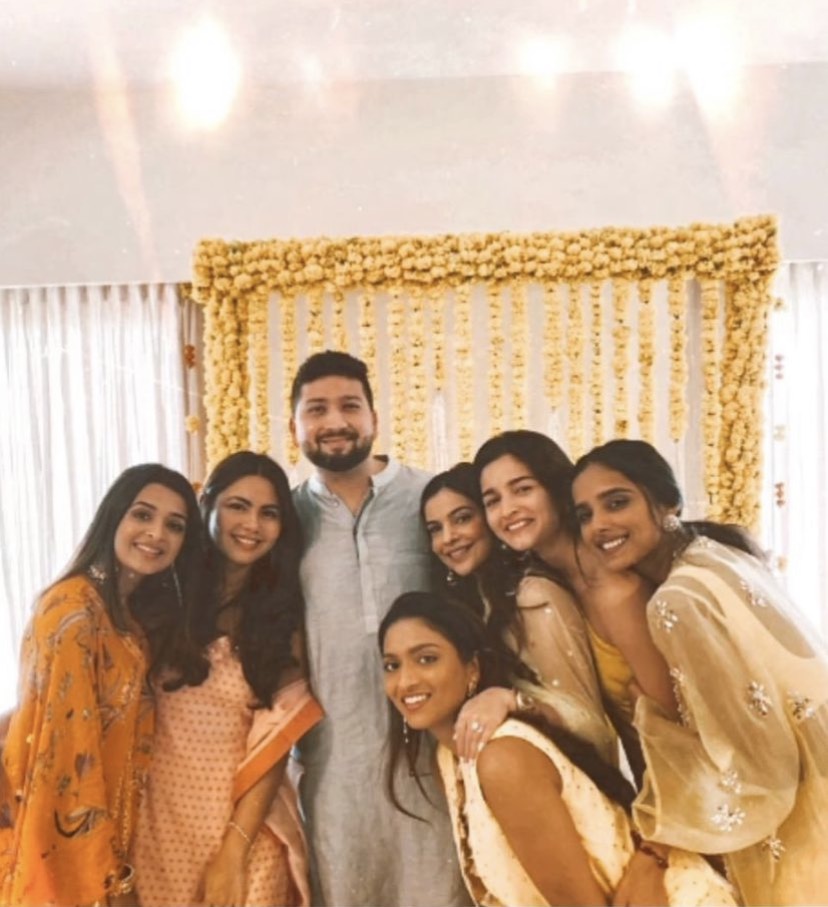 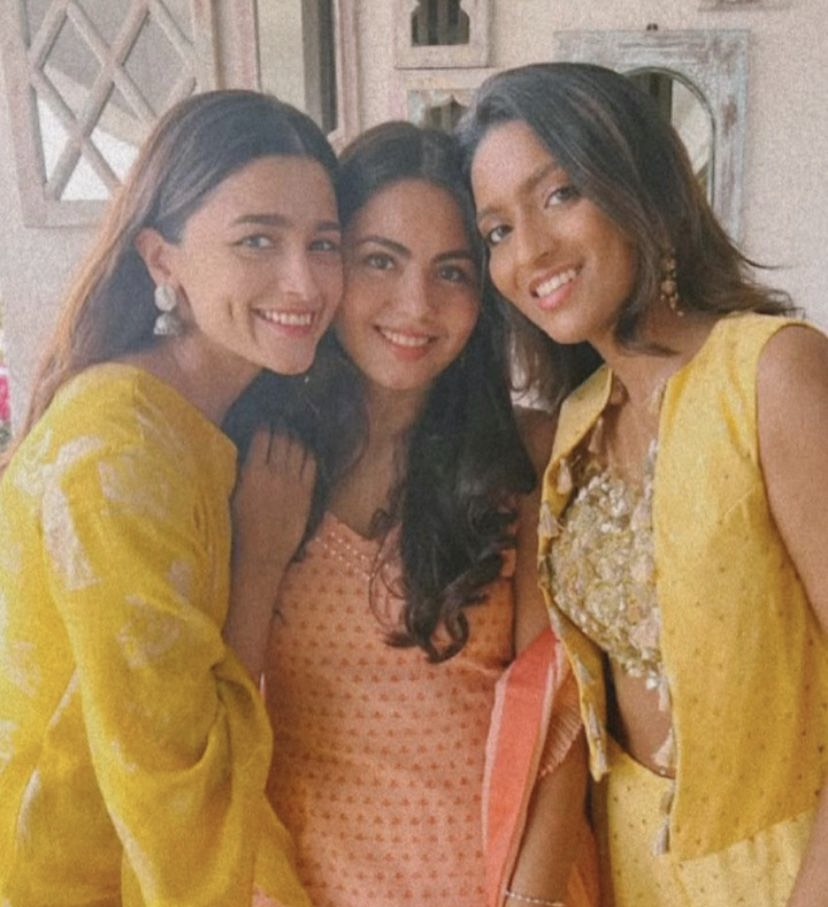 On December 20, 2021, Alia Bhatt’s other friend had shared a video, where the girl gang had gone to the house of the bride-to-be to kidnap her for her bachelorette. Alia too had joined them and had showered her friend with hugs and kisses. In some post-party pictures, Alia could be seen chilling with her friends in a pool, wearing a lavender monokini. In one picture, Alia could be seen wearing an orange tube dress while posing with her girlfriends at the bachelorette party location. 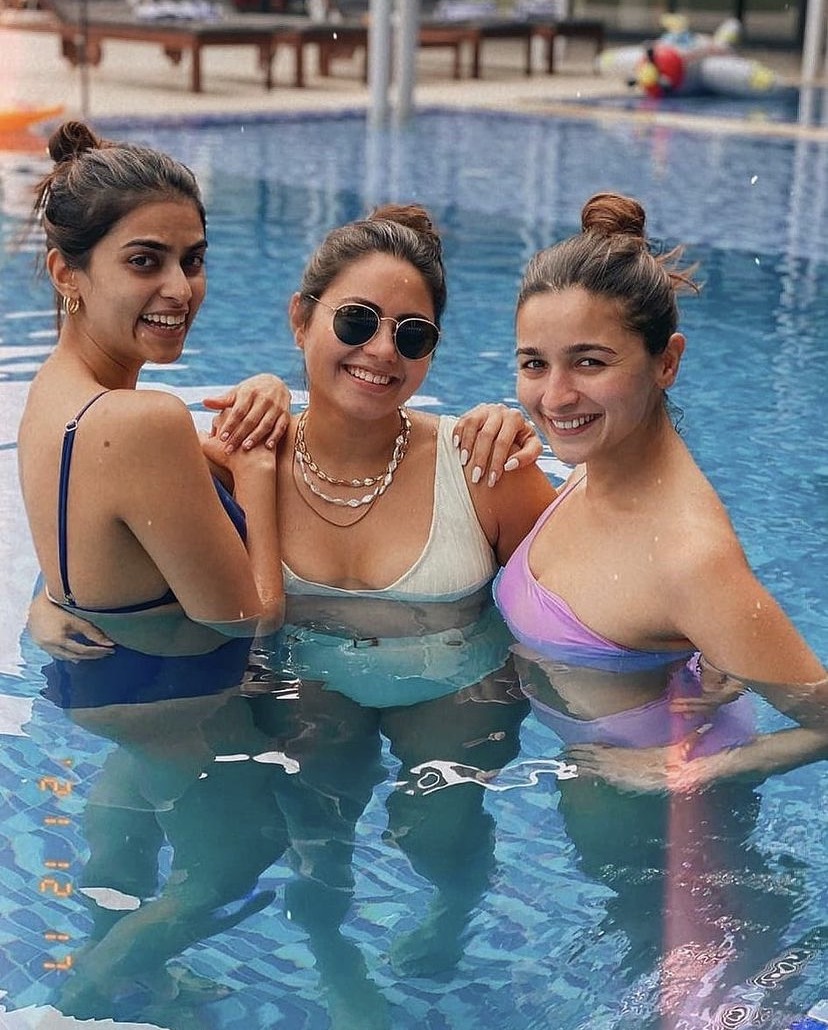 In March 2021, Alia Bhatt had turned bridesmaid for her best friend, Rhea Khurrana's wedding in Jaipur. A video from the same had gone viral on the internet, where Alia was seen grooving with her girl tribe and the bride. The actress had performed with her best friend, Akansha Ranjan Kapoor. The girl tribe had performed to the beats of the song, Genda Phool, sung by Badshah, which had featured Jacqueline Fernandez. Alia was looking super gorgeous in a pink pant-style saree.

On March 14, 2021, Alia Bhatt had taken to her Instagram handle and had shared pictures from the pre-wedding ceremonies. The actress was seen posing with her girl gang and had looked super pretty. Alongside the picture, she had written:

"We keep this love in a photograph, we make these memories for ourselves." Alia Bhatt’s other BFF, Anushka Ranjan had got married in November 2021 to Aditya Seal. A video clip from their sangeet ceremony was doing the rounds on social media, where Alia, Vaani Kapoor, and Krystle D'Souza, had set the dance floor on fire as the three gorgeous divas were seen dancing to the tunes of the iconic Punjabi dance number, Hayyo Rabba.

We always take inspiration from Alia Bhatt’s bridesmaid avatar. What about you?

Next Read: Soha Ali Khan Posts A Picture With Taimur Ali Khan When She Held Him In Her Arms For The First Time