A video of Ajay Devgn being carried by several men in a 'palki' to the Sabarimala Temple received massive outrage from the netizens as they trolled the action hero for not even able to walk.

One of the finest actors of Bollywood, Ajay Devgn, needs no introduction as he has made a name for himself with his power-pack performances. Ajay Devgn was launched in the industry by his father, Veeru Devgn, through the superhit film of the '90s, Phool Aur Kaante. Since then, there was no looking back, and Ajay has never let his massive fanbase down.

Bollywood actor, Ajay Devgn has been in the headlines for some days now since his visit to the iconic Sabarimala Temple in Kerala. However, the buzz about the actor's visit to Sabarimala Temple has transformed into severe trolling after a video of Ajay Devgn being carried on a palki to the temple has gone viral on the internet. 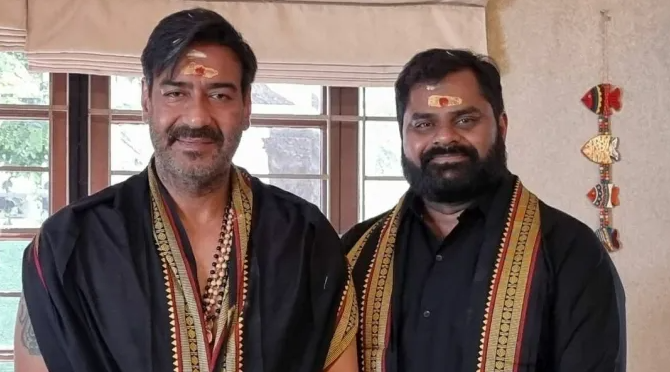 A few days back, Ajay Devgn was spotted at the famous Sabarimala Temple in Kerala, and the pictures and videos from his visit have been trending on the internet since then. Ajay donned a black kurta-pyjama for his visit to the temple and looked completely engrossed in the spiritual vibes of the holy place. However, now a new video of Ajay being carried by some men on their shoulders with the help of a palki surfaced on the internet, and it made netizens angry and disappointed. While some trolled him for not walking like other devotees, some even questioned why the action hero could not walk in real life. According to a report in ETimes, a source close to the actor informed the publication that Ajay Devgn had opted for a palki instead of stairs because of some security issues and his health condition. The source also added that the actor had suffered multiple leg injuries in his career, which is why he wasn't recommended to use the stairs to reach the Sabarimala Temple. The source was quoted as saying:

"This was mainly done to avoid any gathering or chaos keeping in mind the safety of all the devotees coming to the temple. Apart from this, Ajay Devgn who is an action hero, has had multiple leg injuries over the years. Going by what his doctor has recommended, he has been asked to avoid walking for longer duration since he is currently being treated for the same."

Earlier, in a ETimes report, it was reported that Ajay Devgn had followed all the rituals and strict rules during his stay inside the Sabarimala Temple. From wearing black clothes, sleeping on a chatai to avoiding garlic and onion in his food, Ajay Devgn had proved his devotion towards Lord Ayyappa. The report had also added that he had not used any footwear during his stay inside the temple and had walked completely barefoot for 11 days. Another source close to the actor was quoted as saying:

"For 11 days, he slept on a chatai on the floor, wore black, did the Ayyappa Pooja twice a day, ate only vegetarian food without any garlic/onion, walked barefoot wherever he went, didn't use any perfume and did not have any alcohol." 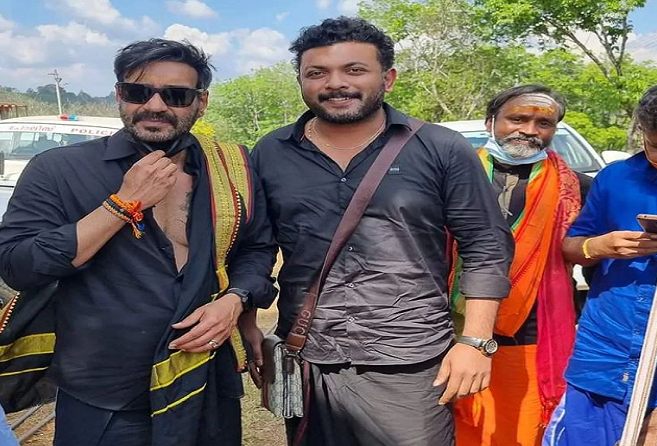 On the professional front, Ajay Devgn will be next seen in the film, RRR!