In our era of continuous evolution, some dynamics of Indian marriages too are gradually changing. Though the niche remains quite traditional in an overall perspective, trends like the bride being considerably older than the groom have emerged. The topic was subtly touched upon in the 2009 Ranbir Kapoor-starrer “Wake Up Sid” where he falls in love with an older Konkona Sen Sharma and has many real-life examples in Bollywood.

Most people don’t realize that this trend was present in Bollywood long before it acquired its present-day acceptability. Nargis Dutt was one year elder to her doting husband, Sunil Dutt and their marriage was thought to be a bit strange considering the traditional mindsets of that era.

Cougar Marriages are a Bit Different

There is a big difference between this trend and cougar marriages. “Cougar” is a slightly derogatory term which suggests that the female has gotten hold of a younger male mainly for the greater sexual pleasures that a young mate can provide. For instance, the marriage of Demi Moore with Hollywood’s leading heartthrob, Ashton Kutcher despite Moore being 15 years older, was widely reported as a cougar marriage. 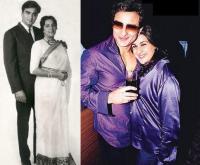 The only Bollywood marriage of the cougar type, and too with a big speculation, was that of Saif Ali Khan with Amrita Singh in 1991. Amrita was 12 years older than Saif and he wasn’t an established actor. Only his royal lineage and young looks were touted as the reason for Amrita choosing him. This marriage lasted for nearly 12 years but ended in 2004. Ironically, Saif is now dating a much younger Kareena Kapoor.

Success of Such Marriages is a Mixed Bag

The world’s biggest pop diva, Madonna married Guy Ritchie, an upcoming English director, despite being 10 years older than him and this marriage ended with a widely-reported divorce. Another example of this trend failing is that of the once-famous Manisha Koirala who tied the knot with a 7-year younger Samrat Dahal. The marriage has reportedly fallen on hard times and the divorce is impending.

One of the few successful examples of this trend is the marriage of the Indian batting maestro Sachin Tendulkar to an older Anjali Tendulkar. Anjali is five years older than the Grandmaster of Cricket and most observers would agree that the age difference is very visible with Sachin looking even younger with his curly locks and athletic frame.

The other happy couple in this group is Farah Khan and Shirish Kunder with Shirish being 8 years younger to the ace choreographer/director. Farah Khan’s family has come full circle with three healthy children, born as triplets, and Kunder finding his feet in Bollywood as a director. 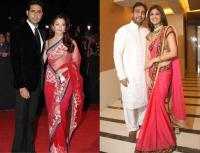 The age difference doesn’t qualify to raise eyebrows or be judged as another cougar marriage if it is quite menial. For instance, Shilpa Shetty and Aishwarya Rai have husbands who are two years younger, i.e. Raj Kundra and Abhishek Bachchan respectively.

This trend suggests progressive mindsets where people have accepted that age is just another number and it cannot define the chances of success or failure of a marriage. Please feel free to express your opinion in this regard and tell us, Would You Have Any Reservations In Marrying A Much Younger Man?

With the immense love for cricket that Indians have in their hearts, every season of the Indian Premier League will be a hit. The stadiums filled with an over-enthusiastic audience, cheerleaders cheering for their teams, owners of the teams and families of the cricketers rooting from the VIP stands and