Bollywood superstar, Shah Rukh Khan's daughter, Suhana Khan took to her IG handle and posted some stunning clicks of herself. Agastya Nanda's comment on her picture was totally unmissable!

Star kids in Bollywood hold a different status altogether. Whatever they do becomes a piece of news, be it making their social media profiles public or sharing pictures with their star parents or their social media banter with each other. Fans love to see star kids in action, keeping which in mind, we've brought a crispy gossip for you! Dive in to find out! (Recommended Read: Namrata Shirodkar And Mahesh Babu Share Beautiful Pictures From Their Vacation, Dine Out With Kids)

Some days ago, Amitabh Bachchan's grandson, Agastya Nanda had made his IG profile public and had garnered lots of attention. Probably because Amit ji's grandkids, Agastya and his sister, Navya Naveli mostly stay away from the media glares. Anyway, Agastya's grand IG debut was the talk of the town as his profile had given a random 'scrapbook' kind of vibes. Agastya's quirky comments on his family and friends' pictures are not new, and once again, we've seen a glimpse of the same. 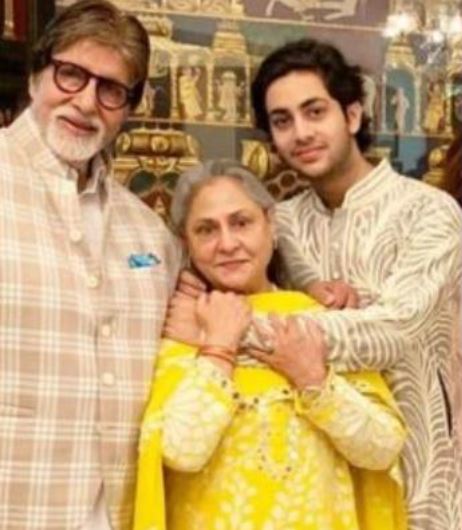 Bollywood superstar, Shah Rukh Khan's daughter, Suhana Khan took to her IG handle and posted some stunning clicks of herself. Looking at those pictures, we can surely say if makeup is an art, Suhana Khan is the Picasso of it. Suhana Khan's on-point makeup always steals our heart and this time was no different. She was a charmer in a black dress paired with a matte lipstick in shades of burgundy, winged eyeliner, highlighted cheekbones and her signature pout. Suhana captioned the pictures as "I kinda look like a grown up no?" On her stunning pictures, Navya Naveli Nanda commented, "Yes, stop growing." Agastya Nanda made a quirky comment, which can be read as "Unfollowing." To which, Suhana Khan replied, "Haha. You're so original and funny." 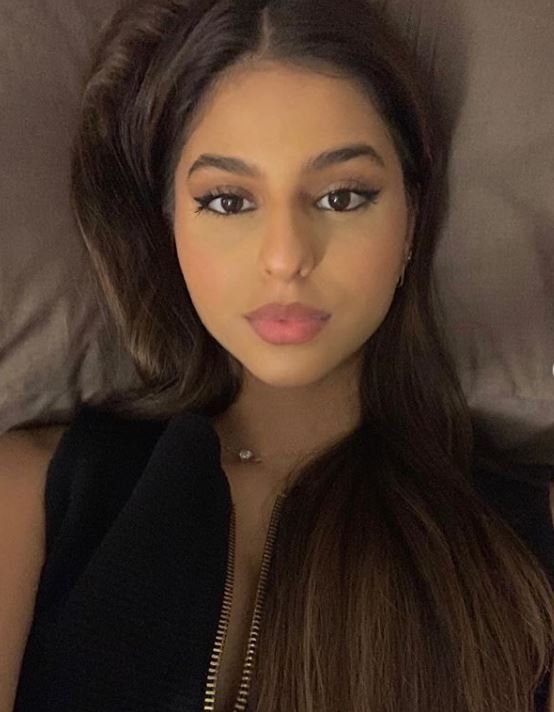 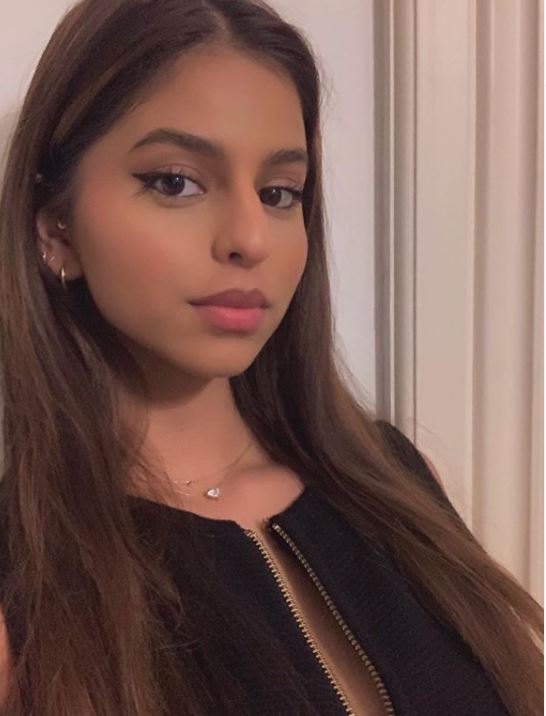 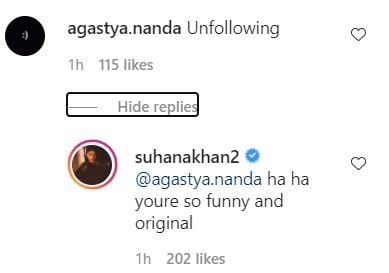 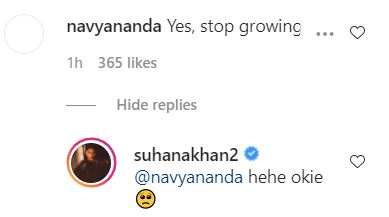 Agastya Nanda and Suhana Khan's social media banter has a history, which we're going tell you right about now! When Agastya Nanda had made his profile public, we had seen a lot of comments on his pictures. In one of the pictures with the words "I believe in the hustle, I don't f**k with luck" written next to him, his sister, Navya had commented, "Pls explain. Are you trying to be edgy?" Alia Bhatt had also replied on Navya's comment, "Hahaha exactly please explain your actions." Suhana Khan had commented on one of Agastya's pictures, "Unfollowing." No doubt now Agastya's quirky remark on Suhana's post makes sense! (Also Read: Angad Bedi Pens A Note For The Love Of His Life, Neha Dhupia As He Shares A Cute Video) 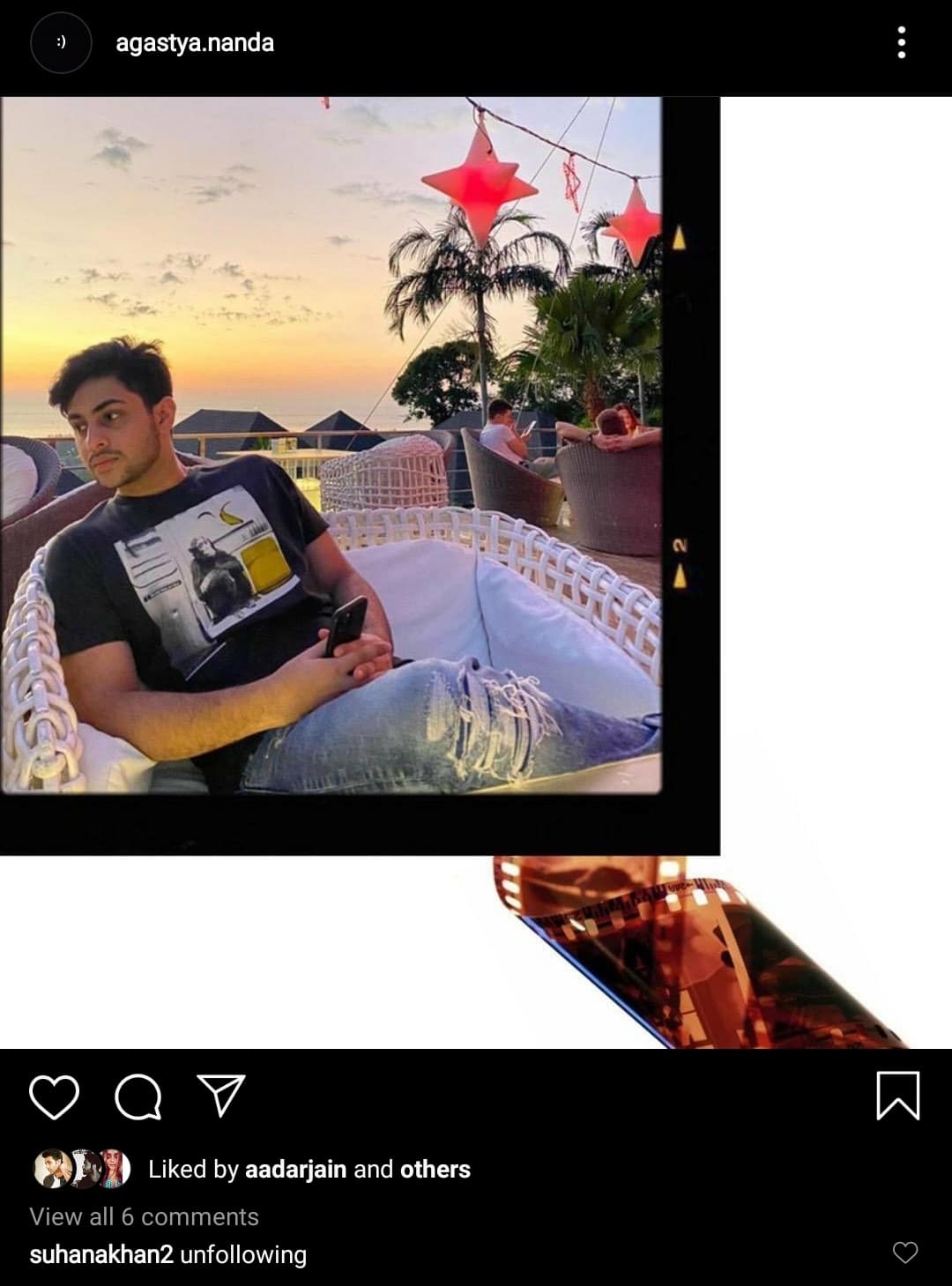 Shah Rukh Khan's daughter, Suhana Khan is quite active on social media with over a million followers already on her profile. On October 15, 2020, Suhana had posted a mesmerising picture of herself posing like a diva. Donning a printed aqua-blue coloured dress, Suhana had looked charming against the backdrop of a dark maroon coloured designer wallpaper. The best part was the dress that she had very proudly flaunted, had belonged to her beautiful mother, Gauri Khan. Suhana had stunned in her trademark, beachy wave hair, minimal makeup and a shimmery brown lipstick. Her comment section was flooded with praises for her beautiful picture. She had captioned it as "gonna post this before i stare at it long enough to start hating it." 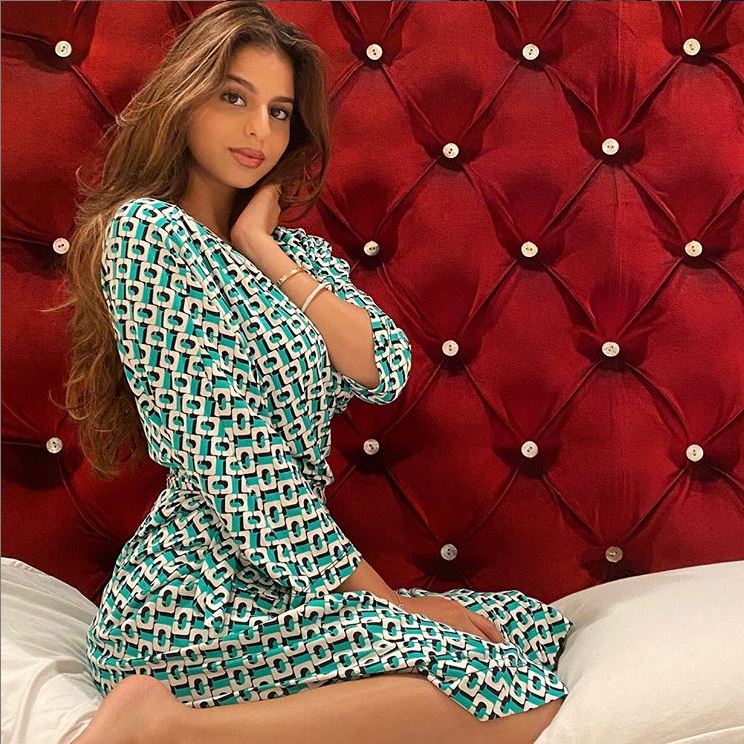 Some days ago, there was a strong commotion on social media regarding racism and 'colourism', when Suhana Khan had taken to her IG handle and had narrated the story of being trolled because of her skin colour. Suhana had shared a series of screenshots of the nasty comments she had received for her complexion and had penned a long note talking about how she's proud to be dark-skinned and 5'3 in height. (Don't Miss: Neetu Kapoor Misses Rishi Kapoor As She Takes Her First Flight, Thanks Children For Encouraging Her) 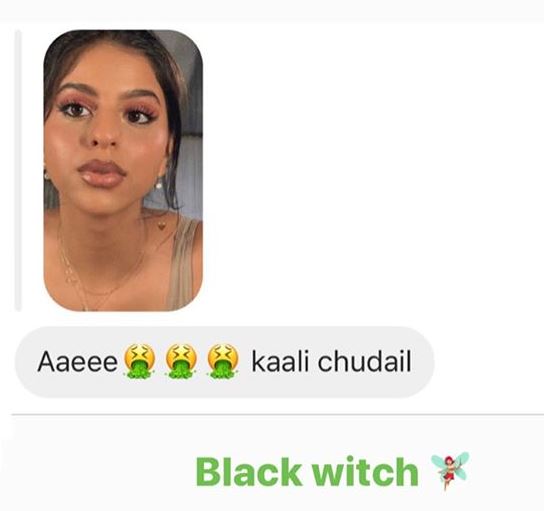 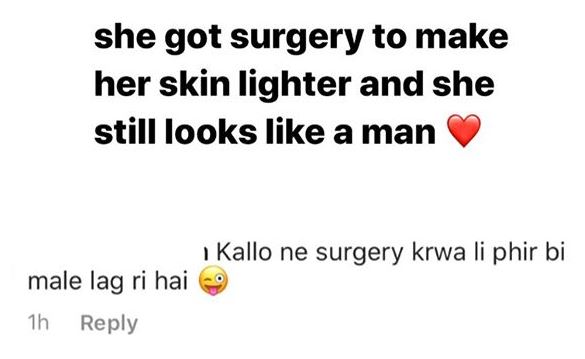 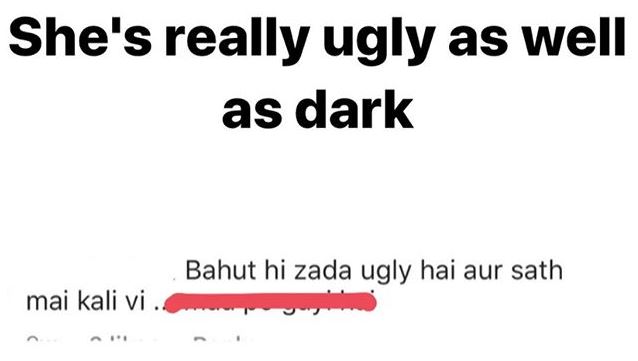 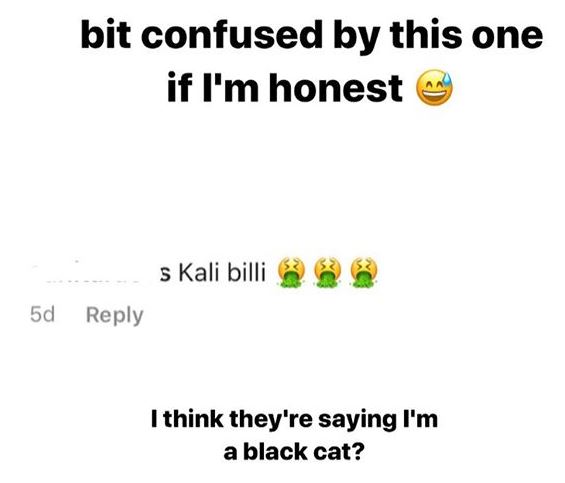 Do you also have such friends, who drop quirky comments under your pictures?