The new-age husbands are breaking the traditional norms by keeping Karwa Chauth fast for their wives. Check it out!

Karwa Chauth is one of those festivals, which instantly brighten everyone's mood. It is one of those beautiful days that re-instil our faith in our religion. On this day, married women across the nation keep nirjala fast for the long life of their husbands. Nowadays, it might be associated with a lot of other notions, but all and all, it is a beautiful ritual of immense love.

Since childhood, Karwa Chauth is one of the most special occasions. We all have seen our mommies getting dressed up on this big day, which comes once a year and leaves a lot of happy memories. After all, this is the day, when 'Misters' of the house, try to do some work to lessen the burden of their 'Missus', who are fasting. However, thanks to the new-age husbands, they are not just helping in the household chores, but are also keeping the fasts with their better-halves. Meet our celebrity husbands, who always accompany their wives in Karwa Chauth fasts! Abhishek and Aishwarya had tied the knot in a close-knit wedding in Mumbai on April 20, 2007. We all know that Aishwarya Rai Bachchan keeps the Karwa Chauth fast for her hubby, Abhishek Bachchan, every year but not many know that Abhishek also keeps a fast with Aishwarya. Yes, the actor is a doting husband, who loves pampering his ladylove. In an interview with KoiMoi, Abhishek's co-star, Inayat Verma had shared an interesting anecdote from the day. He had said: 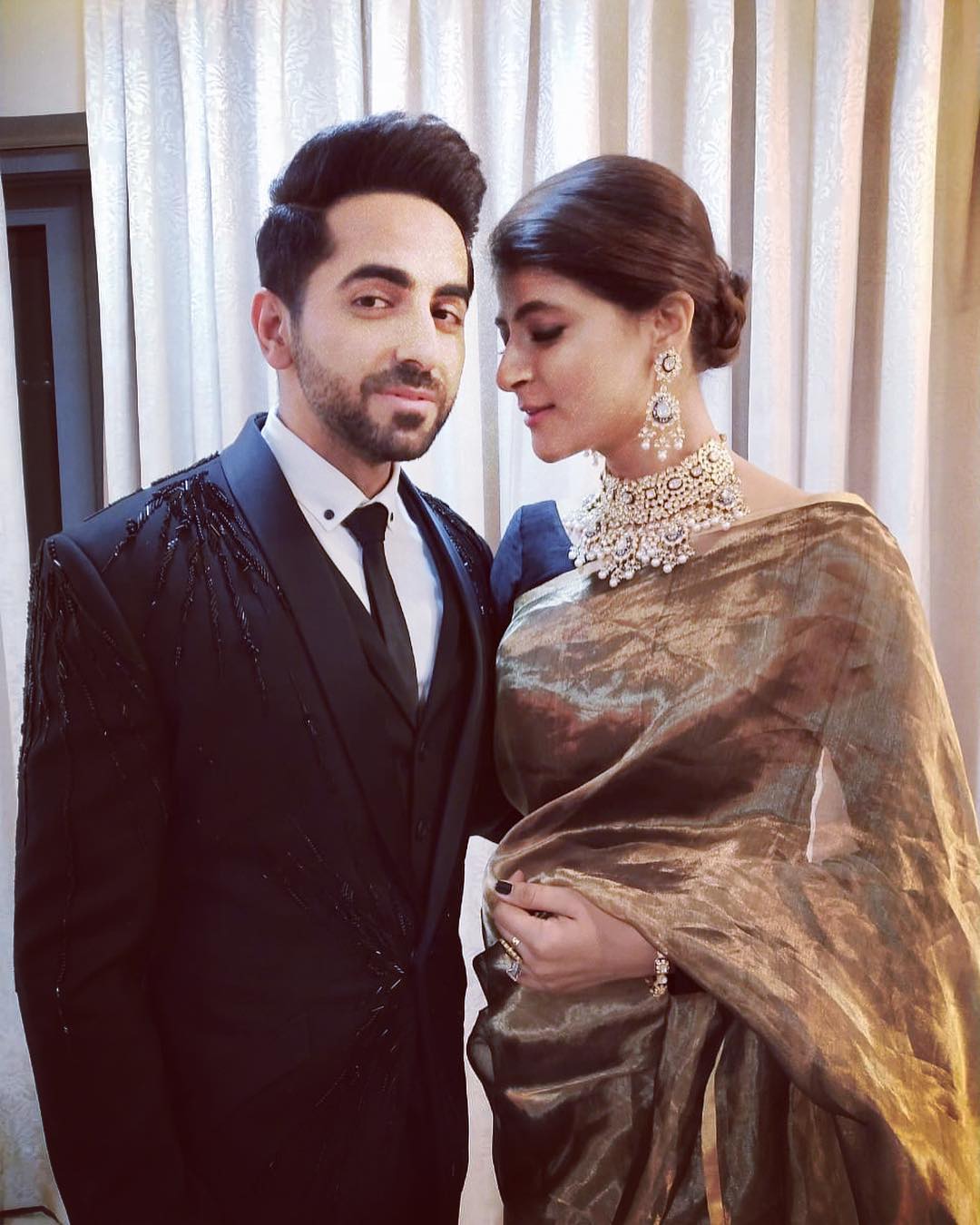 Ayushmann Khurrana had made headlines when he had kept Karwa Chauth fast for his wife, Tahira Kashyap, who was diagnosed with Stage 0 breast cancer in 2018. The actor had kept the nirajala vrat for the good health of Tahira, and he had even gotten the initials of her name written with mehendi on his palm. 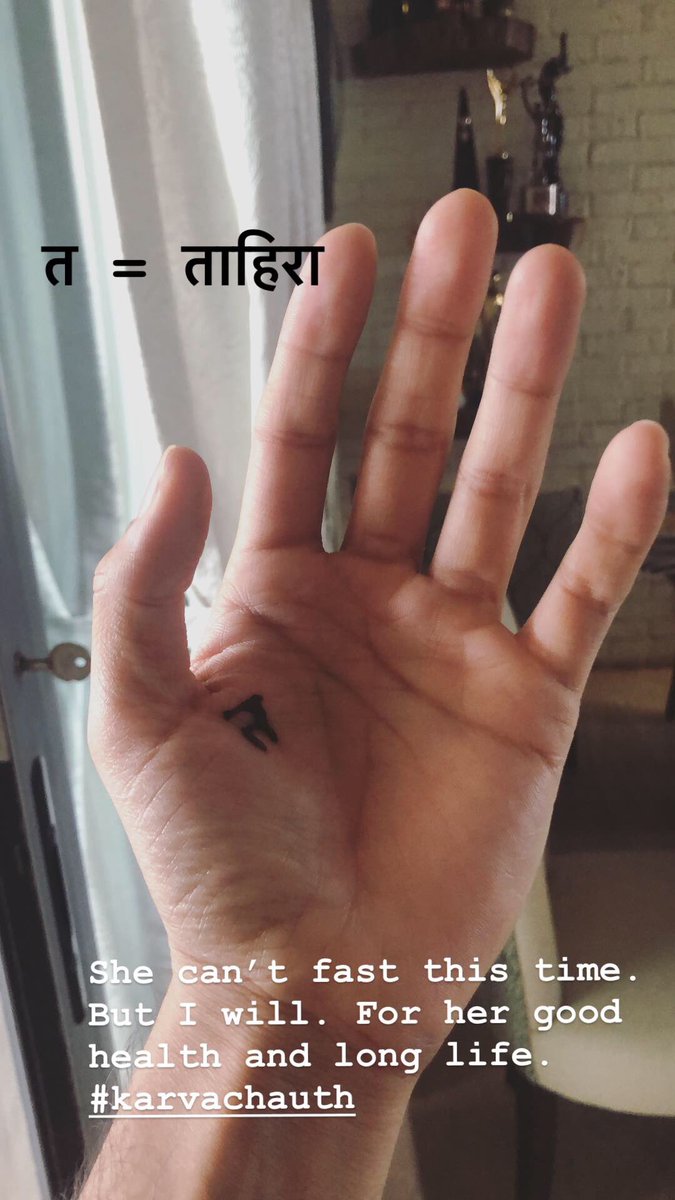 After which, Ayushmann has been keeping the fast for his wife, Tahira, without fail. In a 2018 interview with the Mumbai Mirror, Ayushmann had talked about keeping fast with Tahira. He had said:

"For the past two years we have been fasting together. This is the first time Tahira couldn't, as she's undergoing chemotherapy. I decided to go ahead with it alone. She was really touched." 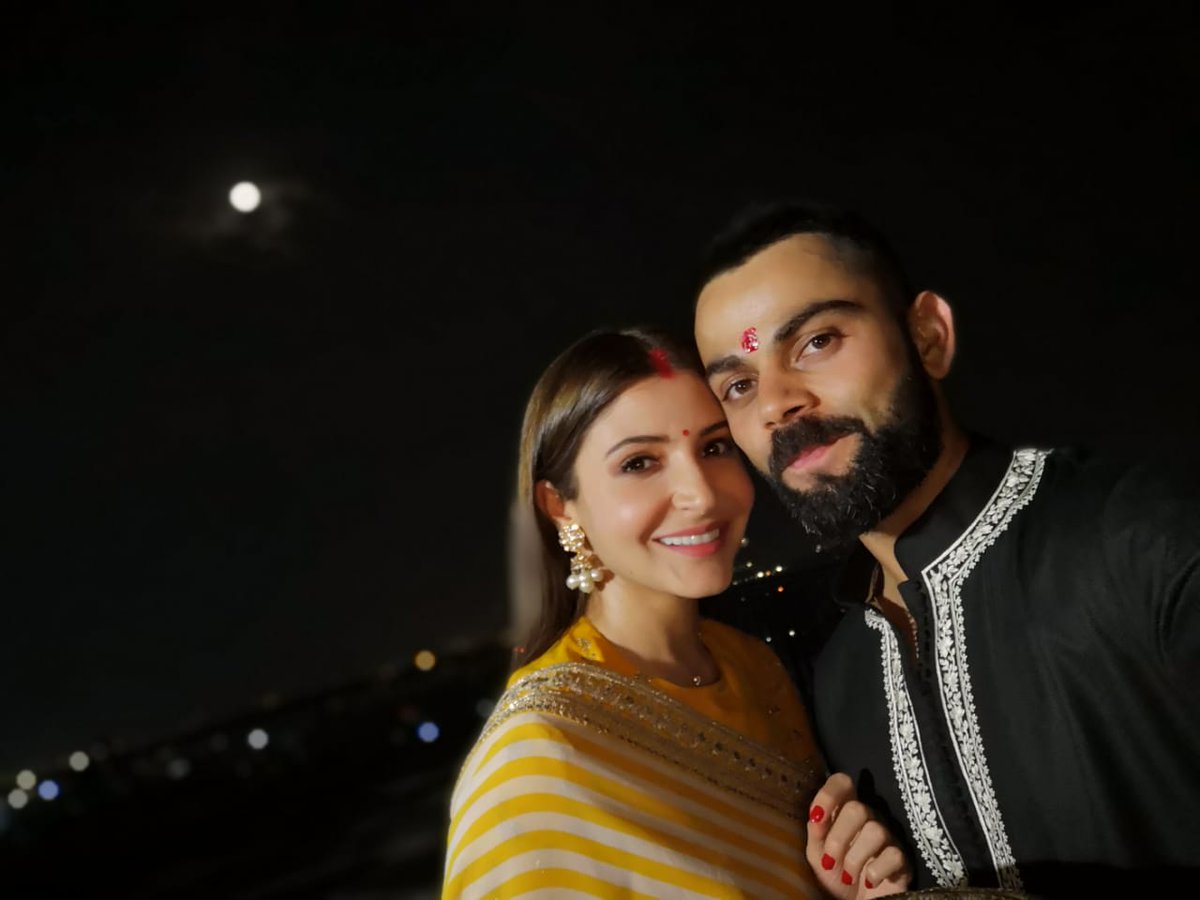 Virat Kohli and Anushka Sharma had first met each other while shooting for a commercial and had fallen in love. After dating each other for quite some time, in the year 2017, they had made their relationship official by tying the knot. However, it was during their second Karwa Chauth celebration when the duo had revealed that they are each other's fasting partner. Sharing a picture of their celebration on his social media, Virat had written:

"The ones who fast together laugh together. Happy karvachauth." 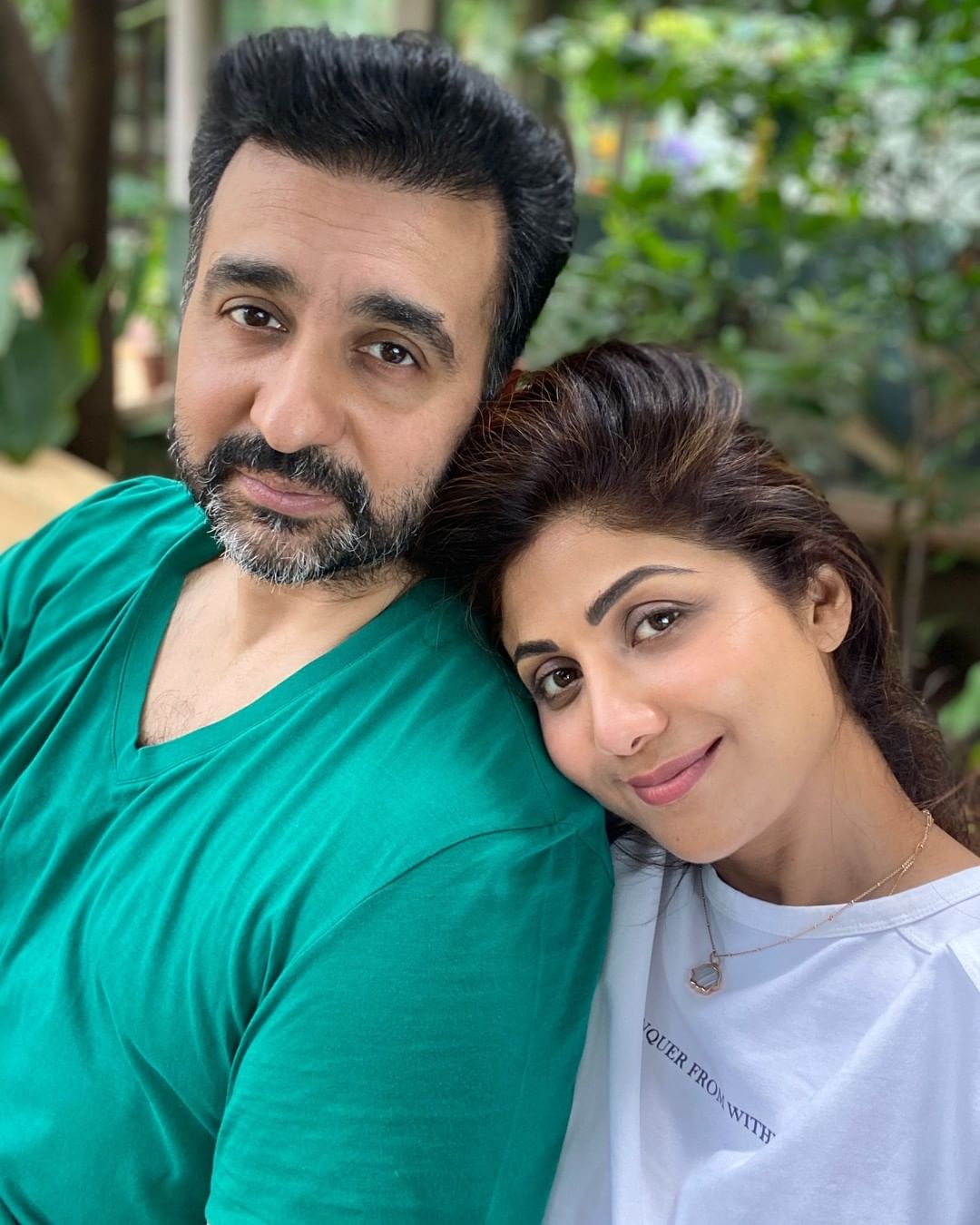 Bollywood actress, Shilpa Shetty Kundra had broken many hearts when she had tied the knot with the love of her life, Raj Kundra on November 22, 2009. Ever since they had tied the knot, Raj has been pampering Shilpa and making sure to be her pillar of strength. On Karwa Chauth 2020, Raj had revealed in his IG post that he has been keeping the Karwa Chauth fast for eleven years. However, the post has been deleted from his Instagram handle. Jay Bhanushali and Mahhi Vij had tied the knot on November 11, 2011, but had kept it hidden from the media glare because of their respective work commitments. However, in February 2012, they had disclosed the deets of their secret marriage. However, the duo had taken the plunge again in Las Vegas and their wedding pictures still win our hearts. In a 2014 media interaction, Jay had revealed that he wants to make his wife feel special and this is the reason why he keeps Karwa Chauth fast for her, every year. 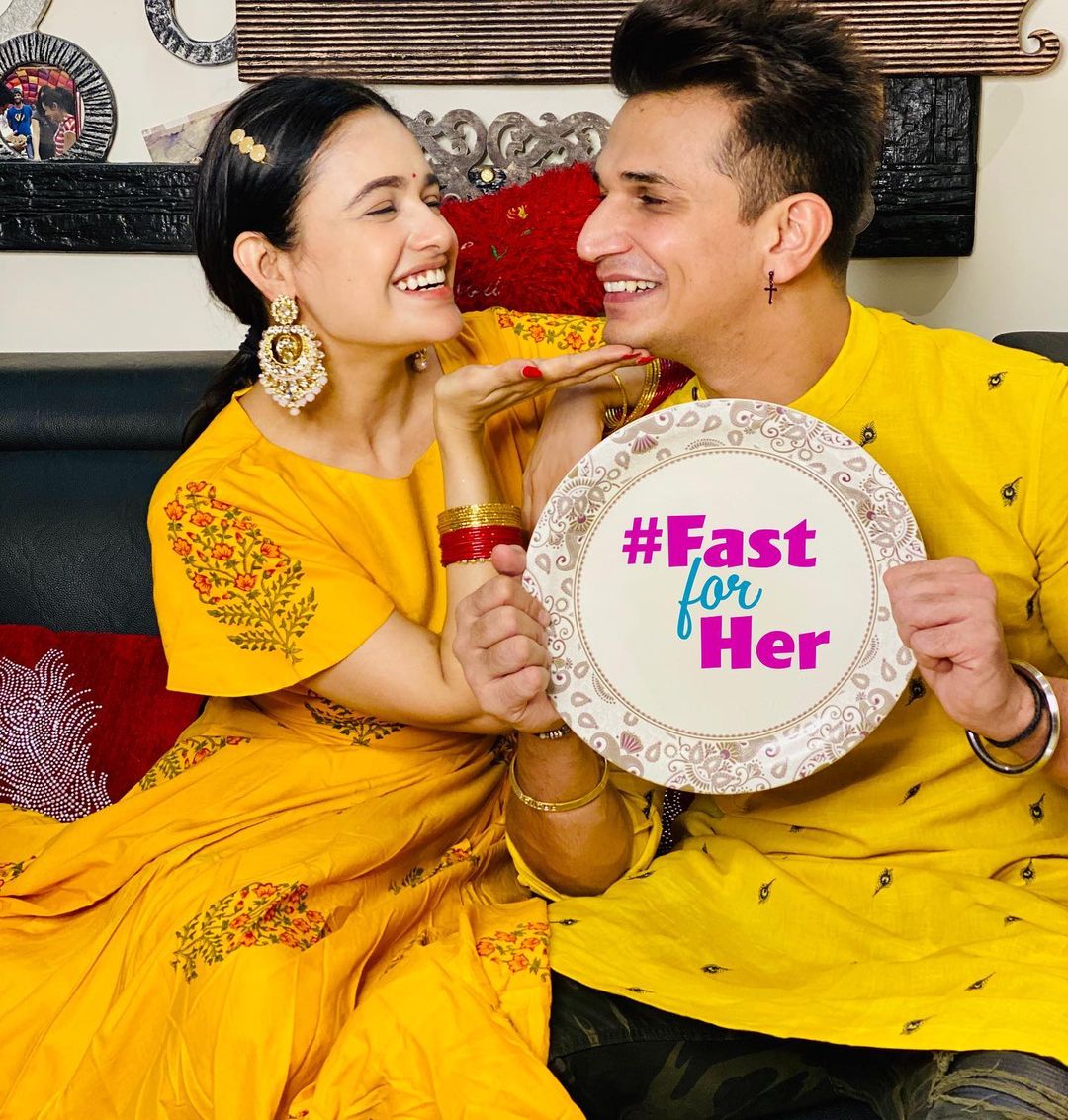 Prince Narula was head-over-heels in love with Yuvika Chaudhary when he had first seen her on the reality show, Bigg Boss (Season 9). The flames of their love had started burning in them when they were inside the BB house. After coming out of the reality show, the duo had started dating. On October 12, 2018, they had tied the knot. Prince has been keeping fast every year for Yuvika. In an interview with Pinkvilla, Yuvika had happily revealed:

"He is keeping a fast for me, I am for him. We both are fasting. He kept a fast when we initially got in together and I wasn't fasting then. I asked him who are you fasting for and he said I have kept it for you." 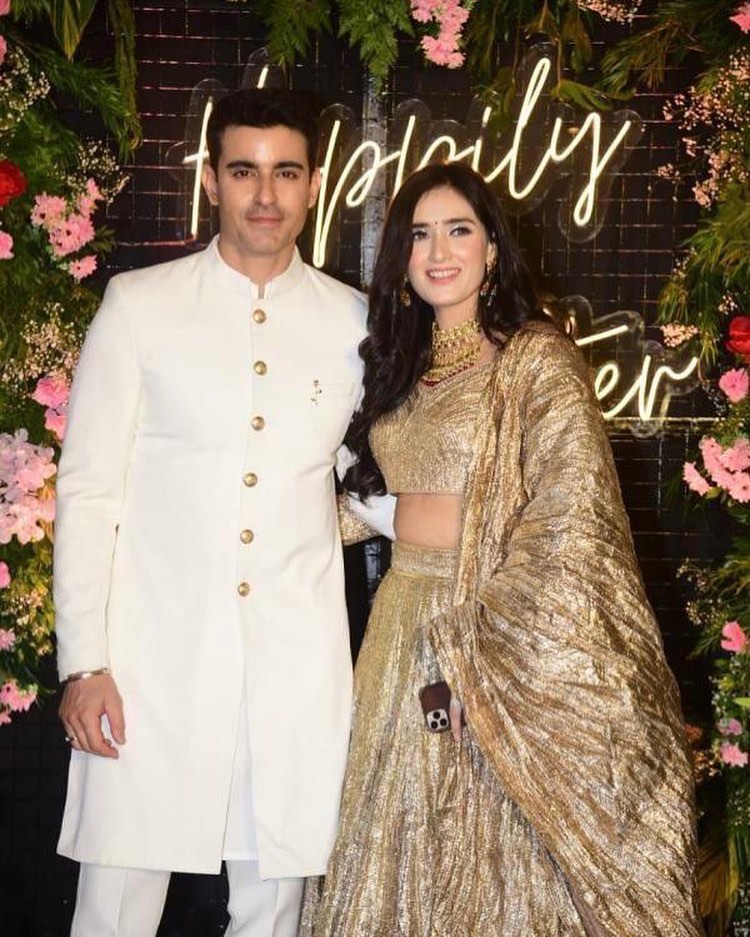 Television actor, Gautam Rode had tied the knot with actress, Pankhuri Awasthy in 2018. The actor proudly accepts that he has been keeping Karwa Chauth fasts for his wife, Pankhuri before marriage. In an Instagram post, Gautam had written:

"Love makes you do things you can never imagine.. I have never fasted in life, but I’m glad that my first fast is for someone who has always stood by me. @pankhuri313 This is our first Karwa Chauth and I am giving up food for love."

Karwa Chauth is one of the most special festivals for both husband and wife, and our Indian celebrities proved that if your love is true, you can keep the nirjala fast.