The ace celebrity fashion and jewellery designer, Sabyasachi Mukherjee, has garnered a lot of appreciation for his works, but over time, he has become a part of many controversies, too.

Sabyasachi Mukherjee, who hails from Kolkata, has created an empire of his own with a plethora of designs. He has been selling merchandise since 1999 and is one of the Associate Designer Members of the Fashion Design Council of India. He is also one of the youngest members of the National Museum of Indian Cinema. He has designed outfits for films like Black, Guzaarish, Raavan, English Vinglish, and many upcoming big-budgeted Bollywood movies are in his kitty too.

Apart from being a film outfit designer, Sabyasachi is well known for his bridal couture. He has a social media page, where he shares his works from across the world. He has also designed wedding attires for Bollywood celebrities like Anushka Sharma, Deepika Padukone, Priyanka Chopra, Patralekhaa Paul, and had garnered a lot of love and appreciation from the netizens. Apart from his designs, over the years, Sabyasachi has hit the headlines with either of his controversial advertisements or provocative comments. Here are eight times when the designer was trolled by the netizens.

#1. 'Unhappy Models' in the jewellery ad

On November 29, 2021, the fashion designer, Sabyasachi Mukherjee had faced backlashes from the netizens as he had shared a new set of pictures on his IG profile. The designer had launched his recent Autumn Winter 2021 fine jewellery collection. However, netizens had pointed out three such models who stared into the camera with sad and intriguing faces. Immediately, the post received a massive number of trolling. When Sabyasachi had launched his Fine Jewellery series, he had received a lot of trolling and backlashing for the pictures. The models were posed in an intimate position with a semi-naked look featuring the Royal Bengal Mangalsutra. The netizens didn't like it and had criticised the designer massively! 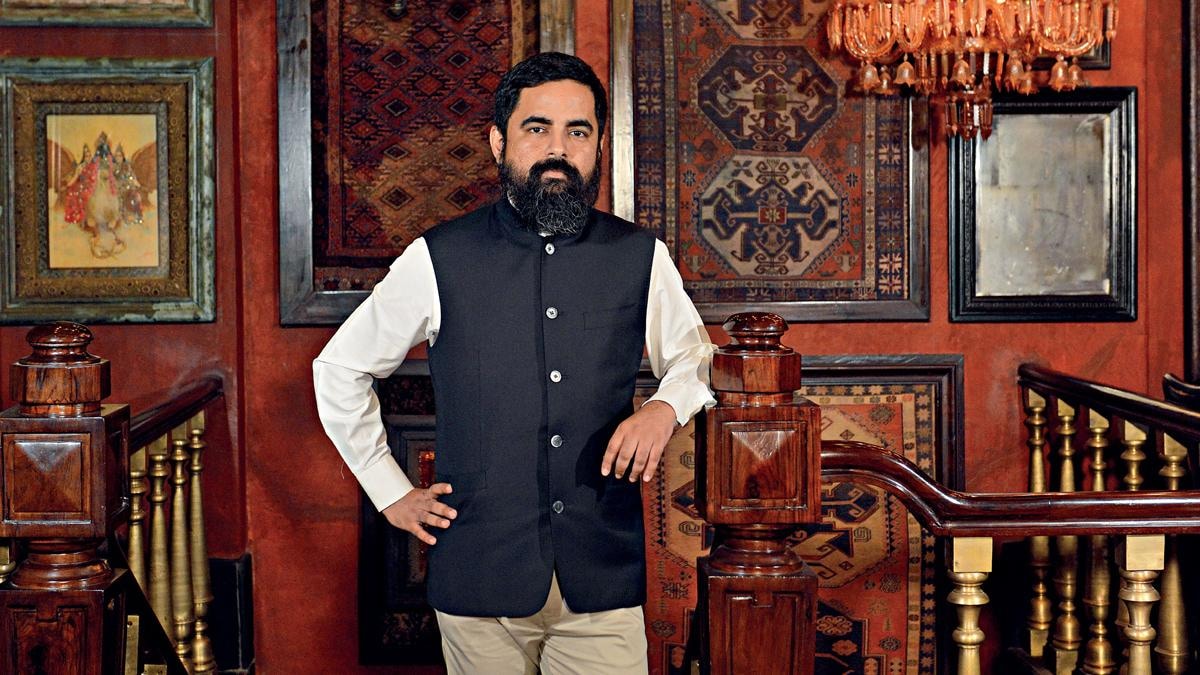 In 2018, Sabyasachi Mukherjee had picked up another controversy by making a statement on women, who doesn't know how to wear a saree at a Harvard conference. It was immediately taken into notice and he was trolled and had faced a lot of heat. In his words:

"I think, if you tell me that you do not know how to wear a saree, I would say shame on you." Sabyasachi Mukherjee had collaborated with the international clothing brand, H&M in August 2021. He had released a line of apparells with the brand where he had introduced a pink and white printed saree. But what caught the netizens' attention was the Rs. 9999 price tag. As soon as the apparells were rolled out, netizens had attacked the designer with memes stating the fact that the saree has an uncanny resemblance to what we can find in our grandmother's closet. The designer was even criticised for unethical work conditions. 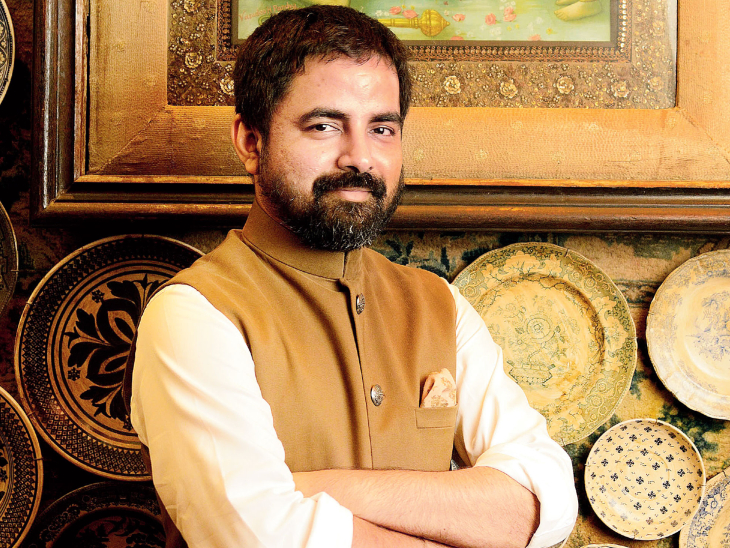 In 2018, Sabyasachi Mukherjee had faced a lot of backlashes from the netizens because of a remark that he had made while speaking at the Harvard India Conference. The internet had taken that statement by storm as the designer had commented on women's body type. His statement could be read as:

"In fashion, you have to reinvent yourself every three to five years. You need to be fresh. Right now, I've become tired of gaunt faces and stick-thin models. I'm obsessed by boobs!"

In one of Sabyasachi's Instagram posts in 2019, he had talked about how women who are overdressed or covered with jewellery can be in pain. This statement had received a lot of backlash from the netizens as they had pointed out that he had pinpointed women based on how much or how less they should dress up. Sabyasachi had said:

"If you see a woman' overdressed', caked with makeup, armoured with jewellery, it is most likely that she is wounded. Bleeding inside, silently. Heal her with your empathy because nothing can replace human warmth. Not even the most precious of jewellery." 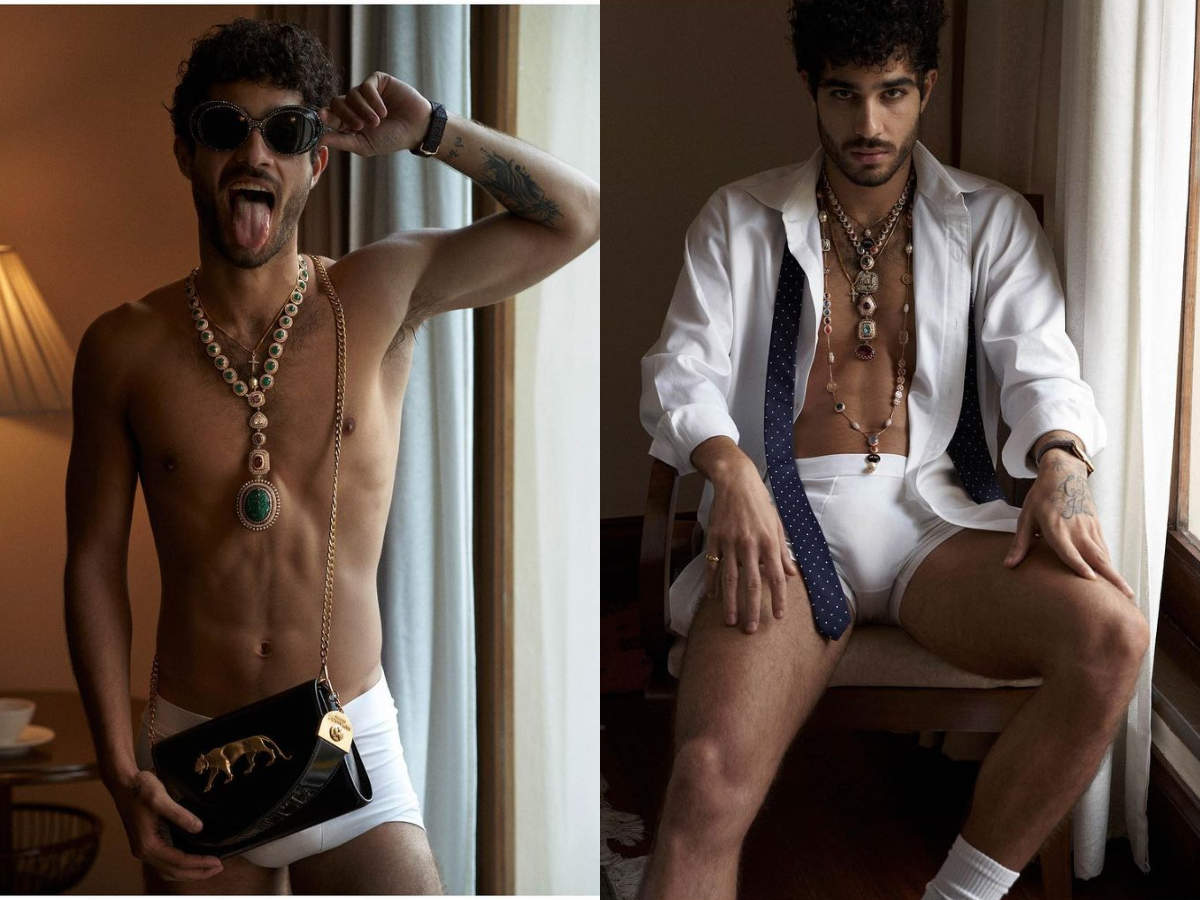 A Sabyasachi campaign featured a semi-naked man wearing only white trunks, kundan jewellery and a black clutch. It had stirred up the internet. A part of the netizens lauded the designer with appreciation, while another half had raised eyebrows and stated it as 'disgusting' and 'gross'. One of the social media users had written in the comment section of the post:

"It's simply odd and unattractive. It's trying too hard and not something that everyone likes. I think this campaign is pretty shit. It's overtly sexual for no reason."

Sabyasachi Mukherjee had posted a plus-size dusky model's picture on 2019's Women's Day and had drawn many flaky comments from the netizens. One of his followers had commented on the post:

"So every other day of the year you post pics of skinny women, on women's day the photo of a not so skinny lady.. where was this pretty lady the remaining 364 days?" 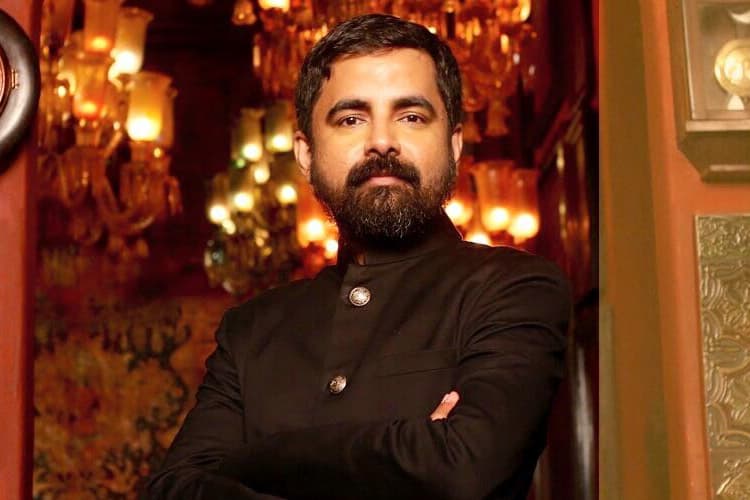 What do you have to say about these controversies? However, even after these controversial statements and advertisements, Sabyasachi Mukherjee still rules our hearts with his rich, unique design patterns, vibrant and basic colour palettes and the best craftsmanship!