Most Indian girls are raised to believe certain things when it comes to marriage. They are even told that these are the things that hold the key to a happy and stable married life for them. But most of these things might not hold relevance today! In fact, some of them are so archaic or saas-bahu soap opera material that modern girls, and even their husbands, might sometimes feel uncomfortable or even be opposed to these notions.

It is high time that some conventional beliefs change! Especially since the relationship between a husband and a wife, and their understanding has gone through a dramatic evolution in recent times. We give you five notions that women need to unlearn right away. This might serve as an eye-opener to help you live a fuller and happier married life.

When Neha Dhupia Was Asked To Tie Rakhi To Hubby Angad Bedi, What An Epic Reply She Gave!

Recommended Read: 6 Ways Married Couples can Be Equal in their Relationship

It might sound crazy, but this is probably the most often used line by most mothers, especially when their daughters are about to get married. Despite being touted as hilarious and outdated, many women still choose to believe this. We are not questioning any beliefs here, but just takes “husband idolising” to a whole new level, doesn’t it? Today, even most men desire a wife who stands strong and equal to them, rather than “worshipping” them. If a girl questions her husband, the elders use emotionally-laced words like, “But, he is your husband!” As if being a husband automatically absolves an individual of wrong doing. These days, with women achieving a foothold even in space, gender equality should not really be an issue. But it can be achieved only when women stop reserving divine status for the men they marry. This is a concept that is drilled into probably every little girl’s head in a very subtle way. They are often referred to as paraya dhan or “someone else’s treasure”. Sentences like, “You will soon go to your “real” home”, are said over and over again when they reach a marriageable age. Isn’t it funny that the home they were born in is not considered their “real” home? But the worst reality might hit some girls, if they don't get along well with their in-laws, and realise that even this new home is not their own, but their husband's! Why not just accept the fact that home is where you find people who will accept you for who you are? After all, ‘home is where the heart is’, right? Almost every girl is taught to be a pushover! It is as if every Indian wife is supposed to be a genie or a robot. They are asked by the elders in the family to avoid saying “no” to their husband. Listening to what he says is one thing, but "never say no to him" really means blind unquestioning and absolute obedience! Women have their own opinion, and the right to say what they feel, don’t they? Here is something more that is totally relevant in the day and age today- men actually respect and admire women who have a firm, well-thought view and opinion.

4. ‘No matter what you do, your real place is in the kitchen’

Despite women striding out of the kitchen into the boardrooms and courtrooms, and even in the Parliament, at the end of the day they are still expected to go back to their kitchens! “No matter what you do, your real place is in the kitchen”, is what they are told by the elders! Culinary skills have been hyped as the sole important reason for a man to love his wife. But some women love to cook and some don’t; some are great at it while some just cannot get a hang of it ever. Why can’t the fact just be accepted? Every woman has heard this at some point of time. What is “ideal”, really? Does it have a definition? This belief simply drives a woman out of her mind, trying to cope with the high standards set by society, and no matter how good she is, she never seems to be “ideal” enough. All of us have our own quirks and crazy moments, and sometimes these are what define us. In the times today, accepting a partner with all their perfections and flaws should be considered “ideal” more than anything else, we say!

Marriage is an institution that can work well only when both partners give in their best. When every woman understands this, and unlearns the ancient beliefs, it will become easier for men too to understand and comprehend what their marriage really means. 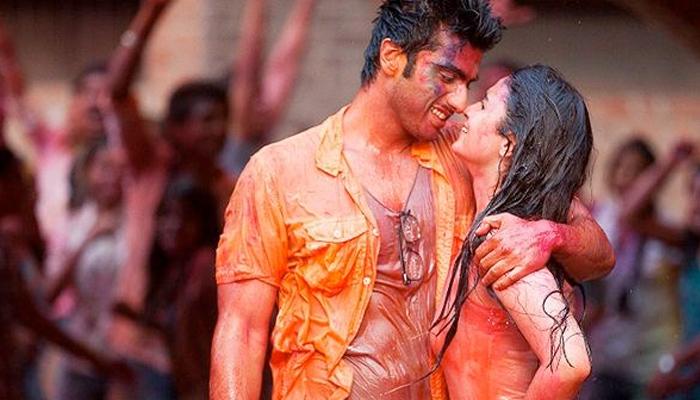 First festivals that come after your wedding not only call for revelry but have a special ring to them as well. Your new family expects you to look and behave your best when they celebrate these festivals with you for the very first time. The wisest approach to celebrate festivals