Fashion 20 Actresses And Their Love For Ethnic White
Home / Astrology

They say, 'jodiyaan upar se banker aati hain', but do these couples really meet on the Earth? And, even if they do; do they really last together for a long time? Well, sometimes they do, and sometimes they don’t. The answer to their relationship can be found in the stars and their zodiac signs. While some zodiac signs do last for a long time as per their compatibility with each other, others are not so lucky.

Recommended Read: This Is How You Can Choose Your 'Mr Perfect' According To Your Zodiac Sign

So, today we have for you some famous Bollywood couples and their compatibility with each other, as per their zodiac signs. While Shah Rukh Khan is a Scorpio (November 2, 1965), Gauri Khan is a Libra (October 8, 1970). Libra and Scorpio make for a wonderful pair, and the same can be said of King Khan and Gauri’s relationship. Both of them value commitment and togetherness. They enjoy each other’s company and have a lot to offer to the other person. A Scorpio man is very deep, sensitive and fiercely suspicious. On the other hand, a Libra woman is soft, charming and elegant bestowed with a charming smile. The only drawback of this couple is their headfast nature and their lack of communication.

Also Read: Wedding Destination That Are Perfect According To Your Zodiac Sign Shahid Kapoor is a Pisces (February 25, 1981) while his better half, Mira Rajput is a Virgo (September 7, 1994). A Pisces male and Virgo female are a particular case of “opposites attract”. While the Pisces man is a charmer and can sweep any woman off her feet, a Virgo woman is a brilliant person who is very charming. She is of the view that it is her duty to love her man, bear his children and be a dutiful wife. The Pisces man and the Virgo woman find the perfect balance between themselves. Their only negative point could be that a Virgo woman sometimes nags a lot, which can be a put off for the Pisces man. 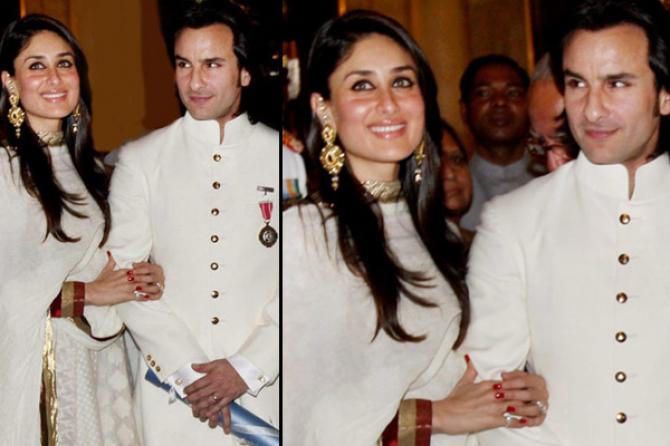 While the Nawaab of Pataudi, Saif Ali Khan is a Leo (August 16, 1970), Bebo aka Kareena Kapoor Khan is a Virgo (September 21, 1980). These signs strike a successful balance when they meet. While a Leo man has the reputation for being the bad boy, he mellows down when he comes in contact with a Virgo woman, which is a plus point for her. Once they both decide to be in a relationship, it is their conversational skills that come to the fore. She is thoughtful and intuitive and he is known to give adequate attention to detail. They make for an ideal pair when it comes to romance. The only con of this relationship can be the arrogance of the Leo man and the inability of a Virgo woman to take it any longer.

Also Read: Ladies, Here is The Right Type Of Footwear According To Your Zodiac Sign And Personality Riteish Deshmukh is a Sagittarius (December 17, 1978), and his lovely baiko Genelia D’Souza is a Leo (August 5, 1987). Both are fire signs and thus their relationship is truly a favourable one. While the Sagittarius man is a philosophical person, the Leo woman has a sunny disposition. They are kindred spirits and theirs is a happy relationship with both of them being quite proud of each other. However, both these fire signs are known for their temper and once stoked; it becomes difficult for them to find a common ground. 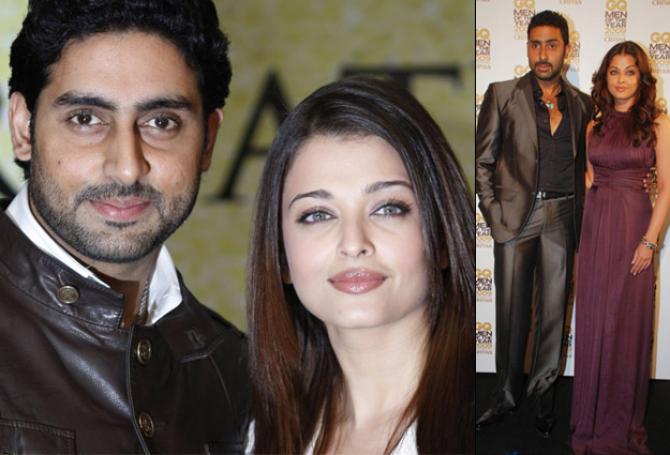 While the Chhota B, Abhishek Bachchan is an Aquarius (February 5, 1976), his ladylove Aishwarya Rai Bachchan is a Scorpio (November 1, 1973). This is a unique pair, which rightly shows in this power couple’s relationship. Their compatibility can be quite challenging, but both of them love challenges. While the Scorpio woman finds the Aquarius man’s easy-going attitude to be fascinating; the air of power-hungry person is what draws the Aquarius man to the Scorpio woman. But, both of them have an extremely stubborn side too; which when comes to the fore can play havoc with the couple’s life and compatibility.

Don't Miss: Best Lipstick Shades That Highlight Your Personality According To Zodiac Sign 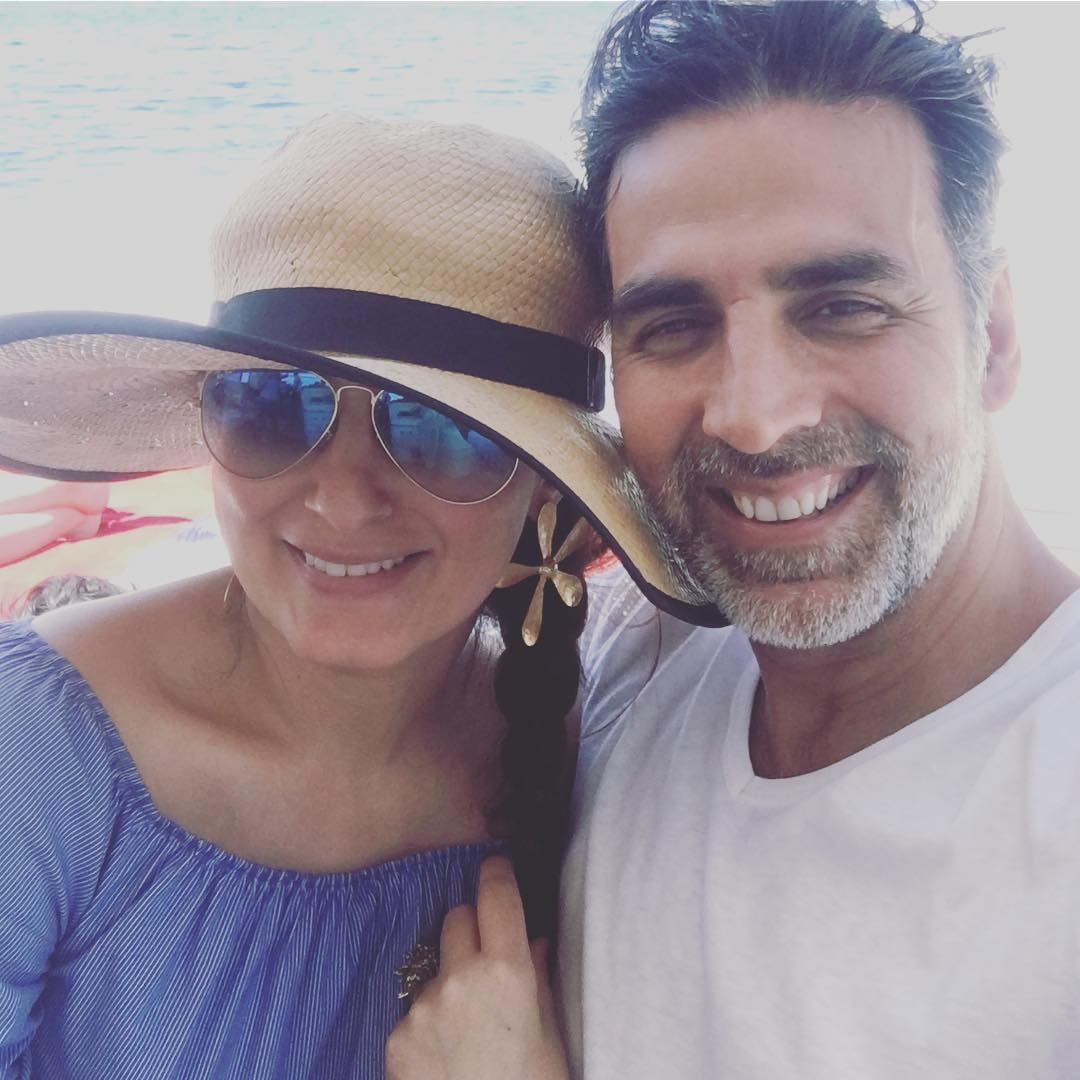 The Khiladi of Bollywood, Akshay Kumar is a Virgo (September 9, 1967) and Twinkle Khanna aka Mrs Funnybones is a Capricorn (December 29, 1974). Virgo and Capricorn make for a very hardworking and practical match. Their relationship is a perfect match and they appreciate and admire each other for their sensible nature. They both are extremely career oriented and will support each other through their career goals. However, this couple can also hit a rough patch if they realise that there is no excitement left in the relationship, and they might want to look for some outside the relationship. Ajay Devgn is an Aries person (April 2, 1969), while Kajol is a Leo (August 5, 1974). Theirs is a very passionate relationship with both Aries and Leo being fire signs. The Leo woman is attracted to the Aries man’s assertiveness while for an Aries man, the confidence, glamour and warmth of a Leo woman are sure shot charmers. They need to be equal to each other in this relationship as neither will like being subordinate to the other. However, jealousy can play spoilsport in this otherwise passionate relationship. They can be on the verge of a breakup to bounce back together. Mr Perfectionist aka Aamir Khan is a Pisces (March 14, 1965) and his wife Kiran Rao is a Scorpio (November 7, 1963). Theirs can be described as a genuine and perfect match- a typical case of ‘Match Made in Heaven’. Since both of them are water signs, so it can be said that they are an ideal match. While the Pisces man finds the Scorpio woman’s personality mysterious; for her it is his spirituality that is quite attractive. They also share a quite passionate sexual relationship. But, the Scorpio woman’s spiteful nature can be a roadblock for this otherwise calm couple. 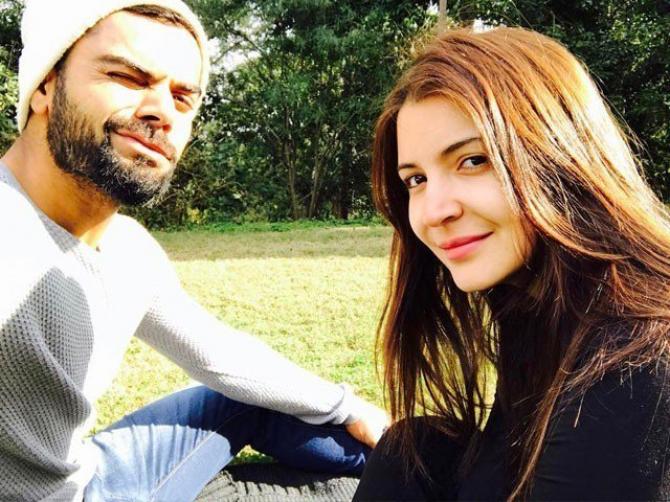 The Indian skipper Virat Kohli is a Scorpio (November 5, 1988), while the beautiful Anushka Sharma is a Taurus (May 1, 1988). Since these are opposite signs, there is a good chance that this relationship can work. However, it still requires quite a lot of work from both the partners. While the Taurus woman is attracted to the Scorpio man’s intense, emotional nature, the Scorpio man finds the Taurus woman’s calm and serene demeanour quite magnetic. They share a very sensual relationship in the bedroom and each has something to give to the other. However, the Scorpio man’s possessiveness and jealous nature, and both Taurus and Scorpio’s uncompromising nature can wreak havoc in their lives.

Check This Out: How To Plan The Perfect Proposal For Your Girlfriend Based On Her Zodiac Sign Ranveer Singh is a Cancer (July 6, 1985) and Deepika Padukone is a Capricorn (January 5, 1986). There is a magnetic connection between these two opposite signs. While the Cancer man is a homebody, the Capricorn woman is a career-oriented woman. Their relationship has all the signs of reversing the stereotypical gender roles. While he is an emotional person, she can be seen as being aloof and distant. While the Capricorn woman can be quite practical at times, she loves the romantic and caring side of a Cancer man. The flipside of this otherwise great relationship can be the Capricorn woman’s uncaring attitude, which can hurt the Cancer man a lot.

Here we're! We hope this story helps you in choosing your partners to some extent. So, do you think that these Bollywood couples are just perfect based on their zodiac compatibility? Do let us know in the comments section below.