Karan Johar's twin babies- Yash Johar and Roohi Johar turned two yesterday on February 07, 2019. They were born through surrogacy two years ago on February 07, 2017. Reports earlier had been rife that Karan had planned a lavish birthday party for Yash and Roohi, and it turned out to be true last night when we brought to you the pictures and videos from the birthday bash. (Suggested Read: Neeti Mohan Had A Photoshoot With Mohan Sisters At Her Bachelorette Bash, Look Beautiful In Ethnic)

Yash and Roohi's second birthday party, which was a London-based them bash, witnessed many celebrities like Varun Dhawan, Mira Rajput with her daughter- Misha Kapoor, Taimur Ali Khan, Deepika Padukone, Ranveer  Singh, Neha Dhupia and many others. Before we get into the unseen pictures and videos from Yash and Roohi's second birthday party, here's the adorable cake that these munchkins cut. It's a three-tier cake with snaps of Yash, Rooohi and their daddy, Karan baked atop it. Take a look: 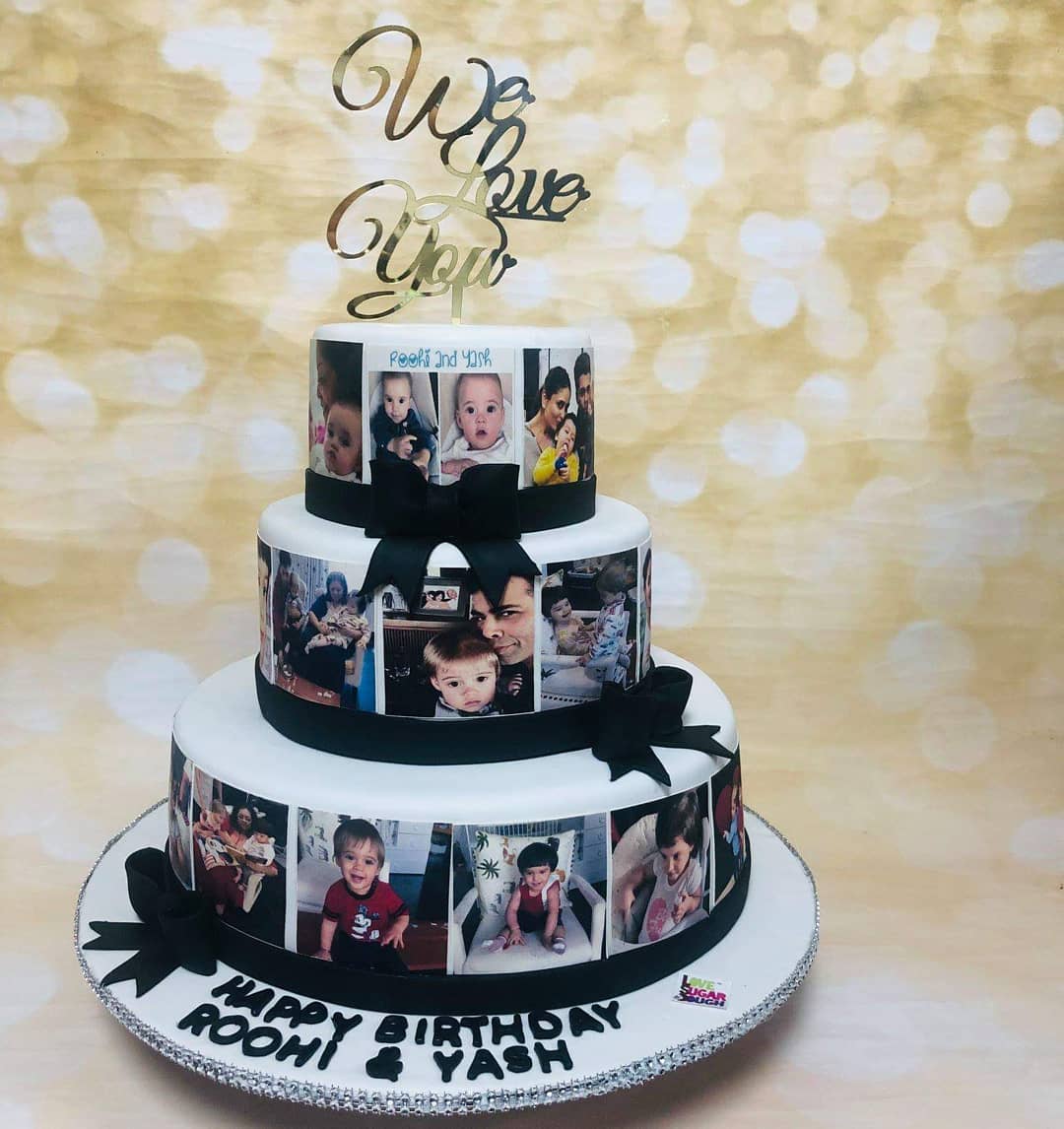 Now, here are some unseen pictures and videos from Yash and Roohi's second birthday party: Karan's bestie, Neha Dhupia had earlier shared an adorable birthday message on behalf of her newly born baby girl, Mehr. She wrote on Instagram, “#happybirthday my dearest Roohi and Yash ... I still remember the first time we met and both of you screamed out loud ... “bbbbaaaaabbbbbyyyyyy”.... I may not be joining you for your birthday celebrations this time as I will be busy... but I promise I’ll create havoc with you very very soon... @mehrdhupiabedi.” (Don't Miss: Neha Kakkar Shares Glimpses Of The Griha Pravesh Ceremony Of Her, Tony Kakkar And Sonu Kakkar's Home) 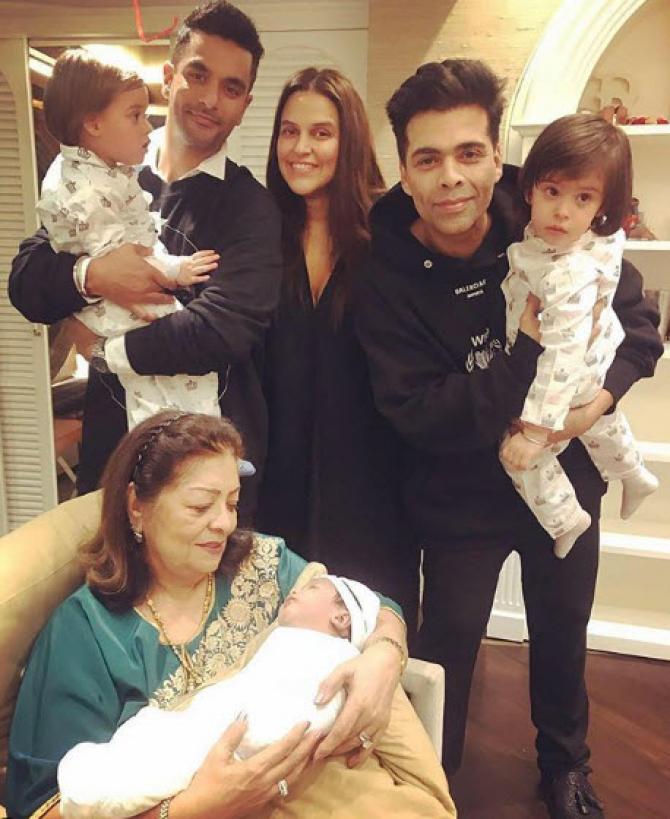 Before Yash and Roohi were born, Karan had said in an interview, “I don't know what I'm going to do about it but I feel like I would like to be a parent. I don't know how it's going to happen but I do feel the need because I have plenty of love to offer and I'd like to take it forward. This feeling needs a release and requires a platform. And that platform could be by being a parent.” 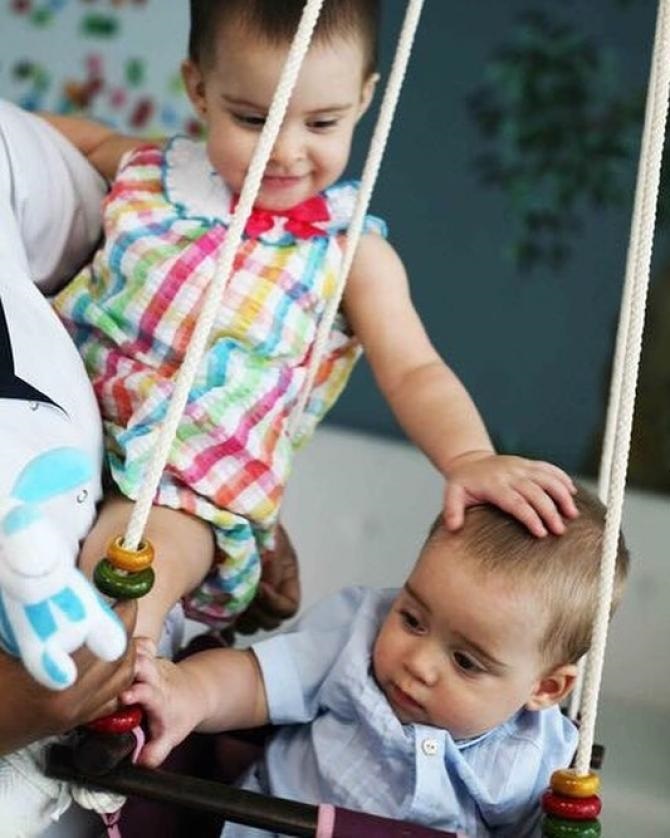 And after their birth, talking to the Hindustan Times, Karan had shared his feelings of being father, and had said, “My life has changed since Roohi and Yash arrived. At 44, this is my biggest blockbuster. I still haven’t realised the enormity of what’s happened. They’re only two months old. And all they do is eat, sleep, burp, wail and poop. Kabhi khushi, kabhie gham! While I stare at them in wonder. But I can’t get over the fact that they are mine.” 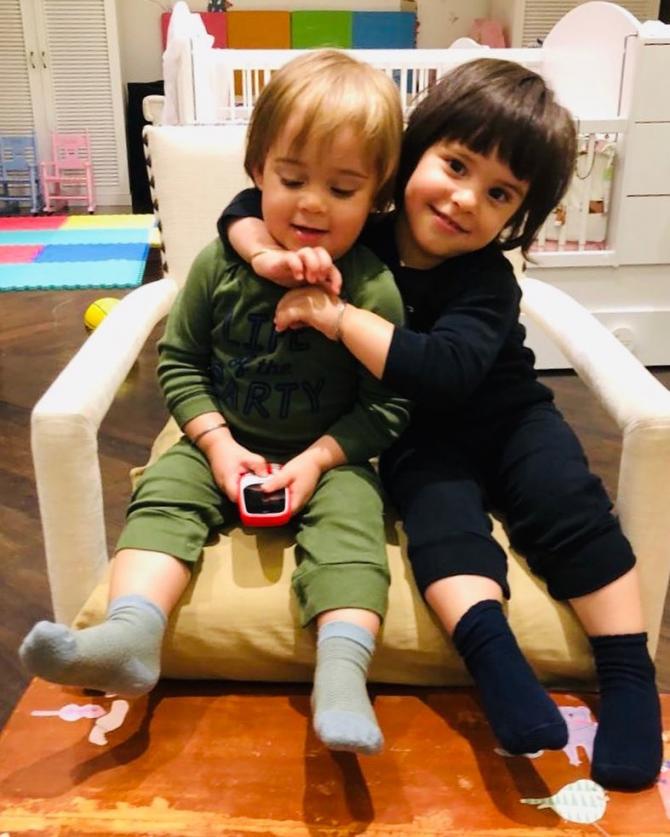 He had further added, “It’s like a powerful switch has suddenly come on in my life, filling the emptiness in my personal space with new energy. I get teary-eyed just looking at them. It’s surreal to think of them as my daughter and son. It’s daunting even, but in a gorgeous way, when I wake up suddenly at night to remember that I have life breathing in the next room that I’m totally accountable for. My universe was Dad, Mom, and films. But now there are Roohi and Yash. My two new friends.” Yash and Roohi's arrival had brought in many rumours that Karan will take a sabbatical from work. Refuting such rumours, a source had shared "He isn’t taking any break. Karan is going to be everywhere, doing everything he loves doing." Karan had also once stated, "My babies are beautiful, and I have all the time in the world for them. They’re my lifelines and the reason for me to go into the 2.0 version of my life. But work is also a big part of who I am, and creating Dharma Productions, and taking it to a higher level is pretty much a big dream I have." (You May Like: Sridevi's First Death Anniversary, Boney, Janhvi, Khushi To Perform Puja At Her Maternal Home) Belated happy birthday to Yash and Roohi. Guys, if you stumble upon more pics and videos from their second birthday party, do share them.