Yami Gautam has been gracefully accepting the traditional ornaments in her post-wedding looks. In her recent pictures, she gave a vibe of a modern 'desi' bride!

After her wedding with Uri: The Surgical Strike director, Aditya Dhar, Yami Gautam has been proving that there is nothing wrong with our age-old traditions of wearing laal suhaag ki choori or other traditional ornaments. Yami has been sticking to her roots since her wedding. From flaunting her aatheru to her mangalsutra, Yami Gautam has been nailing her every post-wedding look!

For the unversed, on June 4, 2021, Yami Gautam had announced her wedding with Aditya Dhar on her IG handle. She had shared her ‘just married’ picture with her husband, Aditya. For the wedding, Yami had worn her mother’s deep-red saree with golden work over it. She had pinned a matching dupatta over her head. To perfect her look, she had added gold jewellery, chooda and kaleere. Aditya had looked handsome in a cream-coloured sherwani with a matching turban and doshala. As Yami Gautam will soon be seen in the film, Bhoot Police, she has been on a promotional spree and her every look is dazzling. A while back, Yami Gautam took to her IG handle and shared a series of pictures, however, it was her modern desi bride swag that had caught our attention. Yami can be seen wearing a floral dress, giving modern vibes. She accentuated her look with red bangles, traditional aatheru, three layers of neckpieces and a pearl hair accessory. She also flaunted her engagement ring in the pictures. Yami captioned it as “Elegance of the heart & soul accentuated by a lovely attire.” 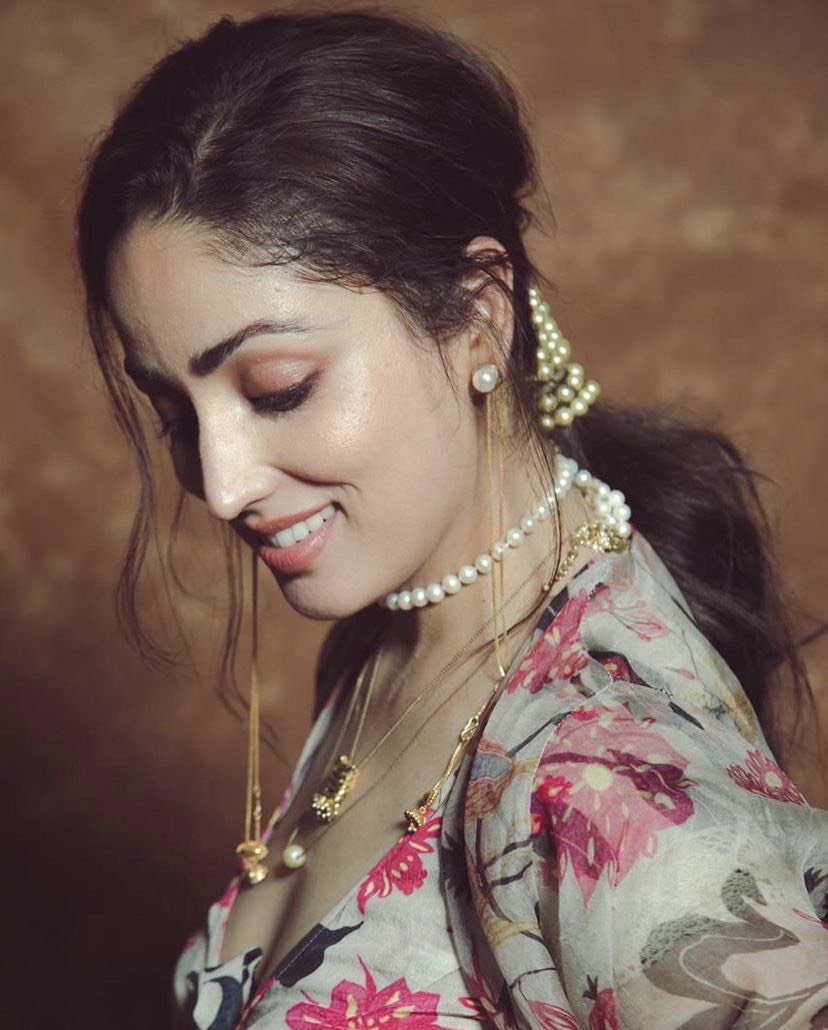 September 1, 2021, was also no different as Yami was spotted wearing her traditional Kashmiri ornament. Yami was out for the promotions for her upcoming film, Bhoot Police. She was seen donning a gorgeous cream-coloured saree. She had styled her minimal look with a golden neckpiece, handcuff and her traditional earrings had added more charm to her chic look. She had shared the pictures from the same look on her IG handle. 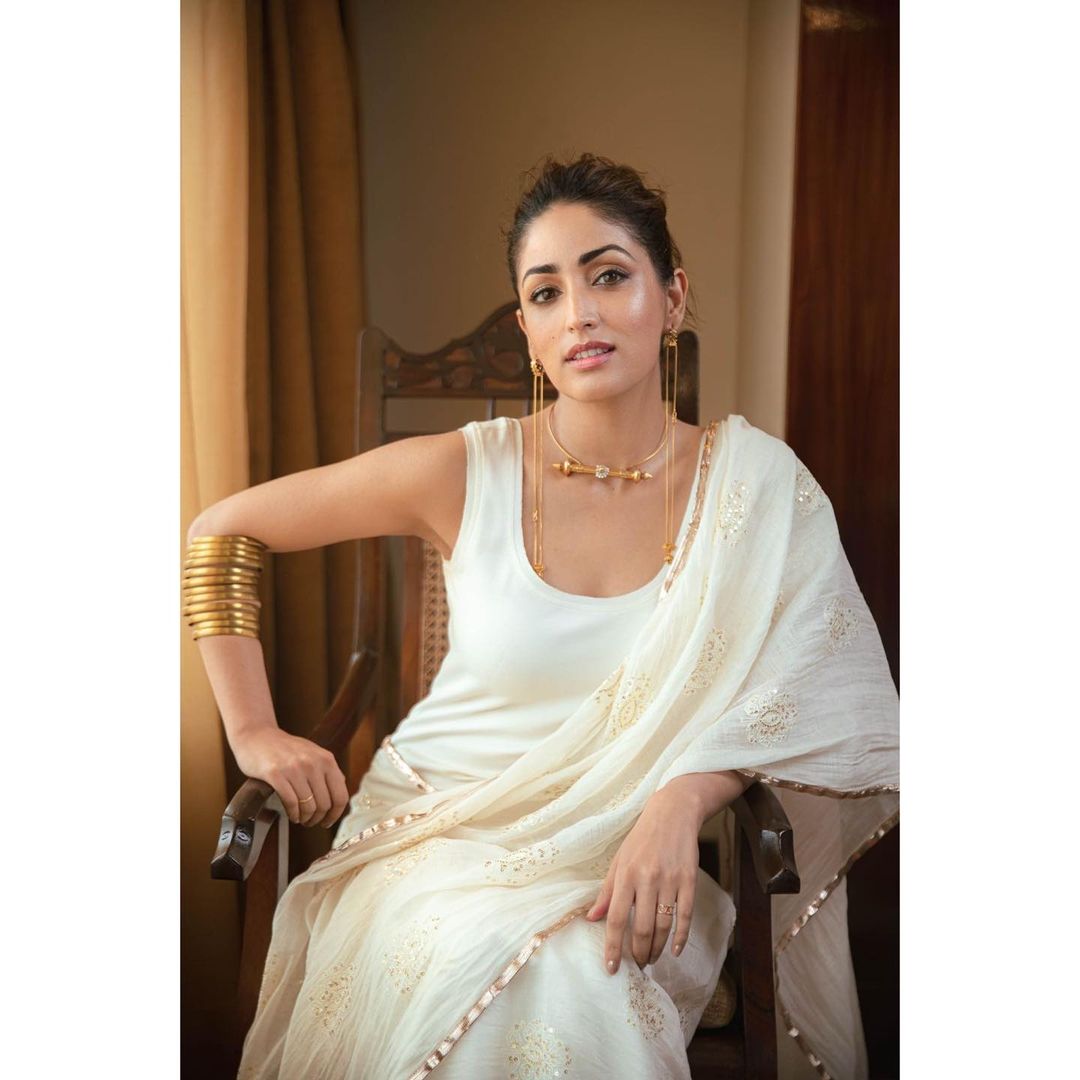 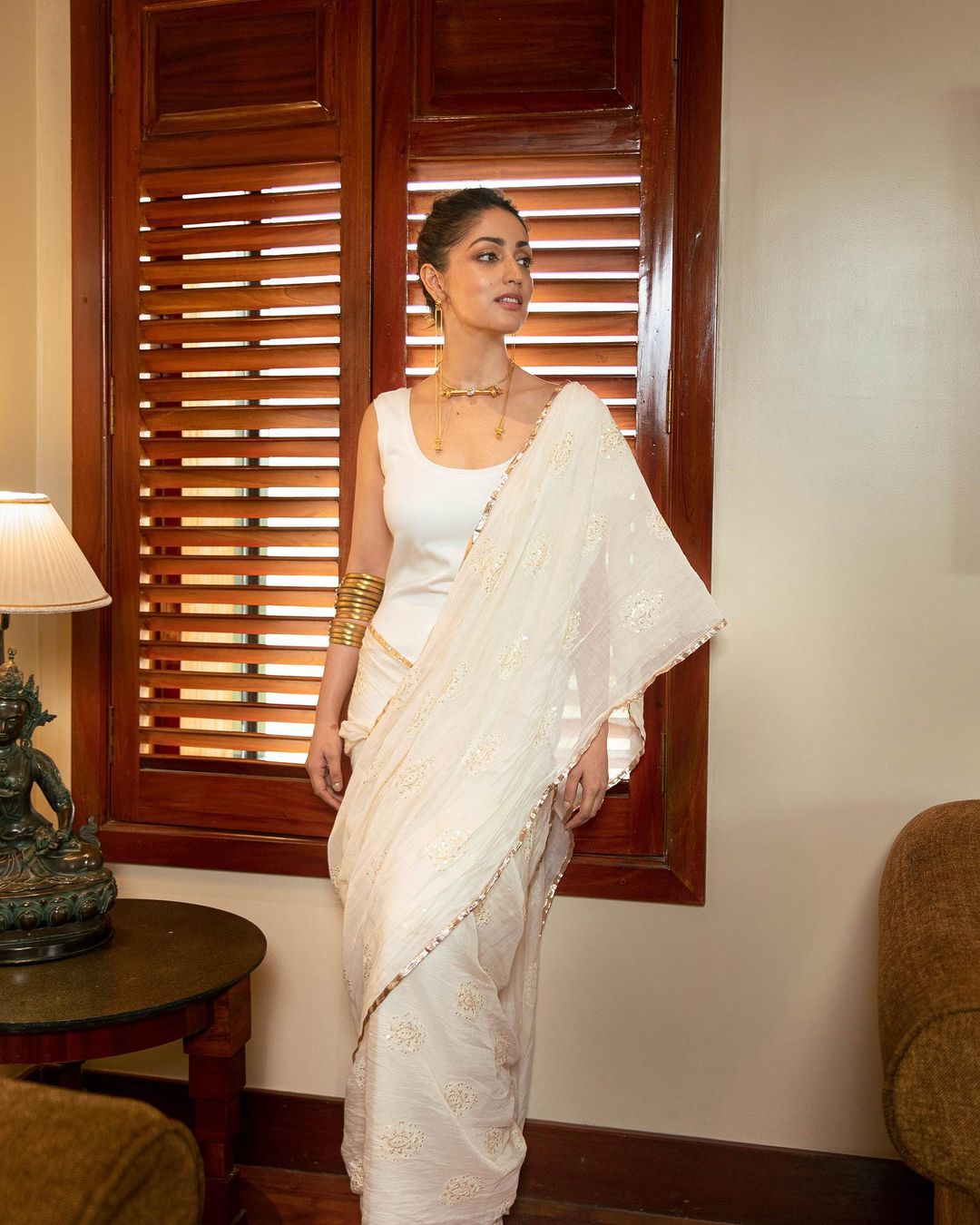 A few days after her wedding, Yami Gautam had posted a video and a picture on her IG handle, thanking her ‘one man army’, her sister, Surilie Gautam for helping her with wedding shopping and styling. She had written, “My 'one man army' From rushing to shop whatever we could (and I mean SHAADI shopping) in a span of an hour (since the city was in strict lockdown), to styling my hair & helping me create all these beautiful traditional looks that I always wanted and most importantly keeping me so entertained with your endless jokes & banter with Ojas that I never for a minute felt nervous or anxious." Yami’s minimalistic diamond mangalsutra had become the talk of the town.

Yami has been giving new bride goals with her sartorial picks. On July 14, 2021, Yami had donned yet another jaw-dropping look for a lunch date with her friends. She could be seen donning a green and red-hued ensemble in the lovely photos, which had gone viral on the internet. She had accessorised her look with a dazzling diamond mangalsutra, chooda and aatheru.

For the unversed, Aatheru is traditionally worn by married Kashmiri women and is given to her by her in-laws. It is made of three ornamental elements, the dejhoor, the athoor and atah.