Here's everything you need to know about West Indies and Chennai Super Kings all-rounder, Dwayne Bravo's love life. From his three girlfriends to his two adorable kids, we covered it all! Check out!

Former West Indies cricketer, Dwayne Bravo is well-known for his aggressive batting and fast bowling in world cricket. In his illustrious career, Dwayne had broken numerous long-standing records. However, the reason why he is loved by almost every cricket fan is his cool and entertaining character. From being hailed as one of the best death bowlers in the game's history to his impressive batting techniques, he is one of the most fearsome all-rounders in world cricket.

Although everyone is aware of Dwayne's exceptional cricketing career but not many know about his personal life, which is quite unique and tells everything about his colourful personality. Well, the former West Indies cricketer is reportedly in a steady relationship with three gorgeous ladies and has two sons. Yes! You read it right! Dwayne is not officially married but is living the best version of his life. So without further ado, let's get into his personal life, but before that, take a brief glance at his cricketing career. Former West Indies and Chennai Super Kings right-arm fast bowling all-rounder, Dwayne Bravo was born on October 7, 1983, in Santa Cruz, Trinidad and Tobago, to his parents, John Bravo and Earline Bravo. The cricketer has a brother, Darren Bravo, who is also a successful cricketer and plays for West Indies. Dwayne Bravo had completed his schooling at Aranguez Junior Secondary School, San Juan. 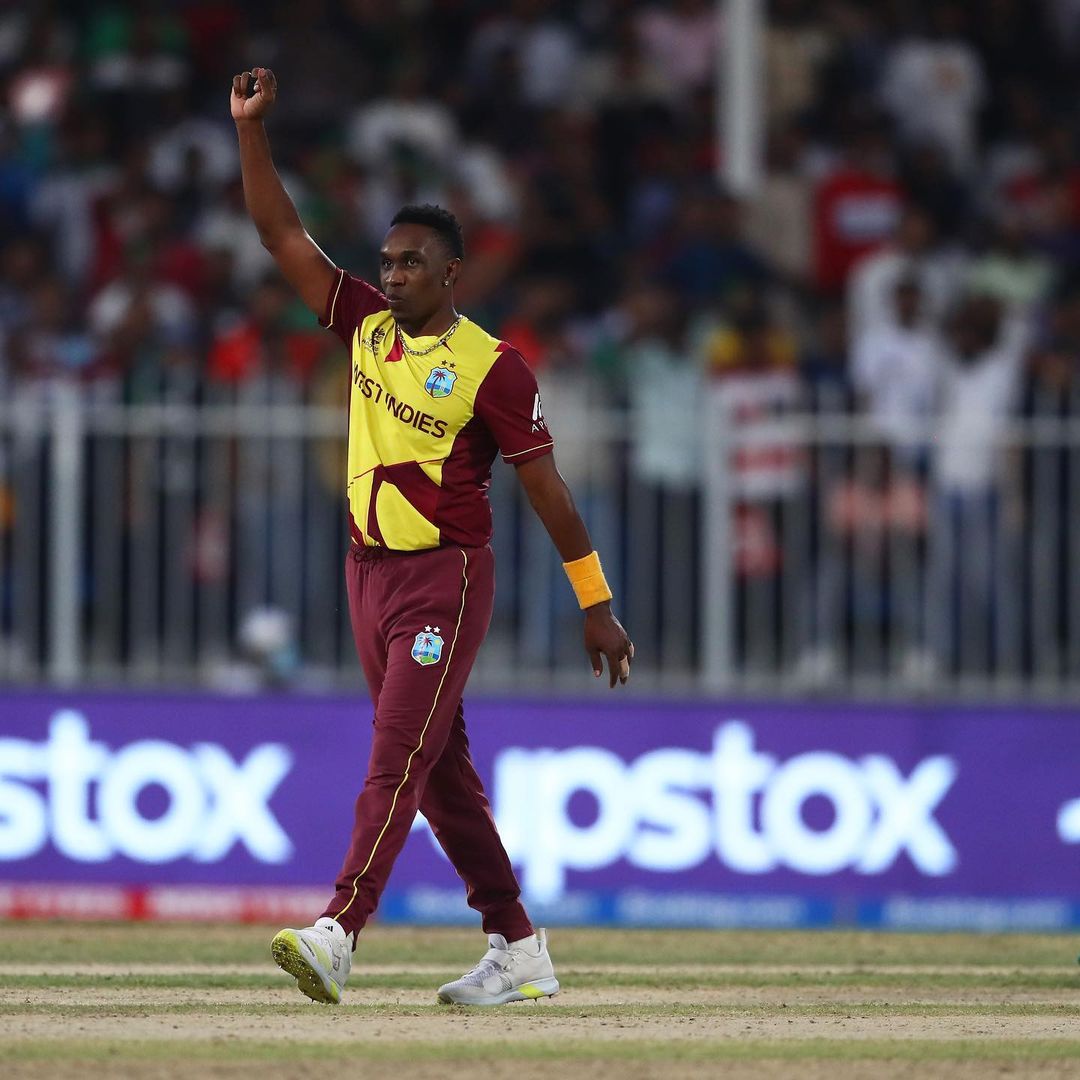 Since the beginning of his childhood days, Dwayne Bravo had an immense interest in cricket and used to play the gentleman's game with his friends almost every day. However, no one would have thought that one day this little kid would become one of the most fearsome death bowlers in the history of T20 cricket. Dwayne had made his ODI debut for the West Indies team against England in Georgetown on April 18, 2004. Soon, he was called for the Test debut on July 22, 2004, against the three lions, England again. 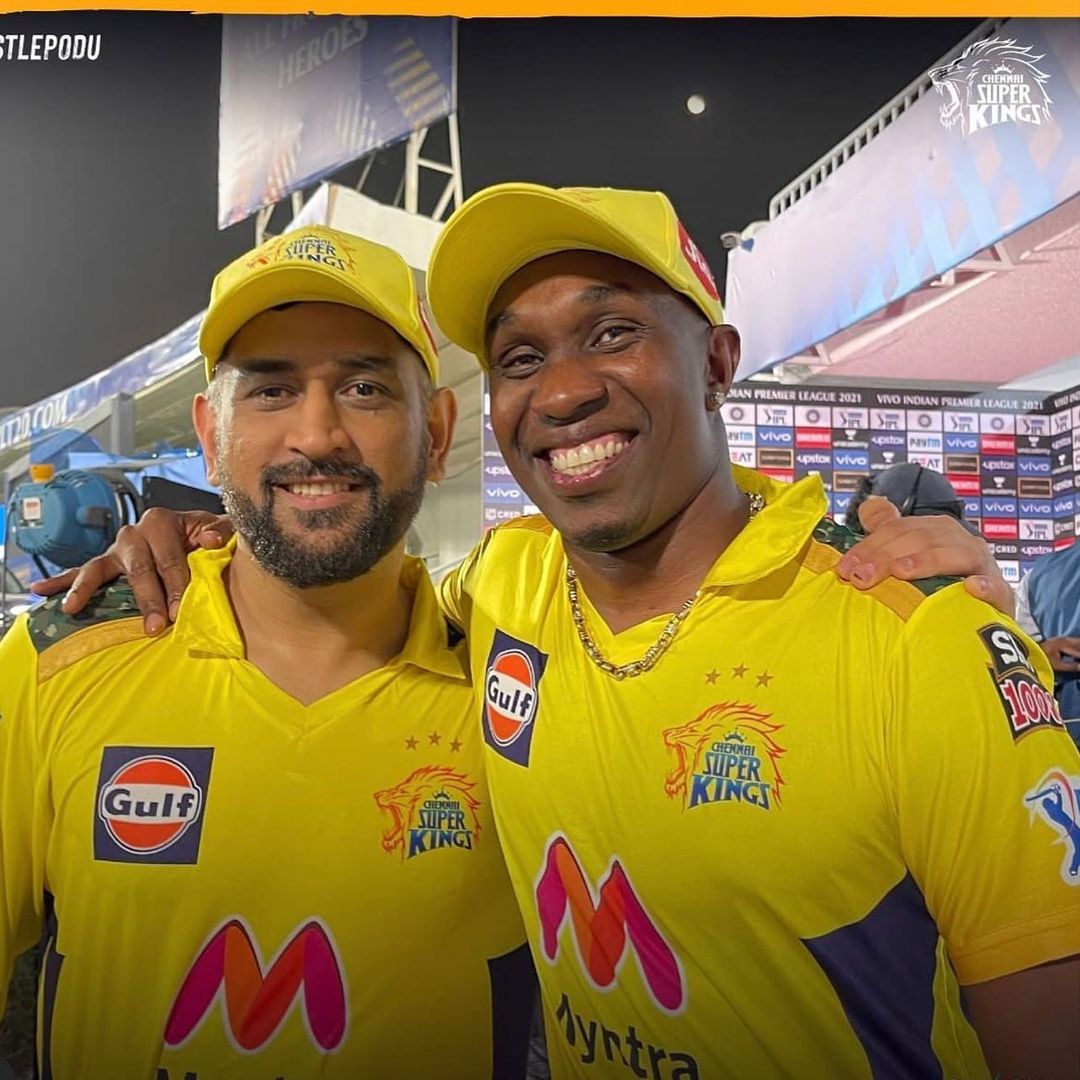 Apart from his international cricket, the Indian Premier League (IPL) had brought Dwayne immense success, as his stint with Chennai Super Kings had taken his career to a whole new level. In the 2022 IPL auction, Dwayne was signed by CSK for a whopping Rs. 4.40 crores that had once again proved the mettle of his all rounding abilities. 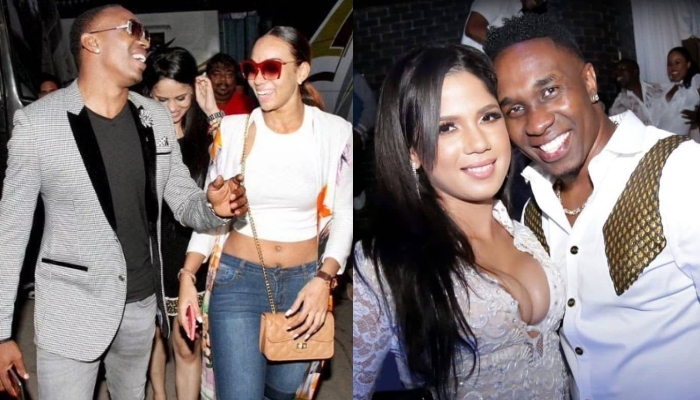 The reports of Dwayne Bravo having three wives had received a major thumbs up after his Chennai Super Kings' teammate, Deepak Chahar had opened up about the former's relationship status during his visit on the popular comedy show, The Kapil Sharma Show. Deepak Chahar had stated that his CSK teammate, Dwayne has three girlfriends and has kids from all of them. He had said:

"Bravo has three girlfriends, and he has kids with all three of them. He is not married to any one of them. This is the culture over there. He has a new girlfriend with him every year."

You May Like This: Irfan Pathan And Safa Baig Love Story: Love At First Sight, Despite 10 Years Of Age Gap 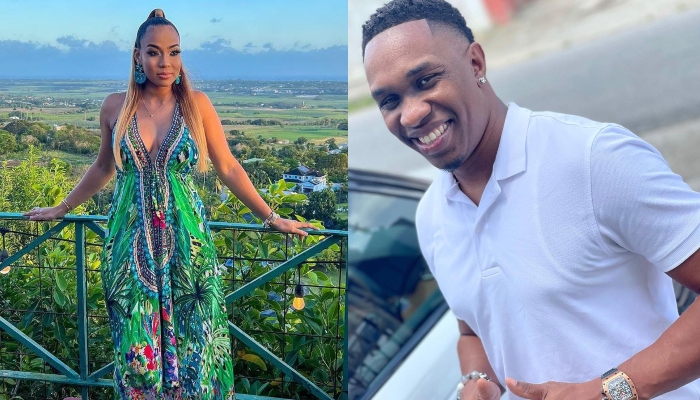 The famous model and entrepreneur, Regina Ramjit is the one, whose name pops up the first whenever we talk about Dwayne Bravo's love life. If reports are going to be believed, Regina and Dwayne have been in a relationship with each other for more than 6-7 years. However, although the couple has made numerous public appearances together, they never admitted that they're married. Also, it is unknown whether Dwayne had any kids with Regina from his two sons and a daughter. For the unversed, Regina Ramjit was one of the participants in Miss World 2013. However, she had gained huge fame after she had won the title of Miss Barbados World in 2013. It was a huge victory for Regina's career and had transformed her career upside down. Back in 2017, speculations were on the rise that Dwayne and Regina had parted ways and were no longer with each other. However, since then, neither Dwayne Bravo nor Regina Ramjit had addressed their breakup reports. Many believe that their breakup reports resulted from Josanna Khita Gonsalves' entry into Dwayne's life. However, Dwayne's die-hard fans and people quashed those rumours suggesting that the three girlfriends of Dwayne are in peace with each. Dwayne Bravo and Josanna Khita Gonsalves are reportedly dating each other since 2017. Together they had embraced parenthood as they had welcomed a baby boy a few years later after the start of their relationship and had lovingly named him, Dwade Bravo. The couple never misses a moment to shower their immense love on their son, Dwade, as their respective social media handles are filled with his adorable pictures. 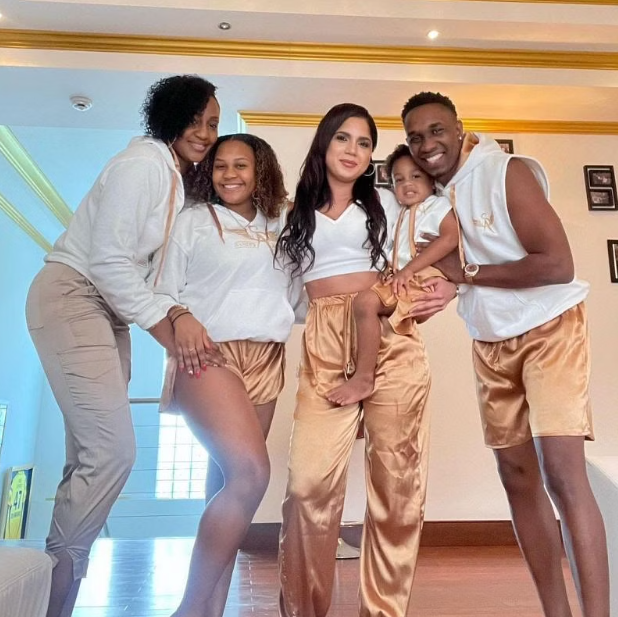 For the unversed, Josanna Khita Gonsalves is a professional chef and is popularly known by the nickname, 'Khita' in the culinary industry. Apart from dropping tutorials and drool-worthy videos of some delicious meals, Josanna is also famous for penning her opinions about the culinary industry on world-famous food-related websites and magazines. 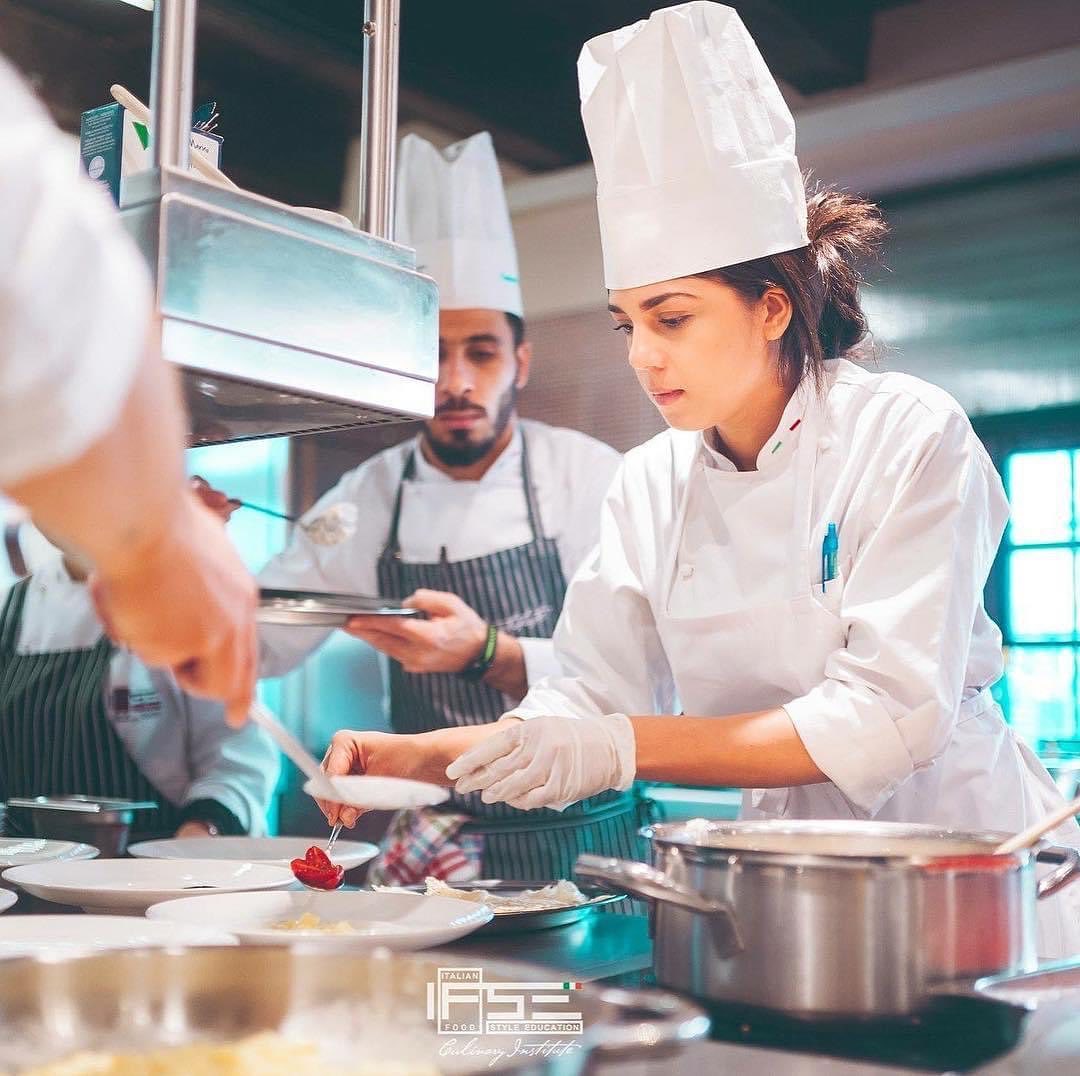 Josanna Khita Gonsalves is a hands-on mommy, who always prioritises her son, Dwade Bravo and her boyfriend, Dwayne Bravo, above everything else. Time and again, we have seen her sharing beautiful family pictures on her social media handles.

Dwayne Bravo's two kids without any details about their biological mothers Apart from his son, Dwade Bravo with his girlfriend, Josanna Khita Gonsalves, the former West Indies cricketer, Dwayne Bravo is the father of a son, Dwayne Bravo Junior and a daughter, Dwaynice Bravo. However, the Chennai Super Kings all-rounder has never shared any details about their biological mothers. 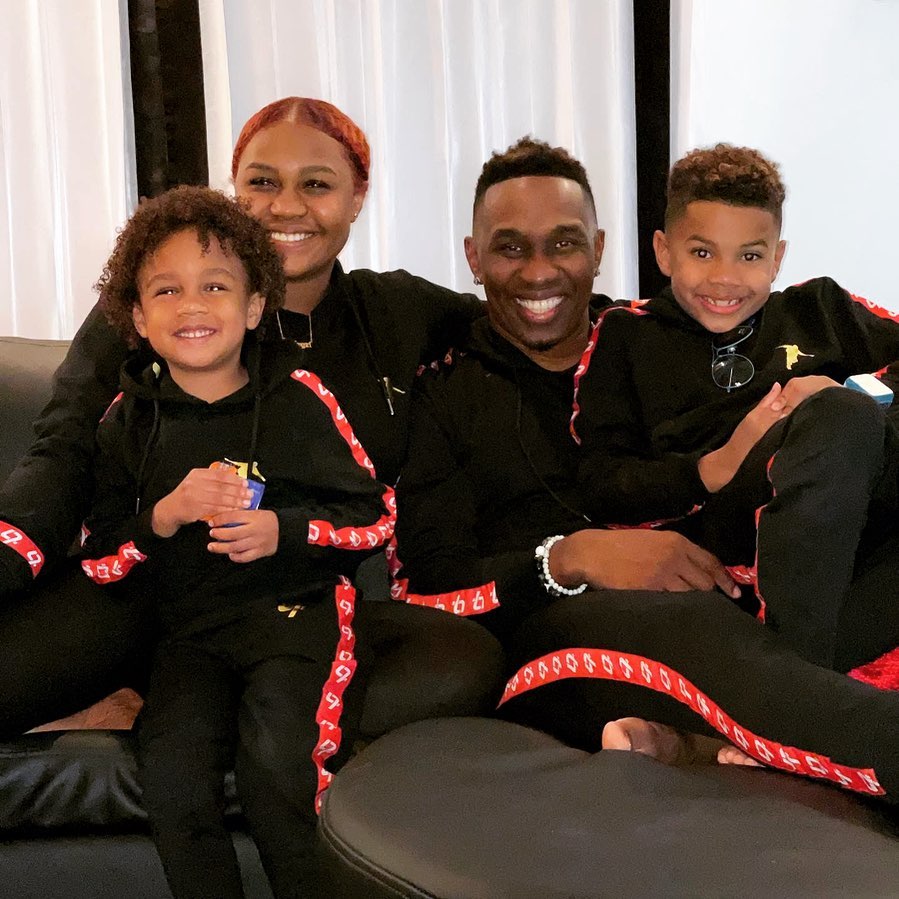 Although Dwayne never leaves a stone unturned to make his kids feel all the love he holds for them in his heart, along with his other son, Dwade Bravo. The doting father of three adorable kids is simply a hands-on-daddy, who loves spending time with his three best buddies. 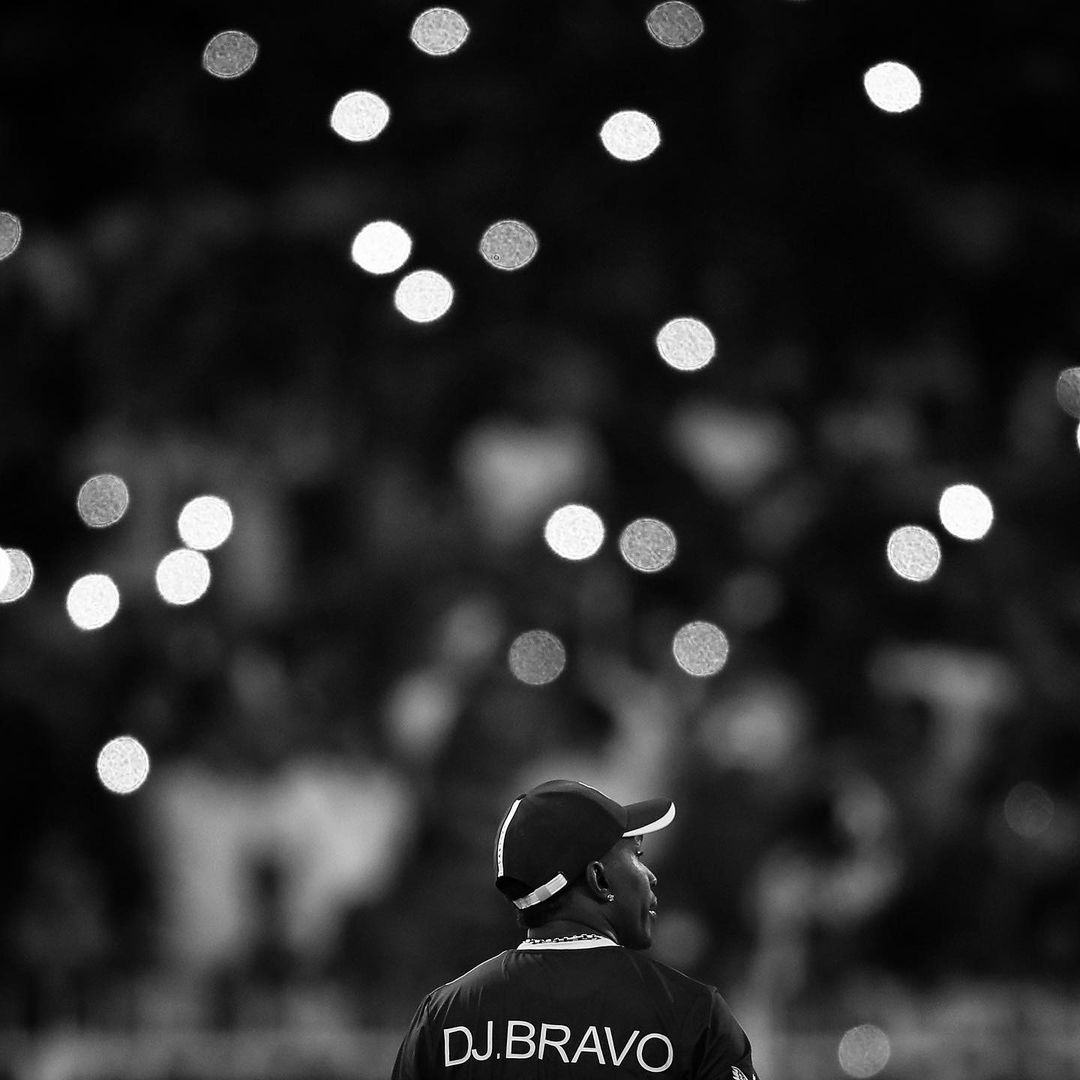 Former West Indies cricketer, Dwayne Bravo is an exceptional cricketer, who never fails to mesmerise his fans across the globe with his bowling and batting abilities. However, more than that, he also entertains people with his funny gimmicks on and off the ground. His childish and fun-loving nature is the key to his close and friendly bond with his kids, with whom he becomes a kid. Truly, Dwayne is a hands-on daddy!