Vivek Oberoi and Abhishek Bachchan are leaving their past behind and exchanging lovely gestures with each other. Their sweet gestures for one another are hinting towards their budding friendship.

Being cordial with your exes is not always taken in a good spirit by most of the people, especially by our B-town celebs. We have not seen many examples of ex-flames being friends with each other and sharing a good rapport. They might agree to work with each other for a movie, but rumours about their rift will fill the gossip columns. The same is the case with the ex-controversial couple, Aishwarya Rai Bachchan and Vivek Oberoi.

Let us brief you about the controversial love story of Aishwarya Rai and Vivek Oberoi. The two had first met on the sets of the movie, Kyun! Ho Gaya Na in 2004. Aishwarya had broken up with her then-boyfriend, Salman Khan and had fallen for Vivek during the shoot of the film. Vivek and Aishwarya had felt an instant connection and had started dating. Vivek had also confirmed his relationship with Aishwarya on Koffee With Karan season 1, when Karan Johar had asked him, "Aishwarya in Hollywood or Aishwarya in Hindi films?" and he had replied, "Aishwarya in my arms."(Suggested Read:'Pagalpanti' Stars, Pulkit Samrat And Kriti Kharbanda Are Head-Over-Heels In Love With Each Other) 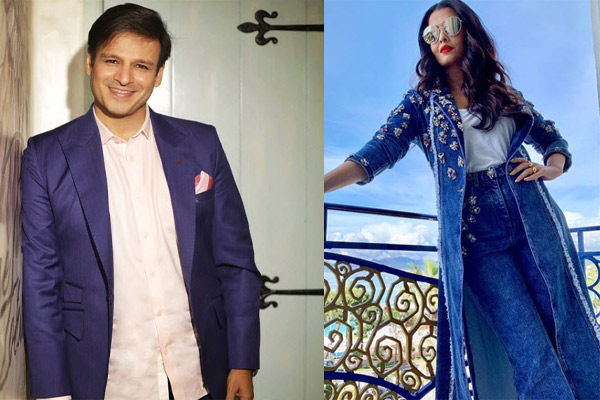 Before we take you further into the story, let us tell you that today (September 18, 2019) leaving the past behind, Vivek Oberoi took to his Twitter handle and wished ex-muse, Aishwarya Rai Bachchan’s husband, Abhishek Bachchan for his next release, The Big Bull. The actor shared the poster of the movie and tweeted, “Congratulations team TheBigBull! This looks amazing! Wishing the super talented team @kookievgulati @juniorbachchan @ajaydevgn @anandpandit63 @kumarMangat and the entire crew all the very best! Hope you take the bull by the horns! Much love."

Hope you take the bull by the horns! Much love. pic.twitter.com/eyNzD1z7a9

The rift between Vivek and Aishwarya had gotten very evident when on May 20, 2019, Vivek had tweeted a meme on her love life. The first picture had Aishwarya Rai Bachchan and Salman Khan and was termed as ‘Opinion poll’, the second picture had an image of Vivek and Aishwarya and was termed as ‘Exit Poll’ and the last picture had an image of Aishwarya, Abhishek and Aaradhya and it had read ‘Result’. Vivek had written, “Haha! creative! No politics here....just life.” Take a look at the meme: The tweet had not gone well with many celebs and they had shared their disappointment towards the same. However, keeping everything aside, at an event, we had spotted Abhishek Bachchan sharing a cordial hug with Vivek Oberoi. On September 8, 2019, World Badminton Champion, PV Sindhu was felicitated for her achievements. The felicitation ceremony was a star-studded affair and was also attended by the Bachchans and the Oberois.

Abhishek Bachchan was accompanied by his father, Amitabh Bachchan and Vivek Oberoi had marked his presence with his father, Suresh Oberoi and wife, Priyanka Oberoi. More than their mere presence, what had caught our attention was Junior B hugging Vivek. At the red carpet, Vivek and Abhishek had crossed each other’s paths and leaving everything behind, they had hugged each other. The families, too had exchanged cordial hugs before going ahead for the event. (Recommended Read: Alia Bhatt's 'Never Let You Go' Hug To Ranbir Kapoor Is A Sight To Behold, Lovebirds Twin In Black)

Apparently, the Bachchan bahu, Aishwarya was not happy with her husband’s gesture towards her ex-flame, Vivek. As per a Deccan Chronical report, Aishwarya was upset with her hubby for his cordialness towards Vivek. As per the report, she had wanted to know, why he was so warm to Vivek when he could have just said a polite hello and moved on. A source close to the Bachchans had revealed the reason behind Abhishek sharing a warm hug with Vivek. The source was quoted as saying, “Unlike Salman Khan who never forgave Vivek Oberoi for calling a press conference to condemn Salman's behaviour regarding Aishwarya, Abhishek chose to forget how obnoxious Oberoi can be. Instead, Abhishek would rather focus on the positives in life." Vivek was head-over-heels in love with Aishwarya but the two had parted ways. In a throwback interview, Vivek had talked about Aishwarya and had revealed, “Maybe I would have ended up with someone who wasn't right for me as a life partner. Everything that I am doing now, impacting lives, running free schools, hospitals... came from that dark, difficult period.” The actor had also shared, "I turned things around by earning blessings. I think it was unfair. But then life isn't over yet." 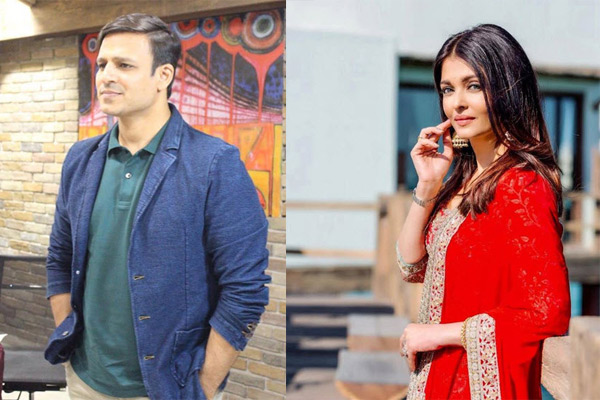 During his courtship period with Aishwarya, Vivek had also held a press conference wherein he had accused Salman Khan of threatening to kill him. The same had not gotten well with Salman and it was speculated that Salman had asked the industry people not to sign Vivek in their films. Talking about the effects on his career, Vivek had once revealed, “I'm man enough to deal with professional ups and downs. But I found it difficult to deal with the personal stuff. This is a world of masks. People who don't play characters on screen play off it." Vivek had further added, "That press conference changed my life and led me to where I am today. If that hadn't happened, maybe I'd have had success after success, lost the plot and gone so far that I'd never been able to return.” (Do Read:Sonam Kapoor Ahuja Reveals Who Is Her Lucky Mascot At The Special Screening Of 'The Zoya Factor') 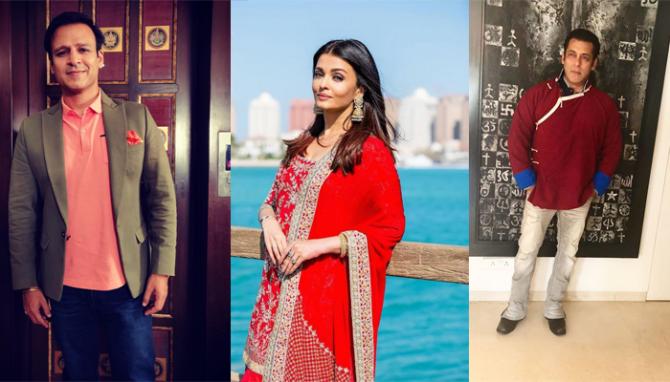 What do you guys think about the lovely gesture by Vivek Oberoi for Abhishek Bachchan? Let us know.