Anushka Sharma and Virat Kohli are one made for each other couple who are lucky for one another and nation knows it. No matter what, these two are always together and by each other’s side through thick and thin. The lovebirds tied the knot on December 11, 2017, and surprised all their fans. Theirs was a dreamy Italy wedding that took place in the presence of very close pals and family members. Whether it is Anushka’s film breaking the records or Virat killing it on the grounds and as a captain, these cuties know how to make each other feel proud.

Recently, Team India won the first ever Test Series against Australia, which is a historic win of 2-1 and will be counted amidst Kohli's biggest achievements. The elated Indian and the wife of the captain couldn’t control her happiness and took to her official Instagram account and shared Team India’s picture with the trophy. (You May Also Like: Aishwarya Rai Talks About Arguments With Abhishek Bachchan, Says They're Strong Personalities) Along with them, she wrote, “They came. They conquered!! History written and created by this bunch!! Huge congratulations to all players, coaching unit and support staff; it takes undying perseverance & solid conviction to focus on what’s important and shut out the rest. So so happy and proud of you my love @virat.kohli”. 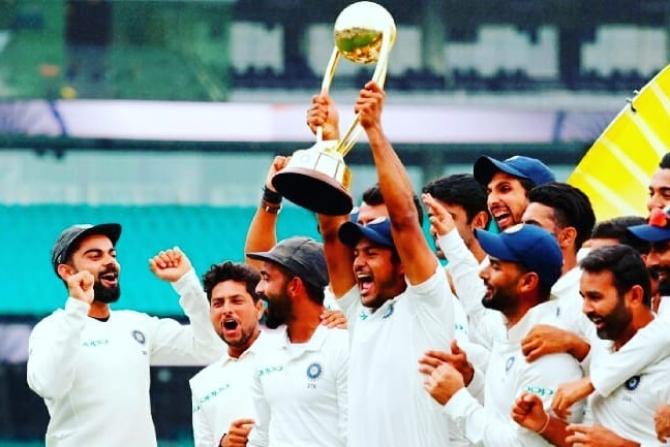 There is no doubt about the fact that Anushka is one of the happiest and the proudest wives who has all the reasons to rejoice. The Zero actress also flew down to Australia leaving Katrina Kaif’s Christmas party midway just to be by her hubby's side. And look India bagged the trophy! Anushka was also seen cheering for her hubby while he was playing on the Sydney Cricket Ground. (Checkout: Unseen Picture Of Isha Ambani And Anand Piramal Twinning In Pale Honey-Yellow Avatars At Their Haldi) 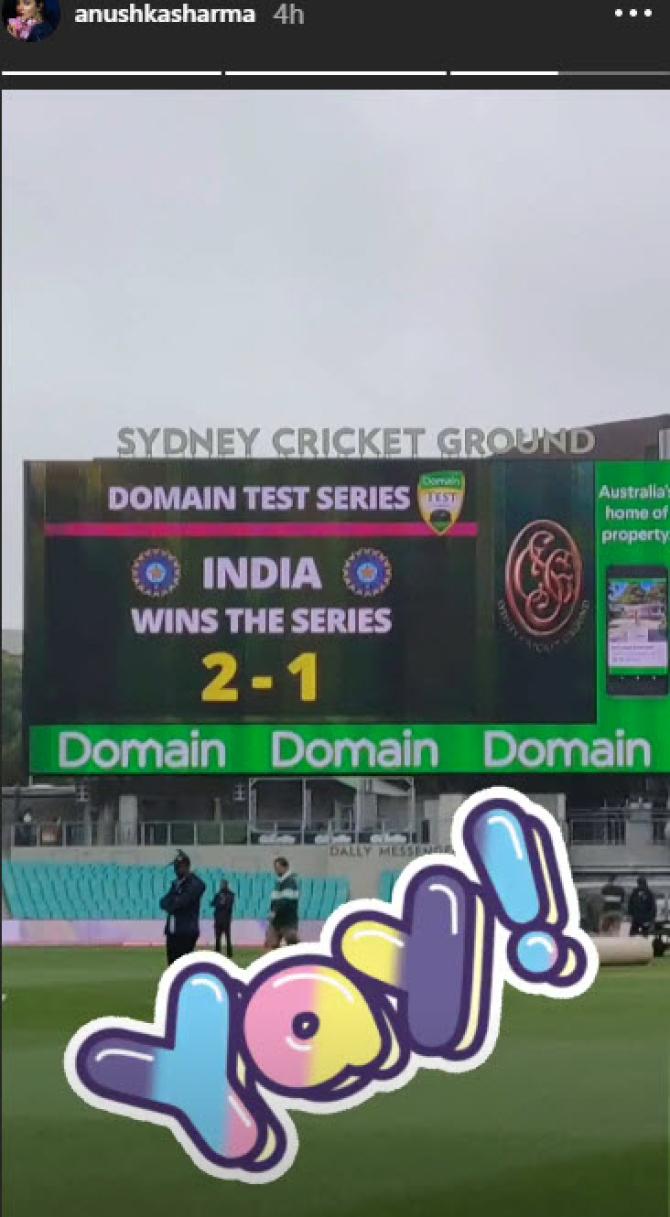 And now it is celebration time! Virat recently shared two beautiful stories wherein we can see happy faces rejoicing the victory. In the pictures, Virat is seen in a casual grey sweatshirt with black shorts. On the other hand, Anushka nails her look with a black top paired with stressed rugged jeans and white sneakers. Here are the snaps: 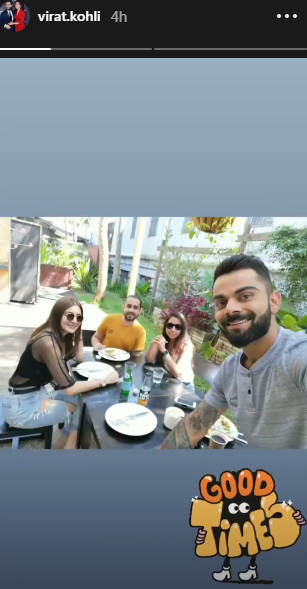 All-praises for his wife like always, Virat had once told in a media interaction, “My wife has been keeping me motivated throughout, she deserves a lot of credit for this. She has been criticized a lot in the past, but she is one person who has kept me going throughout this tour and when times have been tough, and I am really grateful for that”. (Also Read: Rakesh Roshan Diagnosed With Throat Cancer, Hrithik Roshan Talks About His Strong Will Power) In a throwback interview with The Quint, Anushka talked about managing their personal and professional lives. The Sui Dhaga actress retorted, “Work takes up the majority of my time. I was working literally two days before I got married. Got married and then was away for a week with Virat and again came back and started shooting for Sui Dhaaga. So, I have always been working round the clock and back to back, so much so, that this year we have four releases.” The Pari actress further added, “Like I was always somebody who understood that categorising is important. That this is my work, and this is my personal life, is very important and I think both of us have managed to do that really well.” (Don't Miss: Priyanka Chopra's Wedding 'Kalire' Had Her And Nick Jonas’s Silhouette Engraved On It, Pic Inside) In a recent interview when Virat was asked who the captain off the field is, he answered, “She (Anushka Sharma) is, of course, she takes all the right decisions in life. She is totally my strength and she keeps me positive all the time and that's what you want with your life partner so I'm very grateful”. Adding further, he stated, “She is very passionate about the game. She understands the game and she can understand the sentiments of all the players, what they go through and stuff, which I think is the most beautiful thing”.

Congratulations Virat and entire Indian cricket team for making us proud once again! Anushka Sharma and Virat Kohli make a super-stunning couple together. After successfully managing to keep their marriage preparations under the wraps, the lovebirds tied the knot on December 11, 2017. Ever since Virat and Anushka tied the knot, these two as a couple are quite active on social media. They