Vijay Deverakonda and Rashmika Mandanna are one of the most loved on-screen celebrity jodis. On March 24, 2021, the rumoured couple was clicked together post their dinner date.

Some relationships in the glamour world always garner a lot of attention, courtesy to their on-screen chemistry. One such adorable couple, who has been hitting the headlines because of their dating rumours is the handsome actor, Vijay Deverakonda and the stunning actress, Rashmika Mandanna. Ever since the two had starred opposite each other in superhits like Geetha Govindam and Dear Comrade, the speculations about them being madly-in-love with each other had started doing the rounds. None of them has acknowledged the same but their constant appearances together and social media posts for each other has a different story to tell.

On September 24, 2020, Rashmika Mandanna had taken to her Instagram handle and had posted an adorable selfie with her rumoured boyfriend, Vijay Deverakonda's mother, Madhavi on her 50th birthday. In the cute selfie, the actress had looked gorgeous as always, while Vijay's mother too had looked stunning with her bright smile. Along with the picture, Rashmika had written, "Happy Birthday beautiful @deverakonda" atop the picture followed by a red heart emoticon. 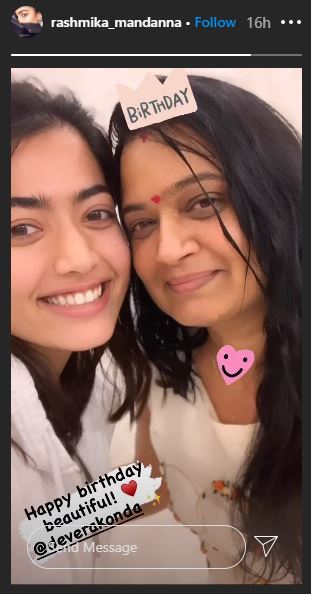 On March 24, 2021, Vijay Deverakonda and Rashmika Mandanna were clicked post their dinner date outside a restaurant in Bandra, Mumbai. Rashmika looked adorable in a pink hoodie dress with a bunch of flowers in her hand. On the other hand, Vijay was seen in a blue t-shirt and beige-coloured shorts. The duo was also seen sporting similar masks while happily posing for the paparazzi.

Some months ago, in an interview with The Hyderabad Times, when Vijay Deverakonda was asked whether he has found the love of his life or not? The actor had revealed that even if he is in a relationship, he will prefer to keep it a secret and share with his family and friends only. He had said, "No comments. Even if I was in a relationship, I would keep it a secret. What is the point of telling these things? It is no one's business. I would tell my parents and my friends too. I will reveal it to the world as well when it happens, but there is time for it. I don't want my life to become entertainment." 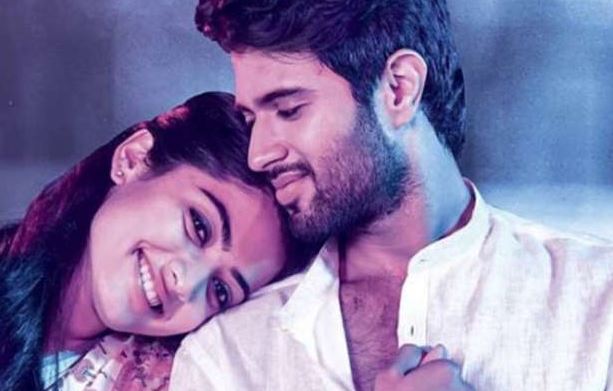 On January 18, 2021, Vijay Deverakonda had taken to his Twitter handle and had unveiled the first poster of his debut Bollywood movie, Liger. Along with the interesting poster, the actor had written, "Humbly announcing our arrival Pan India! Nationwide madness Guaranteed. Produced by @KaranJohar @DharmaMovies @Charmmeofficial @PuriConnects A @purijagan Film! #LIGER #SaalaCrossBreed" in his tweet. After a few moments, his rumoured girlfriend and actress, Rashmika Mandanna had retweeted his poster on her timeline and had penned a sweet note filled with lots of wishes and compliments for the actor. The actress had praised Vijay's look in the poster and had revealed that she's anxiously waiting for the release of his film. Her tweet could be read as "So so proud!! Killer poster.. CANNOT wait to watch the masterpiece on screen..I legit will be up on my feet whistling and dancing..All the bestest my sweet beasts! @TheDeverakonda @purijagan @Charmmeofficial @DharmaMovies @ananyapandayy." 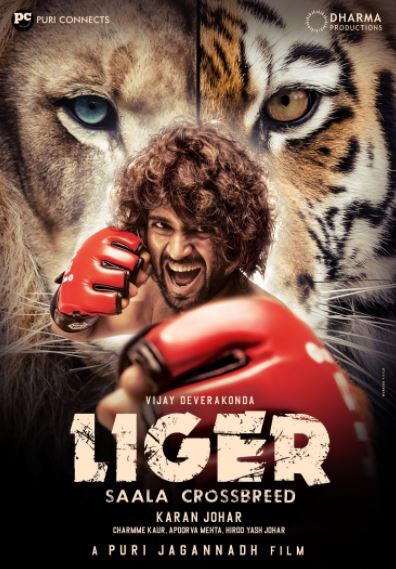 Aren’t Vijay and Rashmika adorable? What do you think? Let us know. 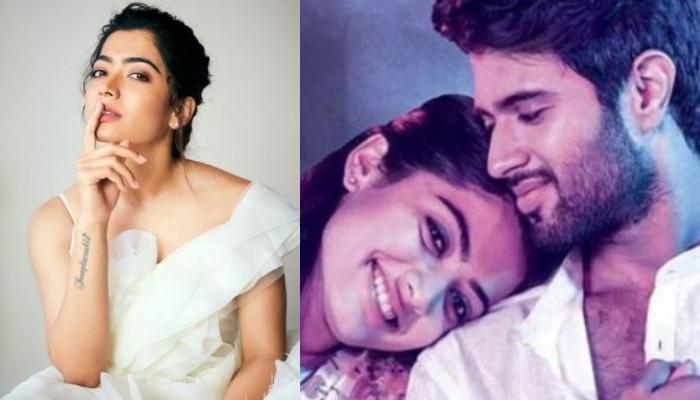 Vijay Deverakonda and Rashmika Mandanna are one of the most loved celebrity jodis. Ever since the two had starred opposite each other in superhits like Geetha Govindam and Dear Comrade, the rumours about their affair had started doing the rounds. Although they have always called each other 'thick friends', their constant appearances together and