The big revelation about Vicky Kaushal and Katrina Kaif's alleged relationship has come by, which is made by none other than Neha Dhupia!

Tinseltown is a strange land. Who’s dating whom and who’s breaking up with whom is hard to decipher. Lunch meets are often ‘rumoured’ to be a dating spree, which although stars profusely deny at the beginning but then, later it turns out to be true. Though this isn’t the same in all the cases, we secretly desire to see unusual jodis teaming up in real life and reel life too, don’t we? And this is where one of the rising superstars of Bollywood, Vicky Kaushal comes into being. Apart from his terrific acting and girls drooling over his hotness, Vicky’s love life too has garnered the interest of everyone. (Do Read: Katrina Kaif Reacts To Her And Alia Bhatt's Throwback Video Of Working Out Together)

With back-to-back hit films in his kitty, 2018 proved to be a wonderful year for Vicky Kaushal. With more films, people began noticing this tall-dark-handsome actor more often and even before we could realise, we had already fallen in love with him. It was only mid-year last year, when Vicky Kaushal and television actress, Harleen Sethi were seen going on a lunch date and thus began media and people’s speculations that this duo must be dating. Hardly had Vicky and Harleen started to admit their relationship through various cryptic answers when news came about that the duo has broken up and although no specified reason has come up but the Sanju star’s alleged linkup with Katrina Kaif was imposed as one of the causes. 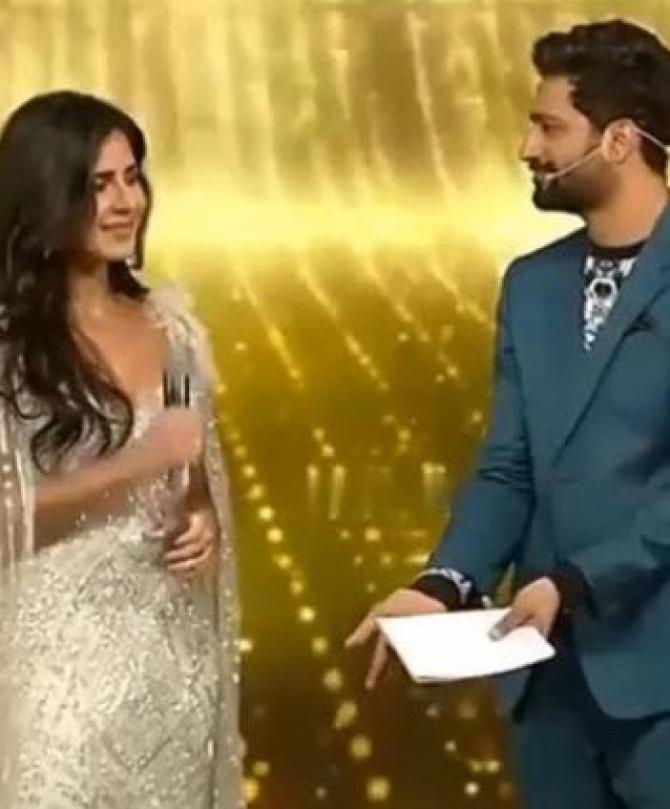 And now, as per a Pinkvilla report, the big revelation about Vicky Kaushal and Katrina Kaif’s alleged relationship has come by, which has been made by none other than Neha Dhupia! After establishing herself as a prominent actress in Bollywood, Neha is now experiencing chat show hosting front. Recently seen in the second season of BFFs with Vogue, Pinkvilla spoke to the actress about some behind-the-scenes secrets. When the online portal asked Neha to name a person who throws the least tantrums on the sets, she named ‘Katrina Kaif’. During the blink segment when one just needs to blink for the answer, Neha was asked if Vicky Kaushal and Katrina Kaif are dating, Neha blinked twice which meant that the duo isn’t. While we solely believe Neha, but as they say, there are no rumours without a reason, right? (*wink wink*) 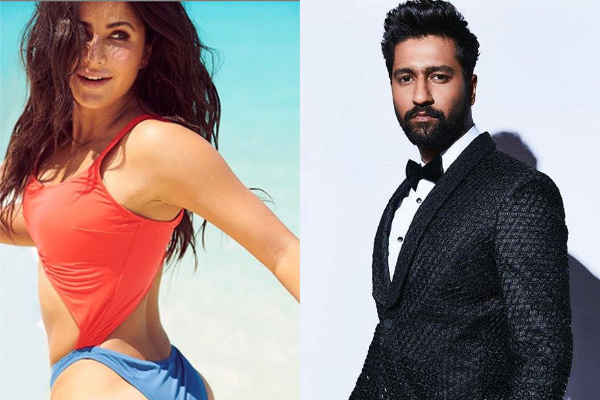 Well, not just Katrina Kaif, Vicky Kaushal was earlier reported to have developed some ‘more than just friend’s camaraderie for Bhumi Pednekar, who is working with the former in a horror-comedy’s extended cameo. Speculated to be a major reason as to how these two stars might have met and come close. Rumours also had it that his then-girlfriend, Harleen Sethi was extremely upset over their alleged split. Also, for the uninitiated, Bhumi and Vicky will also star in Karan Johar's multi-starrer, Takht. (Also Read: Sonam Kapoor Reveals She Had Put On Weight Post-Marriage, Talks About Pressure On Girls In India) 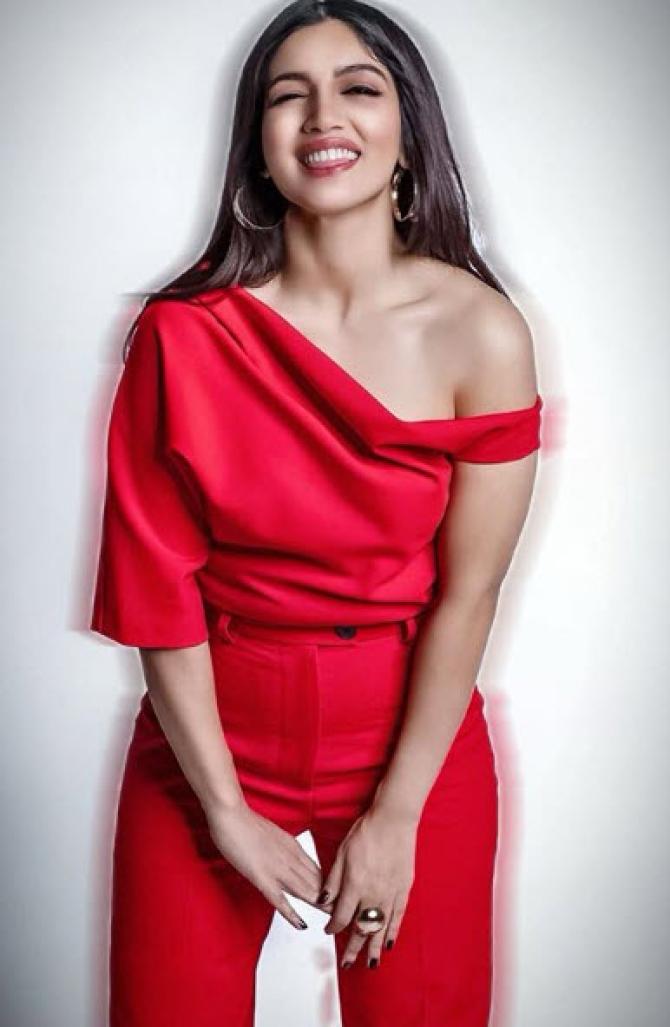 Let us now take you on a flashback mode when all was well between Vicky Kaushal and Harleen Sethi. In a candid confession on Karan’s Johar’s, Koffee With Karan season 6, the host of the show had asked Vicky if he is a ‘good boy’ or a ‘ladies’ man and also if he is in a relationship. Revealing the same, Vicky had simply nodded and indicated that he is in a relationship. When KJo had further asked Vicky to share more details about it and whether his relationship is a serious one, the Raazi star’s one-liner crisp reply said it all! He was quoted as saying, “Let's see what happens. It's new.” 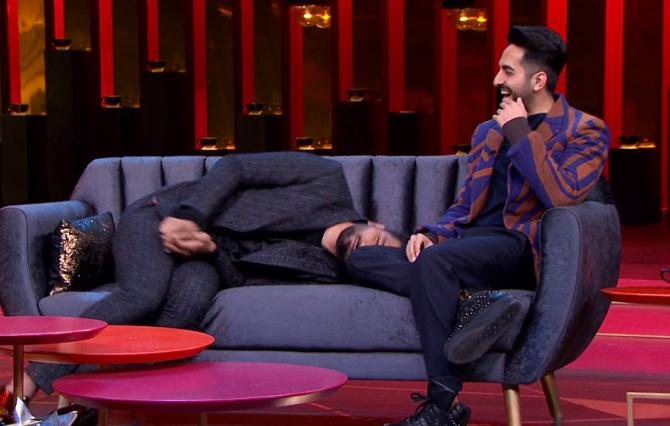 In an interview with MensXP, Harleen Sethi too had dropped every possible hint about her relationship with Vicky Kaushal and had stated, “We share a good bond, there is a kind of comfort level we have that is wonderful.” In yet another interview with SpotboyE, she had shared, “I just want to say that we share a very good comfort level. And we are getting to know each other. Par usse aage kuch nahi bolna chahungi main.” Sadly, their relationship didn’t stand the test of time. 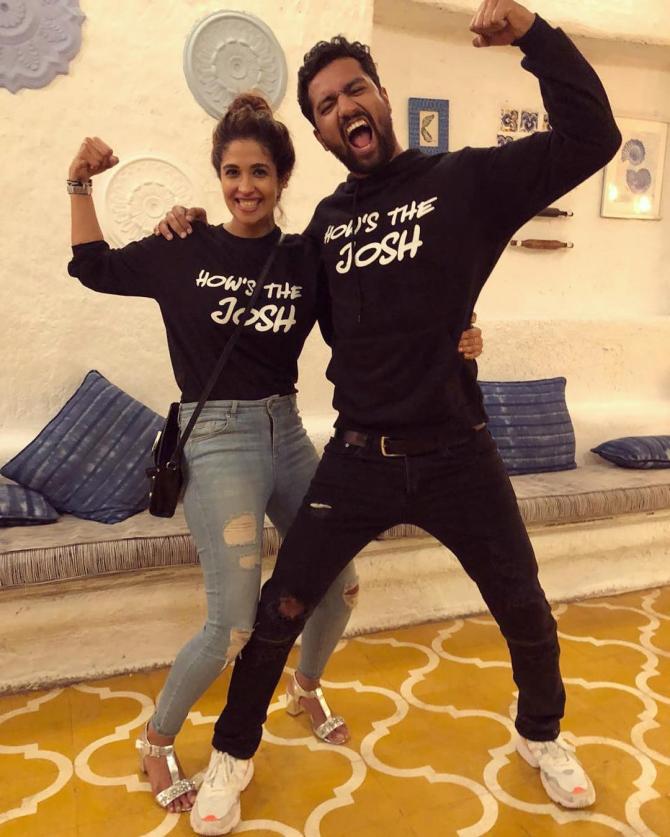 However, Harleen Sethi has a different way of dealing with breakups. She was quoted as saying in an interview, “See jab bhi kisi ka heartbreak hota hai uss time pe lagta hai duniya khatam hogayi hai. And I think it’s a similar case with all of us. When a person with whom you have seen dream together leaves, you definitely feel ‘chhan se jo toote koi sapna, jagg soona soona laage.’ But it depends on how you choose to move on. And Harleen has become samajhdaar with time, so will deal with it in a better way.” (Must Read: Adnan Sami Opens Up About The 'Special Bond' He Shares With His Daughter, Medina On Her 2nd Birthday) But all’s well that ends well, isn’t it? Also guys, do you think Vicky Kaushal and Katrina Kaif are dating each other? Keep us posted!