Varun Sood Moves On From Ex-GF Benafsha Soonawalla, Gets Comfortable With Chetna Pande

Varun Sood Moves On From Ex-GF Benafsha Soonawalla, Gets Comfortable With Chetna Pande

Bigg Boss 11 second runner-up, Vikas Gupta’s show, Ace of Space is getting controversial day by day. Not one episode goes by which doesn’t turn the rumour wheels. And shocking revelations have become a part of daily routine. Now, whenever we say Ace of Space, you think of Divya Agarwal and Varun Sood, and because of these two and the mudslinging, Priyank Sharma and Benafsha Soonawlla are also making it to the headlines. (Also Read: Saumya Tandon Of 'Bhabhiji Ghar Par Hai' Fame Is Pregnant, Flaunts Her Little Baby Bump)

And now, in another big revelation, the latest episode of the show would shock you on learning that Varun Sood and actress, Chetna Pande went all cosy and intimate with each other. Yes, Varun and Chetna were locked up in the gym room along with Danish and Riya. And then Varun started feeling a bit feverish, and that’s when it all started after Chetna tried to comfort and take care of him. In fact, the two also slept in the same bed that night, and it left other participants and Divya Agarwal perplexed and shocked. It seems he has moved on from Benafsha, right? 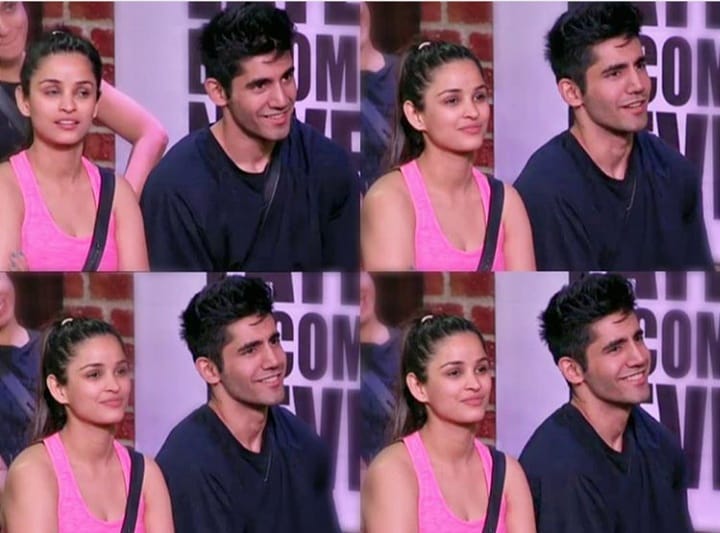 You might remember that once Varun was dating Bigg Boss 11 fame, Benafsha Soonawalla (even though she denied any link ups). And not long ago, in the first very episode of Ace of Space, Varun was seen crying while reminiscing his days with Benafsha. He had said then, “For a year and a half she was literally my life. I used to breathe Benafsha. Usne emotionally jo toda hai na mujhe (she has emotionally broken me). I used to breathe her, I have stood outside her house crying and didn’t sleep for two months.”

It must be brought to your notice that when Benafsha and Varun’s relationship reports started surfacing online, Ben outrightly denied them, and said, “Varun and I were not dating even before Bigg Boss. And I don’t want people to write about my personal life. But on what work am I doing”. In another interview, she even said, “I am not dating anyone right now and was not dating anyone even before going to Bigg Boss. Aap log ko kuch pata nahi aur kuch bhi bolte rehte ho (You guys barely know anything and just blabber on your own).” 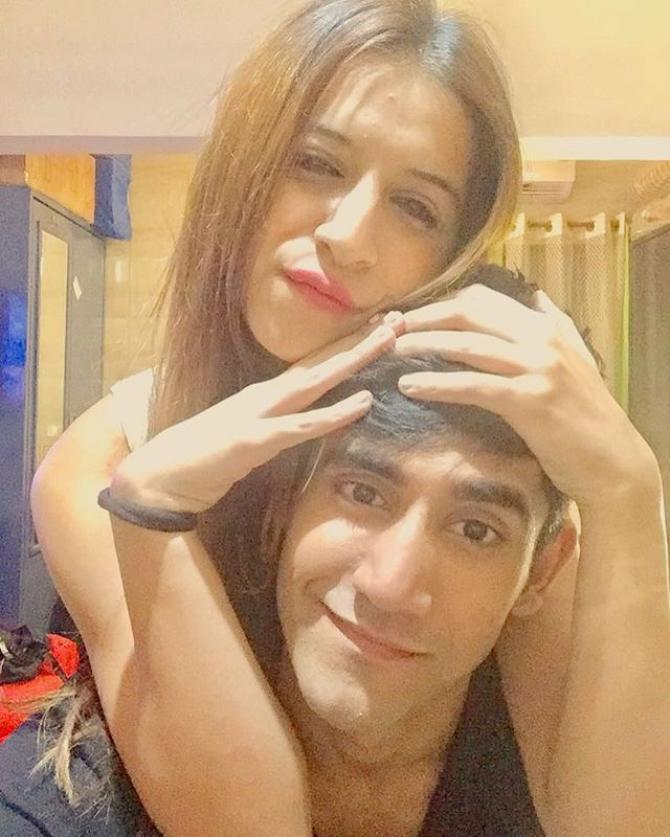 In fact, after Varun’s video went viral in which he could be seen crying, BollywoodLife contacted Benasfsha and asked to comment on Varun, she said, “No comments on Varun. He and I were close at one point and I always wish him the best.” (Suggested Read: Angad Bedi Talks About Soured Friendship With Dear Friend Yuvraj Singh After Marrying Neha Dhupia) 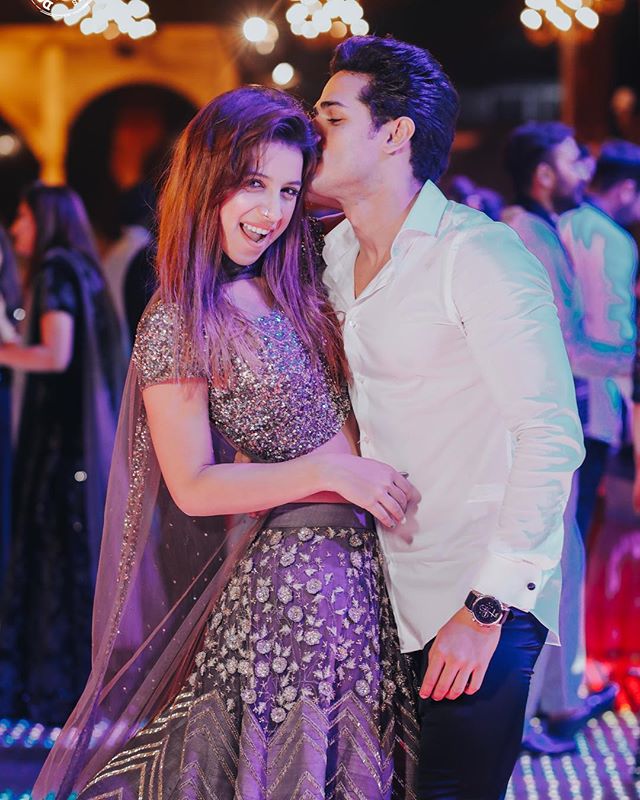 Speaking of Benafsha, her growing closeness with Priyank was allegedly the reason behind former’s break up with Varun and latter’s split with Divya. Commenting on the same, Priyank earlier said, “Ben and I are very close. But she is just a friend. We knew each other before entering the house. And after getting in the house, we got to spend much time together. We used to support each other in all matters. Yes, I accept that I was a bit protective of her. But then, I had the same feeling for Hina. Benafsha left the show, then I used to be more with Hina. But it doesn't mean that Hina and I are dating; it is just pure friendship on that front too. I love Ben but as a friend and I respect her too.” 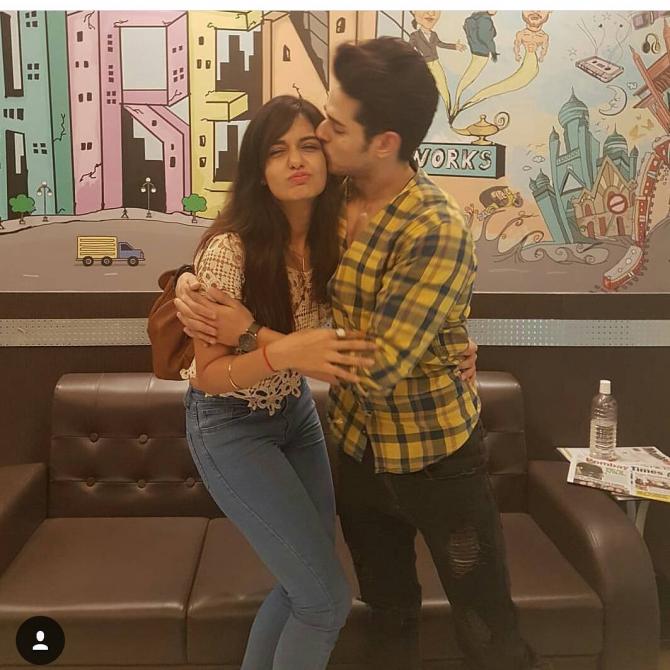 He further added, “When I got evicted for the first time, Divya and I had discussed that things are not working out between us. And then I went back into the house rather quickly after that, so I feel some questions had remained in her mind. But I have moved on. Perhaps Divya had some things in her mind and she wanted to clear them when she came to the house- but we couldn't communicate much. Also, we didn't have phones inside, so I couldn't call her after she left. From my side it was always clear that our relationship is over- and I hope that she too is clear about this now and hereafter.” (Don't Miss: Malaika Arora Reacts To Marriage Rumours With Arjun Kapoor, Feels Uncomfortable Talking About It)

Well, undoubtedly Varun Sood and Benafsha Soonwalla are histories to each other, and it now seems that he has moved on from her. What do you have to say about Varun’s intimacy with Chetna Pande? Vikas Gupta’s television reality show, Ace of Space, has become no less controversial than Bigg Boss. Every other day, you stumble upon some controversy and considering that its first season has contestants like ex-Splitsvillans, Divya Agarwal and Varun Sood, tiffs and cat fights are bound to happen. Recently, we brought