'Ace of Space' couple, Varun Sood and Divya Agarwal are painting the world red with their adorable posts on their respective social media handles. Recently, the two indulged into a little banter.

They say, reality show jodis don’t last forever. However, Ace of Space couple, Varun Sood and Divya Agarwal are proving it to be wrong. Varun Sood and Divya Agarwal are head-over-heels in love with each other and are considered to be one of the power couples of the television. The two had met on a reality show and fell in love with each other in Ace of Space.

The much-in-love couple were friends before entering Vikas Gupta’s reality show, Ace of Space. The love story had started when the two had entered the house. Varun had confessed his feelings for Divya on the show and Divya too had admitted her feelings. Divya had won the show and Varun was declared the second runners-up. Despite losing the show, Varun was on the winning side as he won his ladylove, Divya. (Recommended Read: Mira Rajput Kapoor Shares A Sneak Peek From Zain Kapoor's First Birthday Bash Preparations) A lovey-dovey couple of television, Varun Sood and Divya Agarwal never shied away from accepting their love for each other. They have been sharing adorable pictures from their vacations and casual outing and making us go, awww! Recently, the two shared pictures of each other on their respective Instagram handles and what caught our eyes was their cute little banter. Yesterday, on September 4, 2019, Varun had shared a picture of the two and had captioned it as “Kya cartoon hai hum dono! (Cartoon emoji) #didntplantocoordinate.” To this Divya had commented, “Cartoon hoga tuuuuuu.” 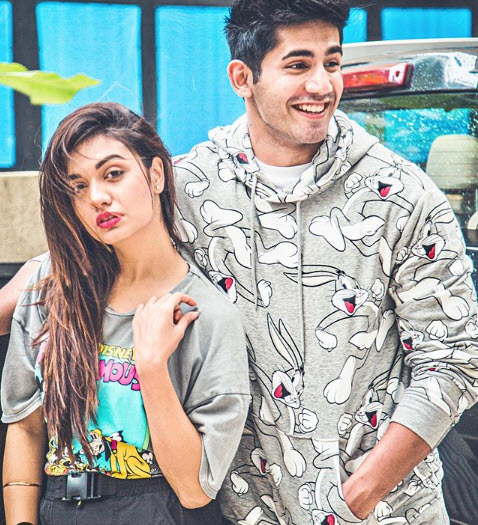 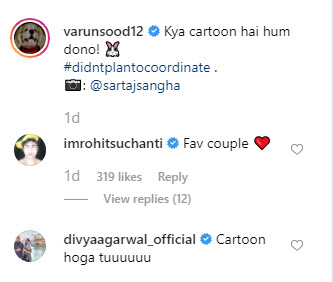 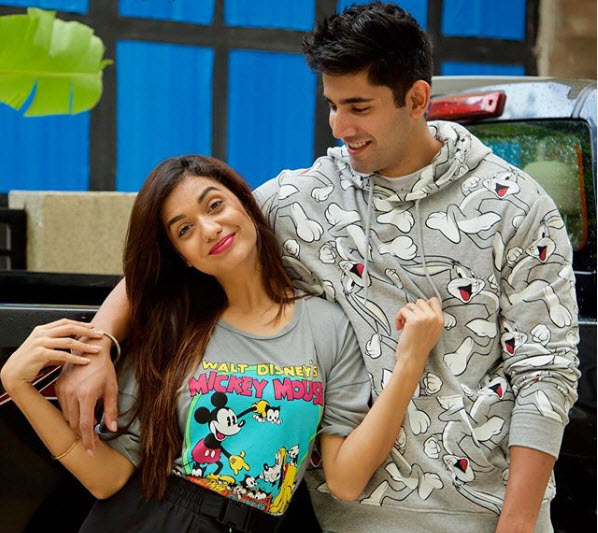 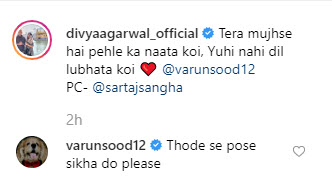 The inseparable couple, Varun Sood and Divya Agarwal have been giving their fans some major relationship goals with their mushiness. The two are often seen teasing each other in their mushy Instagram posts. Their adorable pictures and captions speak volumes about their inseparable bond. They never leave any opportunity to have fun around each other. In one of the picture shared by Divya, Varun was seen looking at her while she was blushing. Divya had captioned the image with, “Khayal Rakhungi tumhara Meri sorted life ki sabse khaas baat ho tum! @varunsood12". (Suggested Read: Alia Bhatt And Ranbir Kapoor's Varmala Ritual Wedding Photo Gets Viral On Internet, Here's The Truth) 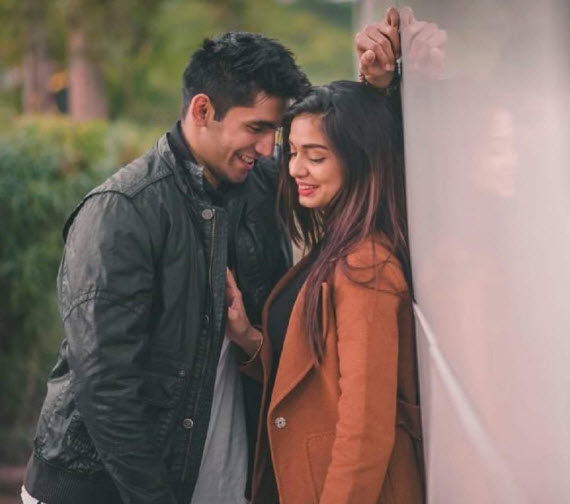 In an interview, talking about confessing his love for his current muse, Divya Agarwal, Varun had said, “Yes, I do love her and confessed my feelings for her. And, the stereotypes that people have that reality show relationships don't last, I think Prince Bhai and Yuvika Bhabhi have already broken it. I think the second couple to break the stereotype will be Divya and I. Falling in love with your best friend is the best thing in the world. It's just amazing how we connect and how I can be myself in front of her. This is 100 per cent real." 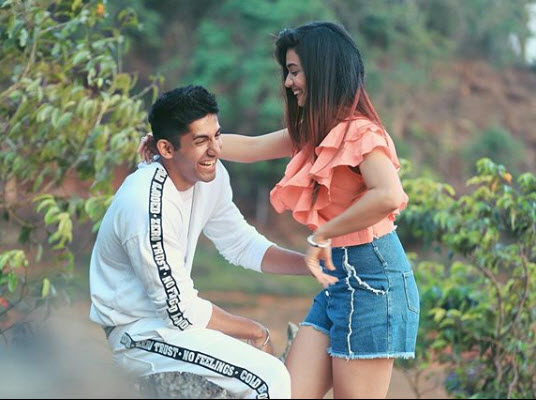 Earlier, Divya Agarwal was dating her Splitsvilla beau, Priyank Sharma and our Roadies finalist Varun Sood was dating VJ, Benafsha Soonawalla. But things started to take an ugly turn when Priyank and Benafsha had entered the reality show, Bigg Boss 11. Priyank and Benafsha were rumoured to be getting closer to each other and this did not go well with Divya and during one of the episodes, she had gone inside the Bigg Boss house and had broken up with Priyank. Soon after the show, Varun too had broken up his ties with his then ladylove, Benafsha. 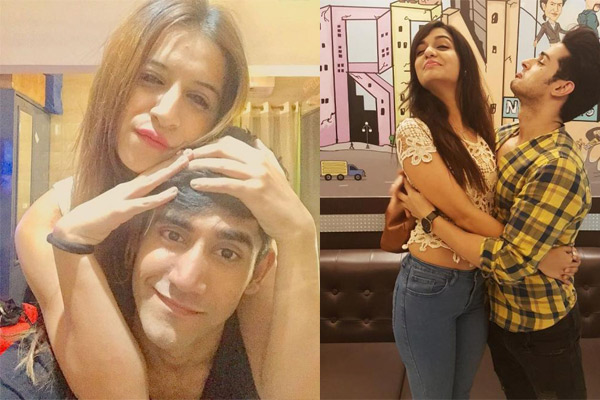 During the reality show, Ace of Space, Varun Sood and Divya Agarwal were seen talking about their respective exes, Benafsha Soonawalla and Priyank Sharma. The duo gave some shocking statements against their respective partners. In a throwback interview, talking about his breakup with Benafsha in the show, Varun was quoted as saying, "When I entered the show, I saw Divya talk about the truth openly in the media. Here I learnt from Divya that not saying the truth is also considered as lying. I just wanted to be honest about the whole thing. They only knew one side of the story and were judging the situation on that basis. I just wanted people to know the truth, whether they like it or not. I gave my truth to the world. If they hate me, if they love me, it's up to them. I was feeling lighter after saying the truth." (Must Read: SRK's Daughter, Suhana Khan Gets Mercilessly Trolled For Wearing A Revealing Top In Latest Picture) 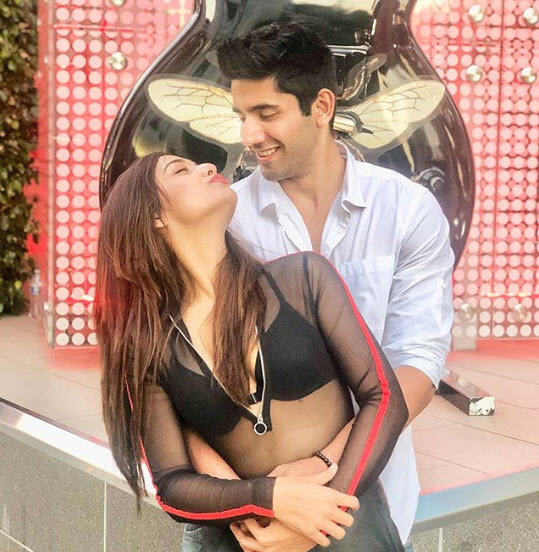 Varun Sood and Divya Agarwal look adorable together! What do you guys think?