Soon after the wedding, we witnessed the protective side of Varun Dhawan as he protected his wife, Natasha Dalal from the paps in the most adorable manner!

After years of speculations and murmurs in the media, the day that every Bollywood buff was waiting for has finally arrived. Yes, the hero, who has given a hit franchise of wedding films, Badrinath ki Dulhaniya and Humpty Sharma Ki Dulhaniya has finally become a dulha himself. We are talking about none other than the hit machine of Bollywood, Varun Dhawan, who married his childhood love, Natasha Dalal. (Also Read: Varun Dhawan Looks Excited To Become A 'Dulha' In The First Inside Picture From The Wedding Venue)

From childhood friends to lovers, Varun Dhawan and Natasha Dalal’s love story is the most adorable one. When Varun had proposed Natasha, she had rejected him multiple times but he didn’t give up. While the two had considered themselves pati-patni already, tying the knot was a mere formality for them. In fact, Varun had once, in an interview, shared that his wedding with Natasha will just be a formality for them, however, Varun and Natasha became man and wife, officially on January 24, 2021. After a long wait, Varun had taken to his Instagram handle and had shared pictures from his wedding day. In the pictures, we could see Varun looking dapper in an ivory sherwani, while Natasha had donned a matching ivory lehenga. Alongside the pictures, Varun had written, "Life long love just became official." 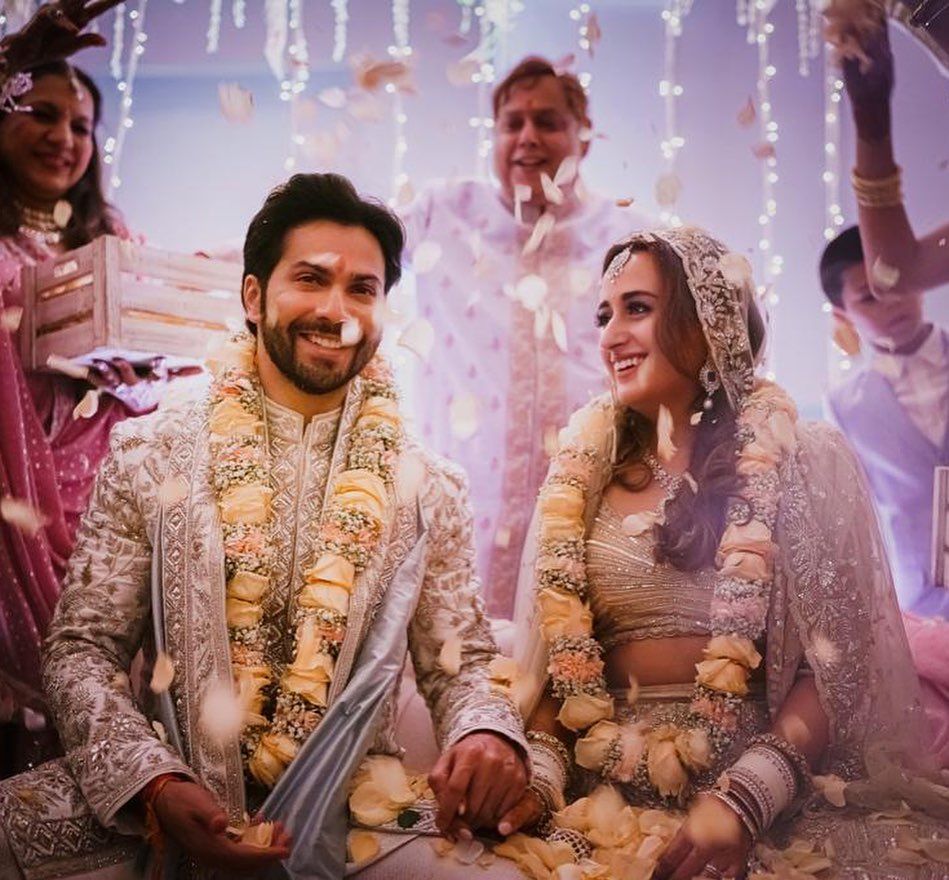 As soon as Varun became pati of Natasha Dalal, we witnessed his protective side as the newlyweds stepped out of their wedding venue to greet and pose for the media. The excited paps started clicking the couple and because of all the flashes, Varun became protective of his wife, Natasha Dalal. As soon as the couple stepped out, the paps started shouting, 'Shaadi Mubarak', "Congratulations' and 'bhabhi ji'. While at first, Varun was guiding Natasha on how to pose for the paps, later, he asked them to speak softly so that his ladylove doesn't get scared. Varun said, "Aaram se bolo, darr jaayegi bichari." This left the paps laughing and Natasha too laughed at her husband's protective streak. Take a  look:

Another video of Varun Dhawan's beautiful bride, Natasha Dalal is surfacing online and people are in awe of the gorgeous lady. The video was shared by Natasha Dalal's makeup artist, Namrata Soni, where she had beautifully captured the bride's outfit and bridal look. Her heavily embellished ivory lehenga, diamond jewellery, white choodha and white flowers in the hairdo made her look like an angel. The calm on her face narrated how comfortable she was being Varun's dulhaniya as if she had practised this day for all her life. Take a look:

It is very rare that we witness Varun sharing glimpses of his life with Natasha and when he does, we are always in awe. On September 12, 2020, he had taken to his IG handle to share a lovely picture with his ladylove, Natasha beside the pool. Along with the picture, Varun had written how Natasha is the reason behind him being fearless. His note could be read as “No I won’t be afraid just as long as you stand by me.” And on May 8, 2020, when Natasha had turned a year older and it was her beau, Varun Dhawan, who had wished her in the most adorable way. He had taken to his IG handle and had shared pictures of Natasha with a lovely wish. His wish could be read as “Happy birthday nata. I choose you over the ufc.” (Don’t Miss: Varun Dhawan And Natasha Dalal To Get Married At 'The Mansion House', Know How Much It Costs Per Day) 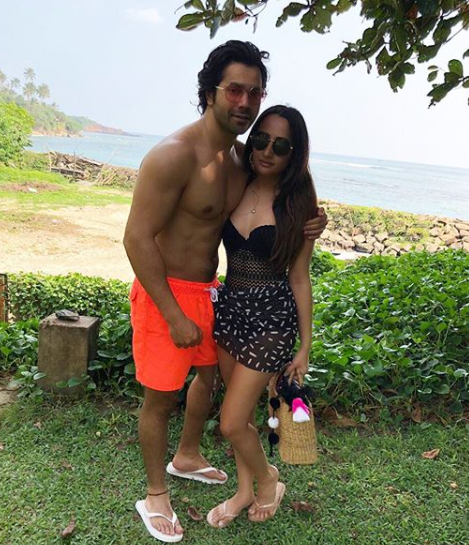 It was Kareena Kapoor Khan, who had almost confirmed Varun Dhawan and Natasha Dalal's engagement by referring to Natasha as Varun's fiancee on her talk show, What Women Want. Talking about getting married to Natasha, Varun had said, “See, marriage, coming into this time period when you have been with someone for so long... I felt like getting married after I saw my brother and my bhabhi. When I saw my niece Niara, I was like, ‘This is good.’” Varun had then talked about how the couple would have opted for a live-in relationship, but the actor's parents wanted them to get married. He had said, "Natasha and her parents have been pretty chill in that sense but I think after a certain period, you decide that you want to live with each other. She and I wouldn’t have minded a live-in relationship but my parents wanted us... Because I have my own place now." 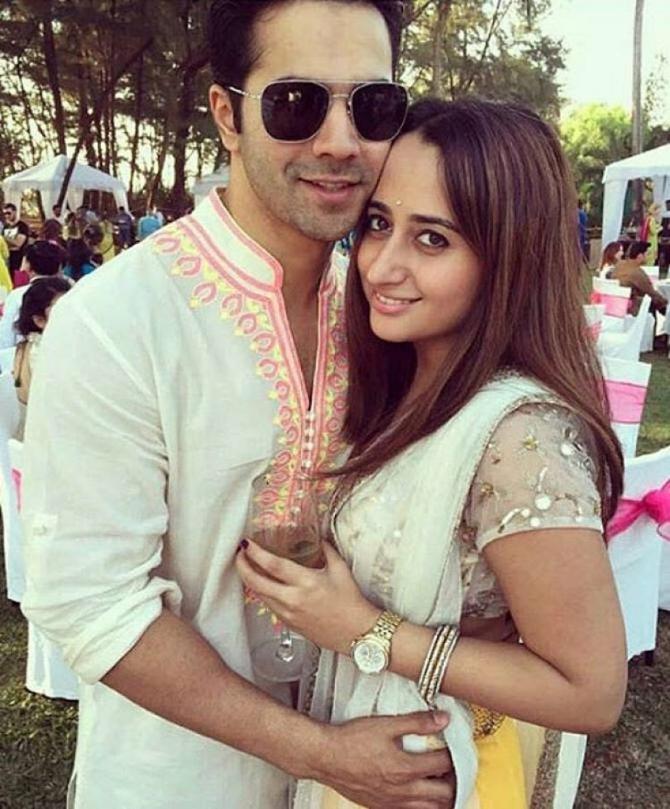 Varun and Natasha are childhood sweethearts and last year on Karwa Chauth, we had seen Natasha happily observing a fast for him. On November 4, 2020, we had spotted Varun's girlfriend, Natasha at Sunita Kapoor's Karwa Chauth party. The then-soon-to-be-missus, Natasha was clicked by paparazzi as well. She had looked gorgeous in a red ensemble and had kept her look subtle with a pair of earrings and red bangles. Natasha had arrived at Sunita's residence with her then-future mother-in-law, Karuna Dhawan. (Recommended Read: Hardik Pandya Pays A Video Tribute To Late Father, Wife, Natasa Reacts To Their Emotional Memories)