Nehha Pendse had revealed the secret behind her successful married life with her husband, Shardul Bayas on the day of love, Valentine's Day. Find out below.

No matter how many breakups we have experienced, how many novels we have read, how many movies we have watched, or how many suggestions we have taken from our love gurus. The secret of a happy married life is something that even the best of scientists couldn’t figure out to this day. However, there are some tricks and tips that can help you save your married life from becoming a boring one with time. (Recommended Read: Bipasha Basu Celebrates Valentine's Day With Hubby, Karan Singh Grover, Gets A Vintage Gift Of Love)

Today, we are going to talk about a celebrity couple who had tied the knot of love this year on January 5, 2020, and are celebrating their first Valentine's Day after marriage. Yes! We are talking about Nehha Pendse and her husband, Shardul Bayas. It all started on August 14, 2019, when ex-Bigg Boss contestant, Nehha Pendse had taken to her Instagram handle to introduce the love of her life, Shardul Bayas. Standing against the backdrop of the beautiful Duomo di Milano - Milan Cathedral in Italy, Nehha had captioned the picture with a red heart. 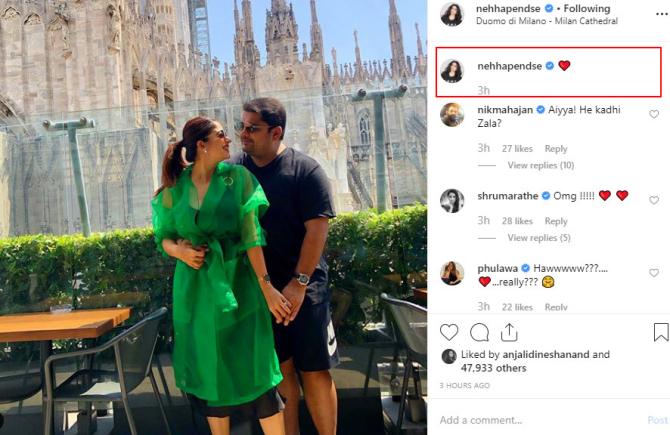 Now on the day of love, Valentine’s Day, Nehha Pendse has revealed the secret behind her successful married life with her husband, Shardul Bayas in a conversation with the Hindustan Times. The actress credited their mutual-step of live-in relationship before marriage and that helped them to know each other better. The revelation came after Shardul was asked about the reason behind most of their fights. To which, Shardul replied that it is his snoring habit which is the reason behind most of their fights. After which Nehha revealed this secret of keeping a happy married life. (Don't Miss: Radhika Pandit Shares A Collage Of Unseen Pictures With Hubby, Yash On Their 10th Valentine's Day) Earlier this year, On January 6, 2020, Nehha Pendse had posted pictures of her dreamy Maharashtrian wedding with Shardul Singh Bayas on her Instagram handle, and we couldn’t help ourselves from drooling over their respective attires. While Nehha had looked graceful as ever in a pastel-pink Nauvari saree and had accentuated her look with her hair tied in a bun, adorned with flowers, pearl and jadau jewellery, a crescent moon bindi, a traditional nath and green bangles. Shardul had complemented his bride in an off-white and pink-coloured sherwani and a matching safa. Take a look. In an interview with SpotboyE, Nehha Pendse had revealed what made her say 'yes' to her hubby, Shardul. She had stated, "I know Shardul for more than a year now. He was exactly the guy who I was looking for and he changed my perception about marriage again. He was very sure about me since the day we met and that's what I loved about him the most. Because in today's life, everyone wants to date you but no one wants to commit. And after going through heartbreak years ago, I decided that I just don't want to love someone for the heck of it, but want that love to reach somewhere. And Shardul made me extremely secure about that." 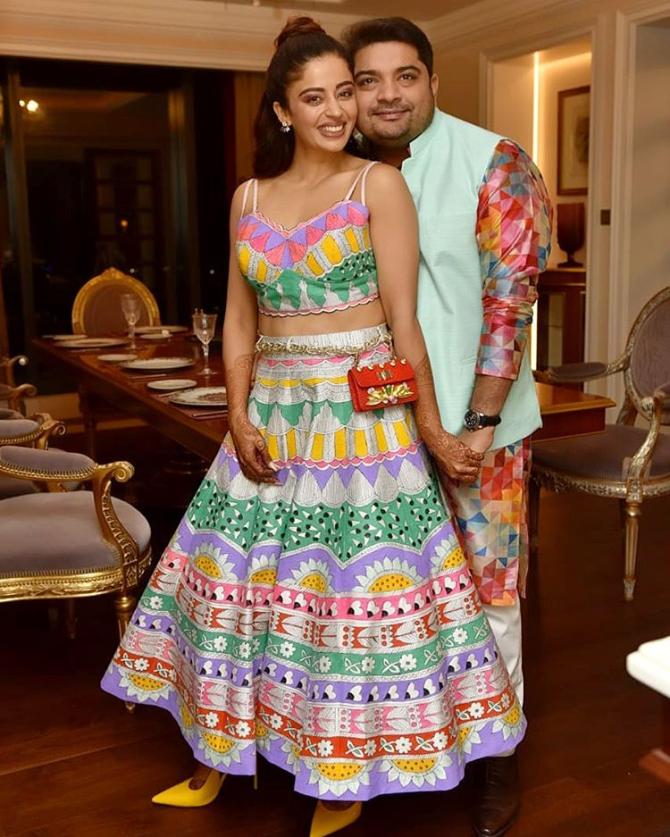 Nehha Pendse and Shardul Bayas are one of the most romantic couples in the entertainment industry. And if you want proof of that then all you have to do is keep a check on their respective Instagram handles. But if you want to know the real reason behind their romance and love then it all goes to the impeccable honesty that these two holds in their relationship. In an interview with SpotboyE, Nehha had appreciated her husband, Shardul for not hiding anything from her right from the beginning of their first conversation. She had stated, "Yes, Shardul has had 2 marriages and has two lovely daughters, one each from his previous shaadis. As I told you yesterday, he hadn't hidden anything from me. I knew about it, much before I got married to him. And think of it, so what if he had married twice before he married me? Life doesn't stop. Shardul does the balancing act very well. It's all very positive." (Also Read: Dipika Kakar Shares A Kissing Picture With Shoaib Ibrahim On Kiss Day, Pens A Cute Note) 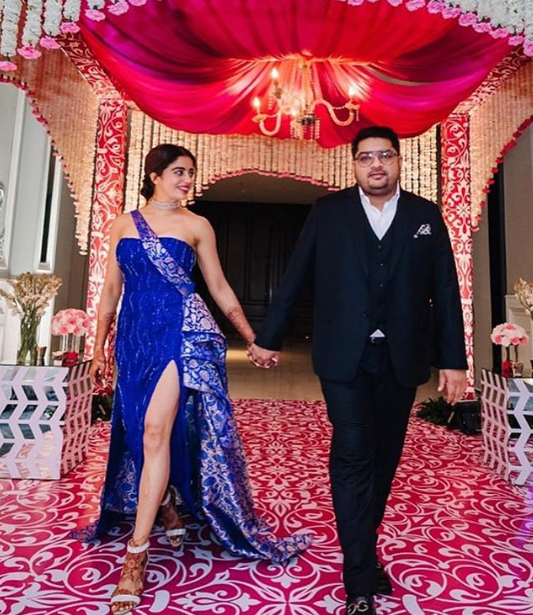 What is your mantra of a happy married life? Let us know.