Raksha Bandhan is all about the brother-sister bond. Lets take a look at some of the popular brother-sister duo of Bollywood and their unseen childhood pictures.

Siblings are the best part of childhood. Those never-ending fights and then patching up over an ice cream are some of the most memorable days, which we always wish to live again. No matter how crazy those times were, when we look back, an array of emotions come rushing through our hearts and always remind us of the time we spent with our siblings.

The glamour world too boasts some adorable siblings. From Ranbir Kapoor-Riddhima Kapoor Sahni to Abhishek Bachchan-Shweta Bachchan Nanda, Bollywood has some amazing brother-sister duos, who never miss a chance to shower love on each other. On the festival of Raksha Bandhan, let’s take a look at some of our celeb siblings and their rare unseen childhood pictures.

Mom-To-Be, Anushka Sharma Recalls Her 'Bachpan Ke Din', Makes Us Wonder How Cute Her Kids Will Be When Abhishek and Shweta appeared on Karan Johar’s chat show, Koffee With Karan, Abhishek had confessed that his father, Amitabh Bachchan is more fond of Shweta compared to him. And Shweta revealed how her mother, Jaya Bachchan’s favourite child has always been Abhishek. 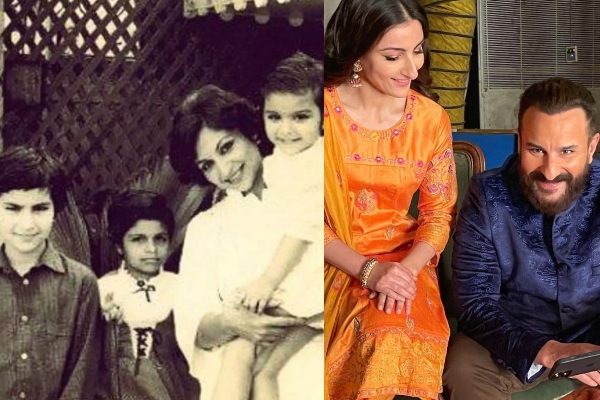 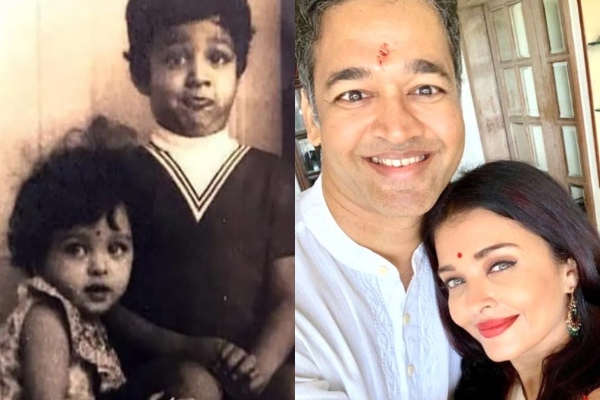 Aishwarya Rai shares a very warm bond with her elder brother, Aditya Rai. He has also produced the film, Dil Ka Rishta, starring Aishwarya in the lead. The stunning actress often treats us with glimpses from her family time, in which we often witness Aishwarya’s bond with her bhai and bhabhi, Shrima Rai. For the uninitiated, Aishwarya has an elder brother, Aditya Rai, who is married to former Mrs India Globe 2009, Shrima Rai. Aditya and Shrima have two sons, Shivansh Rai and Vihaan Rai. 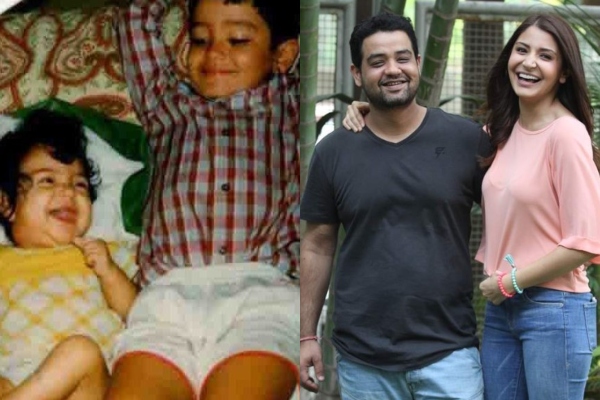 Anushka Sharma often shares pictures with her brother, Karnesh Sharma from their childhood and they speak volumes of their sibling love. Karnesh too never leaves a chance to shower love on his sister, Anushka. Anushka and Karnesh established a production house by the name, Clean Slate Filmz, in October 2013. Some of the major films made by Clean Slate Filmz were NH10, Phillauri, and many more. However, in March 2022, Anushka stepped down from the production house to give more time to her daughter, Vamika and gave the full responsibility of Clean Slate Filmz to her brother, Karnesh. Daily soap queen, Ekta Kapoor and her actor brother, Tusshar Kapoor need no introduction. Born to Jeetendra and Shobha Kapoor, Ekta and Tusshar are one of the most adorable brother-sister duos in the glamour world. In 2016, Tusshar had embraced fatherhood by welcoming his baby boy, Laksshya Kapoor via surrogacy. Following her brother’s footsteps, the doting sister, Ekta Kapoor too opted for surrogacy and welcomed her son, Ravie Kapoor in 2019. The brother-sister duo are single parents to their kids and are acing their roles. 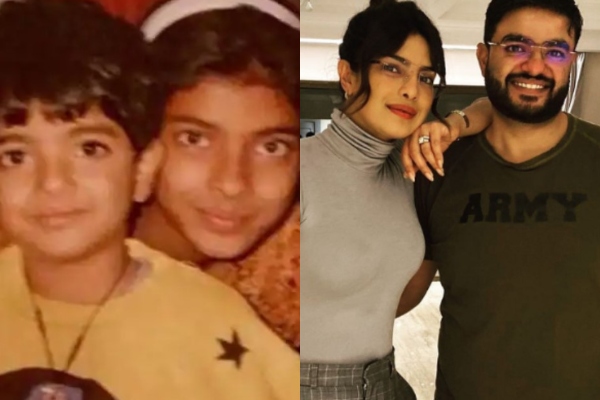 The global actress, Priyanka Chopra Jonas is definitely a workaholic but when it comes to her family, the stunning actress leaves everything aside. Priyanka Chopra shares a very warm bond with her baby brother, Siddharth Chopra. A few years back, on Raksha Bandhan, Priyanka had posted a picture with her baby brother and penned an adorable note for him. Heaping praises on him, Priyanka had written:

“I've got an army of brothers, and this one happens to be the leader of the pack (by default)! It's one of my favourite festivals where the sister ties a sacred thread around the brother's wrist for protection, symbolic of the beautiful bond between siblings. I can't imagine life without having my brothers in my corner... Love you guys!” 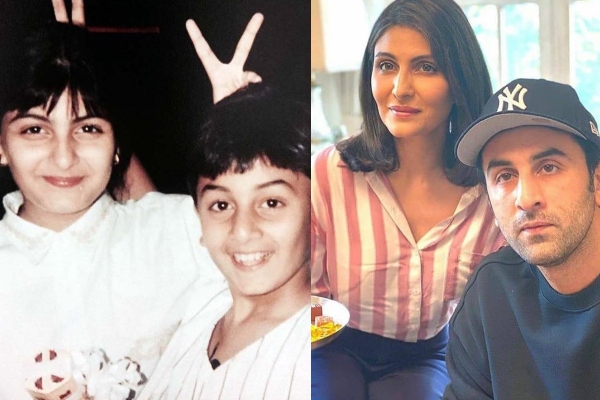 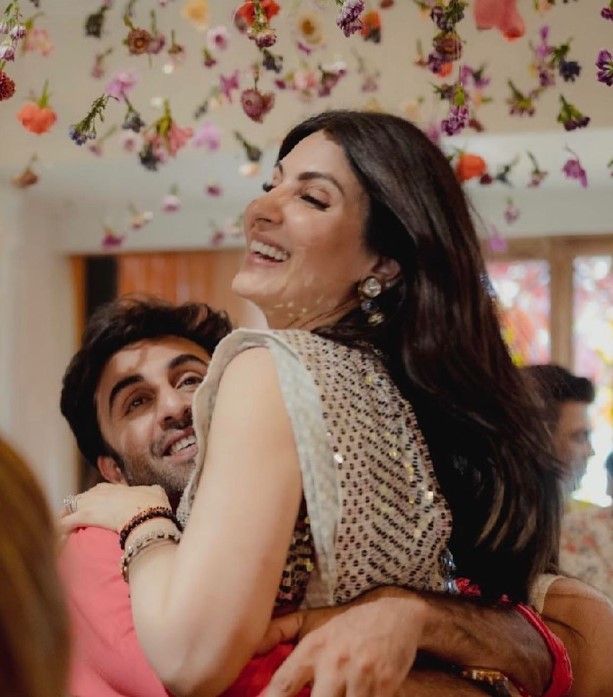 In a throwback interview of Riddhima Kapoor Sahni with Vogue magazine, she had revealed a fun anecdote from her growing-up days with Ranbir Kapoor. Talking about the same, Riddhima had shared that Ranbir would steal clothes from her closet to gift to his girlfriend. 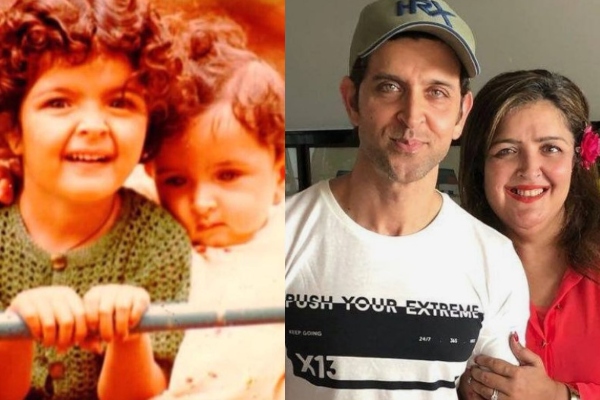 Hrithik Roshan is one of the most bankable actors in Bollywood. Son of actor-turned-director, Rakesh Roshan and his wife, Pinky Roshan, Hrithik had made his Bollywood debut with the film, Kaho Naa Pyaar Hai. Apart from his parents, Hrithik shares a very close bond with his sister, Sunaina Roshan. We have often seen glimpses of the brother-sister duo celebrating each and every occasion with their family. 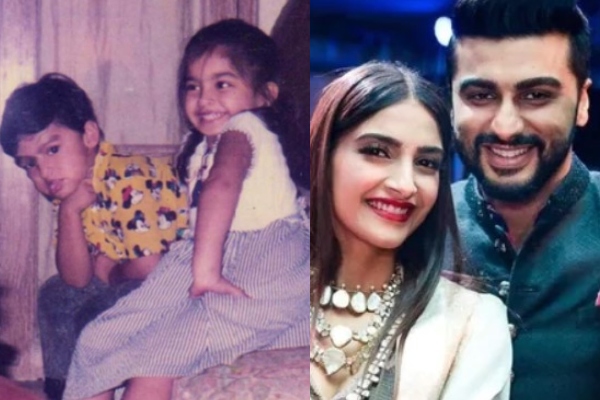 Arjun Kapoor is the son of producer, Boney Kapoor and his late wife, Mona Shourie Kapoor, whereas, Sonam Kapoor is the daughter of Boney’s brother, Anil Kapoor. Sonam and Arjun are one of the coolest siblings of B-town. The duo often shares unseen glimpses from their childhood and we just adore them. In 2020, Sonam treated her fans with an adorable picture with her darling brother, Arjun from her wedding day. In the picture, an emotional Arjun was seen tightly hugging his sister, Sonam on her D-Day and it had spoken volumes about their bond. 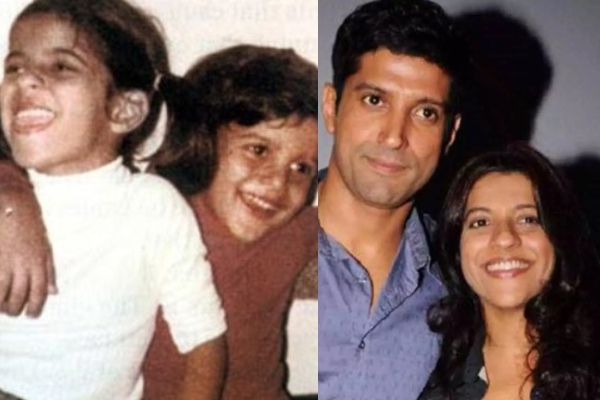 Farhan Akhtar and Zoya Akhtar are the most talented brother-sister duo in Bollywood. Coming from the lineage of legendary Javed Akhtar, the family boasts of many talents. The sibling duo- Farhan and Zoya, were born to Javed Akhtar and his first wife, Honey Irani. The two have always spoken reverently about each other, and have even collaborated on three films together- Luck By Chance, Zindagi Na Milegi Dobara and Dil Dhadakne Do.

Just like every other brother-sister duo, our B-town celebs too are quite protective about their siblings and have been each other’s pillar of strength through thick and thin.