Former 'Indian Idol' judge, Udit Narayan's take on the reports of his son, Aditya Narayan getting married to Neha Kakkar has left everyone scratching their heads in despair.

We have seen a lot of singers in the Bollywood industry but not everyone is blessed with the magical voice that Udit Narayan holds. The veteran playback singer got the chance to sing with Kishore Kumar and Mohammed Rafi, Asha Bhosale, and many others. Udit Narayan isn’t just an incredible singer only but is famous for his shy, gentle, and friendly behaviour with people too. The biggest proof of his extremely lovable behaviour is the fact that his relationship with his son, Aditya Narayan is more of a friend and less like a father-son relationship. Udit Narayan had supported his son on numerous occasions and not just his professional but had also respected his personal decisions. (Recommended Read: 'Love Aaj Kal' Actress, Sara Ali Khan Wants A Destination Wedding, Reveals The Name Of The City)

Recently, we heard about the rumours of Neha Kakkar and Aditya Narayan getting married and Udit Narayan had supported everything thing whole-heartedly. Neha Kakkar is currently judging the 11th season of the singing reality show, Indian Idol and the host of the show, Aditya Narayan is completely smitten by her and we have seen him do everything and anything to woo her. In one of the episodes, we have seen Aditya and Neha's parents coming on the show and expressing their desire for their marriage. Aditya’s father, Udit Narayan had even confessed that he would like a female singer to join the family. During the same episode, February 14, 2020, was fixed as Neha and Aditya’s marriage date and the news has made their fans happy and excited. 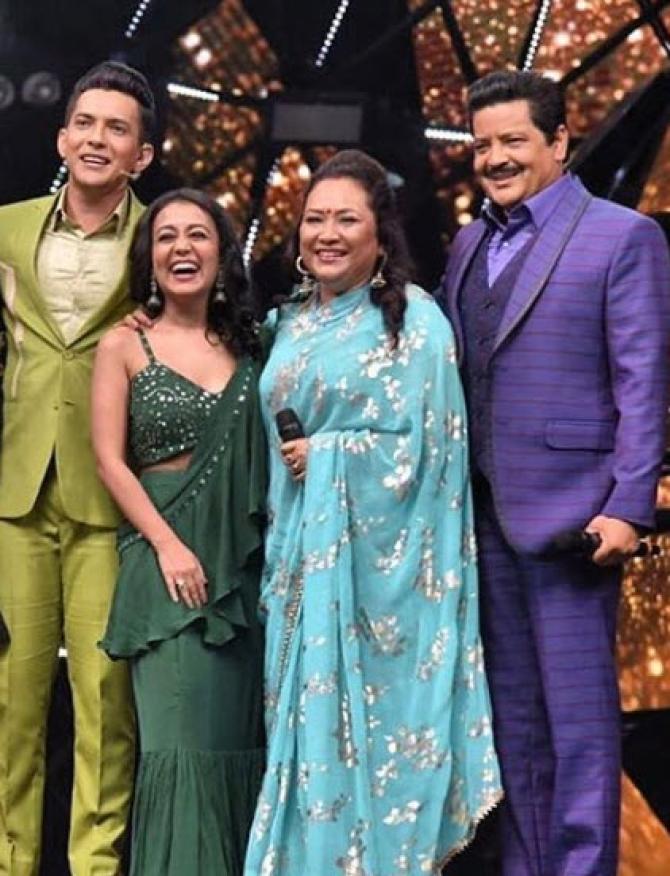 But, now according to the latest interview with Bollywood Hungama, Udit Narayan has revealed that as far as his knowledge and experience goes, everything that happened on the sets of Indian Idol 11 was a publicity stunt. He said, “Aditya is our only son. We’re waiting for him to get married. If these wedding rumours were true, my wife and I would be the happiest parents in the world. But Aditya has not shared this with us. I suspect this link-up and marriage rumours with Neha are just to boost the TRPs of Indian Idol where she’s a judge and my son is the anchor. I wish the marriage rumours were true. Neha is a wonderful girl. We’d love to have as our Bahu.” (Also Read: Mira Rajput Kapoor Flaunts Her Mehendi Clad Hand Done By Little Missy, Misha Kapoor With Sketch Pens) 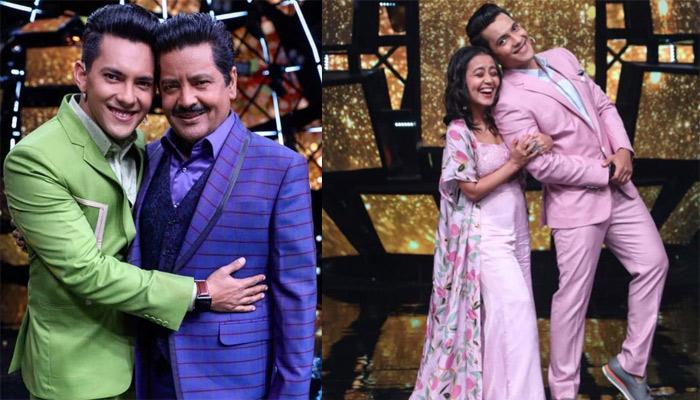 Well, no wonder the legendary singer has played well with his words here. As he didn’t extinguish the whole fire but dropped some rainstorms of reality. However, if we go by the take of Aditya Narayan and Neha Kakkar on their speculated relationship then on January 12, 2020, Neha Kakkar had taken to her Instagram handle and had shared a cute video. In the video, we could see, Udit Narayan had confessed that he likes, Neha and he wanted to make her his bahu. Later, when Aditya’s mother, Deepa Narayan came on the show, she showered Neha with praises and shared her immense desire of making her Narayan pariwaar's bahu. After hearing praises from her, Neha was delighted and in amusement as she called Deepa ‘sasu maa’, which made everyone laugh and it was Aditya, who was seen overjoyed. The companionship between Neha Kakkar and Aditya Narayan is loved by all their followers and is taken in a healthy spirit by all. However, Aditya never leaves a chance to flirt with his rumoured girlfriend, Neha Kakkar while being on the show. Check out the video.

Well, that’s not where it ended as Neha’s parents too had come on the sets and they had also fooled her by saying that they have agreed to this rishta. While this prank had left Aditya blushing in love, Neha had taken it sportingly like a queen and had slyly said that if she gets married to him so early, then there would be no fun left between them. But, now after these comments from Udit Narayan, we are eagerly waiting for the reaction of the Neha Kakkar and Aditya Narayan on the same. (Don't Miss: Farah Khan Shares A Throwback Picture To Wish Her Kids, Diva, Anya And Czar On Their 12th Birthday) 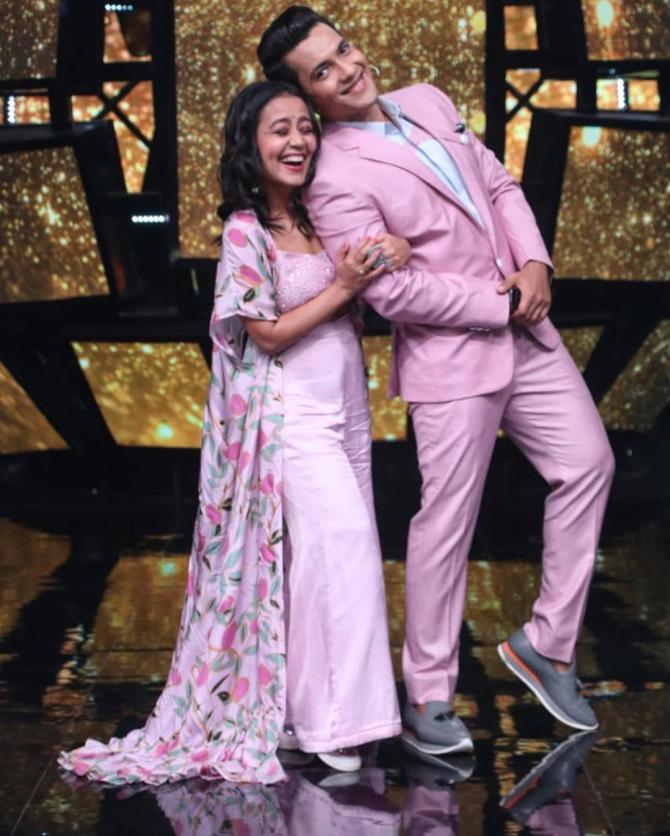 However, we spotted Neha and Aditya shoot for an upcoming song. The picture of the same was shared by Neha Kakkar's brother, Tony Kakkar on his Instagram handle. He posted a group picture with Aditya and Neha, and wrote, "From the shoot of my next single #GoaBeach releasing on 10th February. Sung by me & my superstar @nehakkar ft. @adityanarayanofficial and @kat.kristian! Directed by super talented @piyush_bhagat and @shaziasamji. Produced by my bro @anshul300 @desimusicfactory." Take a look at it below: 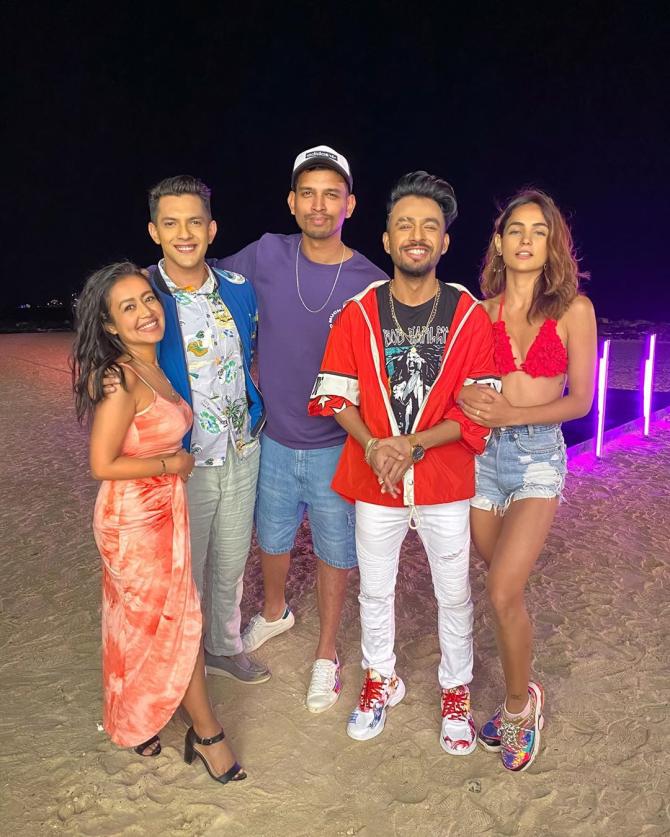 Do you think everything between Neha and Aditya was just a part of a TRP strategy? Let us know. 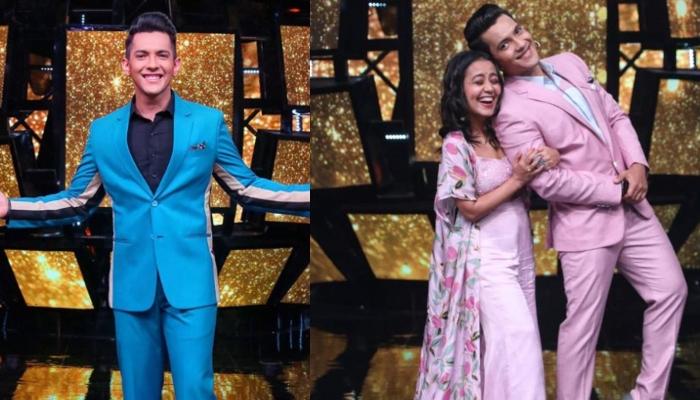 We live in a world where fans are obsessed with celebs and could go to any extent to get a glimpse of their favourite stars. But behind a glamourous life, there are a lot of sacrifices and hard work. Getting into an industry filled with a lot of competition and making