The actors from the show, Iss Pyar Ko Kya Naam Doon 2, Avinash Sachdev, aka Shlok Agnihotri, and Shalmalee Desai, aka Sojla Varad Agnihotri, got married in a hush-hush ceremony on June 12, 2015.

The wedding celebrations started with a combined sangeet and mehendi ceremony, which took place on June 11. And, after their wedding ceremony on June 12, the couple had a lavish reception party as well.

So, for all the fans of this gorgeous couple, here we get a few glimpses of their wedding journey.

Recommended Read: 'Yeh Hai Mohabbatein' Fame Anita Hassanandani Dances With Her Husband Like Nobody Is Watching 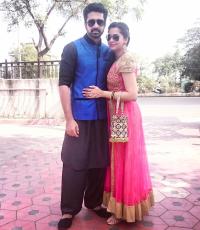 It all happened on the sets of Iss Pyar Ko Kya Naam Doon 2, in which they were a devar-bhabhi duo. Surprisingly, for the first six months of shooting together, they didn't talk to each other at all. She thought he has given two hit shows, so he must be arrogant, and he on the other hand, thought that she was too hoity toity. It was after six months, they went on a team lunch when both of them saw each other in their casual avatars. In fact, Shalmalee, in her wedding video even mentioned that Avinash came to her and said, "Oh, you are not a behenji! Awesome, so we can talk!" This was the beginning of a beautiful love story which had a "happily ever after" in the form of a magnificent wedding. We even have a small part of this couple's wedding video, have a look:

Now, here come the details of each wedding ceremony!

The beautiful bride-to-be, Shalmalee, looked truly gorgeous in her pink and green outfit, as she flaunted her mehendi. 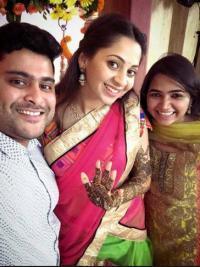 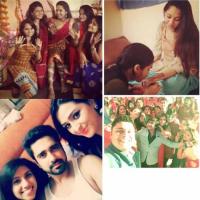 Must Read: Steal The Look- 9 Beautiful Bollywood Brides On Their Mehendi Day

Avinash and Shalmalee had a traditional Maharashtrian wedding. The couple looked absolutely stunning in their royal attires. The lovely bride, Shalmalee, wore a red, green and gold saree, and teamed it up with traditional jewellery and her beautiful smile. The groom looked dapper in a gold sherwani and the stubble. 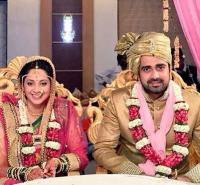 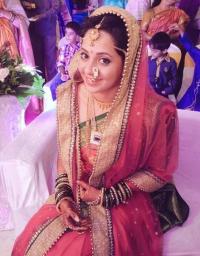 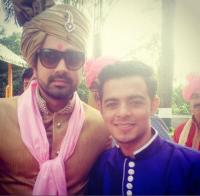 Must Read: Beautiful Maharashtrian Brides And Their Special Wedding Moments 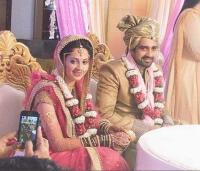 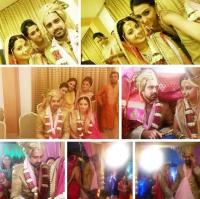 Check out the wedding journey of another famous Indian television couple: The Wedding Story Of TV Actors Karan Patel And Ankita Bhargava

The couple hosted a reception party on the same day after their wedding. The super-stylish couple once again wowed us with their great taste, as Shalmalee opted for an elegant red and gold outfit and Avinash wore a trendy blue suit. The reception was attended by their co-stars and friends from the television indstry as well. 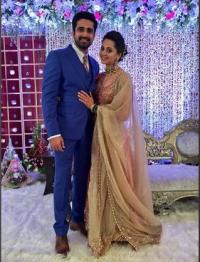 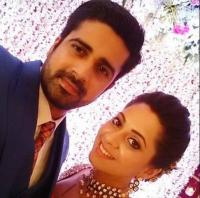 Recommended Read: 10 Bollywood Songs For A Couple To Dance At Their Wedding 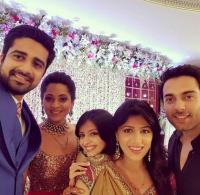 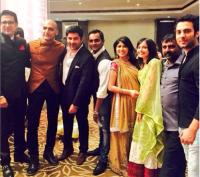 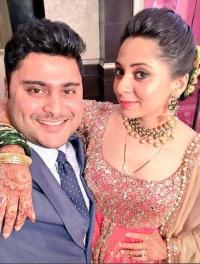 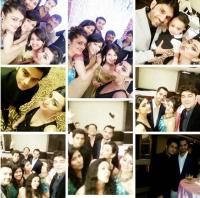 Team BollywoodShaadis wishes this lovely couple a lifetime full of love and happiness!