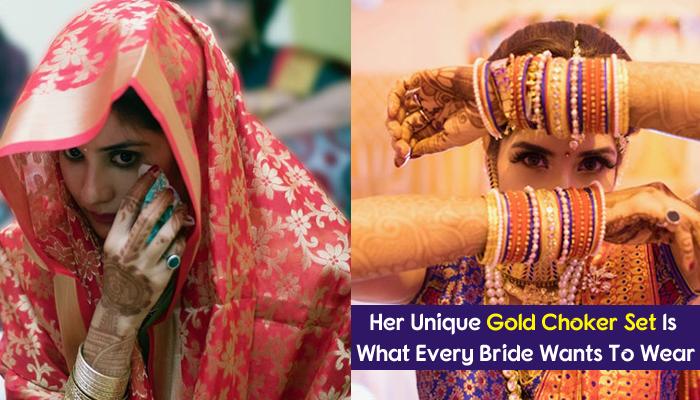 We are about to enter the New Year by bidding goodbye to 2017. Before that, we are rejoicing the number of good news we got from Bollywood celebs getting married or welcoming their bundle of joy. While we are still hung over the beauty of Virushka’s wedding, we have another news about the TV celeb couple who tied the knot on the same date as Bharti-Haarsh and Aashka-Brent wedding date. 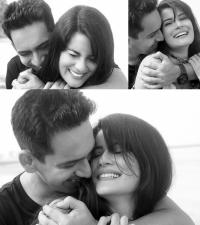 We are talking about the actress who was last seen opposite Jay Soni in Sanskaar, Dharohar Apno Ki and was also seen in her Bollywood debut Love Shagun. You must have guessed it by know about which celeb we are talking about. It’s none other than Shamin Mannan who is madly in love with her long-time boyfriend, Atul Kumar. Their pre-wedding shoot made us believe that they share a strong intimacy. 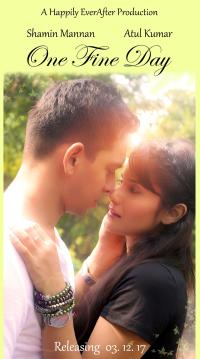 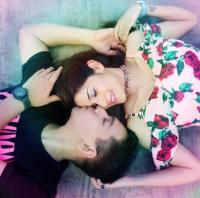 When asked about getting married to then to-be-married actress, Shamin retorted:

“We were never that keen on marriage as we believe in being soul mates. Our commitment to each other has been the same ever since he proposed his love to me in the very first month of our first year in college. But obviously my parents live in a society so they wanted us to get married and so we did. I didn’t expect it would be so much fun. Atul’s parents and his siblings flew down to Assam. It was a lovely exchange of different cultures, languages and also religions in our case."

She continued and said:

"The best part was that everyone was very warm and welcoming towards each other’s culture and traditions. In a three day event we had haldi, mehendi, sangeet, small nikah followed by a grand reception. Overall, it was super fun. And marriage won’t change much between us as we have always treated each other like soul mates and that heart to heart bond matters the most.” 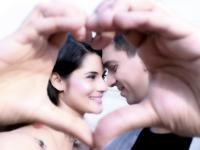 Shamin was looking like a traditional graceful bride wearing orange silk saree paired with a contrasting purple blouse and her Indian hairdo made her look appealing. Her gold choker set along with gold necklace in different designs is something which caught the eyeballs. Check the damsel here:

The groom Atul was looking dapper wearing a black suit and the bow-tie gave him a gentleman appearance. Here is his picture: 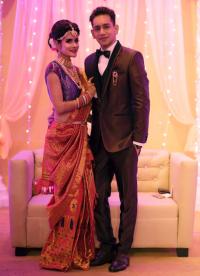 Here are other pictures from their wedding ceremonies: 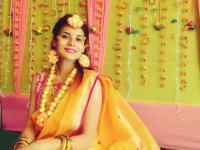 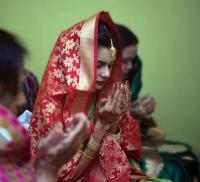 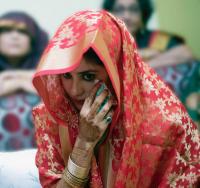 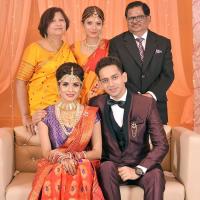 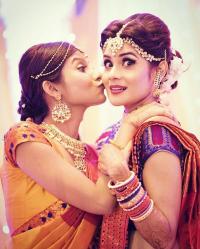 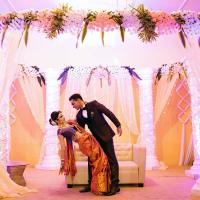 And here are some more beautiful pictures: 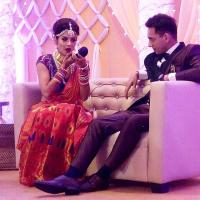 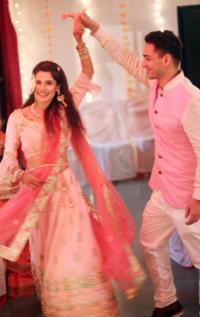 They both are such a charmer. The next thing which we will show you will make you believe, that this actress is truly a diva and knows how to express her love in a unique way. Her dance on the song Tu Cheez Badi Hai Mast Mast is such a cute way to tell your would-be-husband 'you are the best'. Right? Check out the video here:

Aww.. they are looking so adorable together. For the uninitiated ones, this lovebirds met while doing their engineering in Bangalore. He was her senior in college and the only guy she has ever dated. It is such a great coincidence that Shamin’s parents also had an inter-religion wedding. Shamin and Atul’s wedding is also a proof that if true love exists, nothing can set the couple apart.

Team BollywoodShaadis wishes the newly-wedded couple all the love, luck and happiness. May your love grow with each passing days. All you fans, stay tuned with us about the post-wedding updates of Shamin-Atul wedding.

Recommended Read: This Is How Virat And Anushka Announced It To The World That They Are Married