In a recent interview, Karan Pahwa shared that he and his wife, Supriya have become parents for the first time as they are blessed with a baby boy.

Popular television actor, Karan Pahwa is beaming with joy as he has become a father for the first time. Karan and his wife, Supriya Rajmitra, are blessed with a boy on December 2, 2022. The actor’s wife delivered the baby in the wee hours of the morning in their hometown, Kurukshetra. For the unversed, Karan and Supriya tied the knot in March 2019.

Now, in an interview with the ETimes, Karan Pahwa opened up about the good news and shared his happiness about the same. He also talked about the surreal feeling of holding his baby boy for the first time and stated that there's no better feeling than this. Mentioning that his wife was in labour for eight hours, the actor said:

'Choti Sardarni' Fame, Avinesh Rekhi Reveals His Wife, Raisa Was His Girlfriend Since He Was 15

“I am on cloud nine. It’s the most amazing feeling...a feeling that can’t be described. I never knew I would ever cry in this situation. Holding my baby in my arms was surreal, and there is no feeling better than that. I was super excited and also concerned about my wife, who was in labour for eight hours. By God’s grace, my wife and our boy are absolutely fine.”

Also Read: Kareena Kapoor Turns Into A Mermaid In An Ocean-Blue Gown, Poses With Hubby, Saif Ali Khan In Saudi

Further in the interview, when Karan was asked about his baby boy's name, he shared that they are yet to decide on a name for their newborn. However, the newbie dad also mentioned that they will decide the name as per as their baby boy's rashi alphabet. In his words:

“We will decide according to the rashi alphabet. I guess it will take a few more days, as we are currently enjoying the moment.”

The actor who was seen on the show, Ali Baba Dastaan-e-Kabul, took a break from the shoot in November 2022 to be with his wife, Supriya, during the last stage of her pregnancy. Then he went to his hometown, Kurukshetra to curate a maternity photoshoot with his wife and capture their beautiful moments together. Revealing his plans to return to Mumbai, Karan said:

“Very soon. I guess once the naming ceremony is done, I will return to Mumbai and will resume work. Supriya will stay back for some time. I am going to miss both till they come to Mumbai.”

Talking about Karan Pahwa's love story with his wife, Supriya, the two met at a dance class. Just like every other filmy love story, their match was also made in heaven. First, the duo became good friends, and gradually, their friendship progressed into love. Though the couple went through many ups and downs in their relationship, they stood by one another. They had a long-distance relationship as Karan had to come to Mumbai for his work commitments, but Supriya always stood by him like a strong pillar. Soon, the couple got married in a grand wedding ceremony. 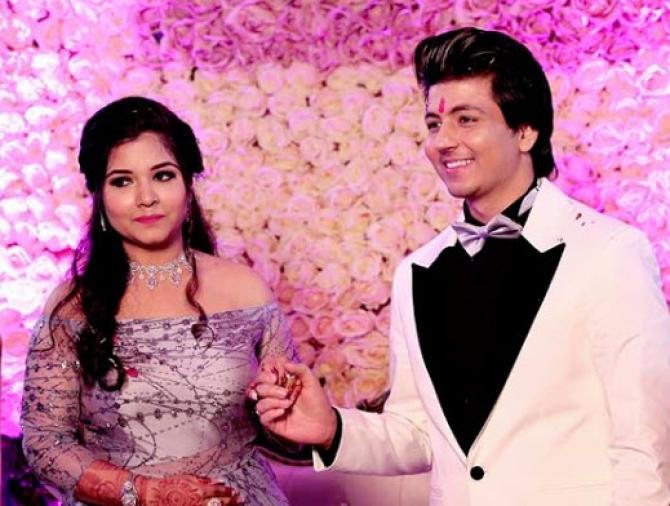