Sanjay Dutt paid a visit to his daughter, Trishala Dutt, in the US, and the father-daughter duo celebrated her 33rd birthday.

In 1982, when Sanjay Dutt was trying to cope with the loss of his mother, Nargis Dutt, he found his first love, actress, Richa Sharma. After dating for a few years, Sanjay and Richa tied the knot in 1987, and a year later, they had welcomed their little angel, Trishala Dutt. But fate had other plans for this couple as Richa was diagnosed with brain tumour and bid adieu to the world in 1996, leaving their daughter in the care of her parents in New York.

Despite living far away from her father, Sanjay Dutt, Trishala shares a warm rapport with him. The father-daughter duo never misses a chance to shower love on each other. As Trishala turned 33 on August 10, 2021, Sanjay had penned an adorable wish for her. Sharing a throwback childhood picture with his 'little girl' on his IG handle, Sanjay wrote, "Life gave me the most wonderful gift in the form of you when I became a father. Even though you live so far away, we know that our bond has just been growing stronger. Happy Birthday, my little girl, @trishaladutt!"

Trishala Dutt's Reaction To Her Father, Sanjay Dutt's New Haircut Is Every Daughter Ever 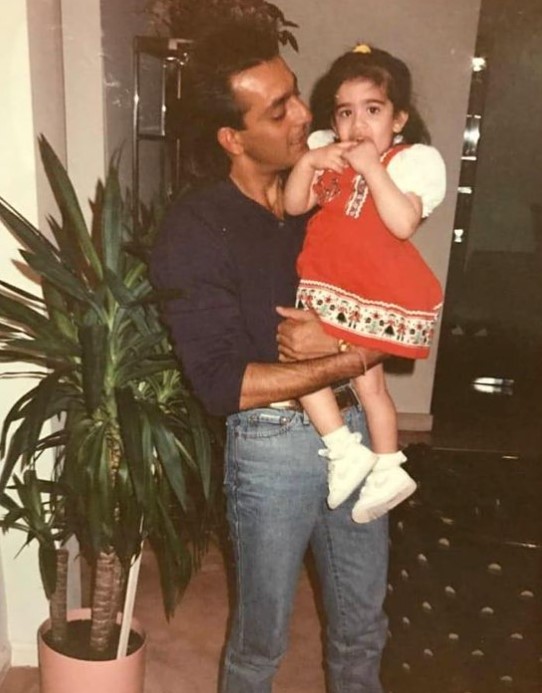 A few days back, Sanjay had jetted off to the US, and on Trishala's 33rd birthday, the doting father made sure to spend the day with her as the two went on a road trip together. A few moments back, Trishala took to her IG handle and posted a beautiful twinning picture with her 'papa dukes' from their intimate celebration and wrote, "Chapter 33 with my heart, my blood, & my soul - The sun, the moon, & all my stars my Papa Dukes @duttsanjay - thank you everyone for the birthday wishes." She also shared glimpses of their road trip on her IG stories. 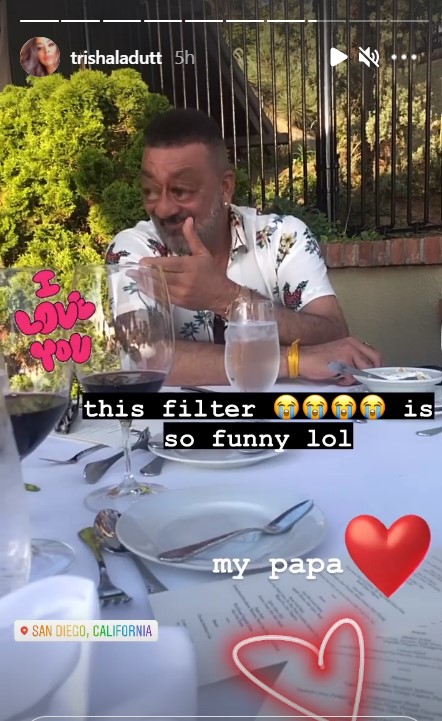 Trishala Dutt is raised by her maternal grandparents in the US and shares a beautiful relationship with her father, Sanjay Dutt and his family, Maanayata Dutt, Shahraan Dutt and Iqra Dutt. She is a psychotherapist by profession and often interacts with her followers on social media through 'Ask Me Anything' sessions. In one such session, when she was asked, "How is it living without your parents?" she had retorted, "It's fine, I guess. I never lived with them, to begin with (I did but I was so young I don’t remember much) so I can't really answer how it feels living without them." 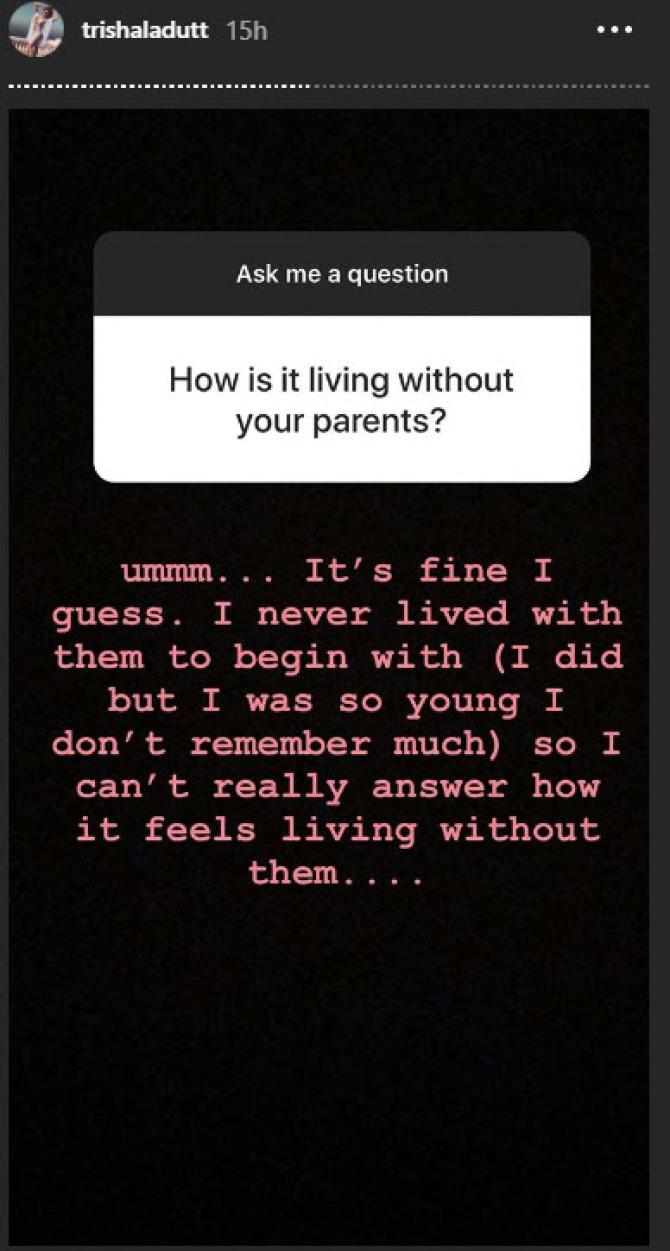 In 2018, Trishala Dutt had taken to her Instagram handle to give Dutt fans a glimpse of the ‘just married’ couple, Sanjay Dutt and Richa Sharma. Their throwback picture did take us on a nostalgic trip, and we just couldn’t stop staring at the then-newly-wedded couple. Trishala had captioned the picture of her parents as, “A selfie est. 1987 #justmarried #thesimplelife #treasuredmoments #memories”. On Father's Day 2021, Trishala had shared a selfie with Sanjay, where the father-daughter duo had twinned in black. Expressing her love for her 'papa dukes', Trishala had written, "Happy Father's Day Papa Dukes @duttsanjay. I love you very, very much." On Trishala's post, Sanjay's wife Maanayata had commented with heart emoticons.

Also Read: Rahul Vaidya Reveals How His Wife, Disha Parmar Helps Her Mom-In-Law In The Kitchen 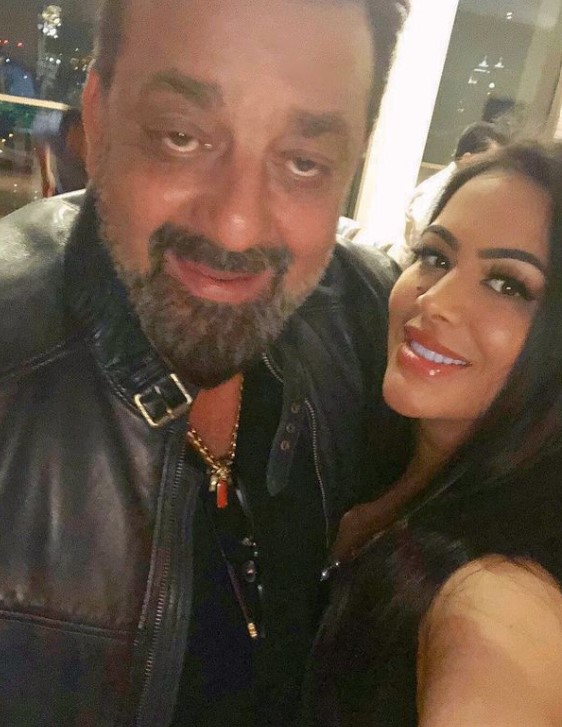 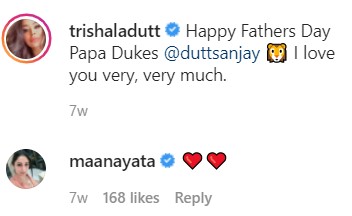 On the work front, Sanjay's upcoming movies are Bhuj: The Pride of India, Shamshera and K.G.F: Chapter 2! 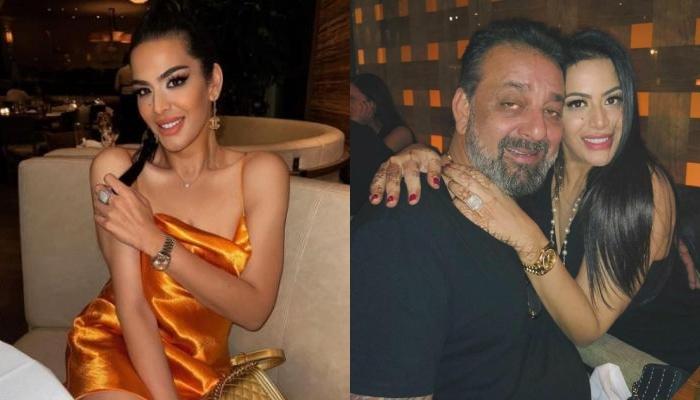 Bollywood actor, Sanjay Dutt tied the knot with an aspiring actress, Richa Sharma in 1987, and after two years of marital bliss, the couple welcomed a daughter, Trishala in 1989. However, Richa was diagnosed with a brain tumour, so she moved to New York for her treatment, but she died in 1996. After her mother's