How wonderful is it for parents to be regarded with their child’s name! Our parents pour their sweat and blood to shape our lives and all they wish for in return is to turn into people, whose heart is filled with humanity. And one such celeb Bollywood parents who always go gaga about their superstar son is none other than Tiger Shroff’s mom and dad, Jackie Shroff and Ayesha Shroff. The Shroff family is one of the most looked upon celeb families in the Tinseltown. (Do Read: Sara Ali Khan Posts A Heart-Melting 'Eid Mubarak' Wish With Mommy, Amrita Singh, Look Mesmerising)

Tiger Shroff has graduated from being just another star kid and superstar-in-the-making to already a superstar. Be it his enthusiasm towards fitness, gymnastics moves or terrific acting, this man is tasting success like a pro with his latest release, Student Of The Year 2. Apart from acting, his closeness with his ‘not so rumoured anymore’ muse, Disha Patani and his bonding with his family is also a widely celebrated fact in the glamour world. Speaking of which reminds us to tell you about the heartfelt birthday wish which Tiger had posted for his father on February 01, 2019. The same could be read as, “Happy birthday to my most handsome father/friend/love/hero! Lv u daddy @apnabhidu #onscreenoffscreenhero #nobodylikeyou #dontmakethemliketheyusedto.” 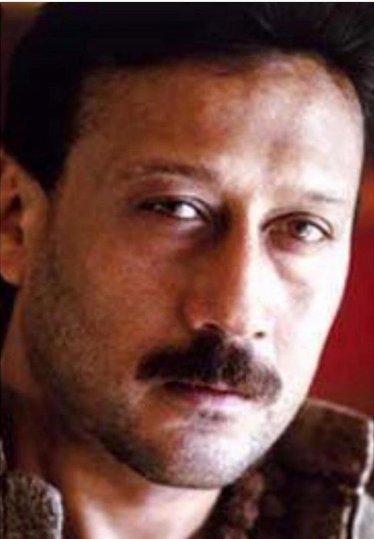 And today, June 05, 2019, Tiger Shroff’s mom, Ayesha Shroff is celebrating her 59th birthday. However, the most interesting fact is, Ayesha Shroff’s birthday coincides with her wedding anniversary, which too happens to fall on June 05! And so, Tiger took to Instagram and posted a heartfelt birth-cum-anniversary message for his star parents, along with a throwback picture. Sharing the picture, Tiger wrote, “Happiest birthday to the besttt mom ever love you most mama...and daddy and happy anniversary! So lucky to have you two! @ayeshashroff @apnabhidu”. Tiger’s sister, Krishna Shroff too, took to her Instagram stories and posted a wish for her mom and dad, using the same image. Take a look at all of them below: 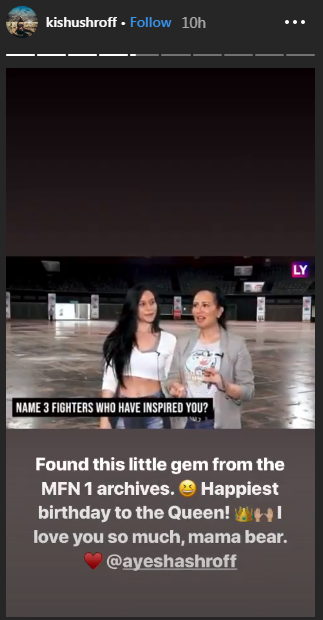 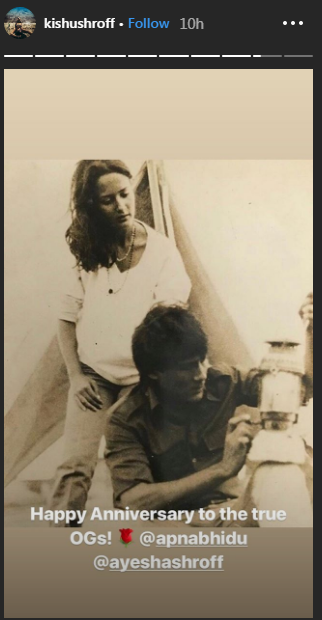 Speaking to a leading daily, Tiger Shroff had spoken about his star parents, Jackie Shroff and Ayesha Shroff. He had stated, "I am more like momma (Ayesha Shroff). My sister, Krishna is more like my dad. Dad is so bindaas. He doesn't care about what people think. I am uptight and focused. My father was born a star. On the other hand, I had to work hard to get out of his shadow and make my own identity. I didn’t want to just be Jackie Shroff ka beta. I am a racehorse. I have huge goals and dreams. I do not have time to spend my energy looking left or right. There is no time for detours (read as see what others are doing) because I have to look straight ahead at the finishing line.” (Must Read: Aamir Khan's Daughter, Ira Khan Shows Off Her First Tattoo And It Might Inspire You To Get One) 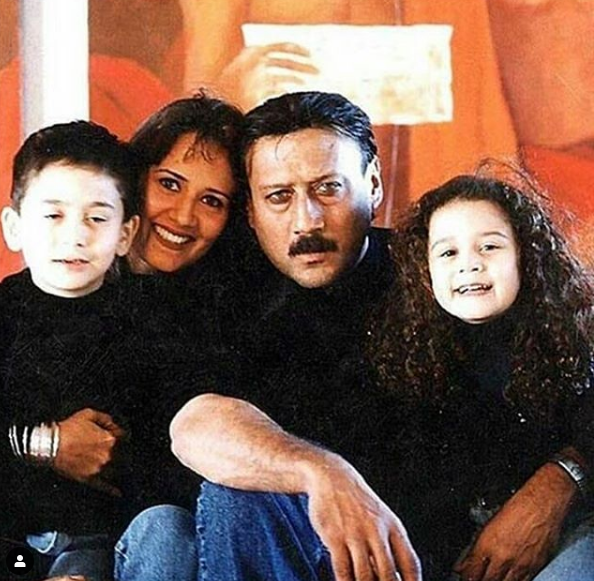 Jackie Shroff and Ayesha Shroff are more friends than a couple and that is probably the secret of their ever-lasting bond. In an interview, Jackie Shroff had an interesting take to tell about his wife, Ayesha Shroff and had stated, “About It [photo shoot] was for some magazine which ran it on the cover. Do you know that I borrowed that underwear from Ayesha? She was my girlfriend then. I was a gareeb from Teen Batti, I didn’t have the swimming trunks I was required to wear for the shoot. So, Ayesha gave me a part of her two-piece bikini, and it fit me well. I am not ashamed of it, I never was. People talk about feminism and choices, and the shift in the man-woman equation today. I wore a woman’s bikini for my shoot back in the 1980s. I am proud of it.” 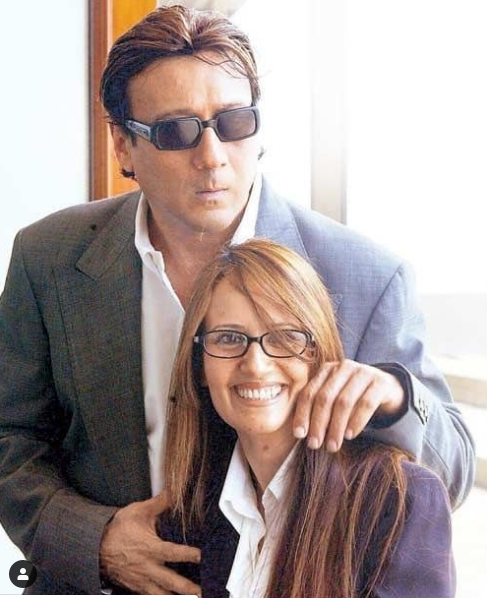 In a 2018 interview with Spotboye, Jackie Shroff and Ayesha Shroff had spoken about them as a couple and as parents to Tiger Shroff and Krishna Shroff. About the same, Ayesha had shared, “More than husband, Jackie has been my best buddy, so that’s how it has been so great for 29 years. As a father too, he’s been the best that a father could be. We have been through so much together, and it’s been a lot of fun, probably now is the best time of our marriage and lives together--- no complaints at all.” 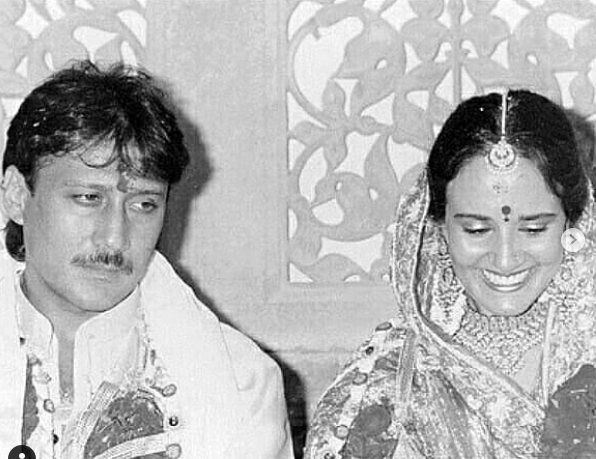 Jackie Shroff too had added, “I couldn’t have asked for a better wife than Ayesha. When we were teenagers, that time also as a buddy she was fabulous. Now as a wife also she’s superb, she’s taught me the class, manners, English, the way to present myself, because I was this rough South Bombay boy, whom she transformed into a courteous gentleman. She has been the finest mother, without even me being around, as I used to be busy shooting for 3 films at a time, she managed to take care and nurture our son and daughter in the best possible way. Ayesha and I understand each other completely, and I believe that in relation as you grow, friendship is that one factor which makes your bond last.” 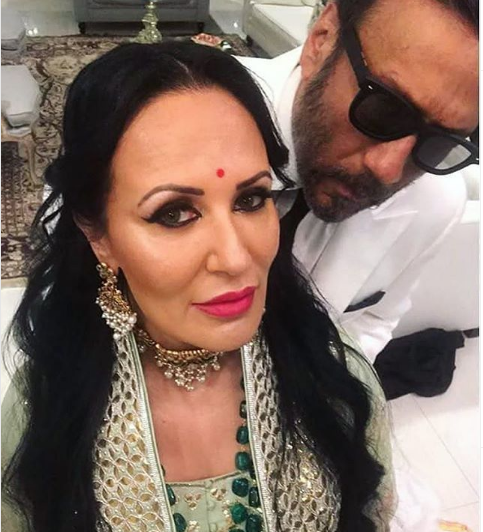 In the same interview, Jackie Shroff and Ayesha Shroff had also revealed the one thing that they would like to change about each other. While Jackie had stated, “Nothing at all, for me she’s alright. I think no one’s that big to change others, if the change has to be brought about, it should be brought about by your own self rather than others doing it. Ayesha did want to change something. She had revealed, “He’s too generous– which is good but sometimes it’s a negative thing too. He trusts people blindly and can be taken for a ride very easily.” (Also Read: Suhana Khan Adjusts Her ATM Card And Cash Inside Her Mobile Back Cover Just Like A Normal Girl) 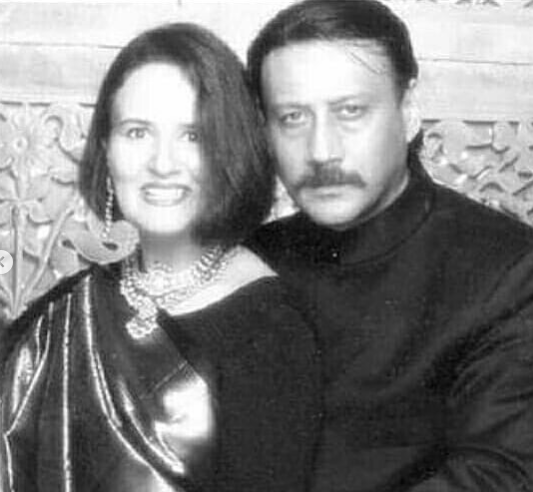