As Tiger Shroff rings in his 30th birthday with a packed promotional schedule for Baaghi 3, the two most important ladies in his life share the sweetest birthday wishes for him.

In a career of only eight films, Jackie Shroff’s son, Tiger Shroff, has established himself as the darling of the Indian box office, with several of his films crossing the 100-crore mark, including Baaghi and Baaghi 2. Already one of the highest-paid and commercially successful actors, Tiger’s last film, War, in which he starred alongside his childhood hero, Hrithik Roshan, became the highest-grossing film of 2019. His excellent martial arts skills and his almost perfect dance moves make him one of the most versatile and multi-talented stars in Bollywood. (Recommended Read: Shah Rukh Khan Shares A Priceless Moment As His Son, AbRam Draws An Adorable Picture Of Him)

In addition to being an all-rounder, he is also loved and respected across the industry because of his shy and endearing personality. His charisma shines through in his chemistry with his female co-stars. One such relationship that fans love to talk about is his rumoured relationship with his Baaghi 2 co-star, Disha Patani. One of the sexiest couples of Bollywood, they will apparently be seen teaming up on-screen once again in Baaghi 3, in which Disha is expected to appear in an item song. 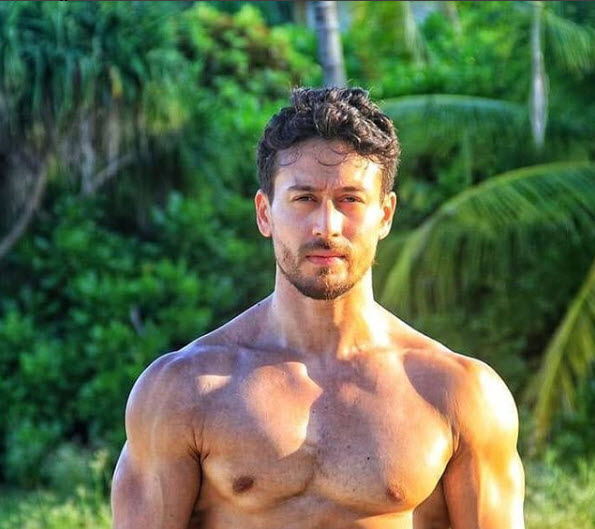 Today, on Tiger’s 30th birthday, his sweetheart gushed about him in a sweet Instagram post. Sharing a video of the two of them dancing to the Bang Bang! title track, she wished her ‘baagh’ the ‘happiest birthday’. Along with the video, she wrote, “This was our first dance block together, i was way too nervous and shy to dance next to you (ofcourse i couldnt do quite an impressive job, given the right excuses) happiest b’day baagh you will always be frightening to dance next to, thank you for being so difficult to match upto go crush it this weekend at the box office ronny @tigerjackieshroff.” Here is the video posted by her.

Disha also posted a picture of her handsome hunk, captured in the middle of one of his famous flying lunges, with the caption that says, “Happiest b’day 20 pack ab’s”. Tiger was also wished by his mother, film producer and Jackie Shroff’s wife, Ayesha Shroff. She posted an adorable picture of Tiger as a little kid and wished her baby boy with the most heartwarming caption: “Happiest birthday to my Tiger you are the best son a mother could be blessed with @tigerjackieshroff.” These throwback pictures and videos show how charming Tiger was even when he was a child. (You May Like: Krishna Shroff Kisses Her Boyfriend, Ebam Hyams And Compares Him With Fish In This Cute Picture) 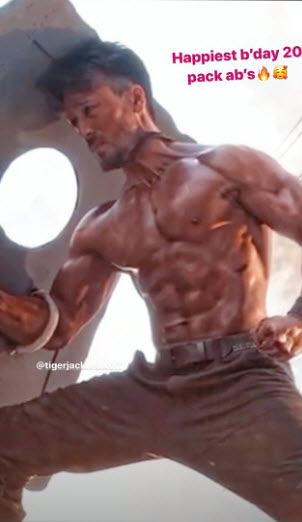 Tiger and Disha have been rumoured to be dating for over three years now, often caught on dinner dates together or beach vacations, but officially, they have maintained that they are just good friends. In an ‘Ask Me Anything’ series on his Instagram stories, Tiger had hilariously responded to a question about whether he was dating Disha with, “Meri aukaat nahi hai bhai”. The actor responded to Disha’s Instagram wish with the comment, “so cute thank u d”, followed by a heart. Today, Tiger is ringing in his birthday with a packed promotional schedule. The highly anticipated Baaghi 3, in which he co-stars with Shraddha Kapoor and Riteish Deshmukh, is all set to hit theatres on 6 March, 2020. Just a couple of days ago, Tiger also gave his fans a pre-birthday surprise as he unveiled the first look of the sequel to his debut film, Heropanti 2, calling it ‘special’. He had released the picture on social media with the caption, “This one is so special to me. Blessed and grateful to be carrying forward another franchise with my mentor sajid sir forward. #Heropanti2 #firstbaby.” (See Also: Taimur Ali Khan Helping Parents, Saif And Kareena At Their Shoot With A Blower Is Beyond Cuteness) 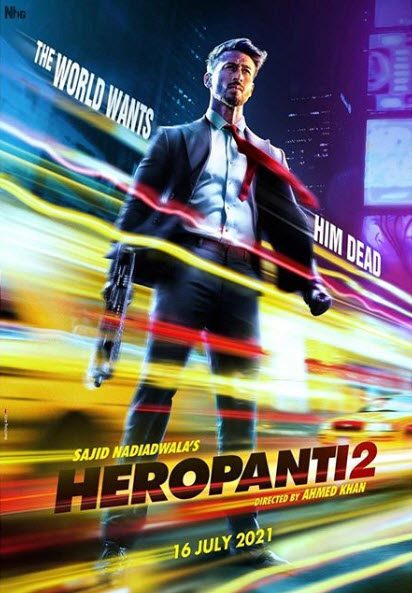 We wish Tiger the happiest of birthdays and can’t wait for him to show off his killer moves in Baaghi 3!