Are they dating? Are they not? So many things being written about them, dunno what’s right, dunno what’s wrong! But, like they say there’s no smoke without fire and afterall, looks can’t lie and nor do pictures! Yes, we are talking about the latest sensational couple in B-town, Ranbir Kapoor and Alia Bhatt who are reaching new heights in their ‘relationship’ with their newly found love for each other. (Also Read: Alia Bhatt And Ranbir Kapoor Went For An Intimate Lunch Date; Another Evidence To Rumoured Link-Up?)

Tell us frankly, as much as you speculate about their potential relationship, you would love to see them together as a couple, don’t you? And what if we take you back on our time machine to 2017’s Durga Puja and share a throwback video of Alia and Ranbir, all chatty with each other? Yes, we can certainly do that. Check out the videos first, descriptions later!

As you can see in the videos, Alia and Ranbir’s Brahmastra director and a close friend of the ‘couple’, Ayan Mukerji, is also there in the scene who is trying to help Alia get on to the stage where Maa Durga’s idol is placed. They are also seen performing aarti together and posing happily for pictures while dhaak continues to beat in the background. In the first video, you can see Alia and Ranbir engrossed in a deep conversation and Ranbir seems to be all ‘nod-dy’ at whatever Alia is saying. Aren’t they super adorable together? (Also Checkout: 10 Half-Sibling Jodis Of Bollywood And The Unusual Relationship They Share With Each Other) 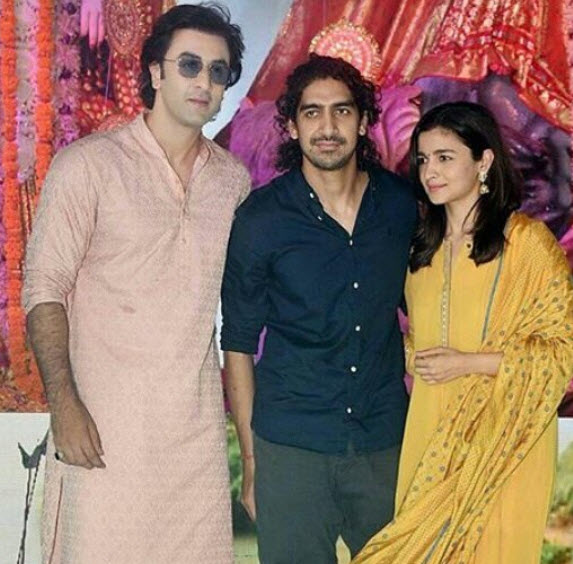 At one such recent interview, Ranbir almost confirmed that he and Alia are dating and shared that “it's too new”. He said to Filmfare, “It’s really new right now, and I don’t want to over speak. It needs time to breathe and it needs space. As an actor, as a person, Alia is – what’s the right word? – flowing right now. When I see her work, when I see her act, even in life, what she gives is something that I’m aspiring to for myself. It’s new for us, so let it cook a bit.” Also during the IIFA conference held in Delhi on May 2018, Ranbir was asked to speak on Alia’s huge crush on him. To which the Sanju actor said, “Well, I have a boy crush on her now”. 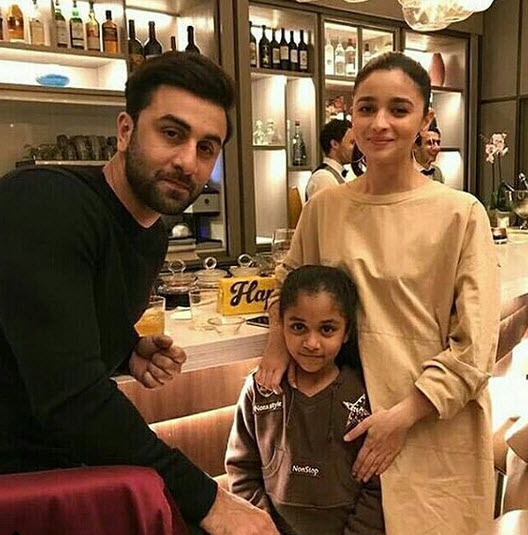 Also, Alia is reportedly mingling a lot with the Kapoor khaandaan. On June 10, 2018, Alia went on a dinner date with Ranbir Kapoor and his family. One of the cutest half-Kapoor-half-Sahni who also accompanied them was Ranbir’s niece, Samaira. Alia was seen twinning with Samaira in white and also holding her hand as she walked in at the restaurant. Well, need any further proofs guys? From ‘probable mom-in-law’ Neetu Kapoor posting 'awww’ comments followed by a love-struck emoticons in Alia’s pictures to ‘potential nanad’ Riddhima Kapoor Sahni gifting Alia, jewellery from her own brand, the Kapoors surely knows how to pamper their ‘bahus’! To Alia and Ranbir, you both beautifully complement each other! Why not make it official? To all the great readers, stay tuned with us to know more about Alia and Ranbir.

NEXT READ: Lovebirds Virat Kohli And Anushka Sharma Go Out For A Romantic Dinner Date [Video Inside]