Billionaires like Adar Poonawalla, Mukesh Ambani, Ratan Tata own luxurious assets. These private jets and yachts are everyday rides in the life of these Indian magnates. Check out!

India’s billionaires consist of a close-knit community of Indian businessmen from the Ambanis to the Poonawallas, who do not show off their wealth on social media. Neither are they spotted drinking daiquiris at the beach, nor do they get papped on the runways of their private airports. However, they do exist as other normal individuals except for the fact that they flaunt their Birkins, Birkenstocks and a slew of other over-the-top luxury assets whenever they step out. Apart from that, they may have taken a salary cut, but they never cut short on their travel luxury.

Well, with so much wealth and ever-increasing income, the crazy rich Indians very well know how and where to spend it. So, naturally, the billionaires and their families own the most lavish yachts and private jets. With multi-crore turnovers and businesses across the globe, these luxurious rides are both a vanity and a necessity for these tycoons. Needless to say, the business moguls have a slew of swanky vehicles parked in their expansive garage. And the story is no different when it comes to flying either. Let's take a look at the most lavish jets and yachts these individuals own in the country and abroad. 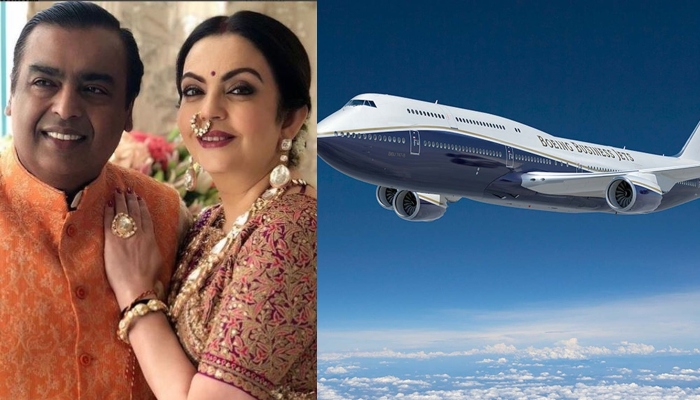 The richest man of India and Asia, Mukesh Ambani is the proud owner of the Boeing Business Jet worth Rs. 535 crores. According to the reports by The Economic Times, he gifted the lavish ride to his wife, Nita Ambani. The 1004 sqft of the aircraft is equipped with a private bedroom suite and a plush executive office and could easily pass as a flying hotel. Well, this isn’t the only private jet that the billionaire owns as his fleet also includes a Falcon 900EX jet and an Airbus 319. With a net worth of Rs. 7,18,000 crores, Mukesh Ambani owns the world’s most expensive home as well as the world’s most expensive private jet. 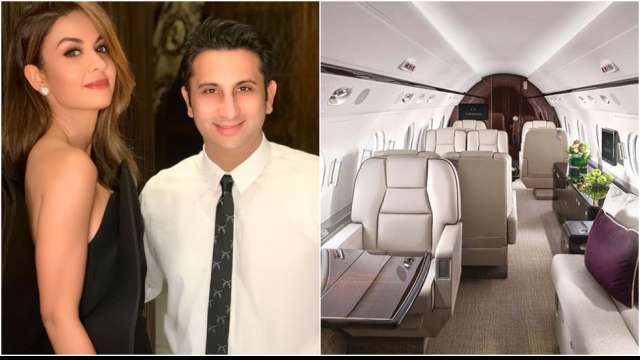 Titled as the Vaccine Prince of India, Adar Poonawalla has been garnering a lot of limelight ever since his company, Serum Institute India’s coronavirus vaccine, CoviShield was approved. The tycoon not only owns a range of luxurious properties but also loves to ride in style, as well as fly in lavish rides. With a net worth of approximately 90,000 crores, Adar Poonawalla owns a private jet, the Gulfstream 550. While he hasn’t been often spotted in the international circuit, his glamorous wife, Natasha Poonawala has been travelling to the fashion events like The Met Gala, Cannes and Milan Fashion Week on their family Airbus A320. In an interview with ET, Poonawalla had said:

“With a 13-hour range, it can take me to anywhere in the world with a single halt. The plane can also come in handy when I crave continental food and in case I want to fly in Michelin star chefs to cook for my friends and me.” According to a report in the Economic Times, the business mogul, Ravi Ruia owns the magnificent yacht named Sunrays. The multi-purpose yacht boasts a suite on the upper deck and an adjacent VIP suite with fold-down sea balconies. It also hosts a whirlpool and sunbathing area and can accommodate up to 16 guests on the main deck. Additionally, the large dining room can be converted into a video conference room with the optional use of the adjacent library. According to a description of the yacht on Oceanco’s website, it had stated:

“The upper deck is given over to the owner’s suite and an adjacent VIP suite that can be combined to create one expansive living area. Both suites have fold-down sea balconies. The owner’s exterior foredeck hosts a whirlpool and sunbathing area. The remainder of the yacht’s accommodations for up to 16 guests is on the main deck with one VIP stateroom and four guest cabins.” 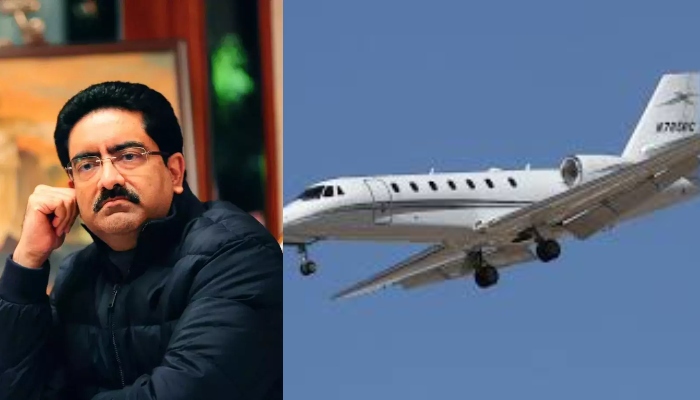 The head of the Aditya Birla Group, Kumar Mangalam Birla owns two extravagant jets, namely Cessna Citation and Gulfstream G100. The Citations are known worldwide for their craftsmanship and for building the best private jets across the planet. Given the expansive nature of his business, he is required to travel to different countries every now and then. To ensure that he travels in absolute comfort, Birla is often spotted taking rides in his luxurious private jets. A blog published by an apparel brand, owned by the Aditya Birla Group, had documented the private jets owned by Birla, the Group’s chairman. It had stated:

“Few people know that this sharp, business-minded entrepreneur also has a sweet tooth, when it comes to sweet flying machines, with his Gulf Stream (G100) and Cessna Citation...It’s believed that Citations are the world’s most established, well-liked and most trusted fleet of business jets. The jet has high-tech design of pilot-friendly flight decks and luxury cabin interiors. Birla is often spotted taking a ride in his luxurious aircrafts.” 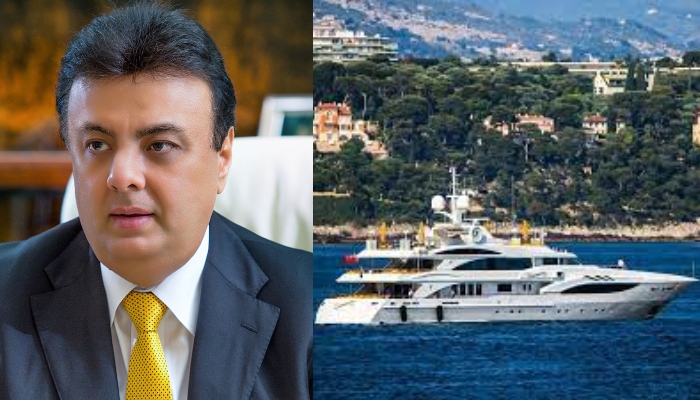 The Dubai-based billionaire and the head of the Stallion Group, Sunil Vaswani, is a popular name on the list of rich Indians. The businessman owns Platinum with the logo of the Stallion Group etched on the yacht’s exterior. Reportedly, the lavish yacht is usually stationed in the Mediterranean sea. However, in 2019, it was also spotted at the French Riviera at the time of the Cannes Film Festival. Sunil Vaswani, who is considered to be one of the richest Indians in the Gulf Cooperation Council countries, was once described as the one “who lives on multiple continents and sails the Mediterranean each summer in an all-purpose luxury yacht”. 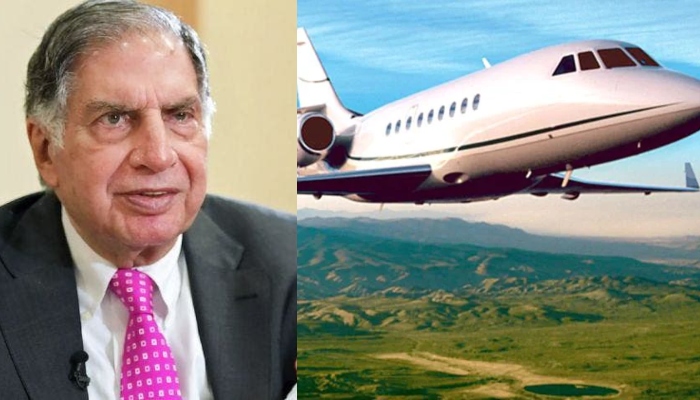 According to the reports in Economic Times, Ratan Tata owns the lavish Dassault Falcon 2000 private. However, the most interesting part of his private jet is that he is also authorized to fly the luxurious aeroplane. The compact beast boasts a twin engine and was assembled by a group of expert French engineers. Ratan Tata’s love for aviation and luxurious assets is an open secret. Interestingly, he is perhaps one of the few billionaires in the world who not only owns a private jet but also flies it. A report in the Economic Times had stated:

“A lot of people know that Ratan Tata owns a Dassault Falcon 2000 private jet but, what they do not know is that since Tata is a trained pilot, he even flies his own private jet and other jets owned by the Tata group.” 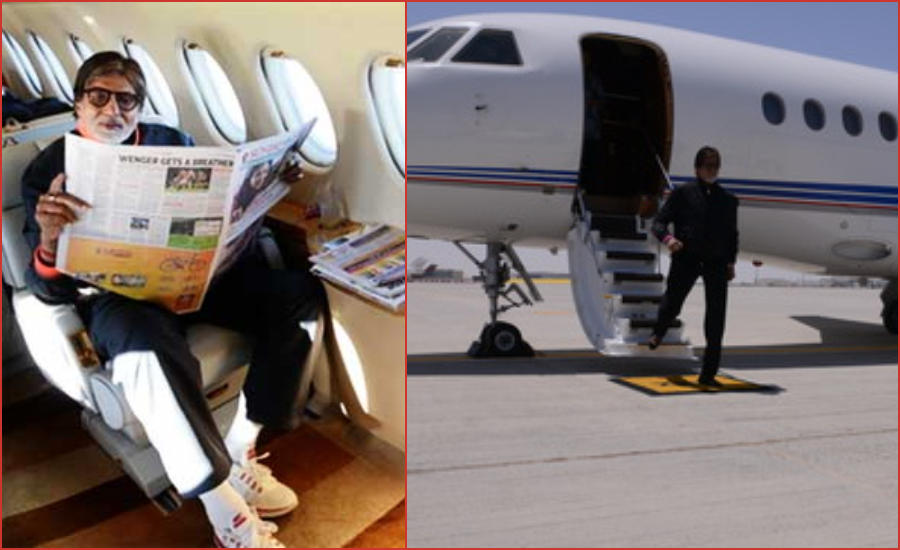 One of the richest families of Tinseltown, the Bachchans have often been spotted getting in and out of the plushest private jets. And yet, just like other Indian celebrities, they have never stated if they own or rent these private planes while flying to and from location shoots. The net worth of the Bachchan family which boasts four superstars is roughly around Rs. 2,950 crores. And with that much wealth, Big B likes to travel in his own private jet, which had cost him around Rs. 260 crores. So, be it work commitment or a family getaway, he travels in style in his private jet with his family. Perhaps that's the reason why he doesn't make an appearance at the airport. CEO of ArcelorMittal and India’s biggest steel magnate, Lakshmi Mittal is the proud owner of the Amevi yacht for nearly 7 years now. According to ET, it was in 2014 when he was first spotted with it in Mykonos, Greece. The 262-feet-long mega-yacht comes at a whopping amount of Rs. 2,000 crores. Known as Amevi, the lavish yacht features sun decks, a gym, spa and massage room, a hairdressing salon, a theatre, and a stabilised pool table. The report claims that it is a supremely luxurious water vessel that sets the London-based Indian businessman by a whopping Rs. 281 crores. Moreover, reports also claim that even before taking a trip, Mittal spends around Rs. 20 crores annually just to keep the thing parked.

Apart from swanky cars and sprawling homes, the luxe class of India surely enjoys travelling in extravagant rides between earth and heaven.