The bride wore a traditional yet simple lehenga in red colour from the designer, Sabyasachi Mukherjee. She looked regal in her wedding outfit.

Ace designer, Sabyasachi Mukherjee never disappoints us with his collection. He indeed has a collection created according to everyone’s taste. From simple lehengas to embellished outfits, Sabyasachi’s bridal collection is to die for. And for many, it is a dream to wear his creation. Atop that, his dresses always stand out and become a style statement.

While many brides opt for a dazzling and heavy lehenga and choli set for their D-day, there are also a few brides who keep their look subtle. They like simple outfits as compared to heavily embellished ensembles. Similarly, we have come across a bride who chose a plain red outfit for her grand day.

From Pahadi To Malayali, Every Wedding Ritual And Custom In India

Suggested Read: Bride Flaunted A Stone Studded White Lehenga From Her Label, Dazzled In Diamonds On Her 'Nikaah' The bride, Akanksha decided to become a Sabyasachi bride on her special day. She wore a Sabyasachi Mukherjee bridal outfit on her wedding day, which consisted of a deep red lehenga-choli set with double dupattas. The lehenga did not have any embellishments on it but a beautiful gold sequinned border at the hem of the lehenga. 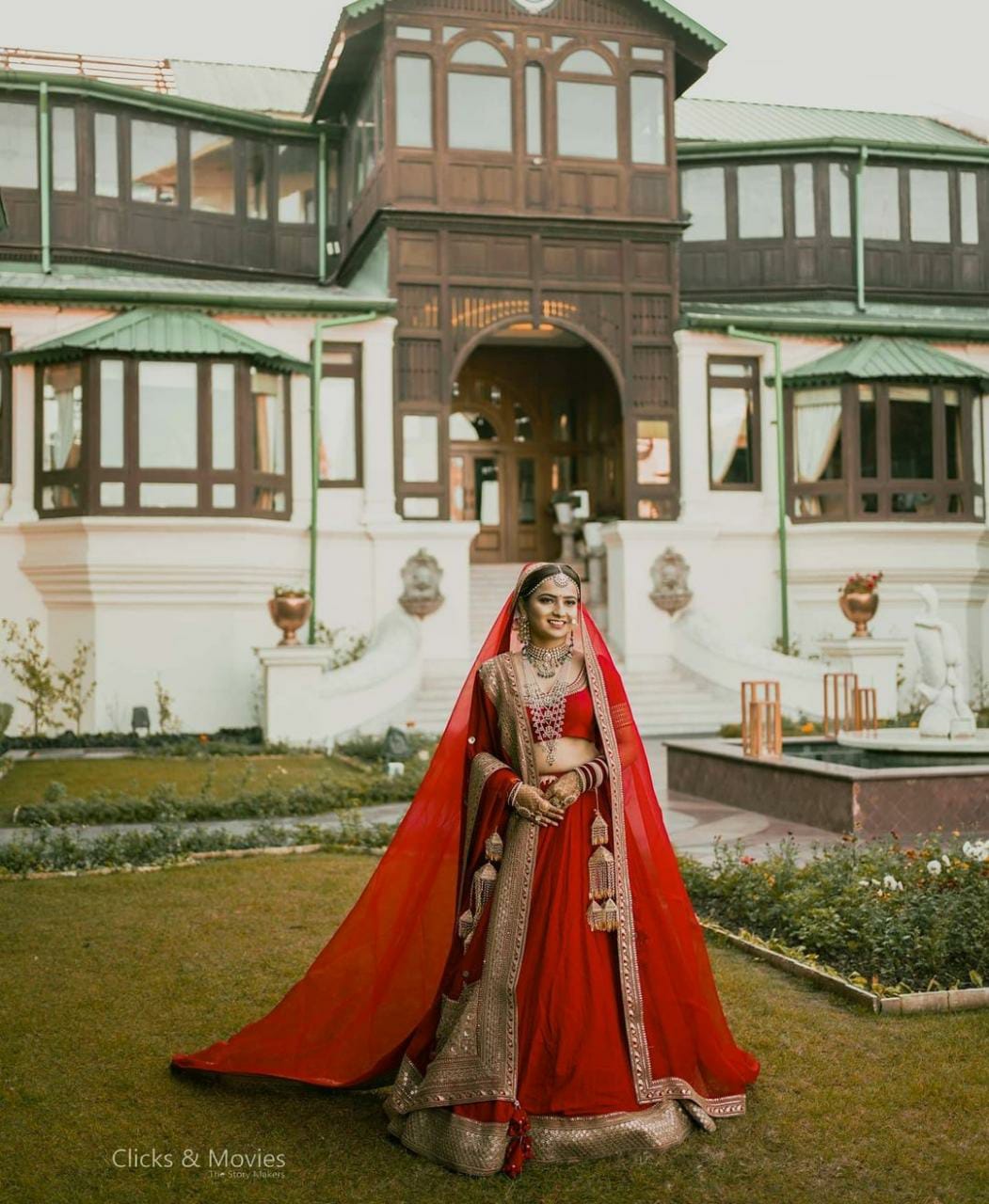 Akanksha donned a half-sleeved blouse with it and followed the trend of draping double dupattas. She had attached one dupatta on her shoulder and the other over her head. Even with such a simple outfit, Akanksha had looked utterly beautiful. 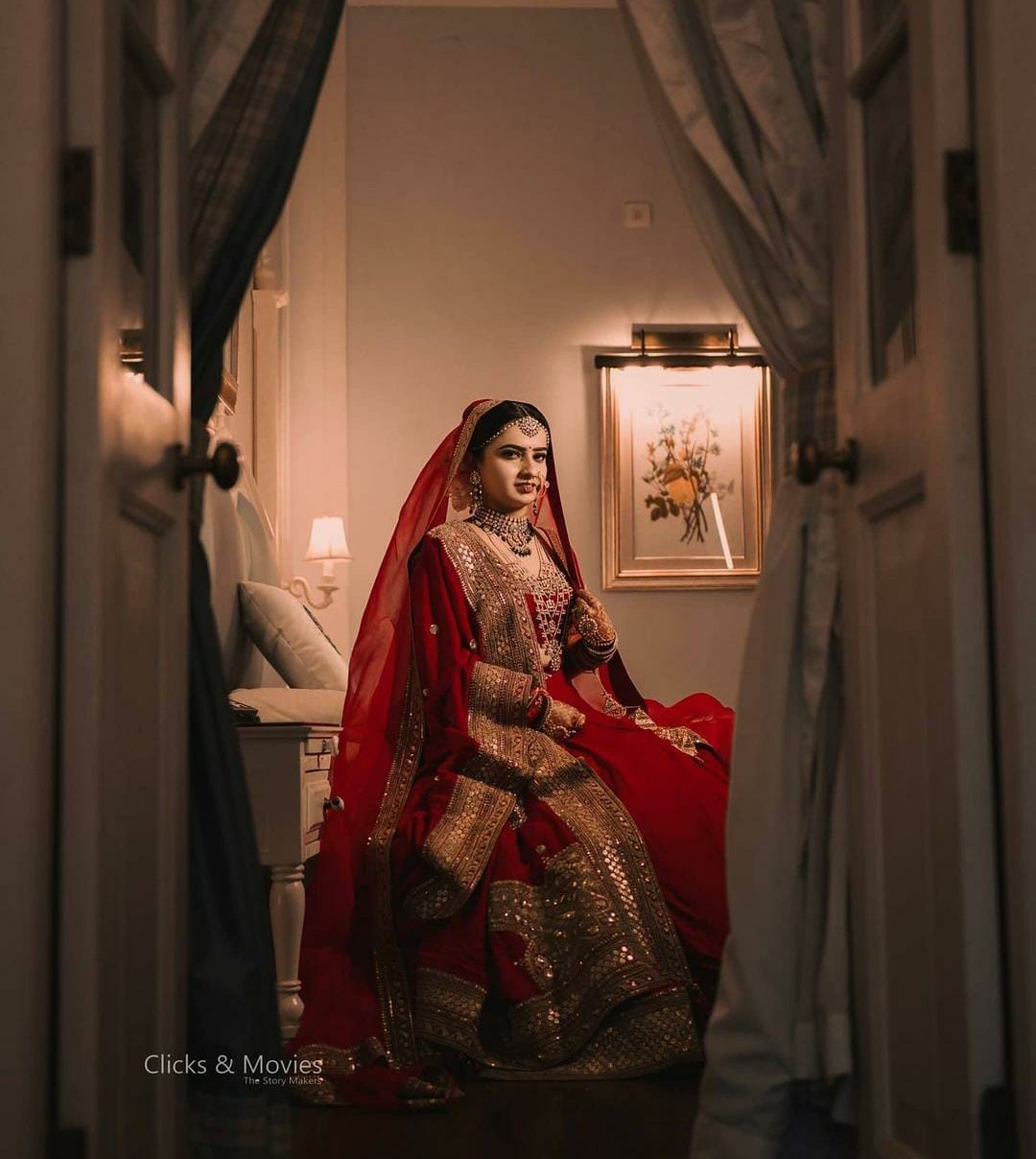 To add to the glamour, the bride had accessorised her minimalist ensemble with heavy jewellery. She had paired it with two heavy necklaces, a thin matha-patti, emerald earrings and a nath. Along with it, she had worn dazzling haath phool, with the traditional bridal chooda, and golden kaleeras. 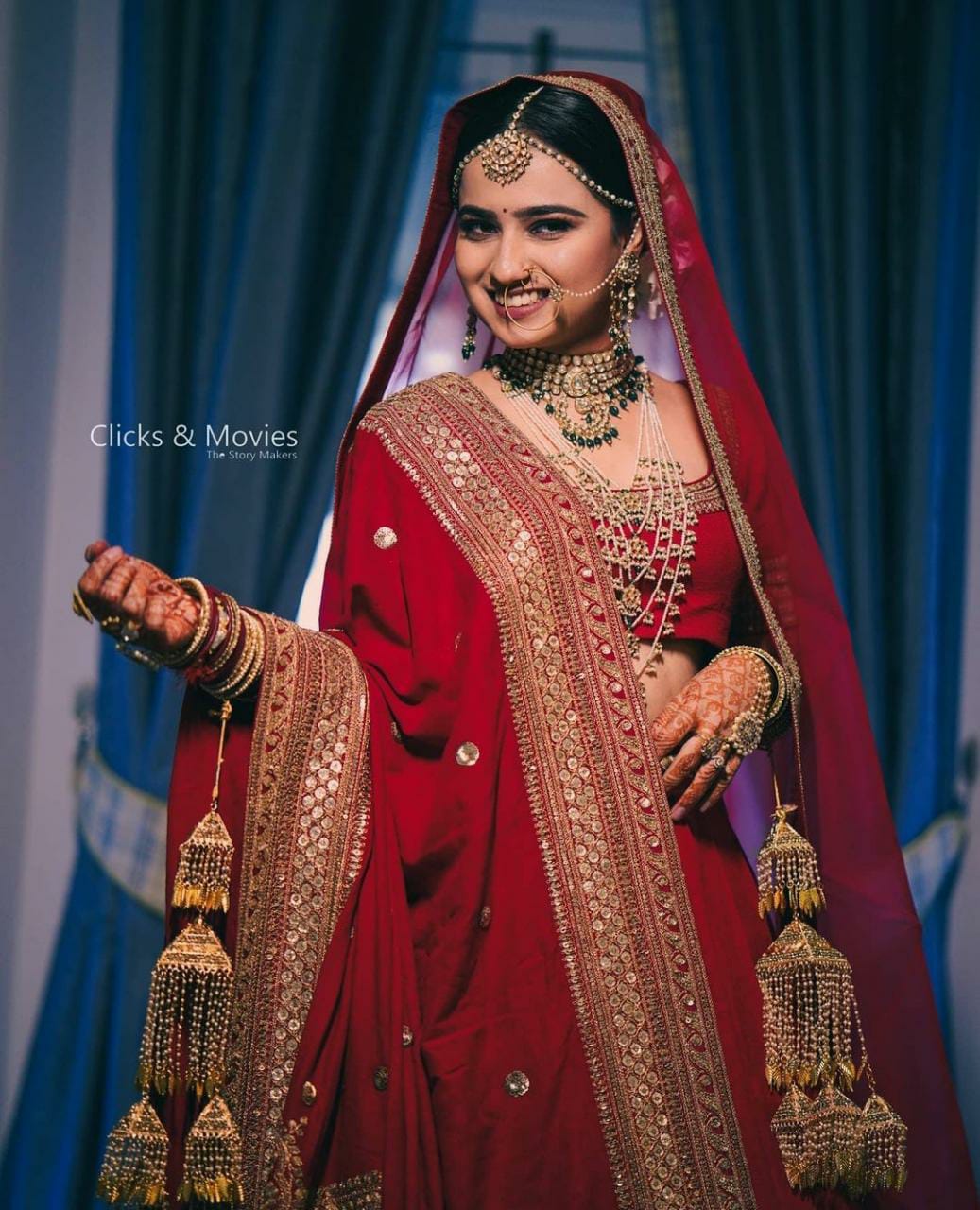 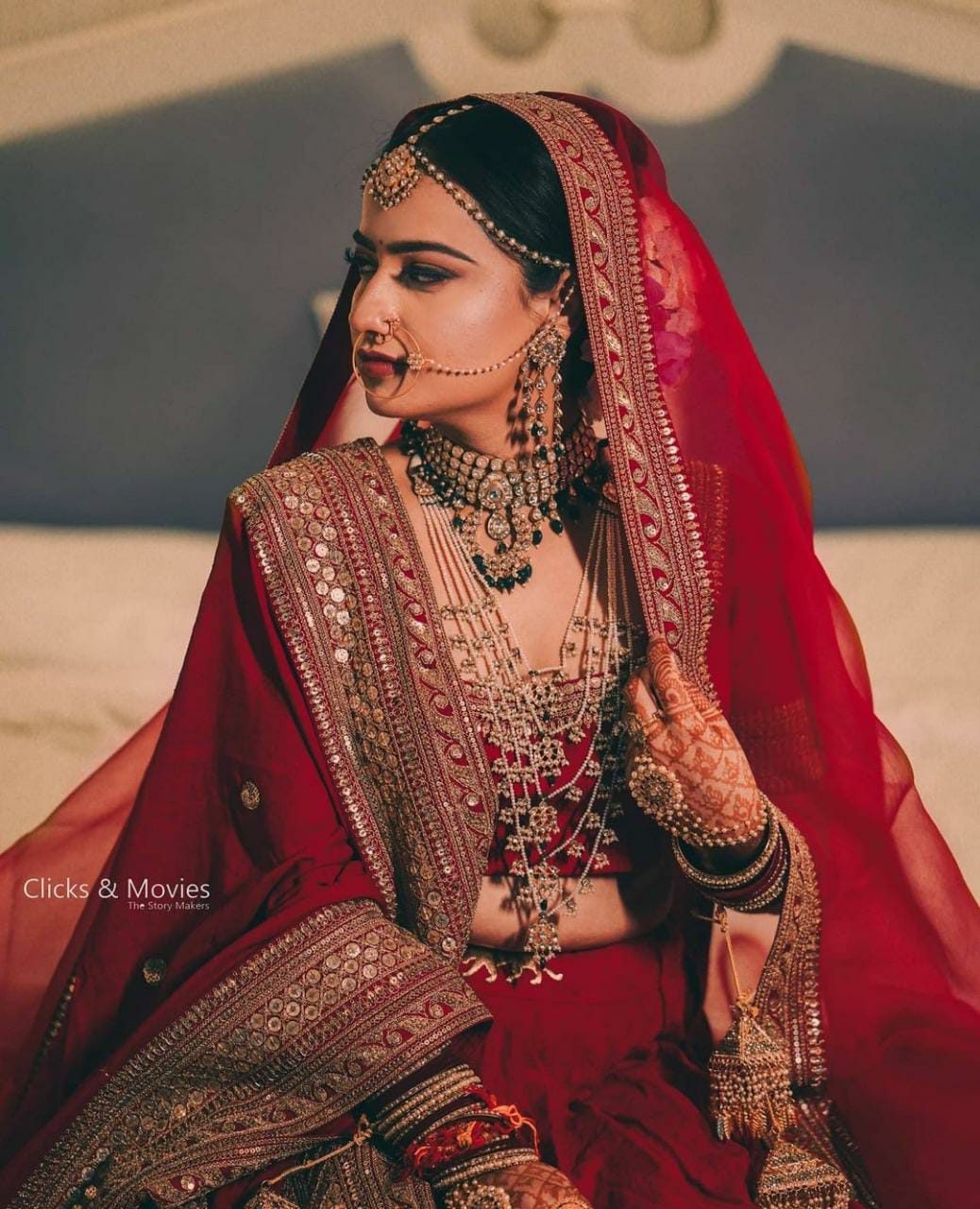 Whereas the groom had donned a white sherwani which had intricate designs made from red thread. He had paired it with a plain pyjama. Alongside it, he had worn a maroon pagdi and doshala. Both Akanksha and her groom had looked perfect together in their minimal yet majestic ensembles. They definitely make a beautiful couple together. The wedding destination they had chosen was surreal, it had taken place at the famous hill station, Mussoorie, Uttrakhand. The couple had tied the knot and had started a new journey together at the Welcome hotel, The Savoy. 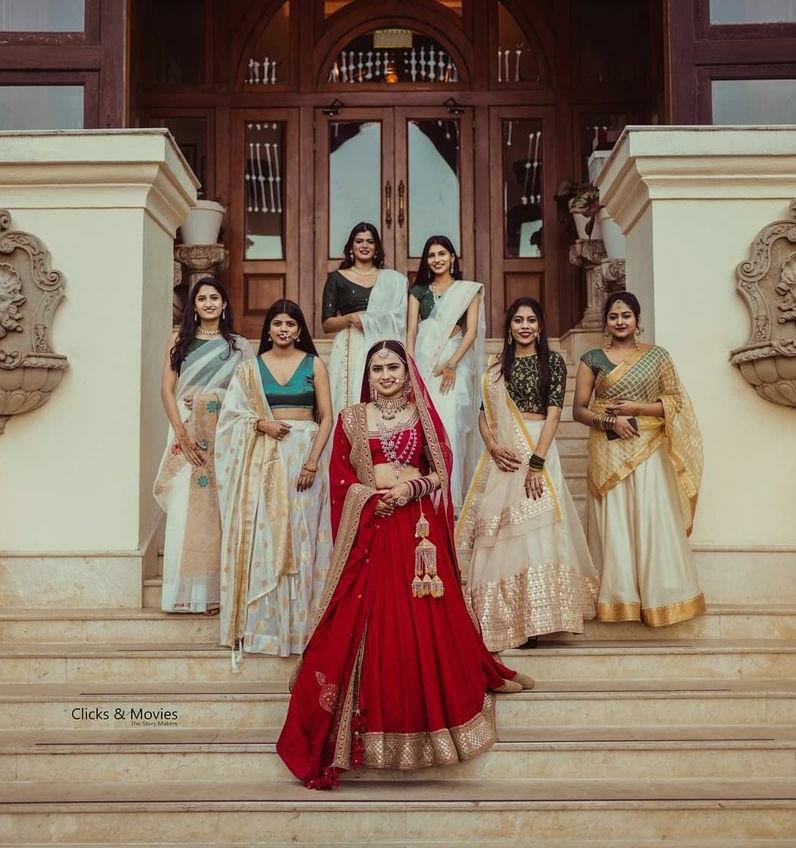 On October 16, 2021, the bride, Akanksha had got featured on Sabyasachi’s official Instagram page, 'Brides of Sabyasachi'. On seeing the stunning pictures of the bride on the Sabyasachi’s Instagram handle, the comment section had got flooded with women asking for the price of her outfit and had begun complimenting her. We wish the couple a happy married life!

Read Next: The Bride Wore Abu Jani-Sandeep Khosla And Manish Malhotra Outfits For All Her Wedding Ceremonies

From Pahadi To Malayali, Every Wedding Ritual And Custom In India