A tattoo is forever. It doesn't fade away with time. It stays with you till you die. Don't we all want relationships like that? Something that stays with us at every point of our lives? A person thinks a thousand times before they decide to let someone draw something permanent on their body.

That ink is not just a decorative piece but shows the level of commitment to an idea or thought. This is why some people get the name of their spouse/partner inked on their body. Some of our television celebrities too, expressed their love to their partners in the form of a tattoo. You should check out their gorgeous inks.

When Actress Prarthana And Husband Got Their Wedding Date Tattooed, After An Arranged Marriage 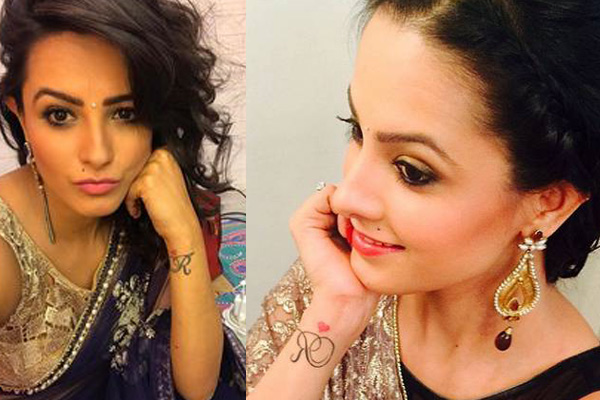 Anita and Rohit make a picture-perfect couple. These two got married on October 14, 2013 in a traditional South Indian manner. Since then, they are always busy doing something fun. To show her love to her husband, Anita got Rohit's initial letter 'R' inked on her left wrist. It's in a stylish font and also has a cute little heart on the top of the letter. 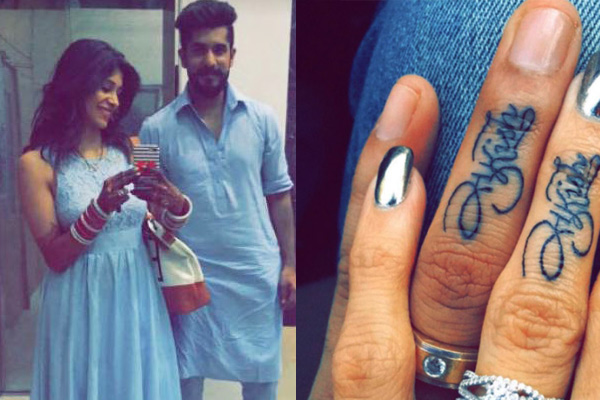 Suyyash Rai loves to get inked. He owns various beautiful and meaningful tattoos. He is a dog lover, a musician and, a lovely son and his tattoos are dedicated to everything he feels for. This is only natural that he has one dedicated to the love of his life, Kishwer Merchant. To celebrate their wedding, Suyyash got a tattoo, dedicated to their couple name SuKish, inked on his ring finger. Just like her husband, Suyyash Rai, Kishwer is a tattoo enthusiast too. She has many beautiful tattoos, including the one thanking the world. Kishwer has the same tattoo that Suyyash does. The couple got the tattoo done together as a wedding gift for each other. She also has SuKish written on her ring finger. 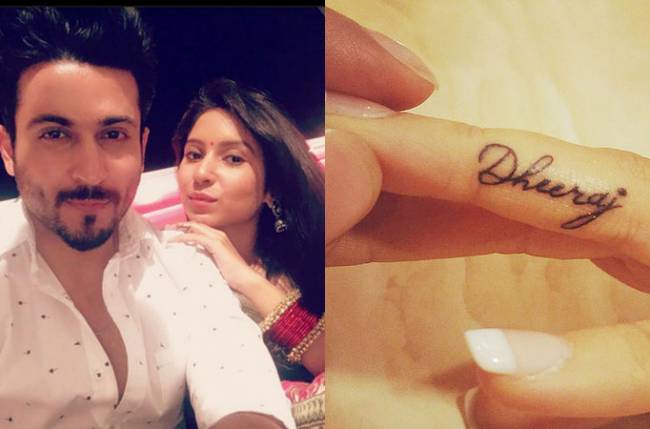 Vinny Arora Dhoopar and Dheeraj Dhoopar had one of the most stylish weddings last year. From their vogue pre-wedding photoshoot to gorgeous wedding attires, they had fashion on fleck. To surprise her husband on her first Karva Chauth, Vinny decided to do something different. So, she got his name inked on the side of her ring finger. Akashdeep Saigal, aka Sky, started his telly journey with Kyunki Saas Bhi Kabhi Bahu Thi. He was one of the most promising actors but lost his charm in the coming years. However, he is still pretty famous for his stint at the Bigg Boss house and his relationship with Pooja Bedi. The couple dated for two years after leaving the Bigg Boss house. During that time, Akashdeep got the name of his then-girlfriend inked on his bicep. He still hasn't removed that.

Don't Miss: 8 Famous Celebrities Who Flaunt Tattoos That Are Dedicated To Their Kids 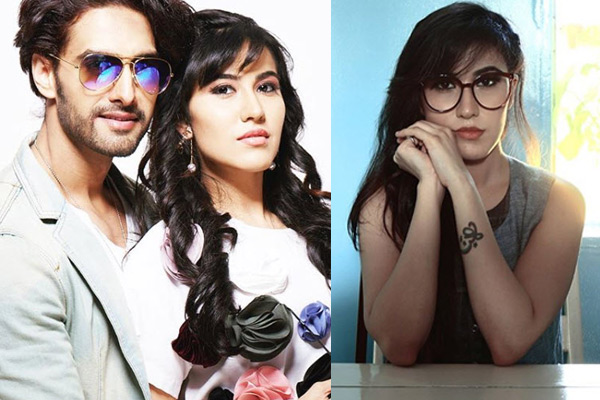 Sheena Bajaj is known for various roles and also for the way she expresses her love. This girl doesn't believe in hiding anything, especially when it comes to love. She surprised her boyfriend, Rohit Purohit with a tattoo for Valentine's day. It's a heart-shaped tattoo with 'R' written in it. 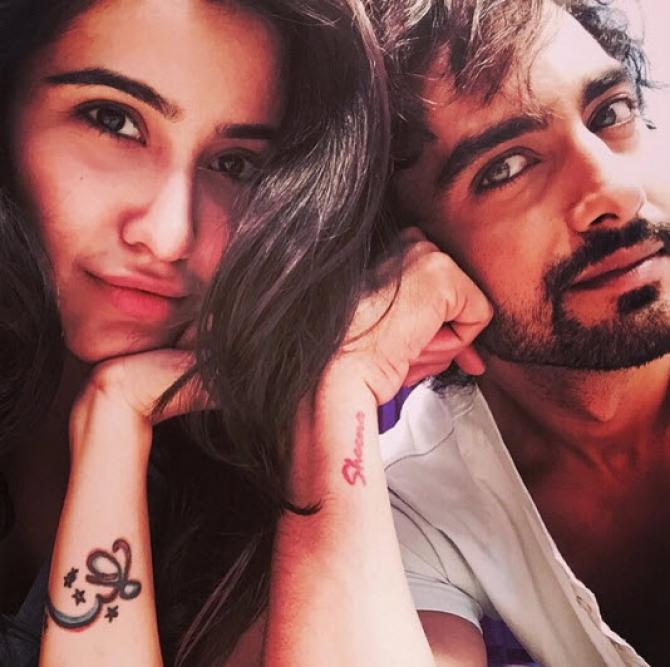 Rohit Purohit shot to fame following his role as Altunia in Razia Sultan. He met Sheena on the sets of the serial, and the two started dating. After two years of dating, Rohit got the name of his girl tattooed on his wrist. He loved to flaunt this particular ink. 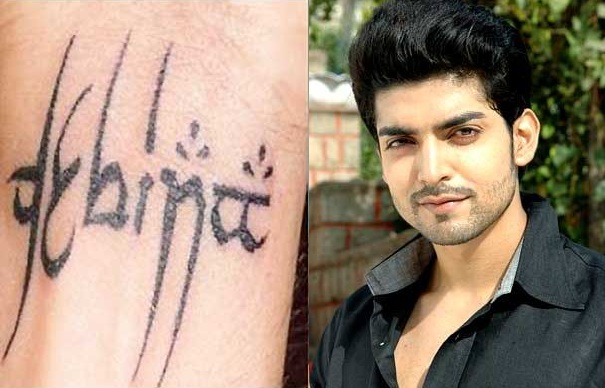 Ram and Sita of the Indian television, Gurmeet and Debina make an adorable couple. The couple had an intimate wedding and the two are always expressive about their love for each other. Before the couple tied the knot, Gurmeet got the name of his future wife inked on his wrist. 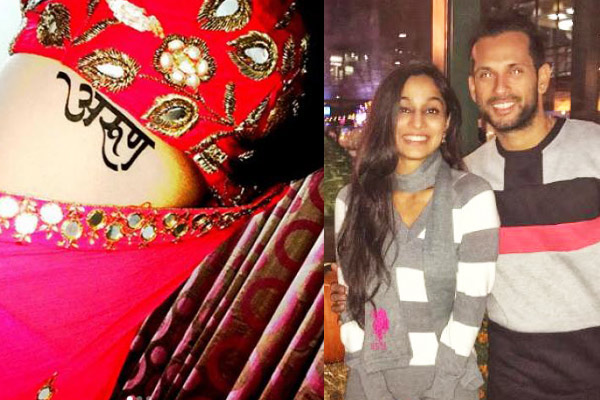 One of the famous television actresses and Navya fame, Somya Seth, secretly got engaged to her boyfriend, Arun Kapoor (who happens to be a UK-based filmmaker) in 2016. Just like her engagement, her wedding was, too, an intimate affair that reportedly took place sometime in January 2017. To express her love for hubby dear Arun, Somya got inked his name in Hindi on her waist. She shared the snap flaunting it and captioned, “It’s the little things in life...#myoneandonly #mytatto #firsttattoo #socrazyinlove #kindasexy #celebratinglife #celebrating love of my life.” They make one of the cutest couples from the small screen. We are talking about none other than the one and only ex-Bigg Boss contestants, Prince Narula and Yuvika Chaudhary. While Prince already fell for her on the show, Yuvika took her own sweet time to say yes to him. Now, that the two are married, they leave no stone unturned to show their love for each other on social media. Prince has got Yuvika’s name in Hindi inked on his back of the neck.

Black or colourful, big or small, bold or italics; it doesn't matter which font or style they flaunt, all of these celebrities have really amazing tattoos which are dedicated to their respective spouses. They have shown that it is one of the best gifts that you can give to someone you love. We hope that their love is just as permanent as their tattoos.

When Actress Prarthana And Husband Got Their Wedding Date Tattooed, After An Arranged Marriage