Tejasswi Prakash sparked the rumours of her engagement with beau, Karan Kundra as she flashed her giant diamond ring on her finger. Check it out!

Tejasswi Prakash is one of the most beautiful actresses in the television industry. Moreover, her bubbly and lively nature has etched a special place in millions of hearts. The actress has made a name for herself in the glamour world courtesy to her excellent acting skills. Apart from showing her acting talent in television shows like Silsila Badalte Rishton Ka, Rishta Likhenge, Pehredaar Piya Ki, Swaragini and Naagin 6, Tejasswi has also been part of the most popular reality shows, including Bigg Boss 15 and Khattron ke Khiladi.

Besides her professional life, Tejasswi often grabs attention because of her personal life. Her romantic relationship with Karan Kundra has often made it to the headlines. For the unversed, Tejasswi Prakash and Karan Kundra fell in love with each other on the reality show, Bigg boss 15. They are one of the most adorable jodis in the TV industry, and the fans eagerly wait to see them get married. Amid all this, Tejasswi has created curiosity about her engagement by dropping pictures of herself on her IG handle.

Also Read: Ranveer Singh Breaks Down Into Tears After Getting Best Actor Award, Plants A Kiss On Wife, Deepika "Big Day! It's a YESS when the ring is so dreamy. I'm in complete awe with how pretty this ring looks from @ornaz_com Swipe left to have a closer look of my stunning Diamond Ring Checkout @ornaz_com for their customisable collection of diamond engagement rings for making your proposal special or celebrating a milestone moment." 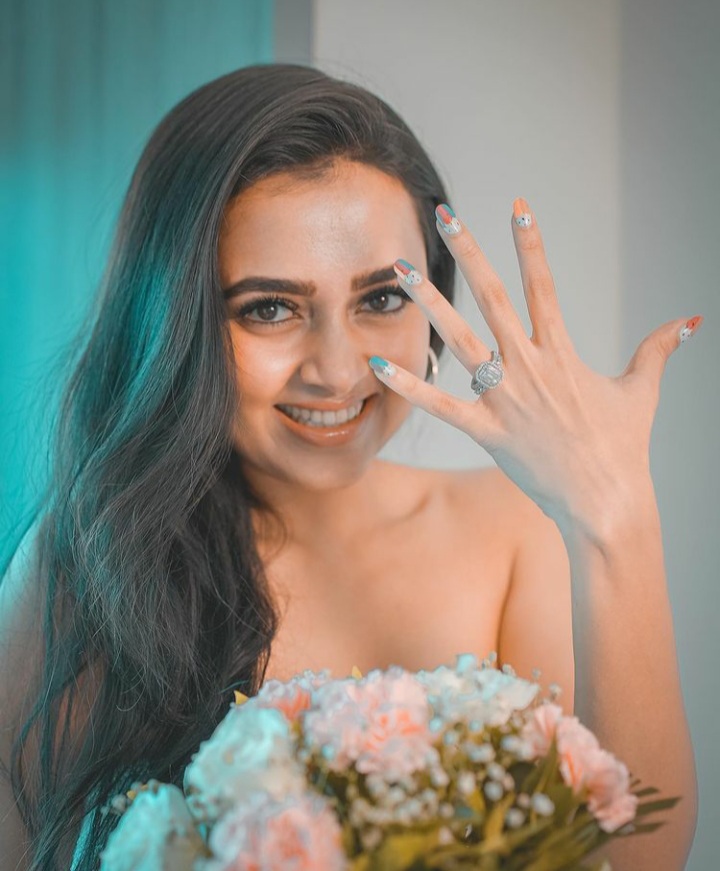 The picture came as a surprise to her fans and friends from the industry. Soon after Tejasswi shared the pictures, her comment section got flooded with love-filled wishes. Her Naagin 6 co-star, Mahekk Chahal congratulated her. congratulated her. Actor, Arjun Bijlani also wished Tejasswi. Check out their comments:

However, amidst everyone's comments, her beau, Karan Kundra's comment on his girlfriend's post caught our attention. Breaking the hearts of his and Tejasswi's fans, Karan dismissed the speculations about their engagement. He commented on Tejasswi's picture and said that this stunt of her flooded him with so many wishes that his WhatsApp broke. His comment can be read as :

"Babe you broke my whatsapp, it's an #Ad nincompoops." Karan Kundra and his ladylove, Tejasswi Prakash keeps mesmerising everyone and grabbing attention for their cutesy PDA moments. Earlier on September 3, 2022, Karan Kundra had taken to his IG handle and shared pictures of himself and his girlfriend, Tejasswi Prakash. The much-in-love couple looked extremely adorable together. In the pictures, the duo shared a kiss as they walked on two different elevators. Sharing the pictures, Karan had written:

"The moment that broke the Internet." 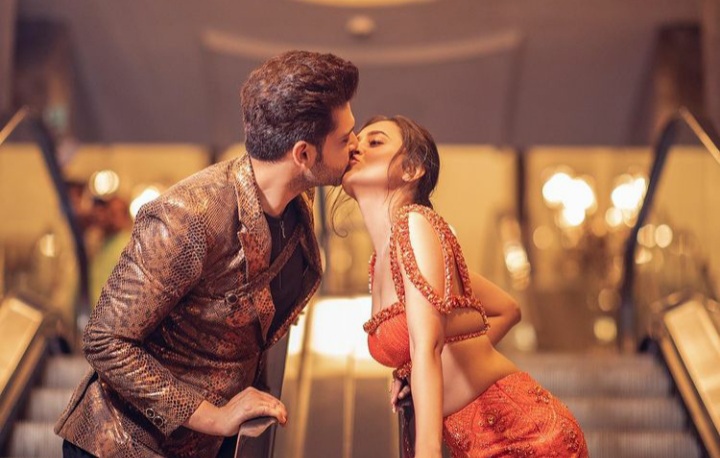 A while ago, on August 16, 2022, Tejasswi Prakash had taken to her IG handle and shared pictures of herself along with her beau, Karan Kundra. Atop it, she even penned a heartfelt note for him. Thanking Karan for being who he is, Tejasswi had written:

"Fragile like glass are some of the perfect things you do without knowing they are being done. Thank you for being you @kkundra." Well, we, along with the Tejran fans, are eagerly waiting for their marriage.