Taimur Ali Khan was born on December 20, 2016, and since then, he has been ruling the internet like how! He is not just another Bollywood celebrity kid, but much more than that. Born to star parents- Saif Ali Khan and Kareena Kapoor Khan, Taimur is always surrounded by the paparazzi when not inside the four walls of his home. (Suggested Read: Alia Bhatt And Ranbir Kapoor's New Photo From The Sets Of 'Brahmastra' Is All About A Happy Selfie)

Taimur's popularity and the hovering media around him let us catch the first glimpses of this cutesy wonder kid. And Taimur's latest pic is all about father-son love. Yes, Taimur Ali Khan was snapped outside his home stationed on his father, Saif Ali Khan's shoulders kissing his football, and it couldn't have more cute. Take a look:

It seems that Taimur was on a sports date with his father, Saif. Take a look at the following picture of Taimur playing the football earlier:

Every time Taimur's pics surface online, the internet goes crazy. Recently, Kareena, Saif and Taimur welcomed New Year 2019 in Gstaad, Switzerland. With snow play and skiing in the lap of Swiss Alps, their New Year pictures from Switzerland will make you want to pack your bags and head off to the world tour. Take a look at Kareena, Saif and Taimur's New Year pictures from Switzerland: (You May Like: Virat Kohli-Anushka Sharma's Fans Go 'Oh God' As They Spot The Couple In Melbourne [VIDEO])

With Taimur, how is travelling like now? Saif answered this question to media portal, and said, "Despite having the idea of trying different things, we’ve ended up (and my wife is quite annoyed about this) going to the same places and doing the same things every year—London in summer, Gstaad in winter, with some parts of India, like Rajasthan and Pataudi, in between. We would have liked to go to more places in Italy and France—and we will. But you know, there is also something comforting about going to the same places, because the people know you and the hotel feels like home. With Taimur, we also end up travelling with a bit of an entourage. We never travelled light, but after Taimur, we travel even heavier." Kareena Kapoor was asked to comment on Taimur's growing popularity, and she had recently said, "Taimur can’t run away from his popularity and neither can his parents. When I saw the doll, I wondered what was I supposed to say. But Saif pointed out that it is because people love him so much and such things are a blessing for him. There is so much genuine warmth for our son that it’s bad to stop people from clicking his pictures or making his dolls. But, they should understand that he is a two-year-old child and needs a normal life. Both Saif and I are struggling to give him that and will continue to do so without telling the media to back off, no matter how annoying it gets after a point. It’s tough on him as it’s on Saif and me." (Don't Miss: Malaika Arora Writes 'Take Me Back' On Instagram And Arjun Kapoor Has An Interesting Reply To It) You must be in all awww seeing Taimur's latest pic with his father, Saif, right? 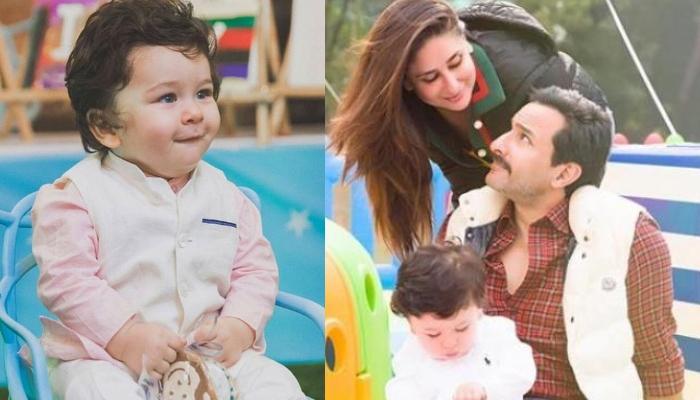