A father teaches his son how to be tough, but it is the mother, who shows him how to win hearts! Scroll down to see how Kareena Kapoor Khan lessons her little wonder to win hearts!

Moms not only teach us about life, but they also make sure when life throws a challenge we know how to ace it. And when it comes to a lesson on fashion, trust none other than the stylish mom and son duo - Kareena Kapoor Khan and Taimur Ali Khan. There is never a dull day in the style files of Kareena and our favourite Tim, and thanks to shutterbugs we get our lessons on time.  (Recommend Read: Unseen Picture of Radhika Merchant From Her Graduation Ceremony Where She Couldn't Stop Laughing)

Kareena is a true style maven, who never needed tonnes of stylist behind her to perfect her every outing look. Style comes naturally to her and her baby boy, Taimur has got it all from her. Recently, when mommy Kareena won a style icon award at Hindustan Times Style Awards, she dedicated it to her son, who she thinks is the most stylish man on the entire earth. And well, we all agree with her. On May 17, 2019, we spotted the cutest mommy-son duo giving us summer fashion tips. Yes, Kareena and baby Tim twinned in a classic pair of a white tee and blue denims. While Taimur looked gorgeous in shorts, Kareena donned a pair of rugged denims. She finished off her look with a pair of sunnies and a top-knot bun. However, it is baby Tim's cuteness that has again made headlines. We got hold of a video, wherein, Taimur can be seen playing peek-a-boo through window with paps. Take a look at the adorable video and pictures below:

Coming back to Taimur and his insane fan following, his parents often find it difficult to handle. Recently, when daddy Saif Ali Khan made an appearance on Arbaaz Khan’s chat show, Pinch by Arbaaz Khan. He was invited with the question of Taimur’s Bollywood debut, to which Saif had said, “Everyone I speak to, everybody around thinks that all the kids want to join films and they do. Most of our kids want to do that which is a good thing, a great thing but I don't know why I am a little concerned about that. I feel there should be other choices...somebody might want to say I want to become a doctor or a lawyer kind of stuff. Maybe I am sounding very old-fashioned but anyway, I am not interested in making his debut in Bollywood and neither is he (laughs).” (Also Read: Deepika Padukone's Witty Reply When Anisha Padukone Said She Can't Pronounce 'Cannes' Correctly)

In the same chat show, Saif had also talked about his kid and the media circle surrounding him. He had shared, “It would be so nice to live in a culture that allowed children to be children. Play in a park and do what he wants...without being a celebrity. Even he has started saying ‘media’. I say where’s the media and he points outside. All of our kids want to join films and I am a little concerned about that. I feel there should be other choices.” 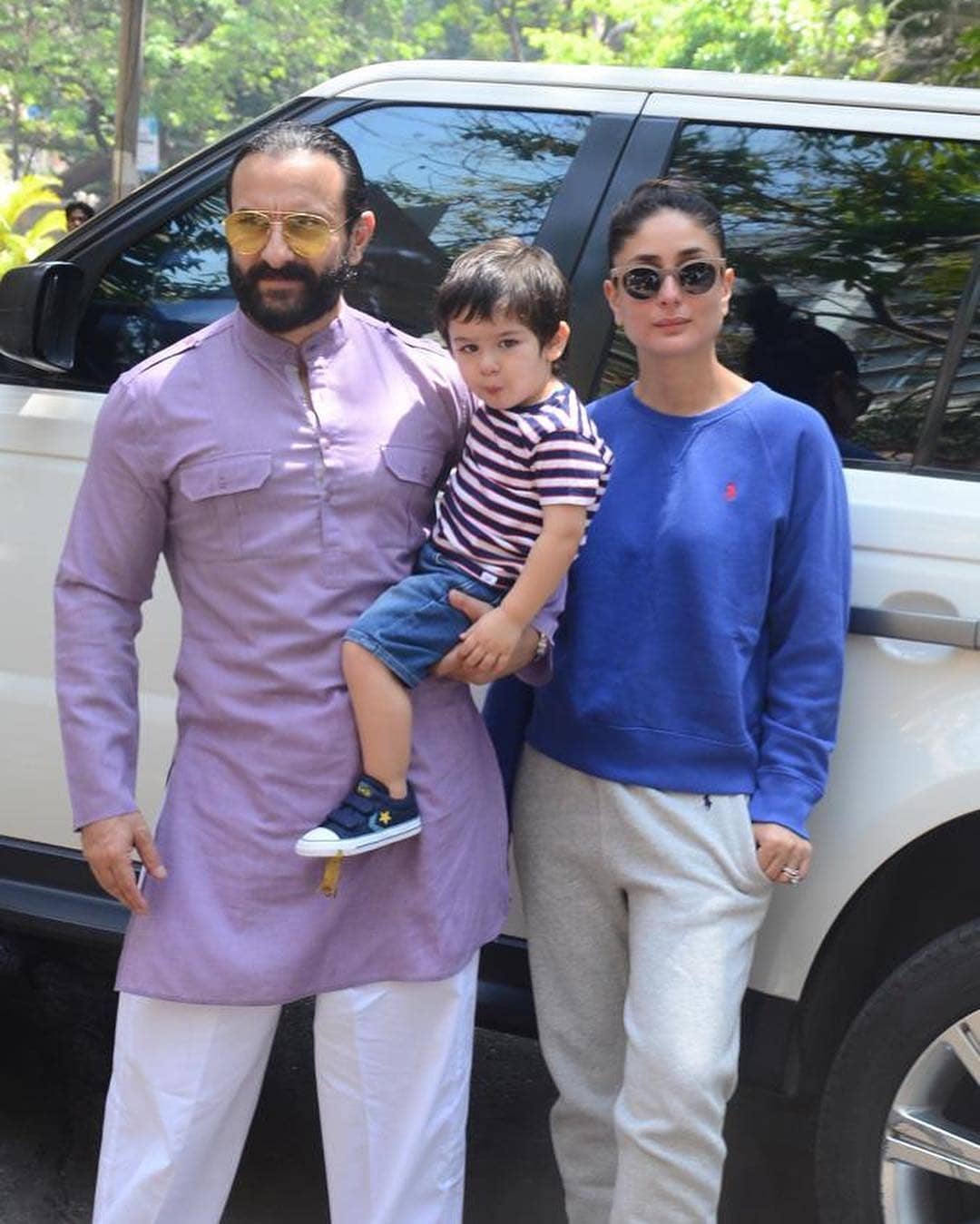 While everything seems perfect, the constant media glare often disturbs Kareena and Saif. In a throwback interview, Kareena had talked about the same, and had stated, “Maybe I’ll send him to a boarding school when he is 13. I don’t know, growing up as a star kid, going to the schools of Bandra and Juhu. He needs to see the world.” 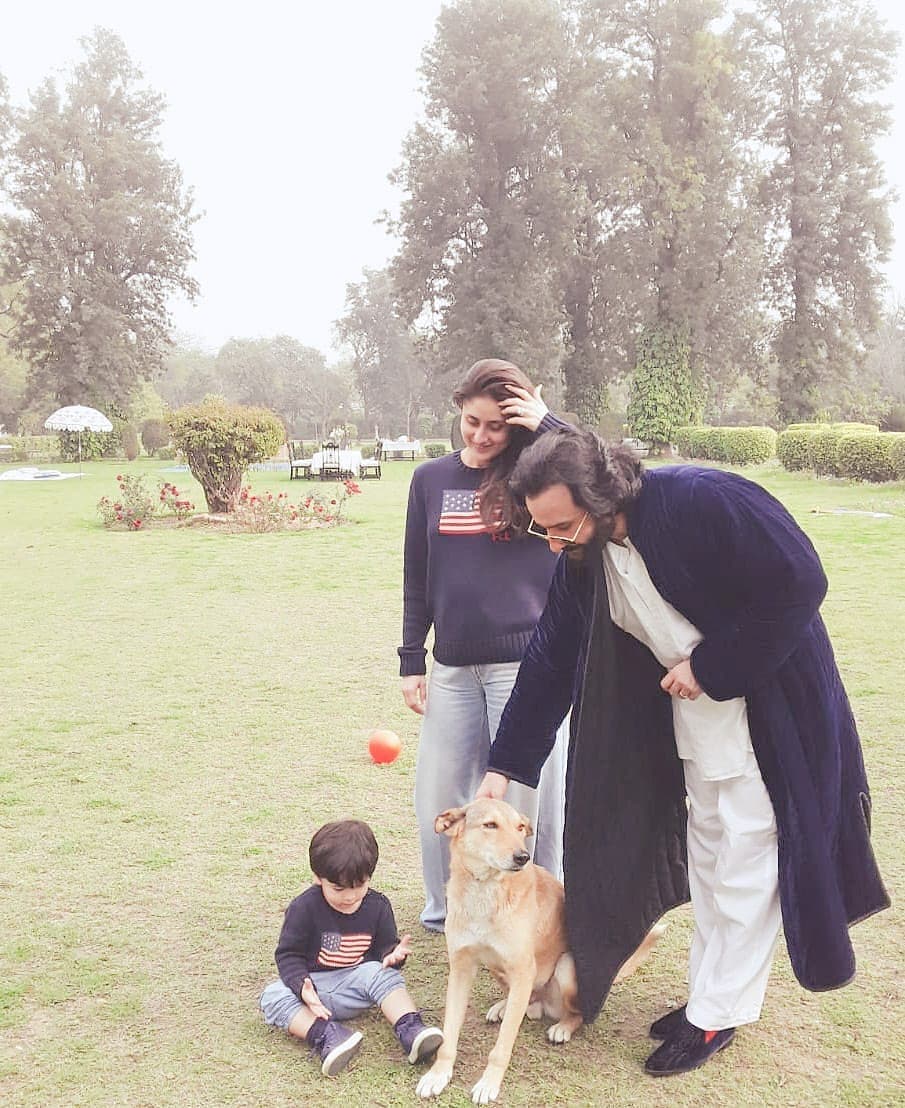 In another interview with Film Companion, Kareena had talked about the constant pressure and worry she has for her little munchkin. She had shared, “Because what am I supposed to go screaming, what am I supposed to do. So it's like dangerous for us, the test is in us. The pressure is on Saif and me more than him. He is still growing up he is still small, he is registering that he's being clicked because they are calling his name. But the pressure is more on the parents because we are worrying constantly. It's up to us to give him a normal upbringing.” (Don't Miss: Sameera Reddy Lashes Out At Moms Who Judged Kareena Kapoor Khan For Being Working Mother)

Well, we totally love how Kareena and Taimur aced their summer wear! What about you? 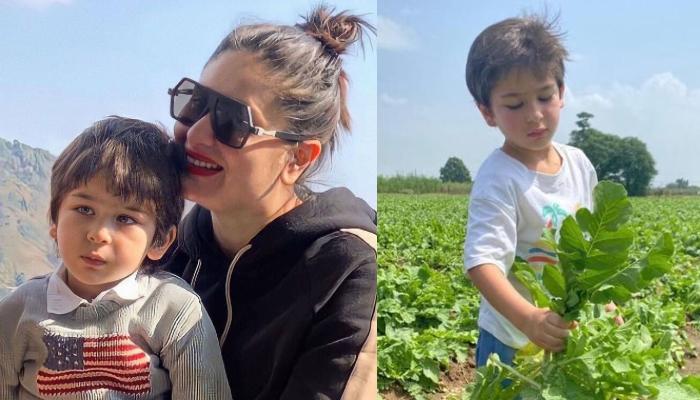 Kareena Kapoor Khan, the actress whom we all know as 'Poo' from the film, Kabhi Khushi Kabhie Gham is now a hands-on mommy to two little munchkins, Taimur Ali Khan and Jehangir Ali Khan. From following them like a shadow to being their loudest cheerleader for every little thing they