Taimur Ali Khan and Kareena Kapoor Khan attended an event in Mumbai. During the event, Taimur could be seen enjoying his time with his favourite cartoon character, Peppa Pig.

The best part about childhood was undoubtedly watching our favourite cartoon network and picking our favourite character. Whether it was Tom and Jerry or Bob The Builder, our childhood was sorted with spending most of our time with our favourite cartoon. Though today’s generation is more inclined towards Netflix, Hotstar and other online apps, the good old charm of a cartoon is still there. From fighting with our mother to get us a cartoon character toy to convince our father to take us out to watch our favourite cartoon movie, our childhood was all about cartoons. And we still are guilty of watching cartoon network and laughing out loud like a toddler in our free time. (Recommended Read: Geeta Phogat's 'Precious Little Miracle', Arjun Saroha Turns One-Month-Old, Mommy Posts Cute Picture)

From being a successful actress to being a hands-on mother, Kareena Kapoor Khan has proved that nothing can stop a woman from achieving what she wants to if she is determined. She has been giving major inspiration to many young mothers out there, who are finding it difficult to take out time for their kid from their busy schedule. Ever since she has given birth to the internet sensation, Taimur Ali Khan, Kareena has been wonderfully managing her time between her shoots and spending quality time with her little munchkin. We have seen little Tim accompanying his mommy to the sets and Kareena attending his school events to spend some time with each other. And January 24, 2020, was no different. On January 24, 2020, Taimur Ali Khan and Kareena Kapoor Khan were spotted in Mumbai together. The mother-son duo attended an event and the pictures from the event are going viral on the internet. Kareena and Taimur could be seen twinning in blue and looked perfect as they were clicked outside the event. Kareena opted for a blue full-sleeves shirt and teamed it with a pair of ripped jeans. On the other hand, Taimur donned a half-sleeves shirt with blue jeans. One video that has caught our attention among others was the one, in which Taimur and Kareena could be seen standing next to Peppa Pig (Cartoon character) and little Tim looked the happiest in the company of his favourite cartoon character.

Peppa pig seems to be Taimur Ali Khan’s favourite cartoon as we have spotted him playing with his Peppa pig inspired toy. On February 27, 2019, little Tim was spotted by the paparazzi donning a cute red t-shirt with matching shoes and cargo track pants. He was accompanied by his nanny and what we couldn’t miss was the book in his hand. Taimur was seen holding his favourite Peppa Pig’s book in his hand. (Suggested Read: Genelia And Riteish Deshmukh's Sons, Rahyl And Riaan Greet Paparazzi With 'Namaste', Wins Our Hearts)

In an episode of Kareena’s radio show, What Women Want, the actress had opened up about people who shame celeb moms. She had shared an incident where she was trolled and had said, “I have to address one thing… recently I got trolled on a photo where I was getting into a private jet… and the trolling was about how apparently, I’m a careless mother who’s letting my kid be brought up by nannies.” Kareena had given a befitting reply to all those who think she is a careless mom and was quoted as saying, “To you judgemental folks who know nothing about my life, please note that there’s a finger I’m showing you in my mind right now.” 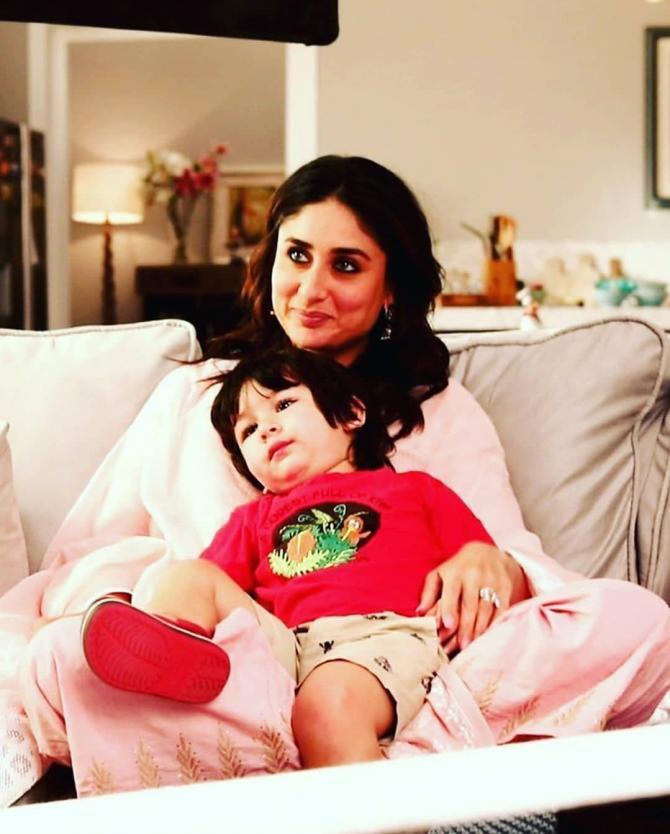 In an interview with the Filmfare, Kareena had revealed how she balances her work and family. She had said, "We women somehow know how to multitask. I’m enjoying every minute of it. I’m balancing it well. My time with my child is my time. I don’t need to flaunt it on Instagram. I don’t need to flaunt it in front of the media. Like I don’t need to carry my child at the airport to prove how much I love him. My husband too believes it’s not needed. By carrying the child in my arms I don’t need to prove that I’m a hands-on mother. Even if I have two hours with Saif, Taimur and myself in the bedroom, it’s the quality of time and wanting to be together that matters, rather than the quantity of time we spend. I come from that school of parenting." 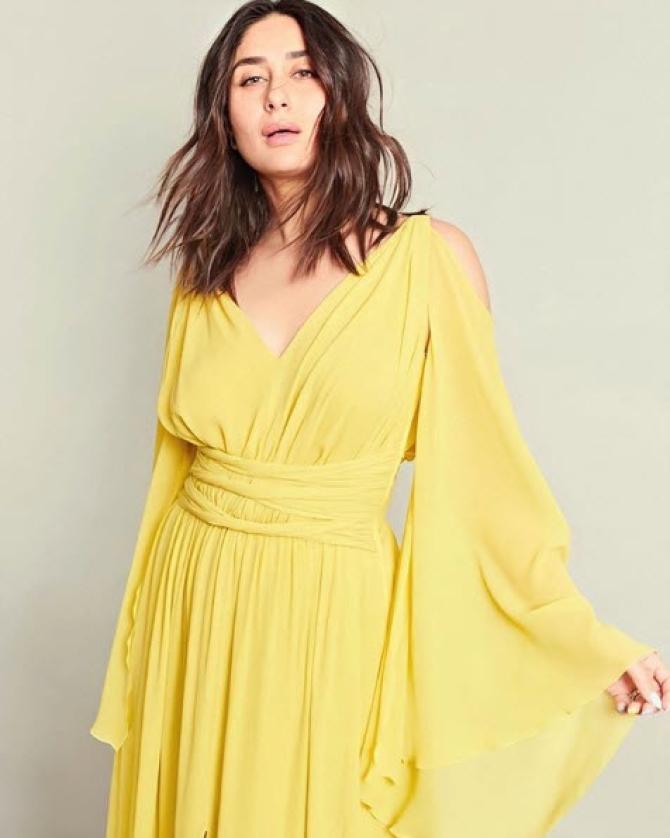 In an interview with Rajeev Masand, Kareena had shared that Saif thinks that she is the one, who is spoiling Taimur. The Veere Di Wedding actress had said that according to Saif, she spoils him silly. He often says that she doesn't know how to discipline Taimur. Kareena had also shared that Saif always keeps telling Taimur what to do and what not. She had further shared that she thinks it is because he has more experience and he is doing a wonderful job because he is giving so much time to Taimur. Kareena had also revealed that her son, Taimur has also learned to scold back, because of the fact that Saif and she always forbid him from doing things. She had shared that he keeps on telling her, "Mumma, don’t do this, don’t do that. Don’t drink this." (Must Read: Priya Ahuja Rajda's 'Let Me Love You' Photoshoot With Son Ardaas, He Looks Like A Sunshine In Yellow) We love how Taimur Ali Khan is having fun with his favourite cartoon character! What about you?