Filmmaker and writer, Tahira Kashyap shared a ground-breaking letter revealing her personal experiences of casual sexism, to smash the patriarchy. Take a look! 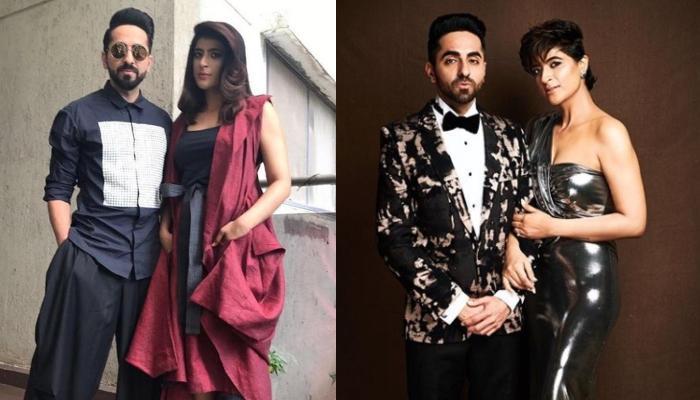 While some adore them, some call them the idols of the younger generation. While he encourages boys to become gentleman instead of 'bois', she smashes the age-old patriarchy with her powerful thoughts. Yes! We are talking about the ideal young couple of Bollywood, Ayushmann Khurrana and Tahira Kashyap. The two had met for the first time in their Physics tuition (Class 12) and had started feeling some connection. After ignoring their feelings for each other for quite some time, they had started dating and the rest is history. It has been 11 years since Ayushmann and Tahira had exchanged their wedding vows and had faced their own share of ups and downs. (Recommended Read: Gabriella Demetriades And Arik Rampal's Sun-Kissed Candid Picture Speaks Volumes Of Mother-Son Love)

With an initial adjustment and long-distance marriage, Ayushmann and Tahira had crossed oceans of tests to get where they're right now. Along the way, they had welcomed two munchkins, Virajveer Khurrana and Varushka Khurrana in their lives. 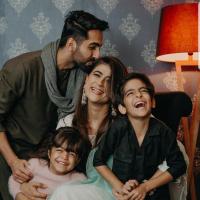 On September 11, 2020, filmmaker and writer, Tahira Kashyap took to her Instagram handle and shared a nine-slides long note on 'smashing patriarchy'. The popular writer shared some of her personal experiences with casual sexism and misogyny. One of the incidents that has grabbed everyone's attention was the one in which she revealed that once a relative made a snide remark in the context of her husband and actor, Ayushmann Khurrana performing household duties. She wrote, "He made a snide remark while slipping two tikkis into his plate, 'beta you should look after your husband, feed him more greens'. Before I could react, my wise mother quickly put two more tikki's in his plate and ushered me, the ticking time bomb, aside." (Don't Miss: Sania Mirza Shares Stunning Photos With Hubby, Shoaib Malik And Son, Izhaan From Their Time In Dubai) 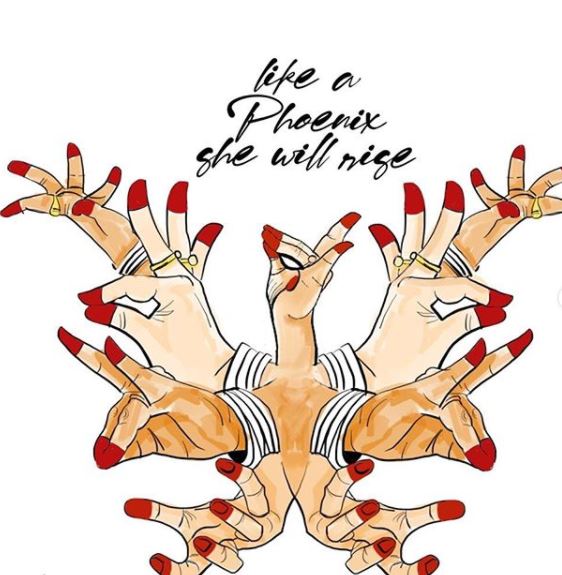 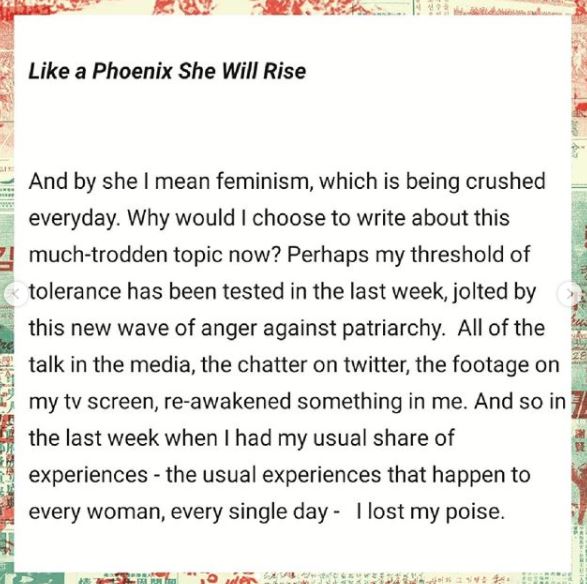 Going further in her note, Tahira revealed that she did not relent back and went back to that relative and schooled him a little. She continued, "Needless to say I was appalled at first. But once that feeling subsided, I wondered why I was expected to feed greens to the man? Red hot with anger, I turned around and went up to the relative and said, actually he is making me a salad tonight, I'll ask him to make an extra serving for himself'. I was tempted to crush his toes as I made the speech, but held myself back and simply stomped out of the living room." 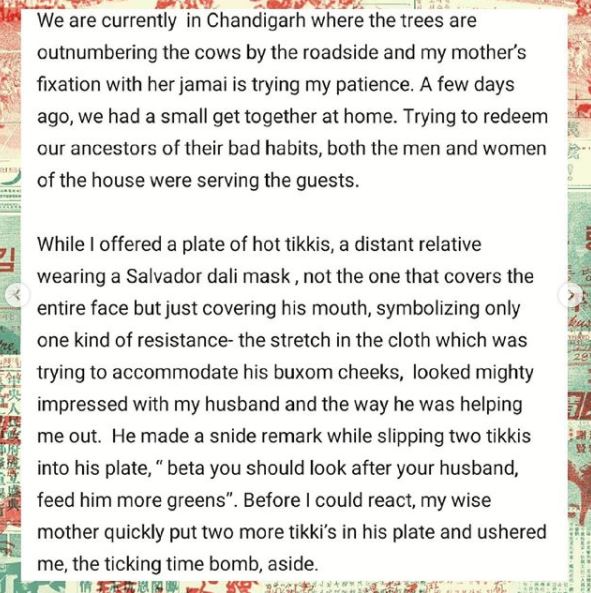 Tahira also revealed another incident that had happened some time ago, when she, along with Ayushmann, Aparshakti, and Aakriti had gone to an architect and how that that real estate agent had stunned them with his patriarchal mindset. Revealing the whole incident, she wrote, "The agent threw open the charts on the table. We huddled over it, trying to figure which room should go where. As the four of us were mulling over where to have an exclusive master bedroom space for mom-in-law and father-in-law, the agent's assistant jumped in with an ingenious suggestion. 'We should have a service kitchen along with the main kitchen, both the Khurrana bahus would want an exclusive space to cook nai?" 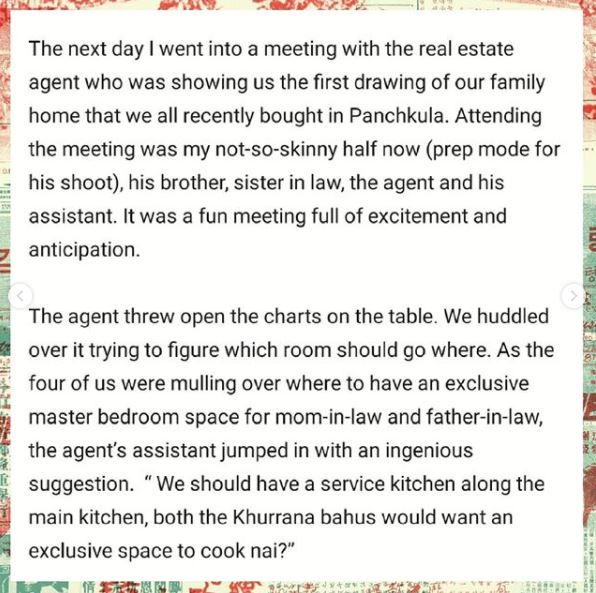 While Ayushmann and Aparshakti gave that realtor an astonished look, the ladies weren't as generous like them. Tahira continued, "The boys were generous and only gave the poor chap an astonished look. But us girls weren't that generous. This time I looked truly bloodthirsty. I think he saw embers of fire burning in my eyes. Figuring out he had said something wrong; the assistant quickly changed the subject. Till date every time I meet him and offer to get something exclusive from the kitchen for him, he vehemently refuses. I guess he doesn't want me entering the rasoda anymore." (Also Read: Kangana Ranaut's Mother Thanked Home Minister, Amit Shah For Providing Security To Her Daughter) 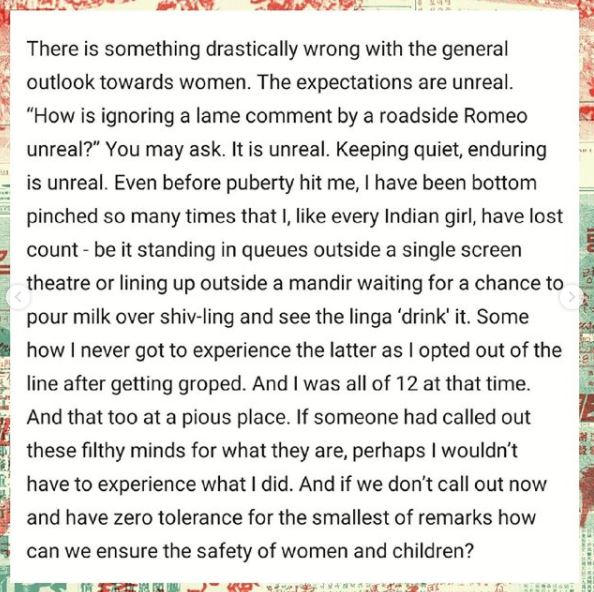 What are your thoughts on Tahira's note on smashing patriarchy? Let us know!

Ayushmann And Tahira Found A Perfect Way To Keep Kids, Virajveer And Varushka Busy During Quarantine With the Corona Virus outbreak becoming the global pandemic, the countries are emphasizing on social isolation or self-quarantine to avoid the spread of the virus. The complete lockdown of the malls, theatres, workplaces and schools have given everyone a chance to spend quality time at home. In the B-town, while