Mere yaar ki shaadi hain…you won’t believe but it is your bestie who’s the most excited for your wedding. When you go to those public gatherings together and your relatives ask you about getting married, although he/she might defend you that time by saying that you are not in a mood to get married anytime soon, but trust us, deep inside that jigar ka tukda of yours, has already decided which song to perform at your wedding! (Do Read: Prince Narula And Yuvika Chaudhary's Engagement Was A Fairytale, Looked Ethereal In Royal Outfits)

With multiple rounds of planning, years in advance, it is indeed unfortunate if due to work commitments or personal reasons, your bestie can’t make it to your wedding. And yes, we are talking about celebrities here (needless to say!). Friends since they entered the Bigg Boss house, Prince Narula is really close to ex-inmates and now besties, Suyyash Rai and wife, Kishwer Merchantt. Yes, it’s hardly a day left for Yuvika and Prince’s wedding and bestie Suyyash, unfortunately won’t be able to attend the wedding. Sharing a screenshot of a video call from Yuvika’s mehendi ceremony, Suyyash is seen lovingly looking at his best friend and his to-be wifey. He also wrote a heartfelt caption to go with the post, which could be read as, “I'm sorry for not being there. I’m feeling really bad. I was waiting for this day since forever and when it’s happening I am not there. I love u guys. Saaaari saaaari saaaaaaari khushiyan tumhari ho bass yehi dua hai. Sorry again @princenarula @yuvikachaudhary. Thank you baby @kishwersmerchantt n @ashishsharma02.” Looks like some major missing is happening for Suyyash! Here’s the picture: Speaking about becoming friends inside the Bigg Boss 9 house, remember how Kishwer gave up a task after hours of struggle, when she came in face to face with Prince? The Pyaar Kii Ye Ek Kahaani star gave up the task, returned home with Rs 15 lakh, giving a direct entry to her ‘brother’ Prince. While many people that thought that the activity has caused trouble in Prince-Suyyash-Kishwer’s relationship, this trio proved it all wrong. After being evicted out of the house and before the grand finale, Suyyash’s tweet said it all. He wrote, “Reality shows mei rishtey bante hain" prove kar diya @KishwerM. @princenarula88 you better win this now ka***ne #GundaTrio of #BigBoss9.” Here’s a screenshot of the same: (Also Read: Yuvika Chaudhary Looks Stunning On her Mehendi Ceremony, Her Heena Design Has Their Proposal Story)

Also, when Suyyash and Kishwer got hitched on December 16, 2016, it was Kishwer’s ‘brother’, Prince who had gifted her reception dress. Sharing a beautiful picture of hers, this is what Kishwer wrote, thanking Prince Narula, “This outfit is special, got married in it and this is given to me by my brother @princenarula. Kaun kehta hai reality shows mien rishte nahi bante (who says you cannot make relationships on reality shows).” 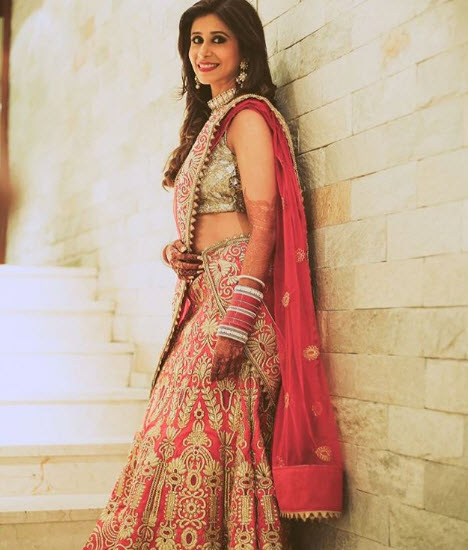 Speaking of Prince and Yuvika’s relationship, the couple had met inside the Bigg Boss 9 house itself. Looks like Prince gained a lot from the show! Also, about their wedding, the celebrations and rituals have already begun. Although the couple had gotten engaged in the beginning of the year (January 2018), the couple had a formal engagement party last night (October 10, 2018) and they looked beautiful to another level! Donned in red and white, the couple surely knows how to complement each other! Take a look at one of the pictures from their engagement : 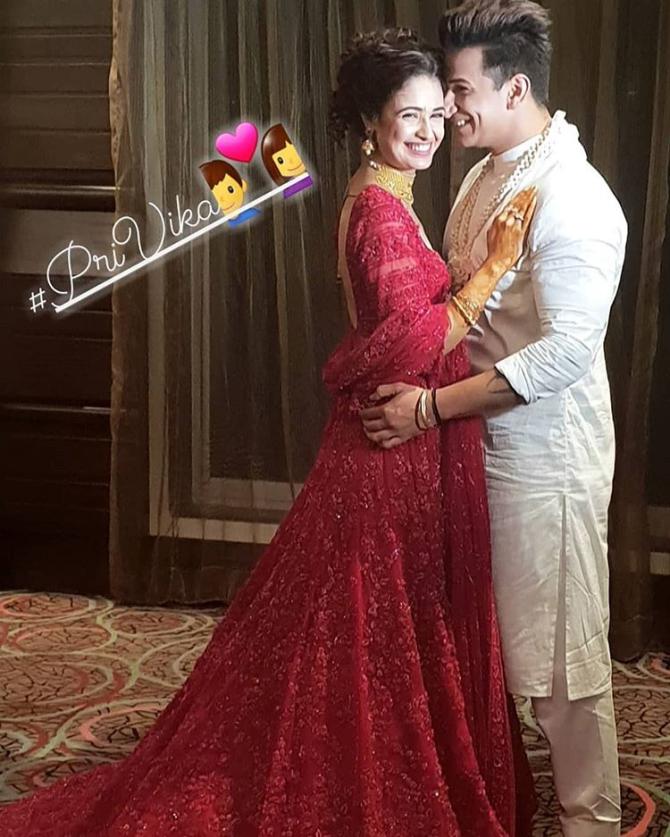 In an August 2018 interview, Yuvika spoke about having pre-wedding jitters. This is what she had said, “Yes, of course, I have jitters, and this is a different stage of my life. When the marriage date comes close, you have jitters and excitement both. It's a different life altogether. The beauty of our culture is that a girl has to leave her home. I have been living with my family so yes it's a big change for me." She further added, “When I am roaming around with Prince, I have to come back home as there are certain rules and I really love that. I know I am getting married soon and, in this time, you get more close to your family. The feeling of getting married is beautiful but you do have jitters." (Don't Miss! Yuvika Chaudhary And Prince Narula's Pre-Wedding Ceremonies Begin On An Auspicious Note With Havan)

Can totally feel you Yuvika! We wish you and Prince tonnes of love and happiness for the rest of your lives!