Hrithik Roshan and Sussanne Khan had broken the hearts of millions when they had parted ways. But, their lovely camaraderie post their split has always been winning our hearts.

When someone breaks our heart, it becomes difficult for us to think about being in talking terms with that person. But, if we keep our differences aside and become friends instead of enemies, life becomes easier for us to handle and manage. It seems to be a tough decision to take, but if we let bygones be bygones, it becomes an easier task. From Deepika Padukone and Ranbir Kapoor to Anurag Kashyap and Kalki Koechlin, we have come across many B-town celebs, who share a cordial relationship with their exes.

One of the B-town couples, who had made us believe that exes can actually be friends without any hatred is, Hrithik Roshan and Sussanne Khan. The ex-golden couple of Bollywood, Hrithik and Sussanne had broken the heart of their fans, when they had decided to part ways and had ended 17 years of blissful togetherness. Hrithik and Sussanne’s divorce was finalised on November 1, 2014. But the two have always maintained a cordial relationship post their divorce and had been spotted vacationing with their kids and going for dates. (Recommended Read: Kareena Kapoor Khan Commented On Ex-Beau, Shahid Kapoor's Kabir Singh Character) 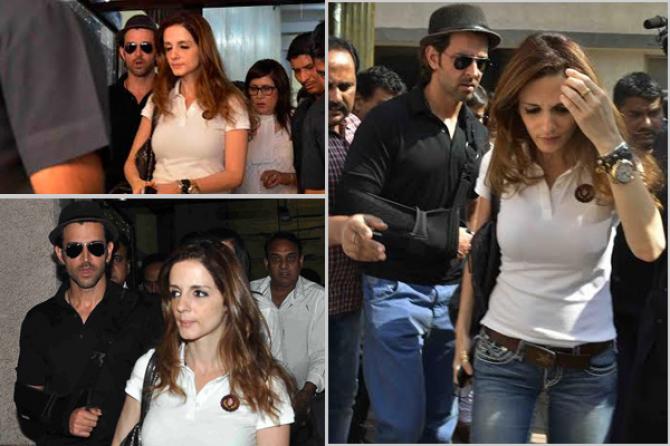 On October 10, 2019, Hrithik Roshan had taken to his Instagram handle and had shared a video of a poster from the film wherein an injured Kabir (Hrithik’s character in the movie, War) could be seen tied to ropes. He had worded the post as “You’ll keep beating him down N yet there he sits, on his throne. He owns this space This is his party And you were actually invited. Now beat him again . Go on I dare you. K.A.B.I.R.” Soon after Hrithik’s post, his video was flooded with praises and appreciation from his industry friends and fans. But one comment which caught our attention was of his ex-wife, Sussanne Khan. She commented, “Ufffffffffffff.”

In an interview with Filmfare, Hrithik Roshan had spoken about his relationship with ex-wife, Sussanne Khan post their split. He had stated, “I share a wonderful relationship with Sussanne. She’s been and still is a huge part of my life. Just like me, she’s someone who’s constantly striving to be a better human being. It’s nice when people tell me that our relationship is inspiring for them. At the same time, it’s sad that it’s rare for separated couples to find a peaceful, happy and healthy equation. That should change. We must all strive towards a better understanding of the world, a better understanding of ourselves.” 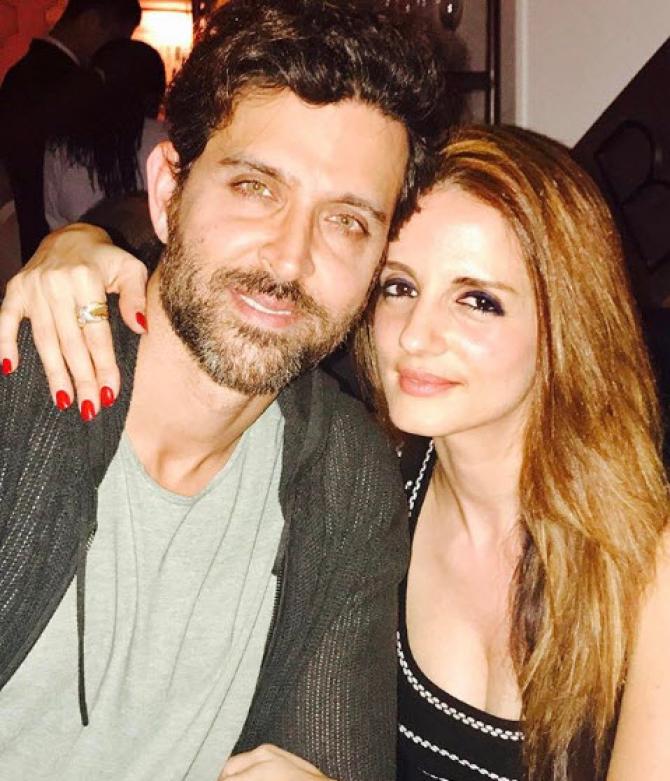 Hrithik Roshan and Sussanne Khan are good friends post their divorce and proud parents of two sons, Hrehaan Roshan, 12, and Hridhaan Roshan, 10. The family has been spotted spending quality time with each other on many occasions and we enjoy their bond. In a throwback interview with GQ magazine, Hrithik had stated, “It’s a beautiful relationship. With our kids, with us as friends, it’s all about wisdom. One thing is for sure: Love can’t turn into hate. If it’s hate, it wasn’t love. The flipside of love Is also love. Once you understand that, you’ll keep finding ways back into love." (Suggested Read: Jaya Bachchan's Reaction When Amitabh Bachchan Was Declared 'Clinically Dead' After Coolie Accident) 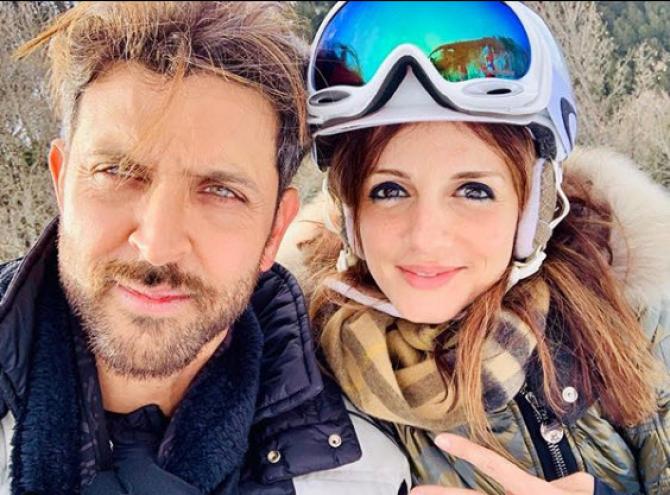 The duo has been spotted on lunch and dinner dates at many occasions, due to which there were speculations that the two were trying to get back together. But Sussanne had cleared the air about such rumours and had taken to her Twitter to clarify things. She had stated, “Like I always said, Hrithik and I are parents first and have to be in-sync regarding our priorities as parents in order to make sure our boys get the best upbringing. They are and always will be our main priority. So, the two of us having lunch with them doesn't mean we are holidaying together." 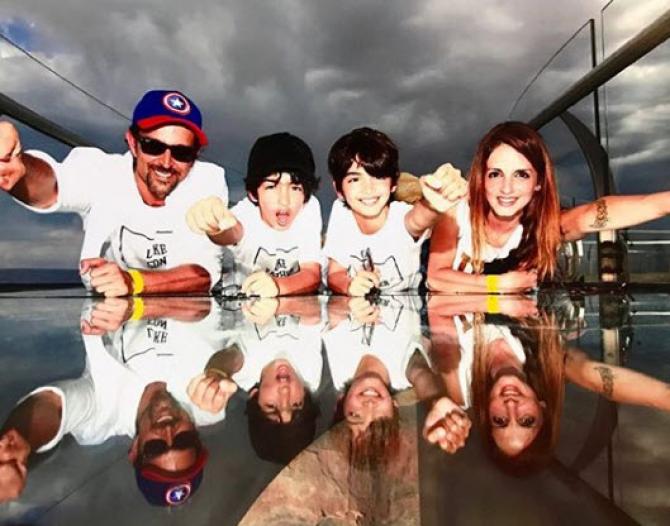 Their separation and later divorce had created a lot of stir among the public and their fans were left heartbroken. Sussanne had shared the reason behind their split and had said, “We had reached a stage in our lives where I decided that it is better, we weren't together. It was important to be aware of and not be in a false relationship. We are close (friends)." In another interview, she had shared, " We do chat a lot even though we don't hang out together anymore. But above all, we are very committed to our children. We are respectful towards each other. When children are involved, it's important to put our differences aside and protect them." 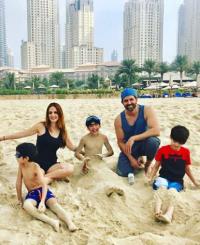 Hrithik has always been fond of his ex-wife, Sussanne and kids, Hridhaan and Hrehaan. In one of his Instagram posts, Hrithik had shared a video of Sussanne and his kids and had written an emotional note for them. The same could be read as “Here is Sussanne, my closest friend (also my ex-wife) capturing a moment with me and our boys. A moment in itself. It tells a story to our kids. That, in a world separated by lines and ideas, it is still possible to be united. And that you can want different things like people and yet stay undivided. Here’s to a more united, tolerant, brave, open and loving world. It all starts at home. #beOpen #bebrave #artoflove #tolerance #courage, #loveisgreaterthanfear."#childrenarethefuture #harmony." (Do Read: Alia Bhatt Shares An Emotional Note For Sister Shaheen Bhatt On Her Fight With Depression)

We are in love with Hrithik Roshan and Sussanne Khan's lovely bonding. What about you?