Recently, Sushmita Sen shared a video of her 'in-house' Hermoine Granger from the Harry Potter series, her little princess Alisah and it reminded us of our childhood days! 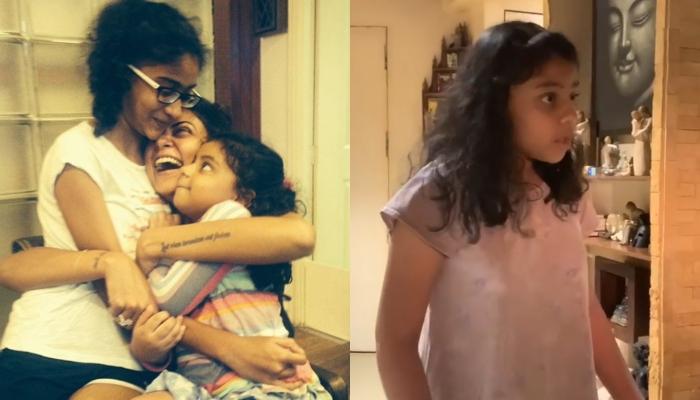 What is that one thing which always makes a mother beam with pride? It is seeing her kids grow and achieve milestones in life. The emotions of a mother, when she looks at her little ones turning into beautiful human beings and achieving something on their own by following their passion is something which is beyond the power of mere words to be described! Bollywood's yummy mommy, the 43-year-old gorgeousness, Sushmita Sen is incredibly proud of her little girls, Alisah and Renee, and just like their versatile mom, the girls also inherit multiple talents. Scroll down to check out Alisah impersonating our favourite movie character from our childhood! (Recommended Read: Ekta Kaul And Sumeet Vyas Become Parents, Elated Daddy Announces The Arrival And Name Of Their Baby)

Sushmita shared a video of Alisah speaking dialogues of and acting like the very famous, Hermoine Granger and the video is a pure delight to the eyes. Seeing Alisah trotting around like Hermoine, it fills the heart with utter joy as to Sushmita's princess's sheer brilliance in acting. Scroll down to check out the video! 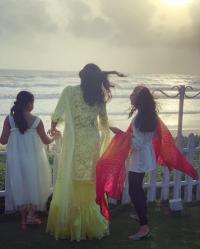 Sushmita Sen took to her Instagram handle to share a cute video of her 'in-house' Hermoine, her little munchkin, Alisah, impersonating Hermonie Granger of the very popular Harry Potter series! Little Alisah can be seen narrating famous dialogues of Hermoine with the same poise and perfection. The video has made the demands of 'seeing more of Alisah' even bigger, as the little princess has won peoples' hearts by her acting skills. It seems the day is not far when we shall see Alisa's debut in Bollywood! Sushmita captioned the video as "My forever sunshine on a rainy day!!! Meet our very own #hermionegranger SHE is magical!!! #lifeisgood #harrypotter #entertainment #daughter #love #toocute #duggadugga. I love you guys!!!." Check out the video below:

The house of talents and the doting mother, Sushmita Sen always shares snippets of her daughters, Renee and Alissa's various quarantine activities. On May 18, 2020, Sushmita shared a video of her girls, Renee and Alisah playing the tune of Andy Williams’ famous song Love Story on their piano, on her Instagram handle. Seeing her daughters play the soulful track, Sushmita had become emotional and had captioned the video as “My #lovestory. I love you guys!"

Sushmita Sen is a figure of exemplary inspiration of what a self-made woman looks like! From winning Miss Universe title at the age of 18 to making a name for herself in the industry and then going against all odds to adopt a girl at the age of mere 25, Sushmita had broken the shackles of all stereotypes and conventions prevailing around females. Sometime back, Sushmita had attended an event at Federation of Indian Chambers of Commerce and Industry (FICCI), Hyderabad. Where she had spoken about how adopting her two daughters, Renee and Alisah, was not an act of charity for them, but a way to protect herself. Speaking about motherhood, the 43-year-old diva had shared that she might not be the biological mother of her daughters, but she has given birth to them from the heart. (Also Read: Kartik Aaryan Reveals That He Wants To Marry A Girl Like Deepika Padukone And The Reason Is Amazing) 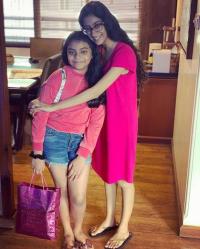 She had said, "In the natural birth, the mother and the child connect through the umbilical cord but in adoption, the mother and the child are connected by this higher power, a connection that you cannot cut off. I have had the privilege of experiencing it twice. To become a mother who has given birth from the heart. I have not missed a day of feeling the joy of motherhood." (You May Also Like: Sonali Bendre Opens Up On Her Bond With Her 14-Year-Old Son, Says, 'I Am Not My Child's Friend')