After watching 'Dil Bechara', Sushant Singh Rajput's best friend, Mahesh Shetty wishes if only Sushant was here! Scroll down to see the BTS photos of Sushant, his best friend shared on his IG handle!

Sushant Singh Rajput was not the kind of actor, who we often witness, for he had the conviction and expertise to make us feel the emotions, his character felt in movies! And having watched Dil Bechara, we can only say, our Dil Bechara still hasn't come to the terms that it was his last! Sushant was a brilliant mind, who had refused to walk the herd walk. He had lived a life that we all can only dream of having. He had believed that the only way to get success was through sheer hard work, and there wasn't a day when he had tried to run away from doing his best. (Recommended Read: Rana Daggubati Announces His Wedding Date With Miheeka Bajaj, Says, 'He Is Excited for The Big Day')

Dil Bechara is Sushant's last film which is a remake of the iconic movie, The Fault In Our Stars. Ever since the makers had announced the release of the film on the OTT platform, Disney Plus Hotstar, rather than in theatres, #DilBecharaOnBigScreens had started trending all over the internet. Sushant's family also, was not happy with his last film getting a digital release.

Sushant Singh Rajput's Best Friend, Mahesh Shetty Wishes If He Could Have Picked Up His Last Call

In a conversation with ABP news, the actor's cousin had said that they are disappointed by this decision and want the film to release on 70 mm only. Sushant's cousin had also said that the actor has been working in films so that they could release it on big screens, not on digital platforms. In his words, "As a tribute to the actor, makers should release the film on big screens so that everyone could watch it each easily. So we want the film to be released on the big screen only and nowhere else." After watching Dil Bechara, Sushant Singh Rajput's best friend, Mahesh Shetty told SpotboyE, "It was too difficult to watch this." He also shared an array of BTS pictures and videos of Sushant from the sets of Dil Bechara, on his IG handle and wrote, "My hero. What a beautiful film @castingchhabra. #dilbechara #behindthescenes #bts #whatajourney #ranchi #SushantSinghRajput #missyoubro #whydidthishavetobeyourlast #wishyouwerehere #wastoodifficulttowatchthis #myhero #foreverinourhearts #justiceforsushant #tilliseeyouagain."

Did you know that Sushant's last film, Dil Bechara, had taken almost two years to see the light of the day? Now it's finally out for the audiences, and everyone is showering love for the late actor's last film for the last time! Sushant Singh Rajput's former girlfriend, Ankita Lokhande too, had cheered for him. She had taken to her Instagram handle and had shared the poster of his film. Along with it, she had written a heartbreaking note, "From #PavitraRishta to #DilBechara. One last time!"

Sushant's girlfriend, Rhea Chakraborty too, had expressed her excitement to celebrate the 'hero of her life'. Sharing a still of Sushant from Dil Bechara, on her IG handle, Rhea had written, "It will take every ounce of strength in me to watch you. You are here with me, I know you are... I will celebrate you and your love, The Hero of my life. I know you will be watching this with us." (Also Read: Kareena Kapoor Khan's Tiny Tot, Taimur Ali Khan Looks Cute As He Visits His 'Massi' Karisma Kapoor) 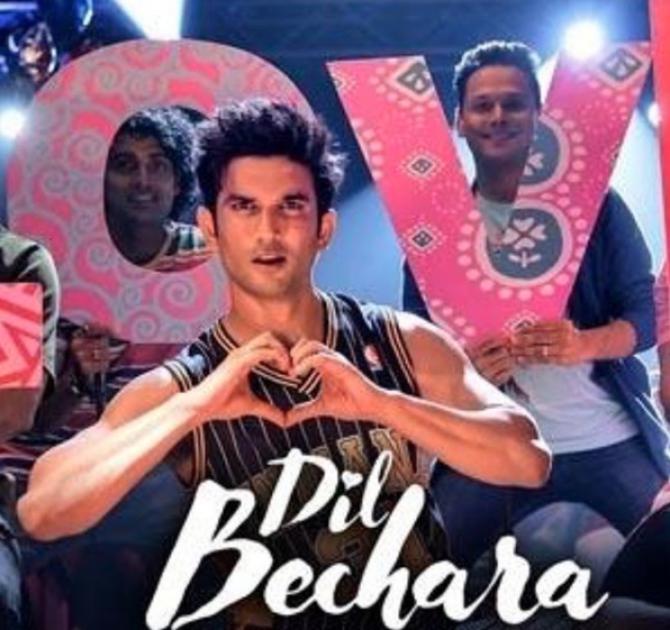 Once in a generation, an actor comes who makes us feel that he belongs to us, and Sushant was definitely one of those rare gems, who bid farewell too soon! On July 22, 2020, the entire nation had participated in the peaceful candle march for Sushant Singh Rajput digitally and had lighted #CandleForSSR. A never before seen kind of revolution is taking shape. The fans are leaving no stone unturned to get a CBI enquiry for the late actor. In fact, his ex, Ankita Lokhande, had also lightened a diya for him. She had posted a picture of the same and had written, "HOPE, PRAYERS AND STRENGTH. Keep smiling wherever you are." (Don't Miss: Siddharth Nigam Misses Rumoured Girlfriend, Avneet Kaur On The Sets Of 'Aladdin: Naam Toh Suna Hoga') Did you watch Dil Bechara yet?

Sushant Singh Rajput's Best Friend, Mahesh Shetty Wishes If He Could Have Picked Up His Last Call