Valentine's Day is here and undeniably, we, as Indians, have been shaped by our larger-than-life love stories of Bollywood. With the whole world immersed in love today, on February 14, 2019, another Bollywood love story is all set to sweep us away in the romance. (Suggested Read: Boney Kapoor, Brother Anil Kapoor Reach Chennai To Hold Puja For Sridevi's First Death Anniversary)

Wondering which film? Well, it's Sunny Deol's son, Karan Deol's debut film, Pal Pal Dil Ke Paas. The movie stars Karan along with Sahher Bambba and is scheduled to release on July 19, 2019. Papa Sunny himself has shared the first poster of his son's film on social media, along with the caption, " As a father, I am nervous at the same time I am proud to present my son’s first poster. Today @imkarandeol begins his cinematic journey, wishing him love, luck and success. Presenting to you #PalPalDilKePaas starring Karan Deol and @sahherbambba." 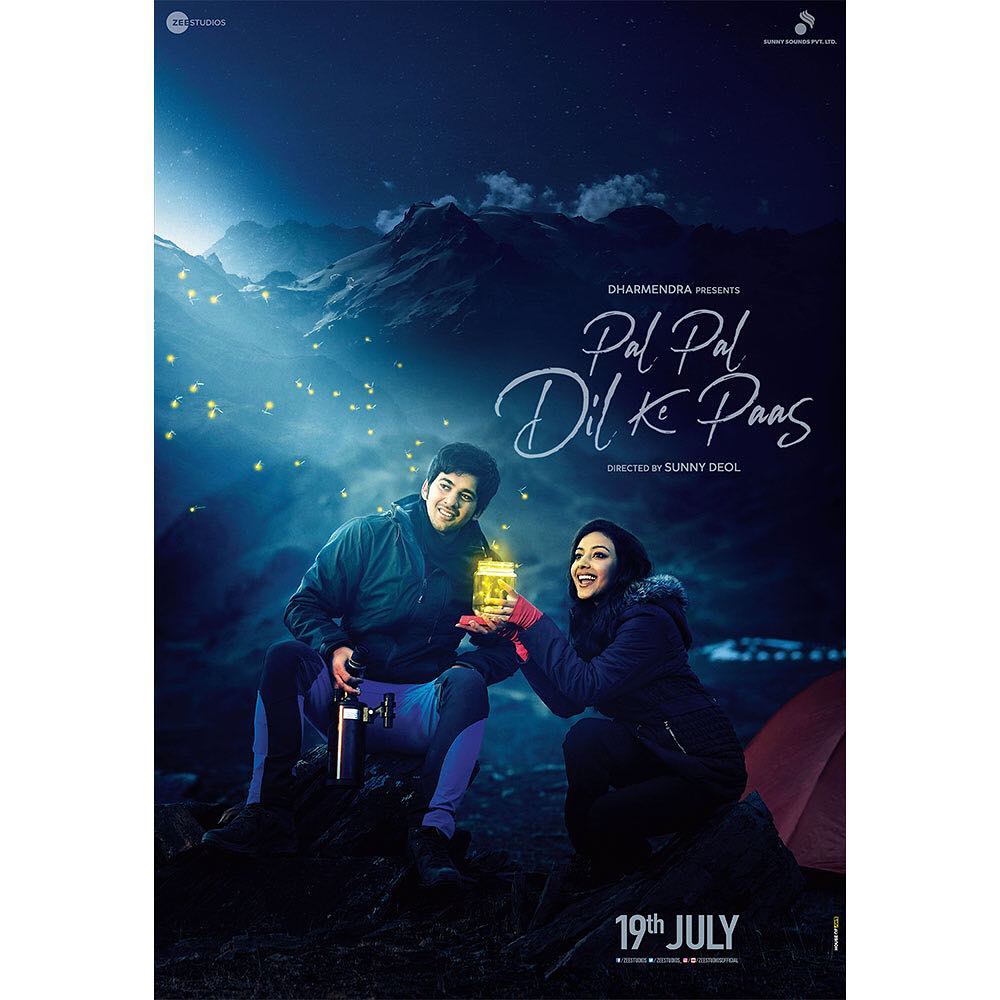 Sunny Deol also took to Twitter and shared the following cast poster of the film and wrote, "For a father, it’s a moment of pride to look at their children achieve what they have always strived for! Presenting to you #PalPalDilKePaas starring #KaranDeol and #SahherBambba @ZeeStudios_ @shariqpatel @SunnySuperSound." The film's production house, Zee Studios, wrote on their Twitter handle, "Get ready to embark on a beautiful journey of love. Introducing #KaranDeol and #SahherBambba in #PalPalDilKePaas in cinemas on 19th July." (Also Read: Anushka Sharma And Virat Kohli Celebrate Valentine's Day At Virat's Delhi Restaurant, Pics Inside) 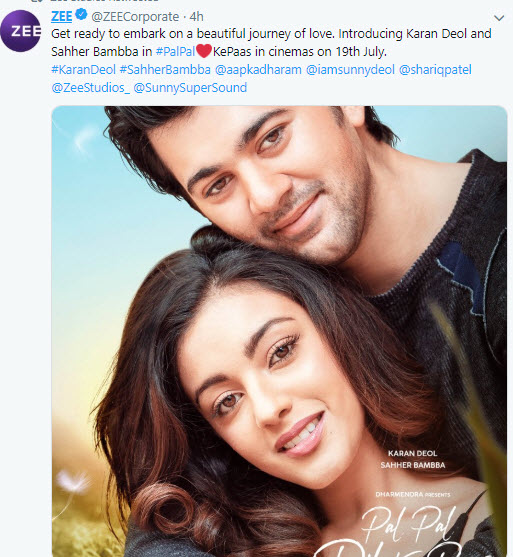 Sunny had earlier compared Karan’s launch to his own when he had made his debut in the 1982 film, Betaab. Sunny Deol was launched opposite Amrita Singh and the film was produced by his father, Dharmendra. Sunny Deol was quoted as saying, “When I came in the industry I was mentally prepared. I am sure he is coming in his own way the way I came in. Rest is up to him how he portrays himself, the subjects he chooses, how he does the job and that is all up to him." According to a leading daily Pal Pal Dil Ke Paas is a love story of our times. Talking about the shooting of the film, a source had shared with the portal, "Most days, the shoot commenced early in the morning. It was a difficult schedule as some sequences were shot at very high altitude amid extreme weather conditions. Besides Manali and Mumbai, a brief portion of the film is set in Delhi." Sunny Deol is married to Pooja Deol and the couple has two sons- Karan and Rajveer. Commenting on Rajveer's career, the doting father had recently shared, “I will direct Rajveer’s debut film also. We will start planning his launch vehicle after Pal Pal Dil Ke Paas releases. The thing is, in the past, directors knew how to handle actors and people better, which is not quite the case today. In this case, he is my son and I know him really well. He’s currently assisting me, so by the time we are ready to start his film, he will know how to work with me as an actor, too.” Sunny had further added about the challenges of directing his own son. He had retorted, “I don’t think like that. As a matter of fact, when I was shooting for Betaab, my father had instructed the director that I should not do any action scenes on my own. While the body double failed to get on top of a horse, it was easy for me because I was a sportsperson. I could run and do it all by myself. So today, when I am directing my son, I can’t treat it like a pahad on my head. I don’t want that to burden my thoughts. I am not too conscious of the fact that Karan is my son. I love working on my instincts, which I might lose if I get very conscious. I start second-guessing my decisions, which is a bad idea.” (Must Read: Karisma Kapoor's Ex Husband Sunjay Kapur's Wife Priya Sachdev Shares First Pics Of Their Newborn Son)