Bollywood actor, Shah Rukh Khan's little girl, Suhana Khan is making headlines with her looks and her witty social media posts. Check out as she shares another cute picture with her favourite boys!

We all will agree that it is not easy to accept the fact that having a sibling is actually the best gift, which our parents have given us. The bossy nature of siblings and their silliness is the main ingredients that make our childhood more memorable. From being our worse enemies to biggest critics and best friend, we have literally seen a drastic transition in them over the years. While there are days when we are not on the same page, there are also days when we cannot even imagine our life without them. And a similar 'sweet and sour' relationship is shared between Bollywood actor, Shah Rukh Khan and Gauri Khan's kids, Aryan Khan, Suhana Khan and AbRam Khan. (Recommend Read: Gauahar Khan And Zaid Darbar Are Already Engaged And Will Tie The Knot In December, Details Inside)

We all know that Shah Rukh Khan is a super cool dad and shares a beautiful relationship with his kids, Aryan Khan, Suhana Khan and AbRam Khan. The actor shares a friendly bond with his two sons, Aryan Khan and AbRam Khan, but when it comes to his angel, Suhana Khan, he is extremely possessive for her. We remember once on Karan Johar's show, Koffee With Karan, Shah Rukh had stated that he will rip off the lips of the guy, who kisses his daughter. 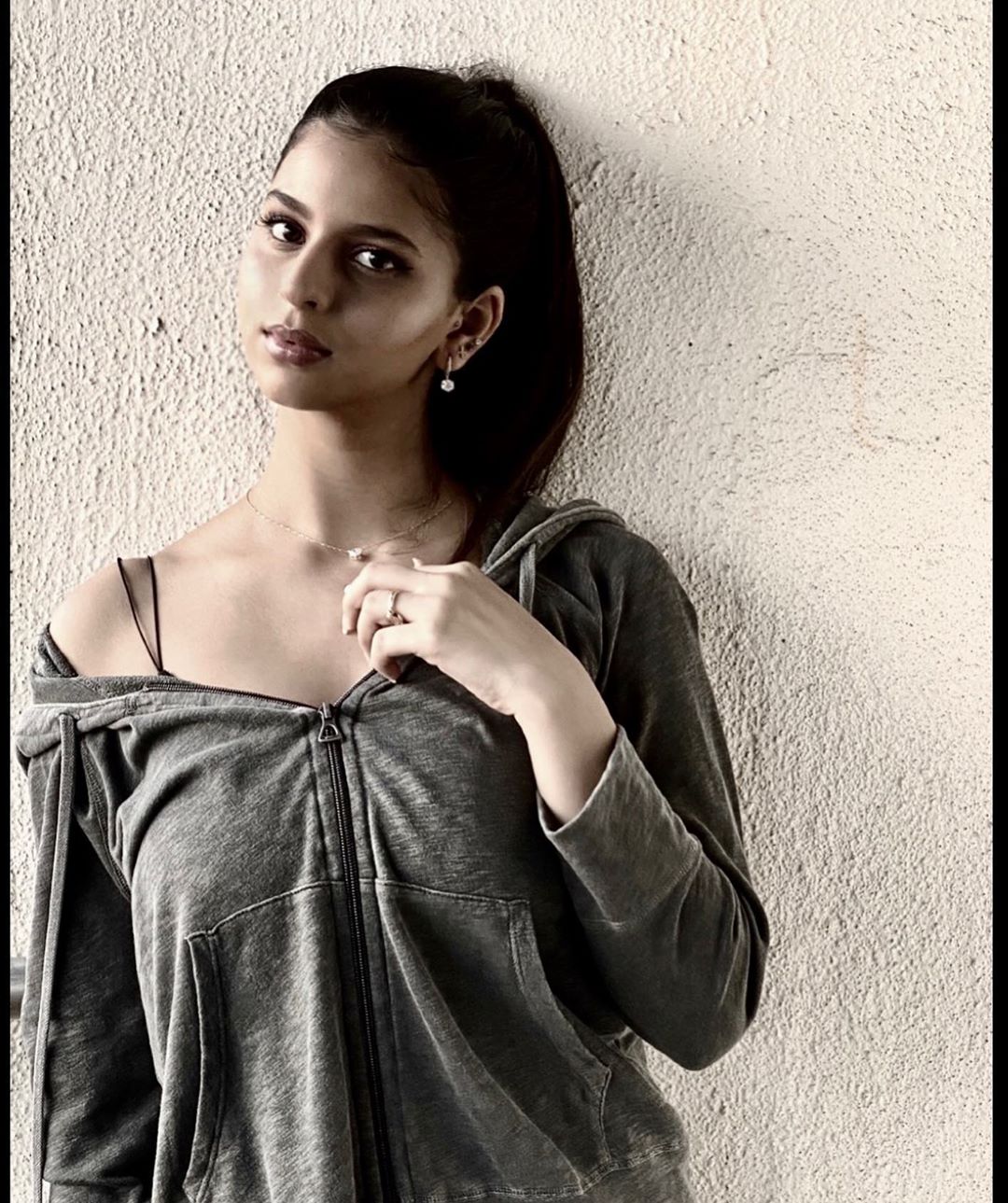 On November 3, 2020, Suhana took to her Instagram handle and shared a beautiful picture with the best boys of her life. The star-daughter posted a picture with her daddy, Shah Rukh, and brother, AbRam and Aryan on her IG stories. In the picture, we can see AbRam in the arms of Shah Rukh, while Suhana was leaning on her bhai, Aryan's shoulder. And it was Suhana's caption which revealed that Aryan didn't want her to post this picture, but she found a way. The starlet wrote a caption, which can be read as "He won't let me post this pic, but I want to so I'm gonna do this. Fam Time." Check it out below: 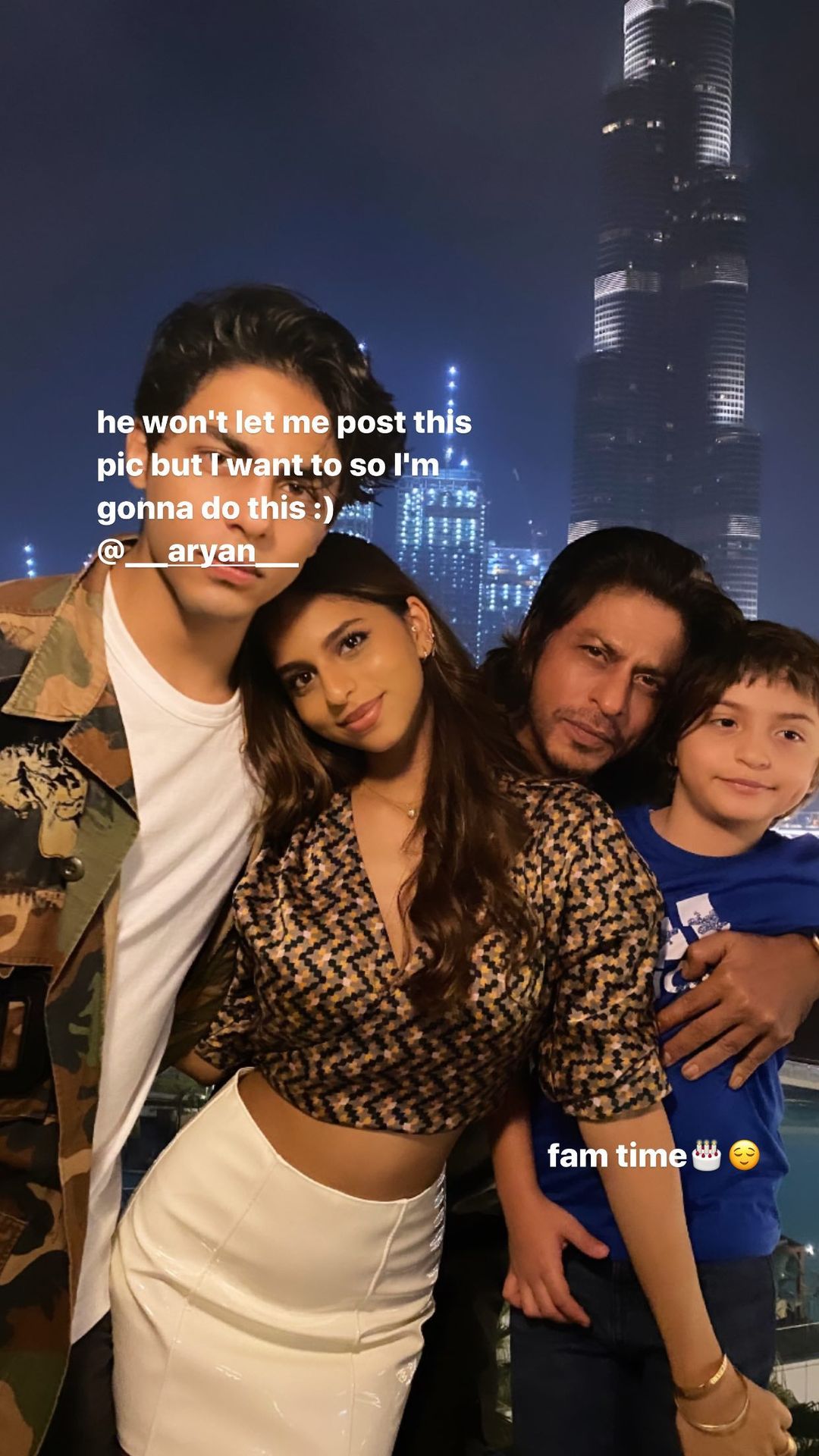 Earlier, in an interview with the DNA, Shah Rukh had talked about his relationship with his kids. He had shared how he is as a father and  his bond with his elder son, Aryan. The actor had stated, "I’m a really cool father. When I am with Aryan sometimes, we just lay down in our shorts without our shirts and we crack some dirty jokes. He gets really excited telling me about gaalis he’s learnt. I’m from Delhi and I’ve also been that age and my vocabulary of Hindi gaalis is fantastic (smiles). So when he tells me one, I tell him that I’ll teach him another version of it. So that’s cool." (Also Read: Vicky Kaushal Wishes His Mother, Veena Kaushal On Her Birthday, Proves He's The Son Every Mom Wants) He had further added, "We talk a little about filmmaking because he’s learning that. But he would like to recede from that because he wants to learn it on his own. We watch films and while watching them, we talk about certain aspects of filmmaking. We talk about getting into trouble, picking up fights, how to beat up the other guy or answer back when a guy messes with you. He talks about his ambitions, and where he would like to be one day. But he’s very clear that way. He just wants to be bigger than me and that’s cool. Then, we make fun of family members — he does this, she does this. We also go shopping, buy some boy T-shirts. He’s more colourful than I am, which is nice. He’s not grey, blue and black like me." 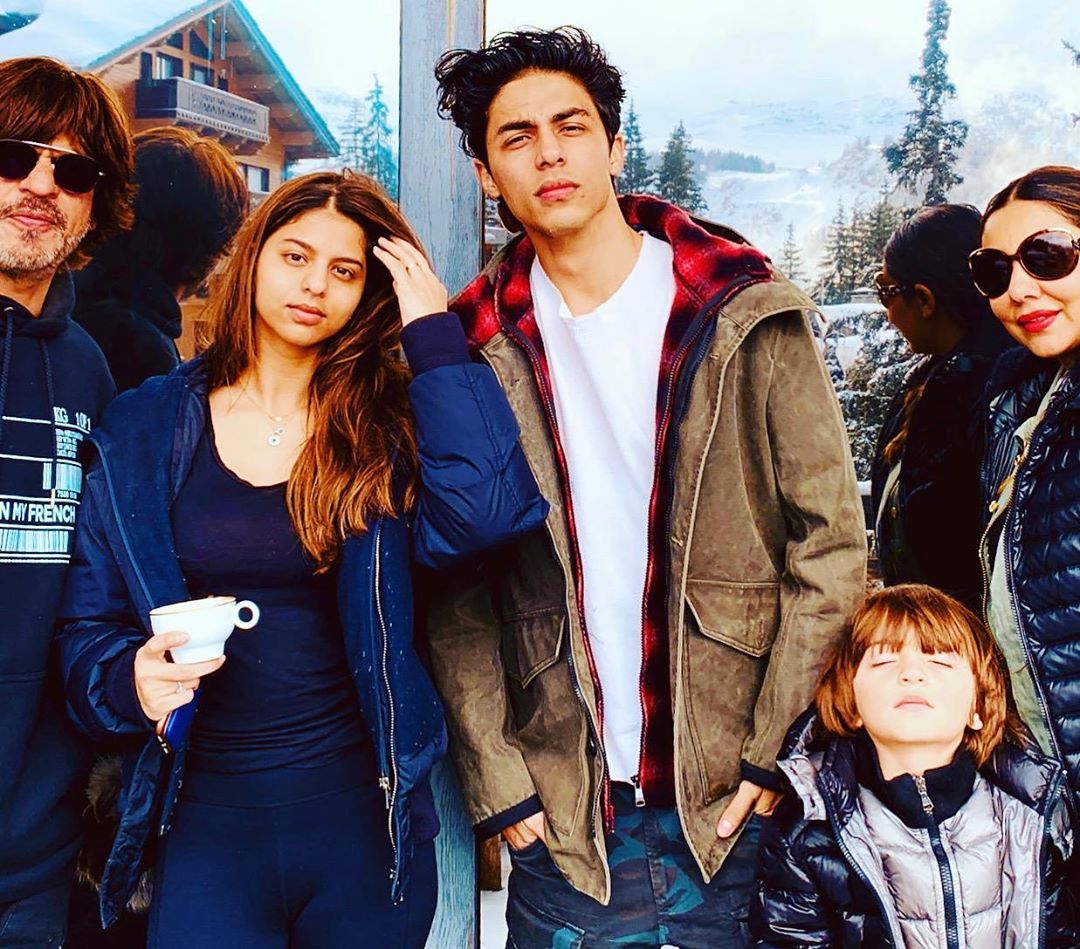 In an interaction with David Letterman, Shah Rukh had talked about his daughter, Suhana's boyfriend problems. He had shared, "I sort out all their problems and hate it when they have boyfriend/girlfriend problems. I just want to say 'kick that person out' but you know then I say, 'in life, it happens that you have to give and take in relationships darling.' I hate explaining it to her. I want to tell her this guy is no good. But I have to sometimes choose presents for him which is like the worst thing possible. 'Papa what do you think he'll like?' Oh, he'll like a 'enacts punch' on his face." (Don't Miss: Kangana Ranaut Brings Back Vintage Fashion As She Gears Up For Cousin's Wedding, Poses With Nephew)